Seven brand new bars, restaurants and coffee shops across Manchester (and slightly beyond)

We thought this far into December, we might be able to take a break from writing about new openings and go to the pub, but it hasn’t turned out that way at all. Loads of shiny new places are still springing up, clambering to catch the pre-Christmas crowds.

From TV-themed band waggon-jumping joints to a ramen revolution, we've rounded up the latest batch of new spots to eat and drink... 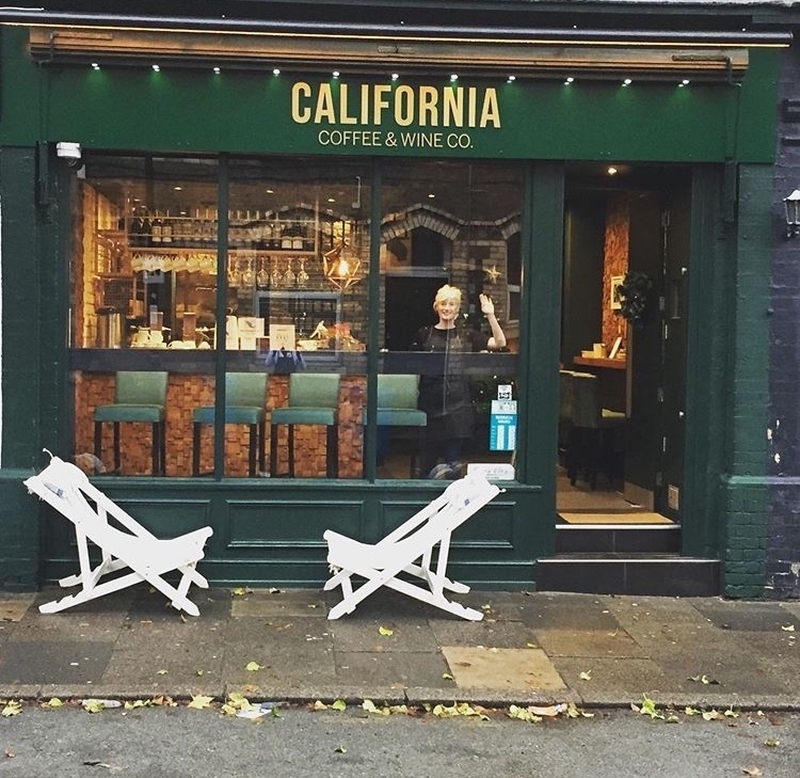 After working hard and saving up for a long time, Diana and Justin Orozco finally opened the doors to their own venue: California Coffee and Wine. The strapline for their new all-day enterprise, which opened in Altrincham this week, sums it up: ‘come for coffee and stay for wine’. Organic, ‘better than fair trade’ coffee beans are roasted fresh every morning before being pumped through with alkaline ‘restored’ water to make the perfect cup of Joe. Many of the Californian wines on offer are organic, natural, biodynamic and low in sulphates. Food is made fresh on the premises and the menu has been designed to match the all day drink offer. 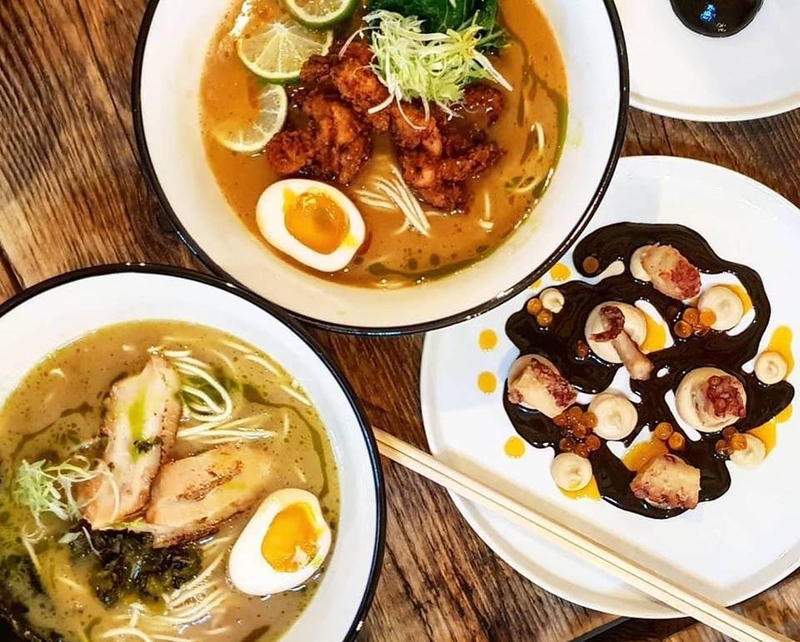 We first wrote about this brand new Church Street place twelve months ago, so are relieved to hear it has finally opened. This Japanese noodle bar is the city centre’s answer to the tiny, intimate backstreet ramen bars of Tokyo, where you can watch the chefs carefully craft each dish. This one seats twenty and specialises in Tsukemen (pronounced skew-men - which translates to 'dipping ramen') Karaage (Japanese fried chicken) and soft serve ice cream. "Our Karaage will be the best in the city, that's a promise,” co-owner Danny Collins told us last year. “We will make everything from scratch on a daily basis and once the broth is gone it's gone - we'll close the shop and concentrate on tomorrow's batch." Be quick though, because they don’t take bookings. It’s first come first served. 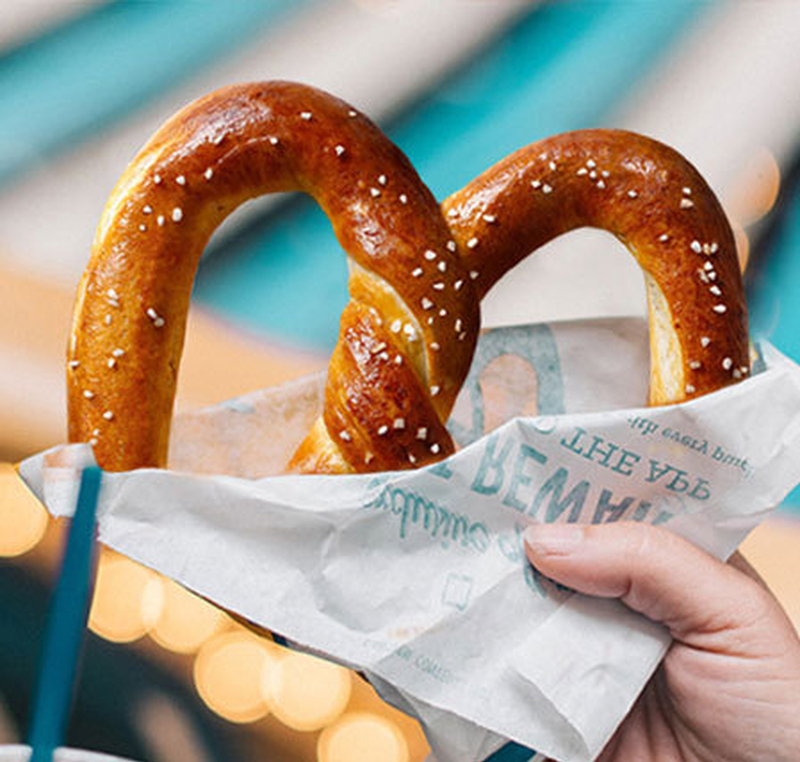 While a new pretzel shop in the Arndale might not raise that much interest in some, apparently Auntie Anne’s is an institution, and if you know, you know. “Auntie” Anne Beiler and her husband Jonas originally founded the business at a Pennsylvanian farmers’ market in 1988. Now there are 1800 stores worldwide including 34 in the UK and Ireland, and a brand new one in Manchester. These aren’t the tiny hard twiggy things you pick up with your fingers to nibble on with drinks, these knots of pure carbohydrate pleasure need holding with both hands. Dough is made on site from scratch using simple, wholesome ingredients and everything hand rolled and baked. All the pretzels come with a freshness guarantee, meaning your pretzel has been baked within the last 30 minutes or less. The new Arndale store will sell a variety of pretzels in different flavours, including cinnamon and the classic original salted. More substantial options include cheese stuffed pretzel nuggets with marinara dip, or the spicier cheese and jalapeno pretzel hotdog. 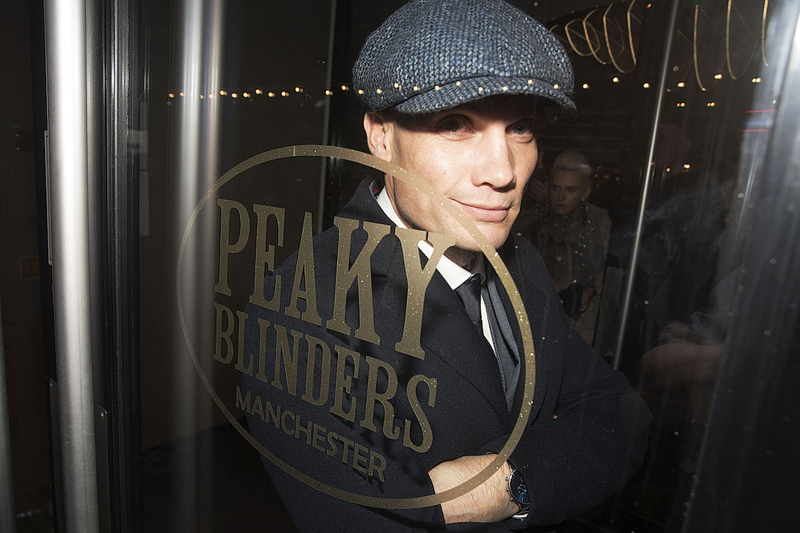 This new beer hall, cocktail bar, restaurant and live music venue, in the ground floor of the old Sakana restaurant, has been inspired by the popular TV series and the whole era from which the show takes its name. Peaky Blinders Manchester will incorporate plenty of key elements from the show, including character stills, show artwork and décor, so fans can feel like they’re immersed in the experience.

Burnt wood and ambient lighting create a speakeasy vibe where guests will be greeted by hosts who will ensure that they feel part of the experience. Beer will be served in tankards and expertly created period cocktails inspired by the show will be served in vintage glassware. A menu of small plate Dim Sum will come courtesy of Ocean Treasure owner Simon Yip (part of the established Chi Yip supermarket and wholesale group). Ocean Treasure will still be serving their acclaimed Chinese cuisine in the upstairs restaurant as usual. 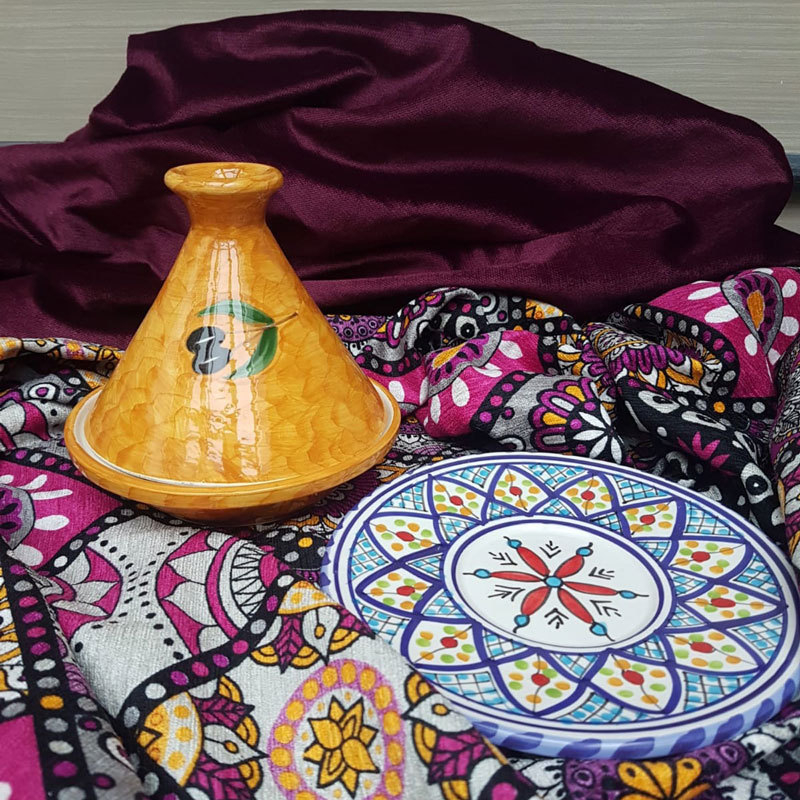 Karam, which means ‘generosity’ in Arabic, will serve a range of truly authentic Lebanese dishes. Founded by some of the team behind Manchester’s award-winning Don Giovanni, and entrepreneur Ahmed Fathalla, Karam’s menu has been developed by renowned Middle Eastern chef, Mohamed Aqeed, who has prepared the menus for some of London’s finest hotels, including Mayfair’s Alhambra, Alsultan and Mamonia, as well as the Saudi Royal family. Combining spices sourced in the Middle East with Cheshire’s freshest local produce, this new luxurious Lebanese restaurant is attempting to redefine the North West’s view of Middle Eastern cuisine. Everything from the furniture, silverware and handmade serving bowls have come direct from Egyptian and Lebanese suppliers and the stylish new restaurant will also include a spice bar where customers can purchase the spices used in the dishes. 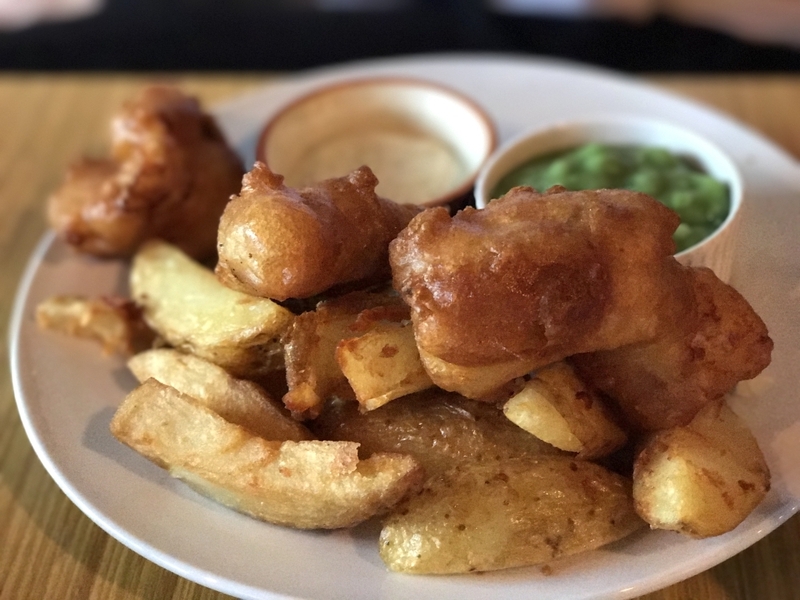 The award winning chippy’s permanent place has been a long time coming. They started five years ago selling ‘urban’ versions of the classic street food favourite from a van styled to look like a ghetto blaster, but since then have gathered a legion of fans for the excellent quality of their deep fried battered goodies. Along the way, they have won various awards including best mobile operator at the National Fish and Chip awards and recognition in the British Street Food Awards. After a recent residency on the piazza at MediaCityUK, and catering various events, they are now poised to open their first bricks and mortar venue in Ancoats where people can sit down, relax and have a beer along with the beer batter. 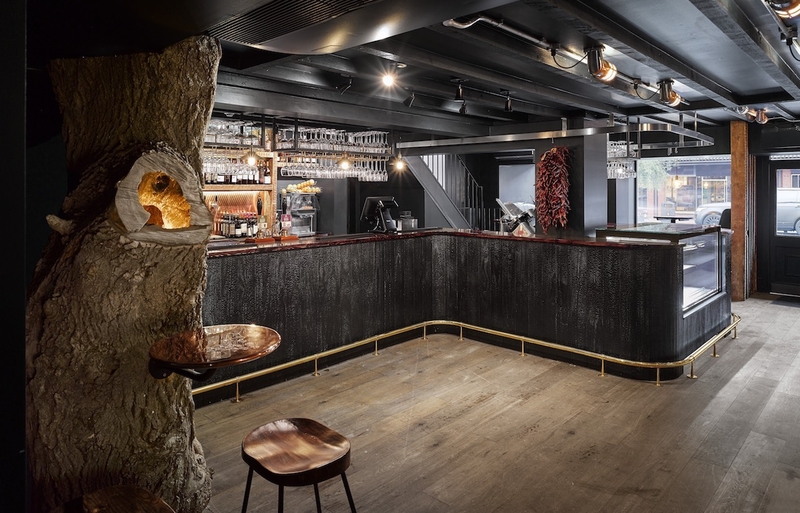 The long established Cheshire Smokehouse has recently opened a second venue in nearby Wilmslow. Smoke is a cosy yet sleek three floor wine bar with a dark woodland theme, decked out with wood-burning stoves, a charred Accoya bar, bare brick walls, sheepskin rugs and a one hundered year old burnt out ash tree. The daytime menu is simple and includes a ‘build your own brunch’, while evening guests can graze on various sharing platters. Ingredients are sourced via The Cheshire Smokehouse’s own butchery, bakery, smokehouse and kitchen, along with the best local ingredients available from artisan suppliers who adorn the shelves in the Smokehouse shop (photo credit Dan Hopkinson)