REVIEWERS often get accused of favouritism. It goes with the territory.

With food and drink I've been accused of undue love for certain restaurants by readers, other operators, chefs, bloggers and lawyers.

You put your fork in the food, the food in your mouth and you're out on a terrace in Capri, sea twinkling below, Vesuvius in the distance - in four seconds flat.

That's because there are certain restaurants that do things so well I don't have a moment's concern recommending them to friends, family, visitors, other food and drink writers, lawyers and bloggers.

There's a list coming up in this article of some of my faves.

Salvi's Cucina on John Dalton Street is one of these as was the original in the Corn Exchange (click here) - soon to move into a 'pavilion' while the latter building is renovated.

This handsome pair of operations are products of Maurizio Salvi's passionate belief in doing things right. The restaurants are rooted in Campania, the region centred on Naples, as is the owner. In some respects when we think of classic Italian food - its freshness, its lightness, its quicksilver character - it's this region we're thinking of, pizzas, seafood, zest, ciao bella. 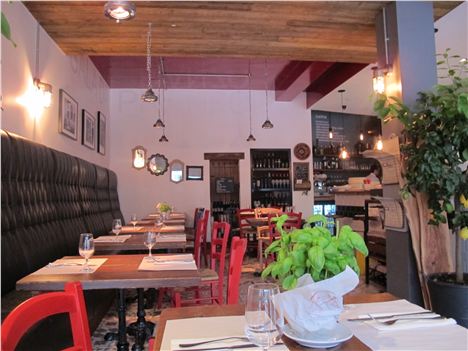 The key to Salvi's Cucina is the way all that southern Italian Mezzogiornoness is packaged, parcelled and delivered to the table.

When the kitchen and Maurizio are on form you put your fork in the food, the food in your mouth and you're out on a terrace in Capri, sea twinkling below, Vesuvius in the distance - in four seconds flat.

Take the black spaghetti with clams, baby squid, mussels and oceanic goo at the bottom (£13.95). It was just perfect and not only because the pasta was spot on or the seafood anything but delightful but also because of the shredded lemon zest which elevated the whole dish to unexpected heights. 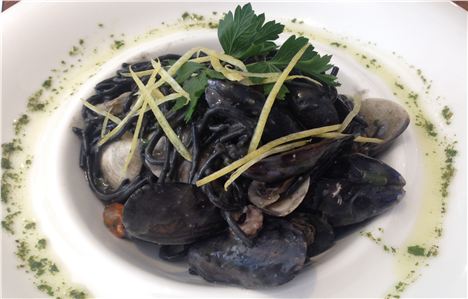 Thus, for about 0.000001p the kitchen with excellent raw materials and a leap of imagination created pure culinary joy. The picture of the aftermath is below and my mother would be proud of such a clean plate. 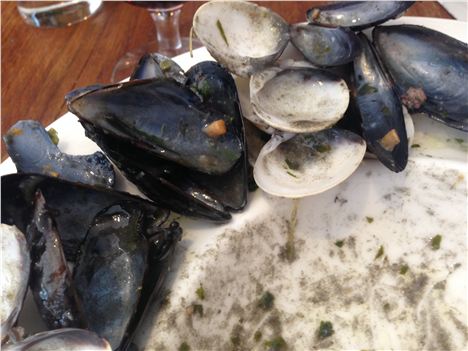 The owner's mum was visiting Britain on this occasion and she was proud of me too. 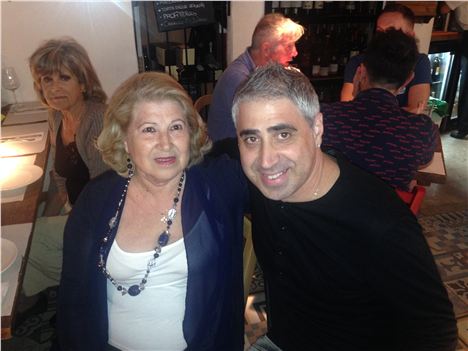 The fritti are some of the best I've ever tasted here or in Italy. Perhaps the best. Particularly good are the fried calzoni (£6), moist, juicy, ripe with flavour with various toppings and fillings including mozzarella, ham, pomodoro. Sometimes these even come as surprise packages sharp with heat and spice. 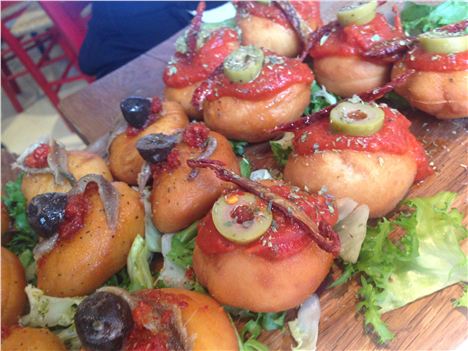 Calzoni fritti- get some 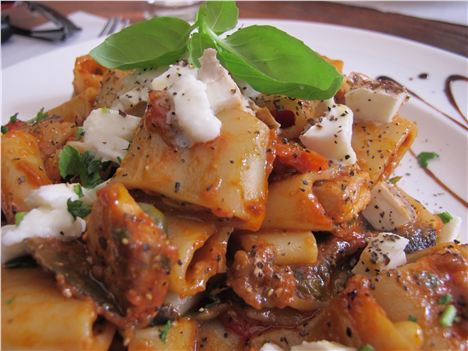 Pacheri - fills you right up

The seafood risotto for £12.50 was another ocean of perfection, good-looking, tempting, oily, rammed through with flavours.

Even the bloody gnocchi with pork sausages (£12.50) work. I usually find gnocchi wanting in character as if this were Italian food determined to be boring. Not here. 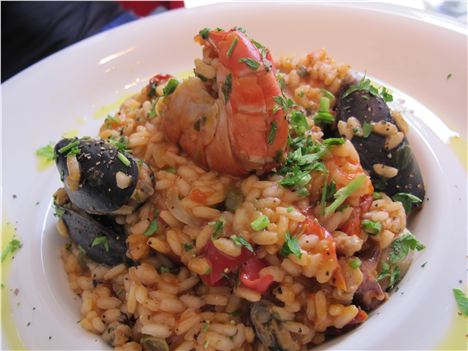 It's with the pasta, calzoni and fritti where the genius of Salvi's Cucina truly resides although other meat and fish dishes such as the salsiccia e friarielli (sausages and wild broccoli, £14.50), and baccala alla Napoletana (salted cod with capers, olives and garlic in tomato sauce - (£15), don't disappoint.

What's interesting is that Salvi's sits opposite big boys Restaurant Bar and Grill and Bill's Restaurant and easily holds its own. It might be David v Goliath in terms of operation and back-up but that doesn't seem to matter. 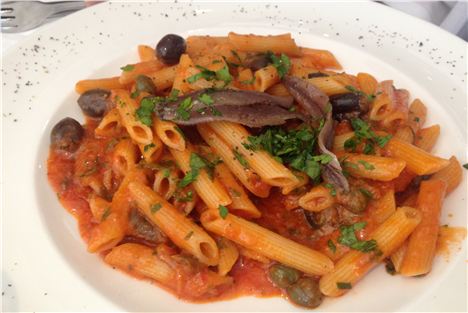 If I have a worry for Salvi's Cucina it lies with the owner - so much depends on Maurizio Salvi, his personality, his determination to do things right. 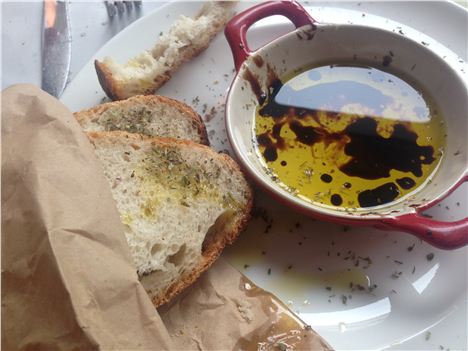 Anybody who's been a hands-on leader knows this is always the problem. Salvi's Cucina needs to find someone beyond Maurizio, just as Piccolino in Clarence Street is all about Ettore, it will become a problem unless a similarly enthusiastic and knowledgeable lieutenant is found. But enough of that. For the moment let's just enjoy the place. 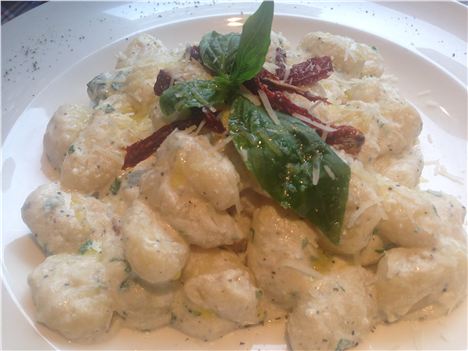 What? Even the gnocchi tastes good?

And now a warning.

Don't get giddy yourselves and grab the Amarone della Valpolicella wine on offer (£55), it'll break the bank with a flavour as complex and full as one of those ludicrous Raphael murals in the Vatican. The alcohol content is something beyond 457%. After a full bottle all you can do is moan and rub your belly.

And break the bank with another bottle. 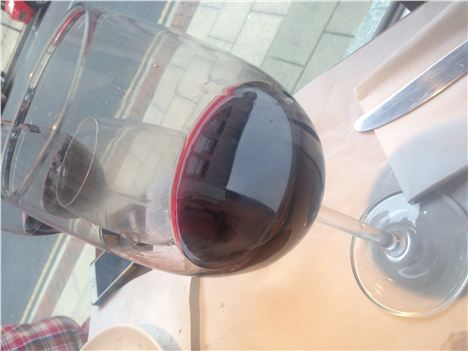 The Amarone is 457% in strength and will tilt your world 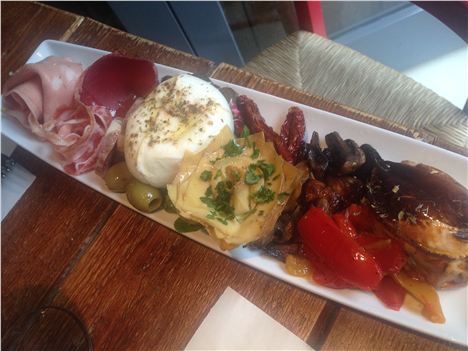 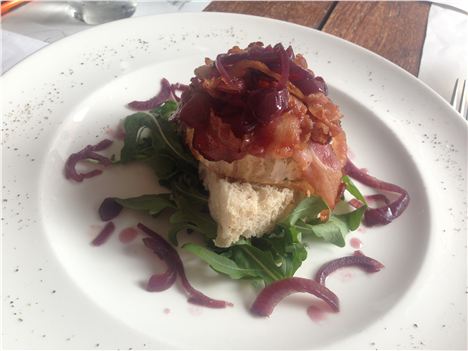 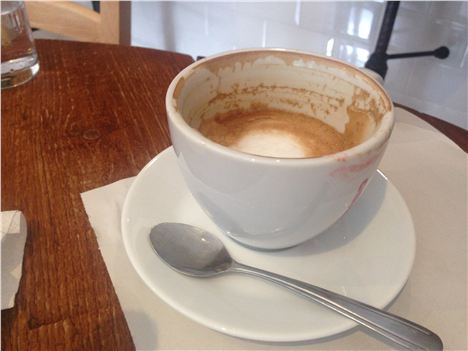 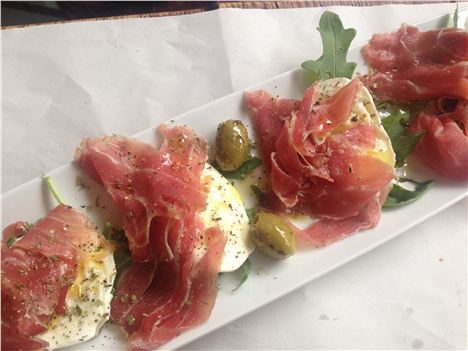 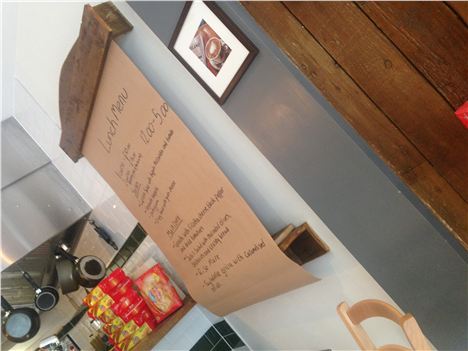 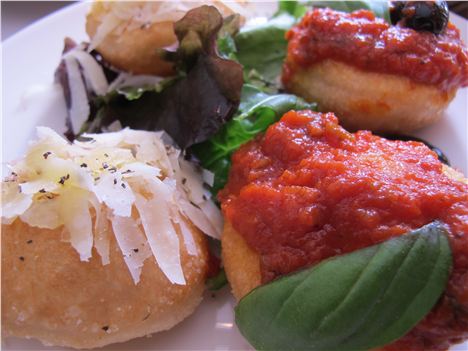 Calzoni fritti - get some