AS JANUARY slopes out of the door, exiting with threats of a winter apocolypse and disillusioned hopes for self-improvement, it’s time to re-examine how we did on our New Year’s resolutions.

The pickled herring and chicory was a glorious dish of Scandi loveliness. The gastronomic equivalent of a Viking giving you a hug.

I only made one. It wasn’t to give up drinking (please) and my trainers will remain in a fetid heap, unloved and untouched for another year. Instead I vowed to write one, just one, food review focusing solely on food. So before this bad-tempered month ends in a whimper rather than a bang, let me try to fulfil that commitment.

The setting for my stylistic overhaul was The Northern Quarter Restaurant, but I shan’t be commenting on the pared-back decor, or the wonderful view of the old Fish Market from its lovely large windows, oh no, not me. Here goes:

Like the girl-next-door fantasy, this smoked ham hock terrine starter (£6.95) contrived to be homely and stunning at the same time. The tranche of terrine disintegrated at a gentle push into its constituent parts: shreds of coyly pink ham, bright green pennants of fresh and clean-tasting parsley, tiny speckles of mustard grain and glorious, glorious wobbling fat. All this served with piquant, chunky homemade piccalilli and a tangle of pickled shallots. Lovely. 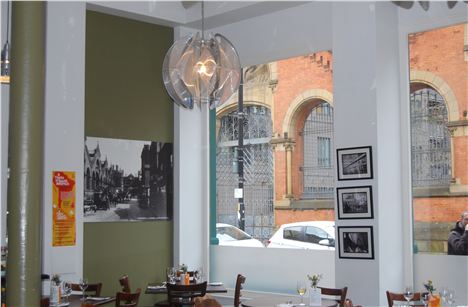 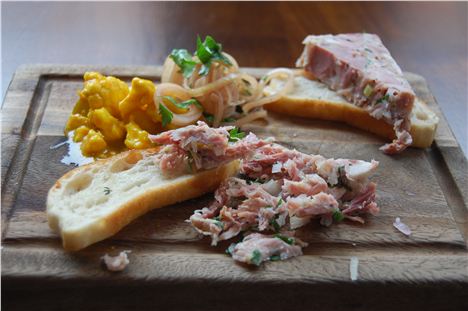 The pickled herring and chicory (£7.95) was a glorious dish of Scandi loveliness, where sharp fresh flavours dally with oily-silky sweetness, set against ultra-simple strips of carrot and lumps of unreconstructed potato. The gastronomic equivalent of a Viking giving you a hug. I know this starter won’t leap out from the menu for most people, but I hope my recommendation will give the undecided the push to try it. And if you don’t like it, hey at least you now know what it’s like to hug a Viking. Basically, it’s fishy (fun fact: herring are also known as silver darlings).

After reaching pork belly saturation point a while ago I was excited to see roast Middle White pork fillet on the menu (£16.50). The lack of fat means it is more delicate in flavour and needs careful cooking, unlike the cheaper, tastier cuts. So I’m sad to report this particular piece of pork had been blasted with a thermonuclear device, seemingly more than once. What a shame.

Dried out and withered it might have been, but it came reclining on a luxuriant bed of sage crisped gnocchi, white beans and chorizo. The chorizo was a big bad flavour bully that threatened to overwhelm the sage gnocchi (crisped to perfection) but pulled back at the last minute, becoming the unexpected hero of the piece. 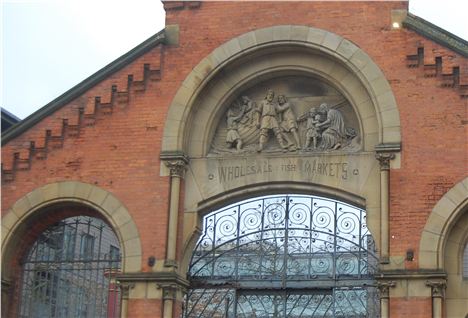 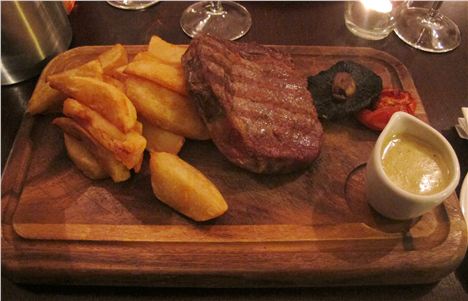 Not blue steak (shot at night on a second visit... sorry)

A rib-eye steak (£20.95) was requested blue, but given the overzealous hand at the grill they churned out a medium-rare piece of meat. It came served with a tomato and mushroom, which weren’t all that much to look at but tasted like they were brought up in good homes, and chips which were fine but suffered from over-chunkification - a common disease (note: at this point we checked with the next table if their meat was overcooked and they were very happy, so perhaps we were unlucky). This was an average pub dish which doesn't showcase the chef’s clear abilities – the one dish I regretted ordering.

The baked butternut squash and sage gnocchi (£10.95) was a creamy dream of a dish that shows those vegetarians might be onto something after all. Slippery with butter, sweet squash was paired with pillows of softly baked gnocchi, unctuous goats curd and studded with walnuts and garnished with the soft grey-green velvet of sage leaves peeping through like rabbits’ ears in a meadow.

This is food as comfortable and comforting as a wearable sleeping bag. Devoted as I am to the divine pairing of cream ‘n’ carbs, the only flavour spike came from the sage, which meant that all those emulsifying calories got a little much after a while. Still I bravely waded on, even if it meant waddling home. 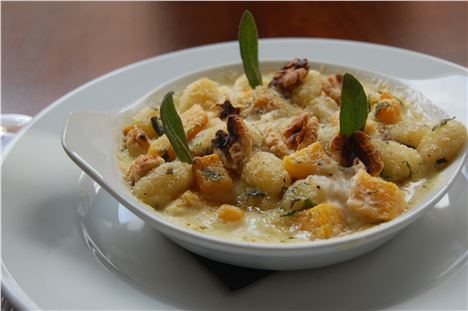 A Sticky toffee pudding wasn’t much tinkered with and did exactly everything expected of it. Which is to say I can’t remember much except a glowy caramelised sugar haze.

There is so much more for us to discuss of course, including whether the reviewer ought to send back a dish or just grin and bear and then let it all out later on, and the rather lovely glass of Chablis (£8.60) I had. But restriction is good for the soul, as I think Mary Poppins once said (or perhaps the Marquis de Sade, I often mix them up).

Now roll on February, and we can all get back to our particular vices, whether they be smoking, drinking or unnecessary pontificating on the socioeconomic ramifications of the juniper content of your micro-distilled gin.

Food: An overall 7/10 (terrine 7.5, herring 7, livers 7, pork 5, steak 6, gnocchi 9, pud 6)
Service: 3.5/5 - Our waitress was a bit preoccupied, but manager Cai’s enthusiasm and knowledge tips the balance in favour.
Ambience: 4/5 - In a neighbourhood that goes for either ‘twee tea’ theme or ‘dirty skank’ theme, this place has cleverly gone for a ‘restaurant’ theme. Refreshingly grown-up.