IT'S NOW thirty-six years since Gordo started trying to get into Kate ‘The Peach’ Leach’s affections.

Grouse off the bone is for weak people, you know, the ones with limp handshakes. They were cooked perfectly, but we need to have legs to gnaw, thighs to fight with.

Sensible girl that she is, she is still keeping the Fat One on tenterhooks. It should be pointed out to her that she needs to let her defences down sometime soon, as to quote Churchill, 'Dead birds don’t fly out of nests.'

To keep things ticking along Gordo decided to kill two birds with one stone; a review of a longstanding, generally well-thought of family neighbourhood restaurant and at the same time take The Peach out to the Lime Tree in West Didsbury.

She likes the place.

Opened in 1987, it's been nearly ten years since Gordo last ate here, and for most of that time the place has received pretty good reports.

There are a couple of signs outside. One is a brag, with a comment from restaurant guide Harden’s (whose demographic, whilst a good deal more reliable than the f**kwit on TripAdvisor, are getting on a bit). It reads:

Possibly a bit strong that one. The other got Gordo salivating... 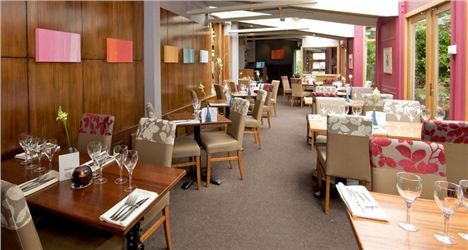 The restaurant itself is up-to-date, a couple of large rooms, low lighting, carpets, comfortable (very, actually) seating. The background noise is at a pleasant level.

The front of house team are laid back and sure of themselves. Gordo was offered any table that he fancied and chose one by the open fireplace in the second room, one where he could have decent banter with The Peach without worrying about offending nearby tables.

A bottle of Bollinger champagne (£75) was the order of the evening. It needs to be checked; it seemed to be starting the tell tale signs of bad storage, no characteristic digestive biscuit nose, touch of sherry, if you know what I mean. But not bad enough to send back.

Now, Gordo gets nervous when descriptions of food use the supposed name place of the origins. The Lime Tree's crab, for example, is Aberdaron on the Lleyn Peninsula.

Now, forgive Fatty for being a bit of a sceptic, but it’s pretty unlikely that the restaurant is supplied exclusively by old Ned, the last Aberdaron fisherman. His pipe going ten to the dozen while his weather-beaten gnarly old hands pull in the lobster and crab pots in all weathers just for The Lime Tree over in far away West Didsbury. The same goes for the Ribble Valley grouse.

We don’t need all this nonsense these days. It shows a nineties attitude. We want to know they were the best the market had to offer on the day, were from the North West if possible and, like Gordo, FIT. 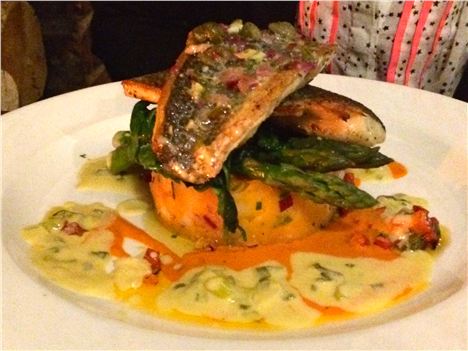 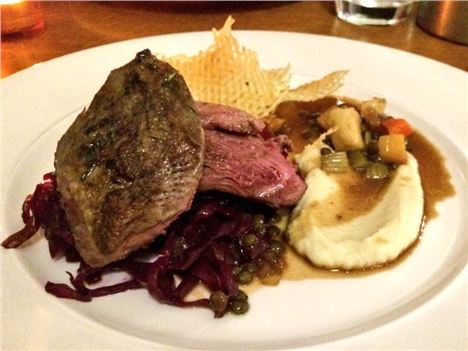 So is the food still in the nineties?

The smoked Scottish salmon, smoked trout patè, potato blinis and wholegrain mustard crème fraiche (£7.95) wasn’t that fit. It felt a bit like Gordo felt on the question of devolution. Bored. Unlike Salmond, it looked fit, but like him, finished badly. More punch in both the patè and the fraiche please and maybe a classier main ingredient would pull it up to the correct level. Oh, seasoning.

The grouse (£21.00) was just the breasts. This is a huge disappointment to Gordo, as both the best grouse chefs in Manchester, Rob Owen Brown (formerly of the Mark Addy) and David Gale (formerly of the Hilton) are presently working on other projects. So this was Gordo's first grouse of the season.

Grouse off the bone is for weak people, you know, the ones with limp handshakes. They were cooked perfectly, but we need to have legs to gnaw, thighs to fight with. The celeriac cream (err, puree to the rest of us) was mean, the red cabbage too generous and overpowered the delicate near-patè gamey-ness of the breast. Fine game chips.

Gordo missed tasting the sea bass (£17.95), though The Peach seemed to be enjoying it and it did look a handsome fella. Lots on it, jersey royal potato cake, grilled asparagus, anchovy, caper and lemon butter.

Cheese (£7) was as good as it gets whilst the ‘brioche’ bread and butter pudding (£5.50) had chocolate in it. NO. Wrong. The custard was terribly sweet, veering towards Bird's rather than the chef’s own recipe. Baby food consistency. 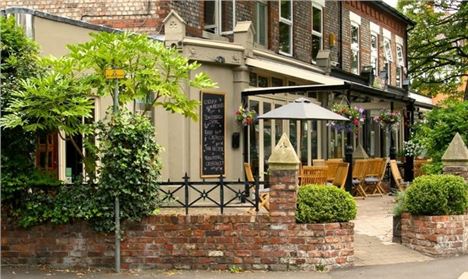 The Lime Tree is a family business. There is a sister restaurant over in Bollington, whilst the chef/patron Patrick Hannity has bought a farm near Macclesfield.

In Gordo’s eyes there is a problem. The restaurant has kept the standards up over the years, but the present generation have had standards raised several notches by the likes of The Rose Garden in West Didsbury and other places across the city. This new generation is grumbling on social media; what’s more, they are right.

The purchase of a farm is a good step forward and shows a great attitude towards ingredients. Trim it all back and rethink what’s going on the plates and you may be worthy of the Harden's Guide 'No.1 in South Manchester' prize.

But for now, you’re far from that.