The summer rolls are wonders. The best I’ve ever had this side of the Mekong delta. Or even the Humber mudflats

It’s probably a different world by day too.

So let’s all take our hats off and throw them in the air while shouting ‘hoorah!’ for a bar with the joie de vivre to call itself The Grape Escape. The latter is a sort of softening introduction to the long lazy curve of the never-ending high street of Northenden, aka Palatine Road.

Half way along ‘the Strip’, as Las Vegans call this place while holidaying in the UK, is a modest unit occupied by Mi & Pho.

This is a Vietnamese restaurant which is described on its own menu as ‘the most exciting addition to Manchester’s diverse cuisine’. There is no hint who might have written this, just as on my CV there’s an uncorroborated quote to the effect, ‘that Jonathan Schofield is clearly the finest writer of stuff in Manchester… definitely in Northenden, maybe Baguley as well’.

Internally the place is either homespun or a mess with bits of crazy artworks here, untreated wood and grubby sockets and switches there - but then this is a neighbourhood restaurant and thus much may be forgiven. How much you will forgive probably depends on whether you champion indies simply for being indies. It's always about politics you know. The Guardian’s Marina O’Loughlin needs to rush here, if she loved Siam Smiles in Chinatown she’d like Mi & Pho better.

What Mi & Pho seems to have done though is become gossiped about. It is one of those places over which Manchester’s foodies say ‘I’ve heard good things about it’. Five such fine folk said exactly that to me.

And truly some of the food is very good. 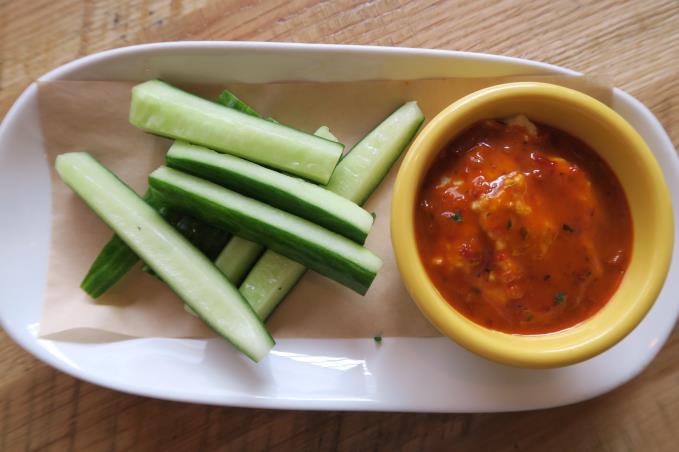 The summer rolls (£3.50 to £3.95 a pair), or ‘Gol Cuon’ as they say in Northenden, are wonders. The best I’ve ever had this side of the Mekong delta. Or even the Humber mudflats. Rice paper tangles of exquisite freshness complete with cucumber, mint and coriander – ah coriander, king of herbs. The basa fish summer rolls were the pick in their effortless ‘lift’. But the prawns and char-sui pork weren’t far behind. The avocado rolls didn’t work half as well but were still good.

Basa fish, a flaking, white fish, is one of those catfish varieties that probably has counselling for body image issues in Neptune’s kingdom. The English word for these odd things is a ‘cobbler’. There are ‘blogs’ screaming (they’re always screaming) that we shouldn’t eat them as the Mekong delta is terribly polluted. I just managed to avoid a row in Mi & Pho about ‘air miles’, just.

The aubergine and chicken dish for £5.80 was gooey and ok but too aubergine heavy. Sort of damp. Flabby. It did come however with a beautiful fried rice of epic stickiness that was £2.50 very well spent. In fact I could eat that egg fried rice on a regular basis as a bargain lunch.

I was recommended by the north Vietnamese waitress a south Vietnamese dish of stir-fried vermicelli, mixed salad, pickled veg, crispy shallots, crushed peanuts, fish sauce and the Mi & Pho special of salt and pepper squid with prawns - or Bun Sai Gon as it’s known in Sharston (and its bookshop, click here). This was all of £7 which was remarkable value for such a stomach buster. It was good too. Hearty. Flavoursome with the fish sauce and the shallots. Good is the right word for it.

There’s skill with the food, especially with those summer rolls, and the prices are so reasonable as to be almost unhinged. Vietnamese food fans should excursion out here. If you’re just a general food luvvie give it a go if passing. I’d like the staff to be a little friendlier and scan the room a little more but then much can be forgiven in a neighbourhood restaurant.

The place is bring-your-own-bottle. Everybody had done just that on the busy evening I went, despite the excellent homemade if alcohol free lemonade at £1.50. Odd eh? You can grab booze from either the local Tesco or the slightly closer Polish grocers in which case you can choose things like Lech beer or a golden Russian thing with a Cyrillic label that reads a bit like Markoe and lends 4.3% to the party.

Buying the Russian beer added to the Northenden experience. 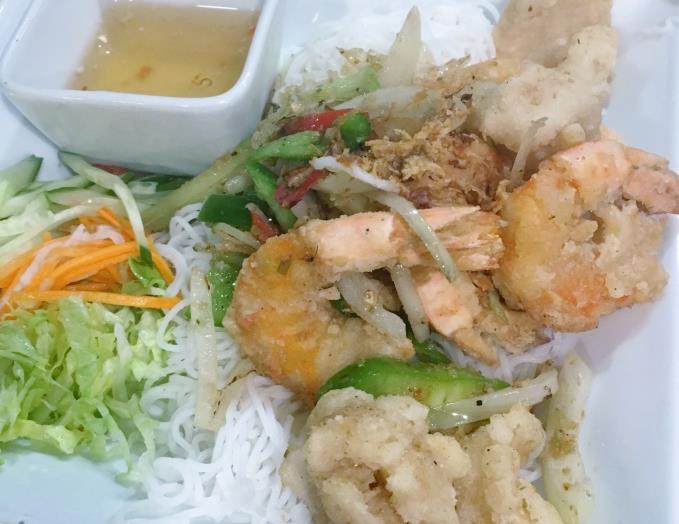 As we left I wondered how we’d not heard David Lynch was filming in the suburb. There was a curious Blue Velvet, anything might happen, mood about the place, not least in the unnerving number of bars, all with three people in, and all on the east side of the road. It could have been a seaside town out of season with instead of a prom and beach a post war curve of shuttered up shops opposite.

A gang of late teen girls laughed and screeched in a bus stop as we walked to the car. Lads skateboarded past led by a tall boy dressed in Dexy’s Midnight Runners’ dungarees. As he glided close to the girls he howled at them “Come on”... ‘Eileen’ I was hoping he’d say next. He didn’t. We made our grape escape. 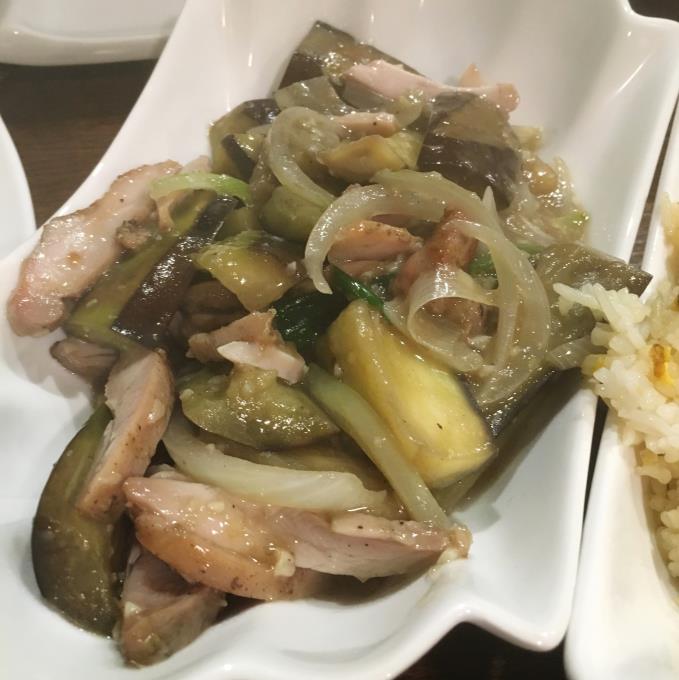