"Everything I love about restaurants" - Kyotoya, Withington, Review 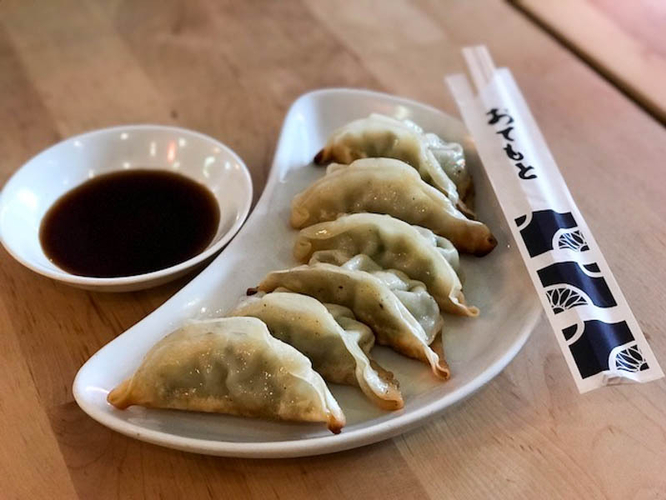 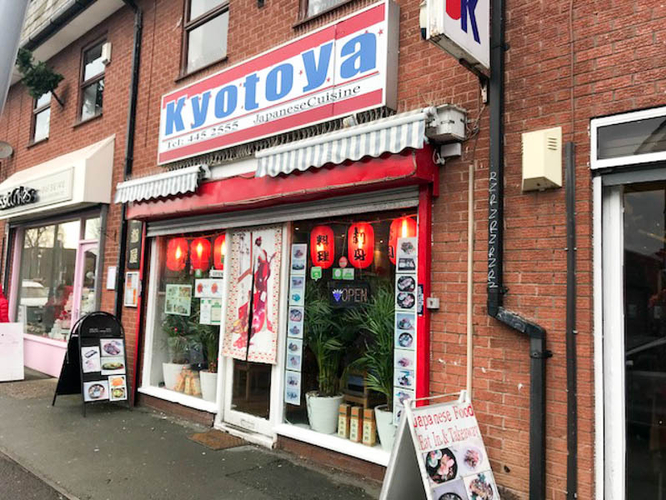 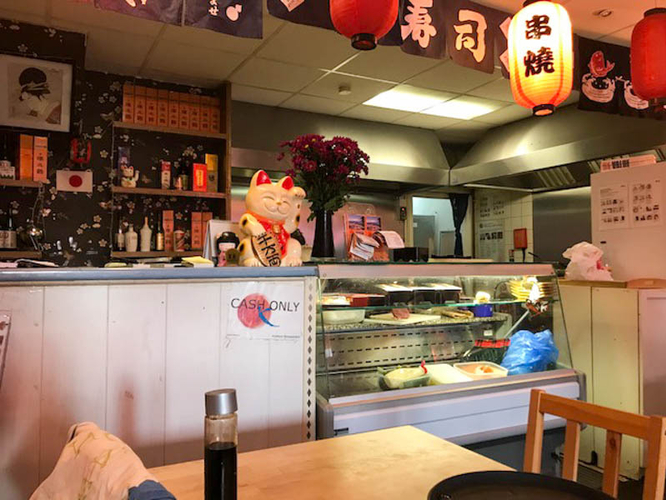 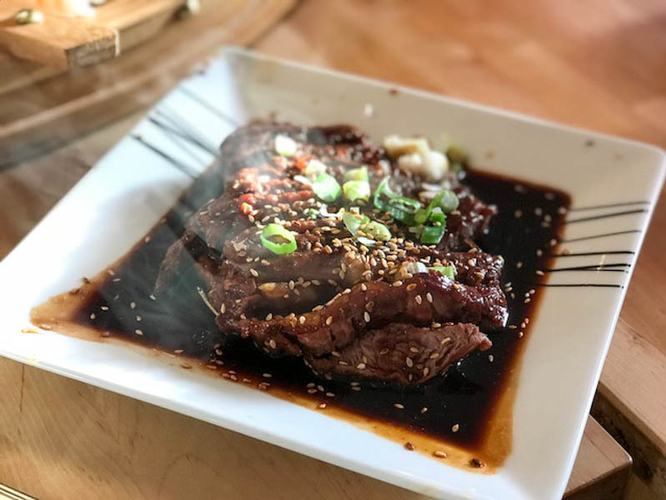 You’ll get none of that ‘New Year, new me’ stuff from me. No siree. What I’m after is more ‘New Year, old me’, as I attempt to fit back into my old clothes without the risk of buttons suddenly pinging off at great speed, causing a danger to those around me. So I’m on the lookout for places which serve low fat, low carb food, with maximum satisfaction.

Japan has an extremely low national obesity rate, compared to America, which is almost ten times more. There are socio-economic and cultural reasons for this, but on a basic level, a typical Japanese diet is full of raw fish, lean meat, filling broths and fresh vegetables. On the whole, the Japanese also take their time over preparation, presentation and eating, meaning that food tends to be savoured rather than wolfed down. Instead of slapping together a cheese sandwich wrapped in cling film for packed lunch, or grabbing a meal deal, they have elevated the bento box to an art form. 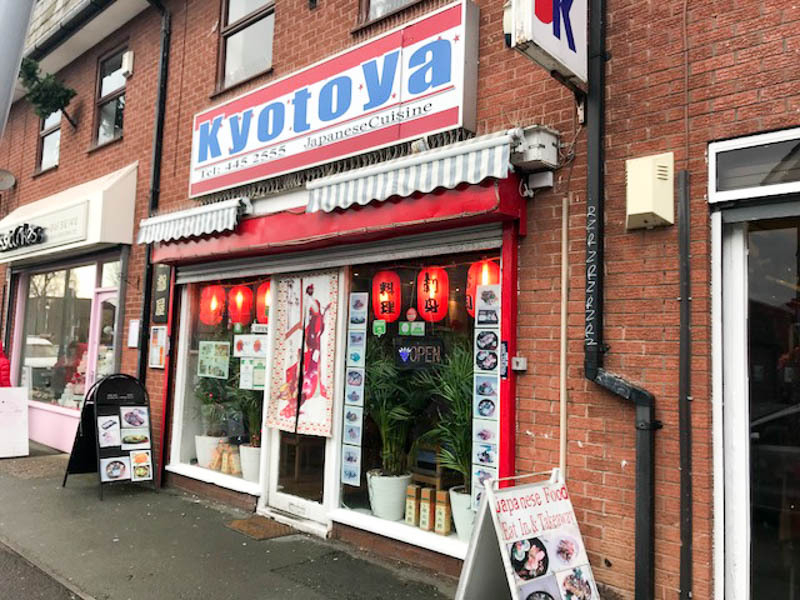 But Japanese restaurants can be expensive. Even a modest pile of plates at Yo Sushi! can make you wince at the till. If only Greater Manchester had a shokudo; the type of hole-in-the-wall restaurants where the locals eat….

Well, it turns out it has.

Kyotoya has been serving reasonably priced Japanese food in a little 26 seat restaurant on a side street off Withington village for years. From the outside it is easy to spot thanks to a traditional split curtain draped over the door, hanging red lanterns and good signage. Inside, it’s basic and a little cluttered but welcoming, and is the place to come for affordable sushi, sashimi, noodles, soup, katsu, donburi bowls and more.

On Friday lunchtime, the owner was valiantly (and happily) holding the fort, doing everything from taking orders, to cooking the food, clearing tables, washing up, answering the phone, issuing bills and taking money. But by the time we left his wife had joined him. They seemed to be doing a roaring trade in black lacquered bento boxes, which offer terrific value at around £7.

We wanted to push the boat out and order a bit of everything – which turned out to be literal, as sixteen pieces of assorted maki, nigiri and sashimi (for an astounding £13) were presented to us in a purpose built wooden boat. From now on I want all my food served in some kind of miniature form of transportation.

It’s also worth noting that everything seems to be made to order behind the counter, so prepare to be patient. We didn’t mind, but despite our huge impeding order, the owner, a natural ‘feeder’, sent over a freebie of crispy subuta (sweet and sour) chicken to tide us over.

The rectangles of rice that form the base of Kyotoya’s nigiri are nowhere like the mass produced tight blocks you’ll find in supermarkets. Maki rolls (avocado and cucumber with a touch of mayo) are larger than average and you’ll need to throw them into your mouth quickly after a dip in soy sauce. Their looseness made them difficult to pick up with chopsticks, but the extra oxygen circulating round the grains (plus the fact that it wasn’t fridge cold) seemed to enhance their taste. In our boat sat rice topped with sweet egg and nori, octopus, prawn, raw salmon and tuna and a little inari parcel.

Teriyaki beef (£10) was perfect in its simplicity – served soaked in the sweet salty brown marinade, topped with sesame and spring onion with a small bowl of rice and a side plate of flash fried beansprouts. The cut of beef wasn’t specified, it wasn’t cooked particularly rare and absolutely none of that mattered.

Salt and pepper king prawns (£12) from the specials section were generous, crunchy, salty and peppery. I’ll never know how they get vegetables to taste smoky and charred but still be crunchy and almost raw. It’s more than a particular cooking style, utensil or oil, it’s magic.

The same can be said for the whole ‘soup noodle’ section of the menu – although we only tried the chicken soup udon (£6). The broth managed to hit every note, there was both a slight sweetness and a rich savouriness. Every spoonful brought up a new treasure; super fresh cabbage or a bit of carrot. In the centre was a glorious pile of noodles and on top, tender chicken thigh. Honestly, if I had to eat this every day for a year, I would be happy.

Kyotoya is everything that I love; delicious food that doesn’t hide behind deep-fried shortcuts, reasonable prices and owners who treat their restaurant like it’s an extension of their home. I think I bowed to them as I left, not in a clumsy attempt at cultural formality, but because I was genuinely thankful. 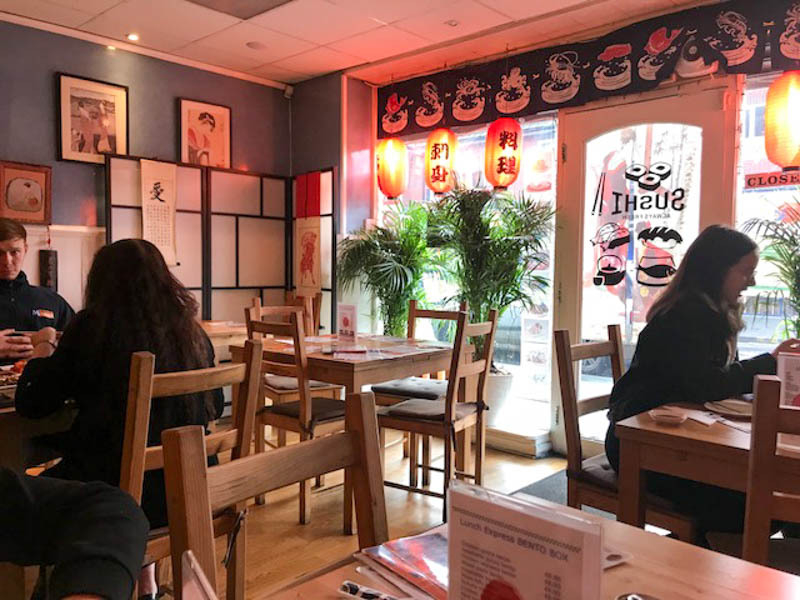