JAMES MARTIN's restaurant in Manchester235 has a superb chef and it's not James Martin, it's Douglas Crampton.

No doubt Martin turns up every now and then but Crampton is the regular chap on the tools and he cooks up some lovely grub.

The malt glazed cheek in generous portions flaked into bunches of flavour-gorged flesh while the fritters and tongue contributed to ensuring this is one of the best dishes in the North West.

I first went shortly after the place opened in September 2013. Halfway through I was so bored by the food I fell asleep in a fish. My forehead smelled of hake for a week.

My main memory is that the nosh seemed heavy and dull, the menu all flounce and frill when it wasn't tedious and trite. I felt the reputation of the man with his name above the door was way off the reality of the meal.

Of course, memory is a fickle thing exaggerating overriding perceptions, mutating the good to excellent and the dreary to disgusting, but my recollection of James Martin Manchester Restaurant was not good. 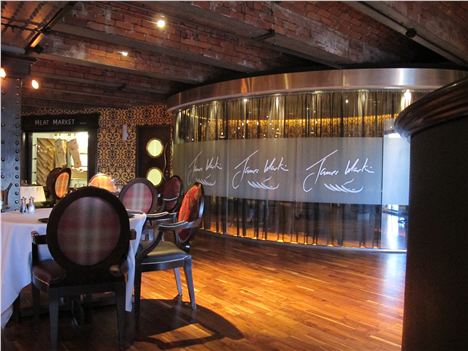 Interior of James Martin - the restaurant, not the man himself

That was then, this is now.

I'm not sure what the relative input of Jimmy M and Dougie C is to the menu but, Ye Gods, this place has come on a bit.

A starter of deep fried soft boiled organic Goosnargh hen's egg with watercress and asparagus (£6.95) was simply exquisite. The egg was timed beautifully, the yolk was delicious, the asparagus gorgeous, but it was the crumby casing around the egg that gave the dish that extra ten percent. This was an enchanting starter. 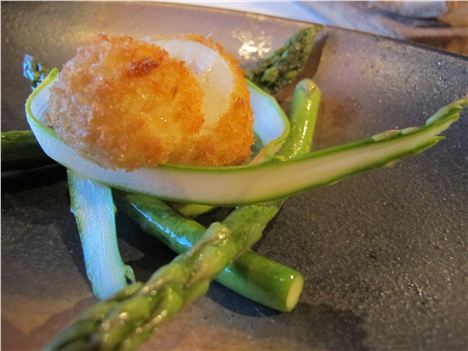 Dear Mr Egg, you are my hero. Yolks sincerely, Jonathan Schofield. PS I don't care if you didn't come from Goosnargh.

The British Wagyu beef with slow cooked egg yolk - the theme of the starters - with rapeseed and mustard dressing for £10.50 was more complicated but another real joy.

The deep fried caper berries were a surprise that shouldn't have worked but did, the tartness of the berries jingle-jangling with the fat. The Wagyu came in small slivers and cubes but was soft, lush and juicy. The whole dish - egg yolks, beef and all - looked a proper picture. That's why it's the main image at the top of this page.

Then it was on to the main of Brittish (sic) Wagyu ox cheek and the only snag of the meal. I was getting exhausted by all the provenance nonsense on the menu, naming producers and regions from the UK. 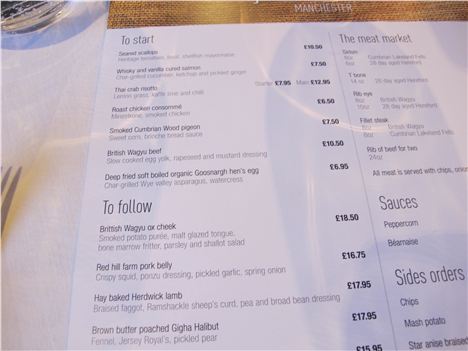 It's all very 'Brittish'...or something

There are loads of hens - some I know personally - who could have delivered an egg just as good as the one from Goosnargh, and while I'm pleased in a general kind of way that the Wagyu is British, I can't say I'm really bothered.

This food nationalism might all be part of 'the James Martin experience', but it's so inconsistent. Thus, while I know from the menu that the pork belly is from Red hill farm (they mean Redhill probably), I have no idea where that might be. Worse, the menu tells me the halibut is from the Scottish island of Gigha but there's no hint of where the sea bream hails from. I'm guessing the sea.

Do it for one dish or not at all. Better than that just tell the staff and if we want to know we'll ask them. 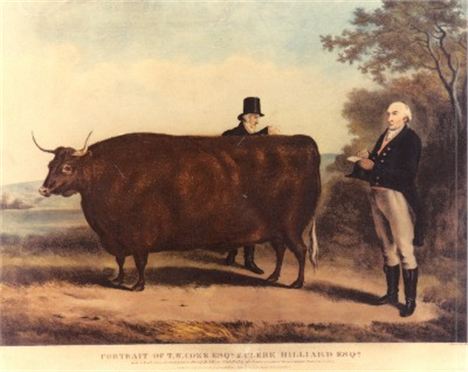 A word on the staff: superb. That's the word. Knowledgeable, efficient, smiling. That's another three words. The little things were performed very well. I was asked only once on each course whether everything was ok and only after I'd started eating the food. Hurrah (click here for an article about this).

Back to the food. The ox cheek with smoked mash puree, tongue, bone marrow fritter and a parsley and shallot salad for £18.50 was another total success.

The malt glazed cheek in generous portions flaked into bunches of flavour-gorged flesh while the fritters and tongue contributed to ensuring this is one of the best dishes in the North West for fans of (what used to be) cheap cuts. I ran my finger down the hollow of the bone after I'd finished so as not to miss anything. 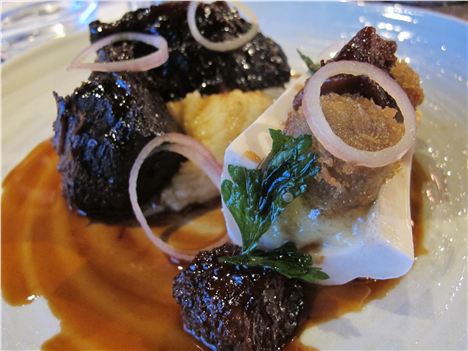 The sea bream was an exotic number which I completely failed to sample because I was grunting like a hog and throwing ox cheek and marrow into my mouth like a man in search of a new Guinness meat eating world record.

Apparently, to quote, the sea bream was "delicate, refined, beautiful to look at and really lifted by flavour combinations such as the ginger chutney and charred watermelon". 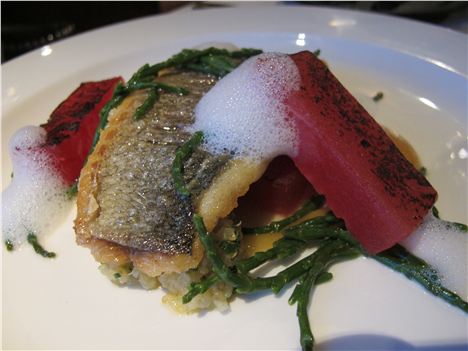 I wouldn't have swapped it for my ox cheek though. No (grunt) effing (grunt) way (grunt).

The pudds of elderflower parfait and waffles, both £7, were very fine. The pick being the waffles which came with some crazy but delicious cheesy ice cream and smoked pancetta.

A glass of charming Muscadet (£3.80) complemented this. Sancerre and Tempranillo had worked for the rest of the meal. 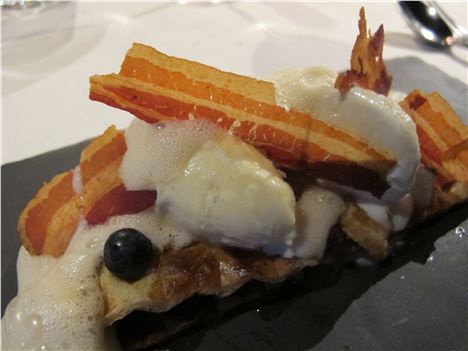 All round, all very, very good. Has the restaurant leapt in standard as a response to Rogan at the French and Byrne at Manchester House? Or had I previously just been on a bad day?

Either way, James Martin Manchester with Douglas Crampton cooking is more than worth a try. Do a Wagyu day out: the beef starter followed by the ox cheek. Jeez they were good dishes.

Of course, you can't take the kids even if they're older. James Martin Manchester is located inside Manchester235 casino. The casino clearly wanted a 'name' restaurant to mix it up a little, attract a non-traditional gaming crowd.

This is probably because casino-going is not a typically British pastime.

Pubs and binge drinking might have been a vice when I was growing up in Rochdale for all sorts of people, but casinos didn't even register. If they were mentioned it was as a last resort bar. Gambling slowed the drinking down when we wanted to speed it up or find a club to flirt with girls. Older folks went home from the pub or stayed for a lock-in. 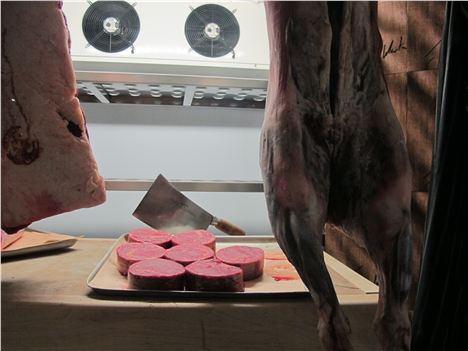 Of course, the laws around gaming, as around drinking, have relaxed, but casinos still seem denuded of Middle England and suburban England - along with much of the drinking class. Other cultural traditions populate them especially on quieter weekdays.

On our Thursday night at James Martin it was just Middle England out in force. None of these people were off to play the tables after the meal. The only gamble they had going on was whether they'd be back in time for the babysitter. Maybe it's different at other times but people were here for the food.

This is a good thing for the non-gambler. The pressure is off.

Visit the restaurant, suck the bone marrow, worry the waffles and let Mr Roulette spin himself into dizzy oblivion.