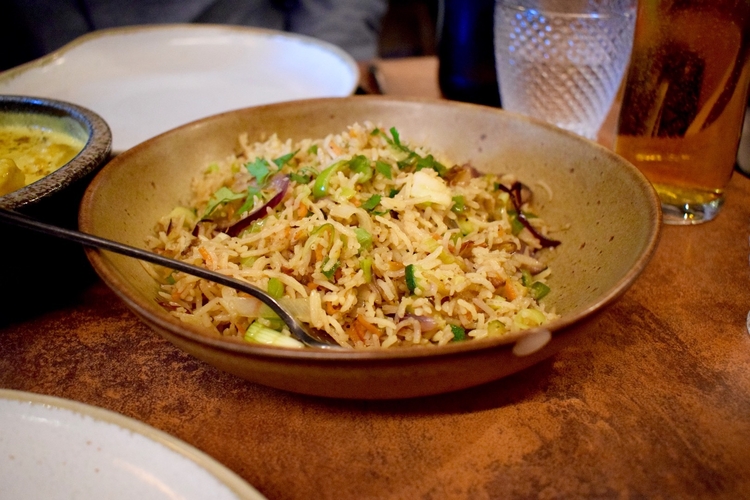 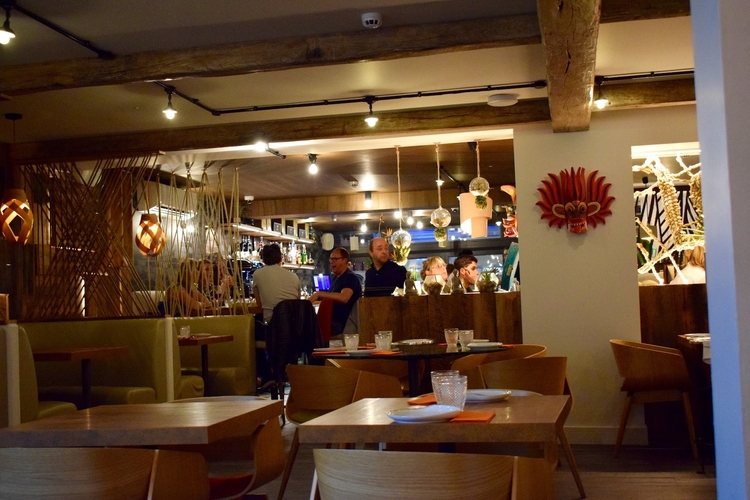 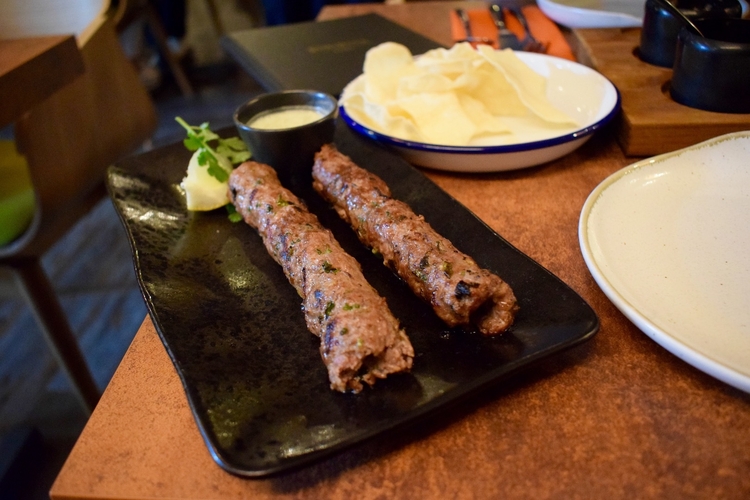 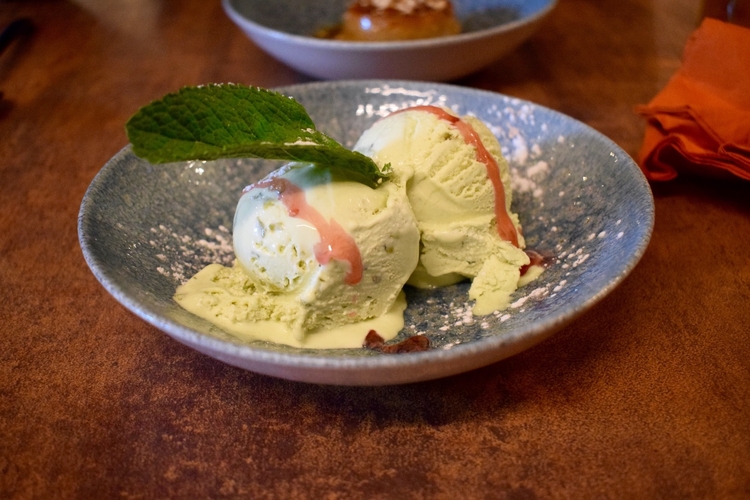 Sigiriya, the latest addition to Hale’s very hearty restaurant scene, is named after one of Sri Lanka’s most famous landmarks - the ruggedly beautiful ‘Lion’s Rock.’ Yet, despite the evocation of brutal yet majestic nature, there is clearly no roughing it here: a lot of money has been spent on tempting the residents of Hale into popping out for a Sri Lankan. The interior wears this investment openly; casually glamorous in shades of pumpkin and cinnamon, with bendy pipework, a moss wall and traditional masks littered about the place.

However intensely relaxed about money this place declares itself to be, it can be difficult to feel quite so chilled when you can see an industrial-sized Tupperware canister of poppadoms from where you are sitting. That didn’t stop us from ordering them with the usual chutney accompaniment though (£2.50 and £2.70). As is the unfair advantage of being the opening act of a meal, the enthusiasms with which they were crunched up far outweighed their modest merit.

The menu is constructed like so - some Sri Lankan dishes for interest, and to add a bit of panache, all bolstered by more obvious ‘curry house’ favourite such as jalfrezi or korma for those who like what they know and know what they like.This split makes it quite a difficult menu to navigate your way round. Are the small plates the same as a starter? Or is their separate entry in the menu constituting a very strong hint that you’re an absolute idiot if you order chicken rolls as a first course instead of as part of an ensemble of dishes. And why are the salads tucked away in the middle of the starters and the shashlik? I completely missed what, on second glance, looks to be the most interesting part of the menu: the baidun, or vegetable side dishes.

The menu confusion might have been less intense if there had been time for a member of staff to talk us through it. Even on what is traditionally a quiet night it was rammed and the staff were obviously harried. It took around twenty minutes for someone to take our drinks order. I felt quite often barked at. The staff often seemed unable to understand what I was saying. Generally I like a brisk manner (as long as it’s not too rude of course) if it is a mark of efficiency and general lack of shillyshallying and faux ‘hey guys I’m just here ‘cos it’s such a fun and groovy place, do you like my tattoos?’ attitude. This, however, was bordering on curt.

For starters we ordered the seikh (sic) kebab (£5.20), which was utterly ordinary: like every seekh kebab I’ve ever tried, it was a bit meaty, a bit spicy, unnecessarily phallic. There was absolutely nothing wrong with it, there was just nothing to differentiate if from thousands of other meat tubes being served up and down the country. Our other starter, the pan-fried kaja (£4.50), didn’t turn up - no doubt due to the fact the waiter couldn’t understand me.

On the strength of the kebab, I was glad we had opted to go more Sri Lankan for the rest of the meal, even though I suspected that this is a case of a cuisine being softened and toned down for English tastes. It has to be said I enjoyed my mustard fish curry (£14.50) with its firm seer fish (a member of the mackerel family, it is said to be especially vicious) and pungent yet mild korma-esque gravy. It was rescued from being too bland by the addition of roadside rice (£7) - a Sri Lankan take on classic stir-fried rice. Again confusion reigned. The rice was in with the sundries but I’m not sure if it is meant to be a standalone dish. I only ordered it because it had an interesting name, but it mightily improved our curries by bringing lots of flavour and texture to the party, so that was a happy accident.

The Elumas curry (£12.20) had plenty of kick, with good tender chunks of lamb on the bone floating in yet more gravy with what appeared to be a cinnamon stick but was actually a pandan (or rampe) leaf; this imparted what my dining partner called ‘the ghost of something a bit more interesting.’ Creditable but I did wish that apparition had manifested itself a bit more strongly. Somebody call Yvette Fielding.

Things were (a bit) more straightforward when it got to the dessert menu. We tried the wattalapan (£6), which was a more earnest version of a crème caramel, and the pistachio ice-cream (£5.50), which according to the menu ‘had achieved cult status among pistachio fans.’ I didn’t realise there was a convention of pistachio ice-cream fans. How come I didn’t get the memo? It was a pretty decent job but, if there are Facebook groups and Reddit threads discussing which is the best of all, I’m not sure this would come out top - more like a convincing next tier.

The food might have been veering towards pedestrian (though I’m willing to see if I can crack the menu on another visit) but it does hint at how good Sri Lankan food can be and I’m genuinely intrigued to find out more. I can see that the softly softly approach - after investing so heavily - is a sensible move on the part of the proprietors, but how about something a bit more daring, a bit more rugged and spectacular, like the Lion’s Rock this restaurant is named after? That really would be impressive.