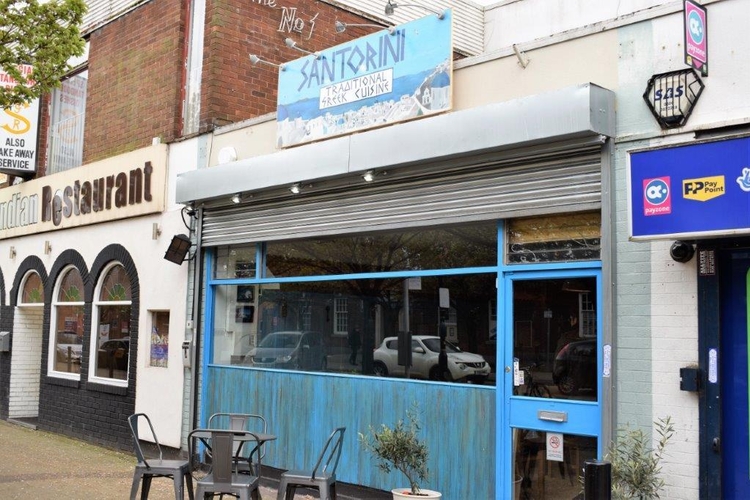 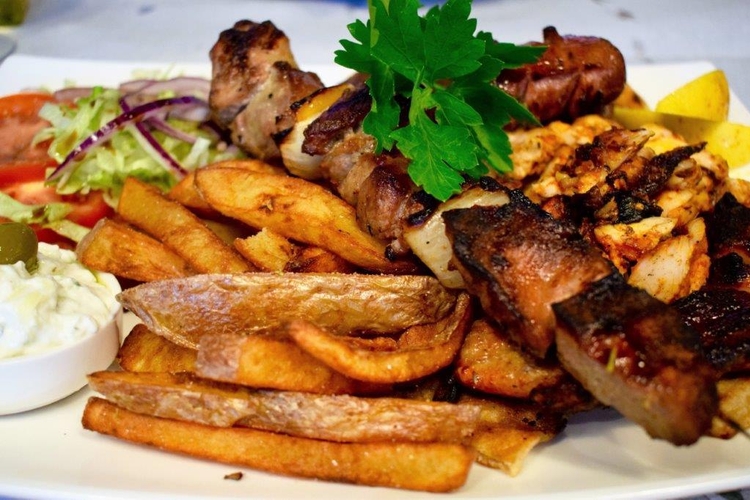 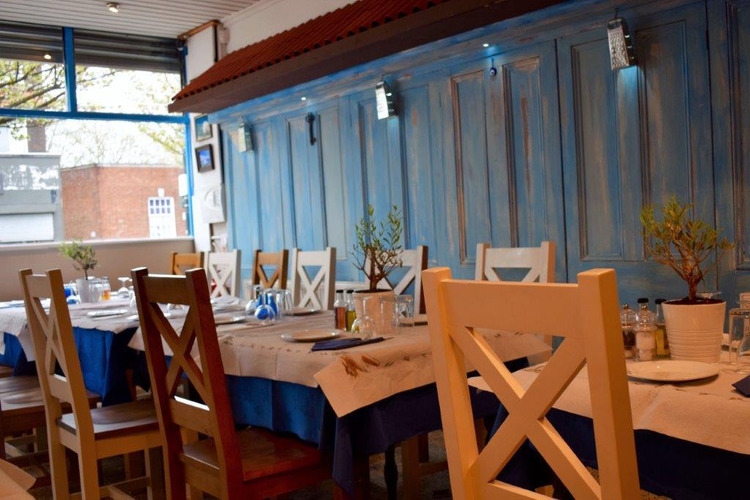 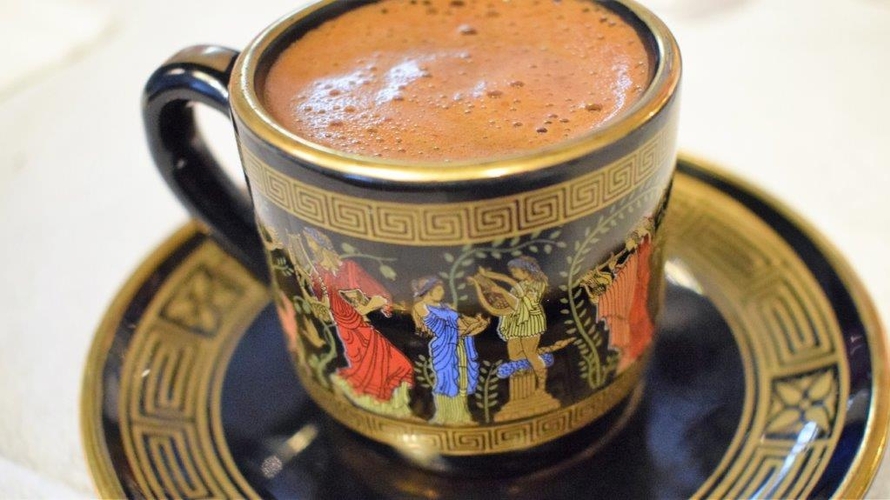 If distressed blue wood and enormous quantities of meat are your thing, this cheerful new Greek gaff will do you nicely, says Lucy Tomlinson

It’s all glamour this job. Why just the other week I had to head off to Santorini. Sadly I’m not talking about a freebie holiday in the jewel of the Aegean, but something nearly as good – a day trip to Urmston.

Santorini the restaurant started life at The Steamhouse, the pub next to Urmston train station.  According to the original story presented in the menu, the owners of The Steamhouse, Claire and Rob, met Akis and Koyla while on their hollibobs in, you guessed it, Santorini.  In a plan cooked up no doubt over a few drinks and the glow of a day in the sun, it was decided that Akis and Koyla would move to Manchester and transform the pub menu with a bit of Greek flair.

Unlike most holiday schemes, this one actually came to fruition and the Steamhouse has successfully been offering Greek specials for a while now. So successfully in fact, that it was decided that Akis and co. would move to their own premises up the road from the pub and it was here that Santorini was born.

Since opening in February it has been difficult to get a table, so popular has it proved. Though despite its recent launch, Santorini doesn’t look brand new – its carefully distressed interiors in vivid Mediterranean blues are meant to evoke the kind of seaside holiday spot that gave birth to this whole idea. There is no confounding of expectations here, no careful reconstructions or ironic takes on Greek cuisine. If you have ever been on holiday in Greece and enjoyed simply cooked food on warm summer evenings, drinking a cold Mythos and slapping away mosquitos, then you know the vibe the Santorini team are going for. They may not be able to recreate the natural beauty of one of Greece’s most famous islands (Urmston, for all its charms, is notably lacking in white sands, blue seas and hidden coves… it does have a miniature railway though) but still, the effect is unnervingly accurate.

For our starter we chose Saganaki, or fried Greek cheese (£5.80). The cheese in this case is not feta but more like cheddar in its melting properties and halloumi in taste. Despite looking like something you’d polish your car bonnet with it tasted, well, as you’d expect fried cheese to taste, a gooey slice of fat-loading heaven. A simple squeeze of lemon gave the melty blandness some kick, otherwise it was simple but tasty.

Our other starter, the tomato balls (£4.60), had a bit more about them. The ‘balls’ are actually translated from the Greek ‘keftedes’ and more like little tomato patties. The tomatoes are grated and combined with fresh herbs and batter, and before you start thinking that compared to the cheese they are a bit on the healthy side, soak up oil like a sponge. On the plus side this gives them a firm, meaty texture and when made with top quality tomatoes they must be sublime. Here they were fine but not mind-blowing.

As for mains, it had to be the lamb kleftiko (£12.95). Slow-cooked in foil and paper, the lamb was meltingly tender and laced with fragrant sprigs of fresh thyme. As it’s a one-pot dish, the potatoes are cooked in with the lamb and tomatoes and become fudgy and fondant with juices, while a crumble of salty white feta adds bite. My only reservations were that it needed quite a bit of extra seasoning and that one of the potatoes had caught a little bit, adding a slight burnt taste. But otherwise the simplicity of the dish was a perfect showcase for classic, robust Greek flavours.

Our other main dish – the Greek mixed grill – was more of a showcase of English influence. There was something very pub foodish about the enormous quantities of meat here – pork belly, chicken gyros, pork souvlaki, lamb kofta and Greek sausage - with a swathe of chips for good measure. At £16.95 it’s good value of course, and that’s important, but I’m not that easily impressed by size. While the sausage had a nice heat to it and the kofta were fabulous, it all rather got lost in the meat pile-up. Mind you, the tzatziki and pitta were pretty good.

And then we had a rather unexpectedly lovely pud (£3.95 for the dessert of the day). Described rather succinctly as ‘orange cake’, the closest English relative I can think of is bread and butter pudding, but much lighter. The cake was soaked in honey and orange syrup which added a fine veil of sweetness and blossom flavour, though the Santorini version appeared to depart from tradition by using marmalade. I was about to scoff at the addition of this apparently British ingredient, but a quick Wiki-check caused me to bite my tongue. Apparently, not content with democracy, geometry and plumbing, the Greeks also invented marmalade. Remember that next time you open a tiny jar of Tiptree’s at a hotel continental breakfast buffet.

So, while the food at Santorini is not a multi-layered, intricate affair of great subtlety, you can easily work out whether you’d enjoy this simple, tasty grub by answering the following questions: Do you like being reminded of going on holiday? Is friendly but efficient service a good thing? Are enormous quantities of meat important to you? Then, if your finances are not up to nipping off on the next easyJet to Greece, a hop on the miniature steam train to Santorini might just do.