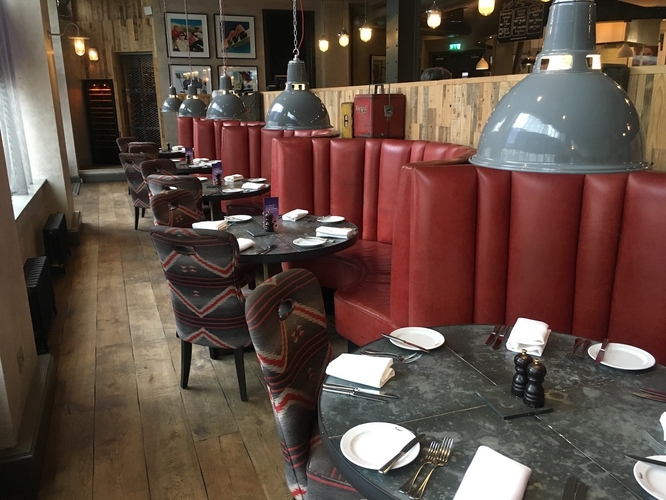 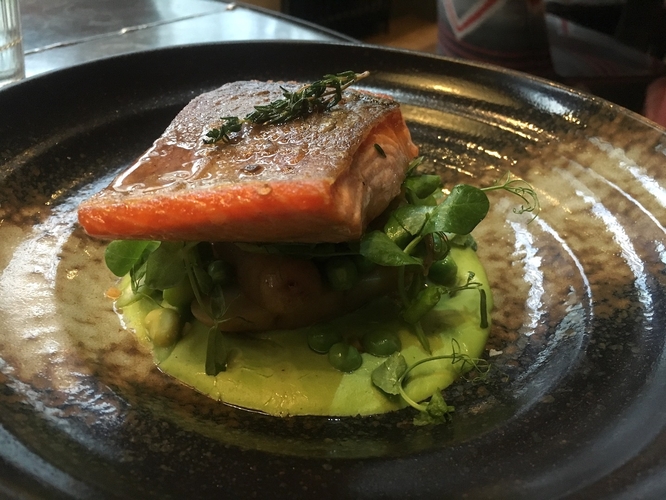 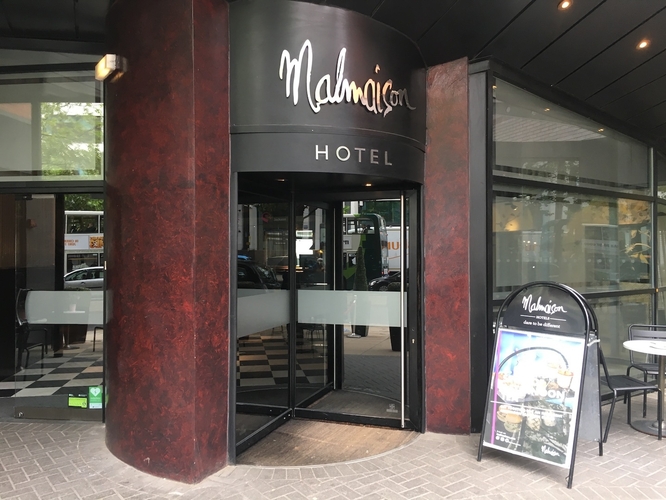 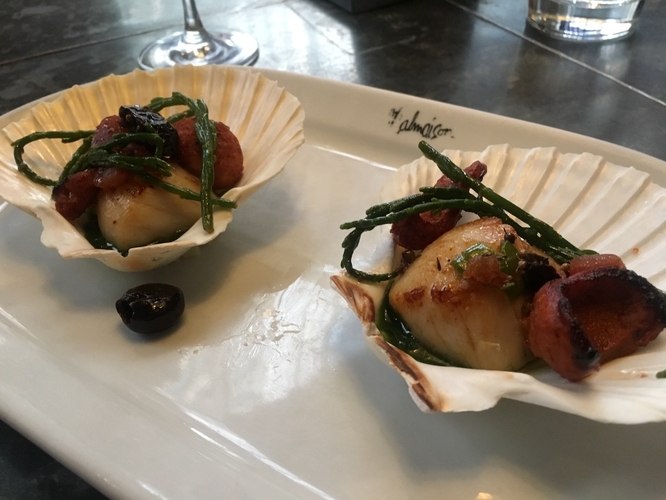 This was a good city centre meal; comfortable surroundings, excellent service and good food and wine. Plus a fine view too.

If you go to Chez Mal Brasserie, then make sure to get a booth in the lower area. This gives a view onto the street where all life passes you by. The people watching on our night out went something like: that one’s a student. He’s an accountant. She must work in a bank. Why are beggars always either sat still or speeding around on mysterious missions? That man must be American, look at his slacks. They must be in a band, have you seen their coordinated hair? Oh God, a hen party, hide... what is the bride carrying?

At one point there was a dramatic altercation between an UberEATS scooter man and an Uber cabbie. We attempted to guess the argument. 'No, your vile company squirrels away the most tax from the British economy.' 'Well yours has a shocking employee rights policy.' 'Hold on, don't we work for the same company?' How they laughed.

Meanwhile, our charming waitress brought us food and drink and asked maybe once too often whether everything was ok.

A scallops (£13.50) starter was a thing of joy to behold with the seafood perfectly timed, the key to the whole being the delightfully salty chorizo. The spinach puree with its soft, harsh kick worked well too. If you go, get this dish.

A rich carafe of Rioja went down a treat with the beautifully cooked pink pan-fried lamb cutlets and braised lamb neck (£19). I adored that flesh. A good broth sang along with the meat as did the other components in the dish with one jarring exception; the spuds were plain weird. Odd stem tubers these ones with a dusty, aggressive taste as though they were angry about something. Nobody wants a face-off with an angry potato, so I left them and told the waitress who went off to tell the chef.

The spuds were just as odd with the river trout. Fortunately the river trout was a delight, yielding yet suffused with flavour on a good pea and bean base. It looked a picture as well, with the contrast between dark crockery and pink fish.

The brownie dessert was rich and sweet which is all you ever want a dessert containing chocolate. The caramel in it made its presence felt and the pecan ice cream made a nice cooling complement.

The trout and the brownie were part of a two course deal for £19.95 (three courses are £24.95). That’s sensible pricing and seemed appreciated by large numbers of people on a busy Wednesday night.

The décor is still the same as the old Smoak restaurant - the previous concept idea from the Malmaison group - which is based on an American ‘gas’ station in a desert. It was a theme as odd as those insane potatoes. Given that most themes look insane three years in, it makes you wonder why so many companies persist with them. The madder elements of Smoak have been removed for Chez Mal Brasserie, although the name translated (if my poor French counts for anything) is still a little bonkers: 'Dear Bad Brasserie'. Funny that, because Chez Mal is neither of those things

A successful night out consists of several elements. The food is part of it, but in essence it forms the backdrop to the company. Food tastes better with laughter and good conversation. That was the case on this occasion but I’m certain that the food here would have created a fine foundation either way. By the way, there’s a Josper Grill if you want a big 900g wing rib for £62. I saw one being served and it made my mouth water. The chef in the Malmaison seems to keep a tight ship in that kitchen and have a good appreciation for presentation.

Outside a woman rushing to Piccadilly Station knocked her wheely bag too hard against a kerb and it flew open. A hair dryer fell out. She slammed the case closed before putting the hair dryer back. She then looked at the hair dryer in her hand, laughed, and deciding she didn’t have time to open the bag and put it back, so scurried off up the station approach as if armed with a raygun from a 1950s sci-fi B-movie.

Get a booth, I say, order some really decent scan and watch the world pass by like a video installation.