Struggling? Well, that’s because speciality seafood restaurants in Manchester are harder to find than Blackbeard’s booty. Your best bet was either Chinatown, to go Japanese and visit the fantastic Victoria station sushi cave, Umezushi, or jump on a train from Piccadilly to Heaton Chapel and take the five minute walk to the simple café attached to Easy Fish fishmongers in Heaton Moor.

The restaurant is co-owned by former telly chef, Ed Baines, with the original launching in an old Soho butcher’s shop in 1996, back when ‘the sex industry was still in full swing’. With a focus on oysters, champagne and London’s freshest seafood, the restaurant quickly became an institution amongst celebs, suits and trendies – and still is 20 years later.

Randall & Aubin Manchester has the luxurious, but still down-to-earth charm of its Soho parent.

It's been divided seamlessly into four different sections, with the front display window home to the kind of extravagant seafood and shellfish display the restaurant is famous for.

The entrance leads into a busy galley kitchen, so anyone wanting a ringside seat over the shucking and de-bearding is welcome to sit on the five tables in the area they've nicknamed 'Irwell'. Each has a Champagne and caviar request button which illuminates a corresponding numbered light on the wall behind when pressed.

Guests then walk past 'the cage', a lockable unit where regulars who are partial to a tipple that’s not on R&A's list are encouraged to park their own bottle for their exclusive use; it'll be labelled, minded and brought out whenever you need it.

This leads onto the bar area (which they've nicknamed 'The Hacienda', of course), a classic set up in bronze, dark wood and rows of seductively inviting bottles and shiny glasses.

Opposite is 'Soho', with half a dozen marble topped high tables made for cracking into tumbling cascades of fruit de mer or a simpler lunchtime half pint of prawns and a glass of something cold. 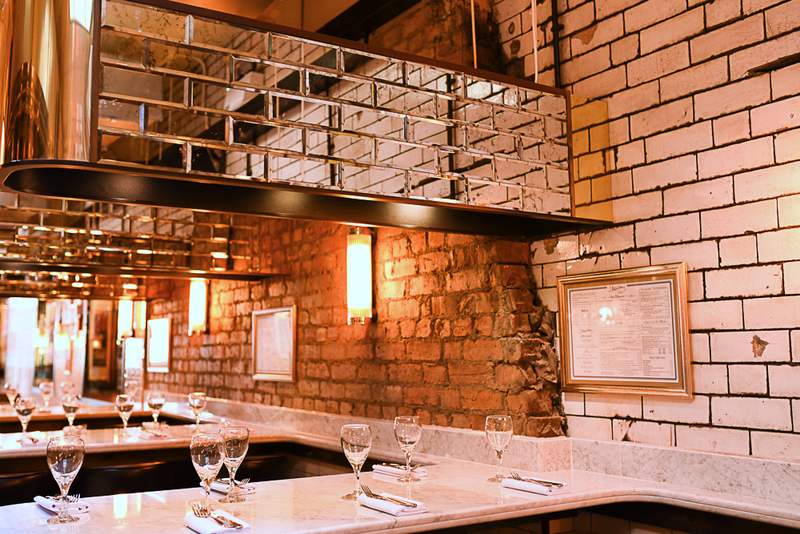 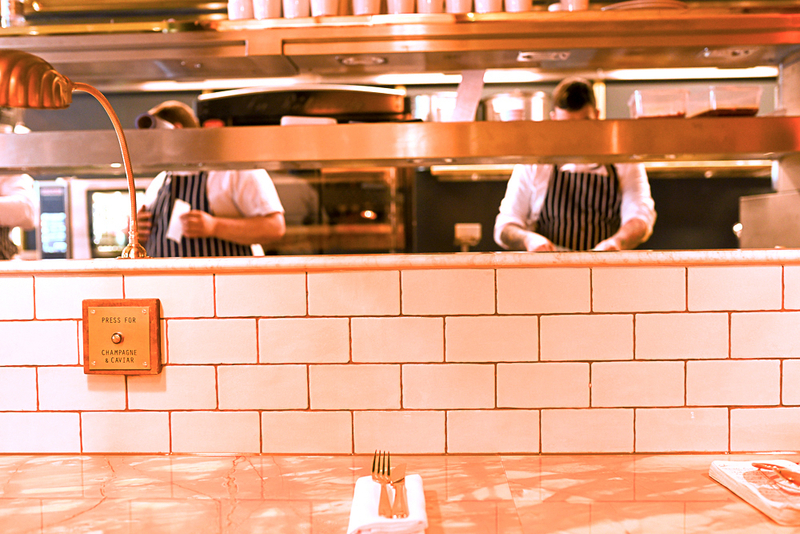 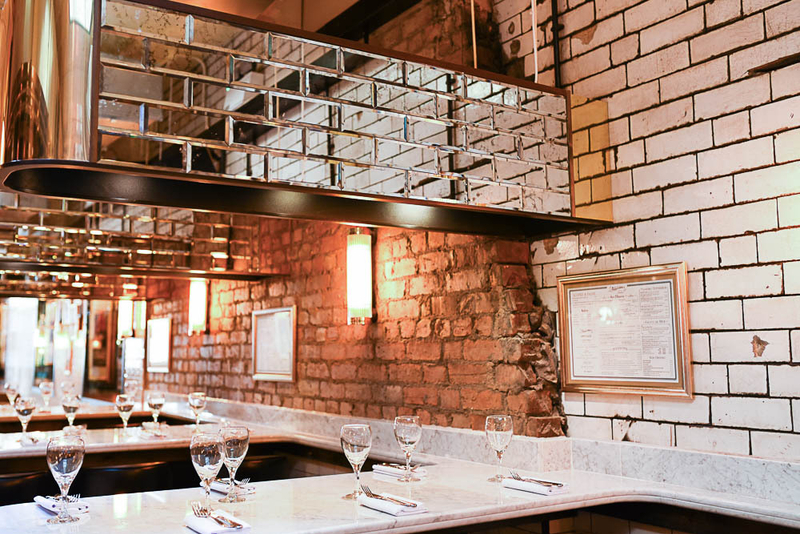 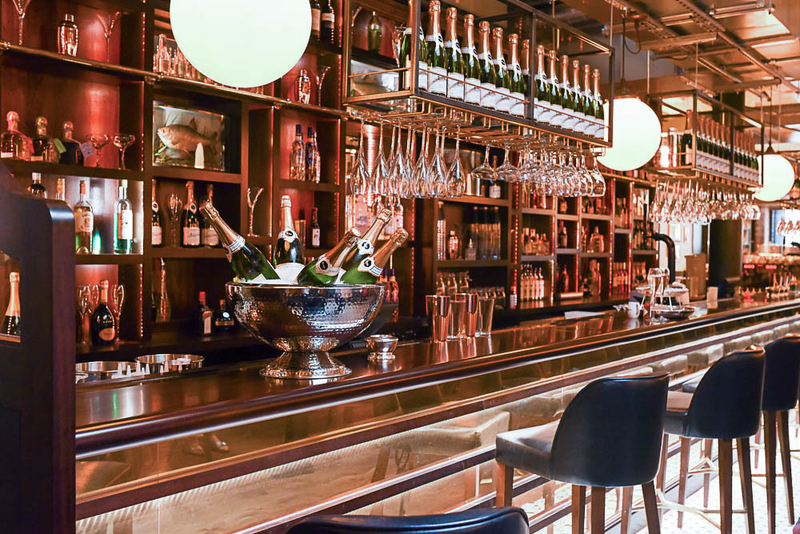 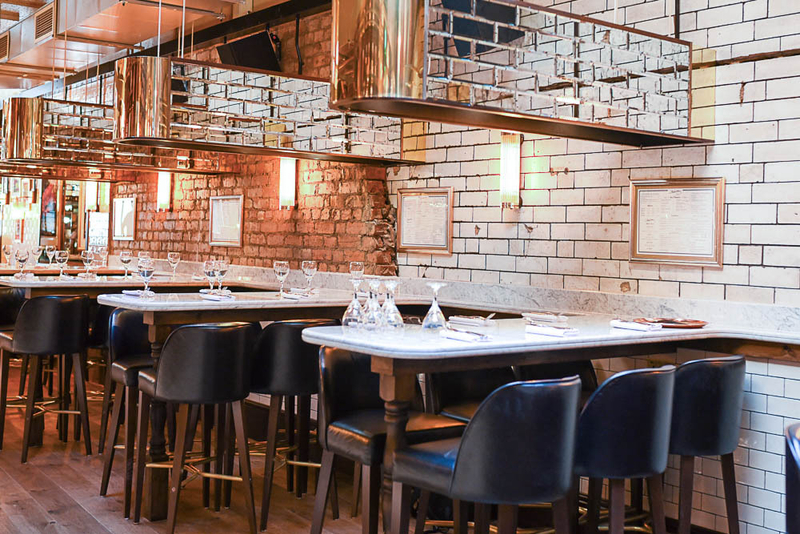 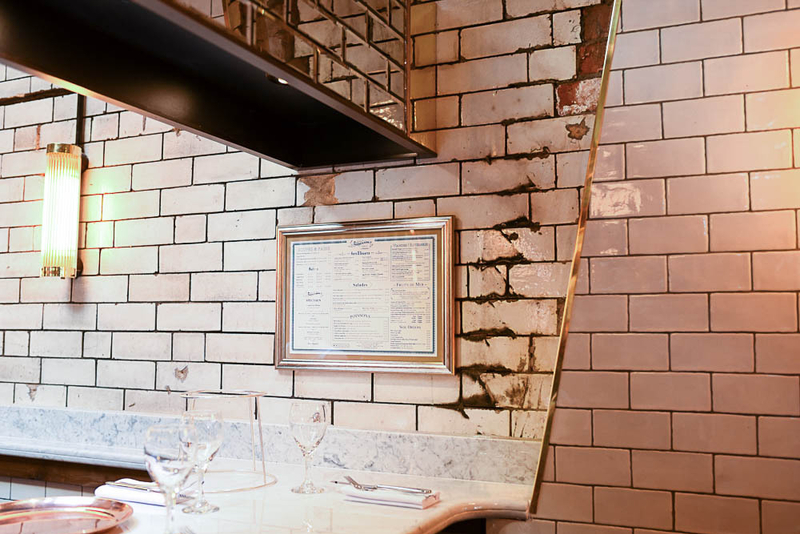 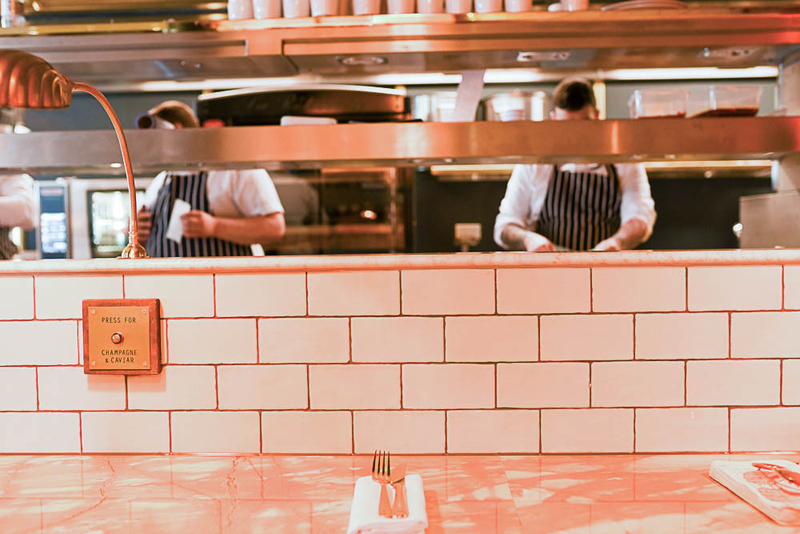 Past a giant disco ball - which waits patiently for inevitable oyster and Champagne fuelled parties - is the restaurant proper. If you want relaxed luxury, or if you have paparazzi or ex-spouses to hide from, this ‘library’ is the spot for you. Here you'll find booth seating decked out in soft tan leather with the colour and feel of a billionaire after a weekend in Monaco.

But don’t let that fool you, chef Baines is keen to state that the menu is not all high brow and overly expensive. He describes the style of food as Anglo-French, but says “the essence of the menu and the soul of the company is everything for everyone, and we’ll always stand by that.”

“It looks lovely in here, but if you want to come in and have bangers and mash and a glass of beer that’s fine by me," says Baines. "On Sundays we’ll have beautiful prime ribs and lovely French sauces. For £10.95 you can come in and have a huge bowl of moules marinere with artisan bread, baked up the road. We also do a great fish pie (£11.50)."

They make almost everything on site, including their own sausages, but Randall & Aubin’s signature dish has to be the magnificent platter of fruits de mer (£42.50 per head, minimum two people). “That’s the thing to have”, adds Ed, "but for me it’s got to be spit roast chicken and chips (£10.50) with a glass of that 1936 Swiss beer – that’s probably what’ll be my last supper.”

Randall & Aubin opens fully to the public on Bridge Street from Tuesday 30 May.
Book a table.
Find out more here.