POMONA Island is remarkable: a large scale cleared site over a kilometre in length where the imagination can run wild. You could do anything here. Or nothing. Or ruin it with a load of half-arsed tat.

These are low-grade Torremolinos towers, a 'you must be joking' pair of non-entities.

Unfortunately the latter appears to be the option Peel Group, who own the site, has chosen. Planning permission has been submitted for the north western part of Pomona to be given over to apartment blocks which have abandoned aspiration and ambition in favour of brutal utility.

First a bit of background.

Pomona Island is a faux island created by canals, with the River Irwell/Manchester Ship Canal to the north west, and the Bridgewater Canal to the south east. It begins in Castlefield and ends almost at Old Trafford. It is the link between the city centre and the Quays.

It was once terminated on the city side by Hulme Hall, a ramshackle but charming half-timbered structure home to Lady Ann Bland who built St Ann’s Church in the city centre. Hulme Hall went in 1845.

Then came pleasure gardens with a sweet name to attract visitors. Pomona is the Roman goddess of fruitfulness. Perfect marketing. That gave way to Royal Pomona Palace. As an extract from the forthcoming book Lost & Imagined Manchester says: ‘The Royal Pomona Palace was built in 1868. The grand facade, eighteen bays wide, almost as wide as Manchester Town Hall, had a central tower carrying large clocks, a mansard roof and a row of fine arched windows at first floor level. Behind were extensive dining rooms covered in painted scenes and the largest gathering hall in the country. This was 216ft long, 220ft wide and 60ft high. It could accommodate 20,000 souls and it frequently did.'

But as industry hemmed the site Pomona quickly lost its lustre. The end came suddenly in 1887 when a neighbouring chemical works blew up, killing at least one person, and taking much of the Royal Pomona Palace with it. The writing had been on the wall in any case and soon Pomona became Pomona Docks and an extension to Manchester Ship Canal which opened in 1894. From the 1970s onwards the site was cleared and some dock arms filled in.

Aside from a new link constructed between Manchester Ship Canal and the Bridgewater Hall, nature has held sway ever since, despite Peel stripping the vegetation of Pomona Island on one occasion. Some suspect this was a measure to prevent it gaining protected status for its ecology. Today the area is given over to scrub birch, popular, buddleia, herons, thrushes, swans, cormorants and that most curious of wildlife, fishermen.

Hayley Flynn on Skyliner has written a fine piece about Pomona - click here.

There have been lots of proposals for the cleared site including a proposed Dan Dare theme park. Urban dreamers have looked at it and conjured a new Manchester Botanical Gardens. Peel Group and Trafford Council have conjured flats, flats and more flats with a bit of green space.

That latter vision is what will happen. The proposed flats at the northern end of the site mark the direction in which Pomona is travelling. First up will be two buildings designed by Oldham practice Nicol Thomas, an eleven storey building of 86 apartments and a ten storey building of 78 apartments with a ground floor link. There will be car parking with access from Hulme Hall Road plus new landscaping and the refurbishment of the footpath alongside the Ship Canal.

A nicely rain-stainable pair of nothings

At the moment the drawings look terrible; low-grade Torremolinos, garish yet strangely plain, depending on which elevation you're looking at, a 'you must be joking' pair of non-entities. To give Nicol Thomas the benefit of the doubt, they probably had a very constrained budget with which to deliver these designs. If not they've got very constrained imaginations. You can see some of their previous work here. Let's hope the completed blocks look nothing like the proposals for never has the phrase mock-up been so apt. 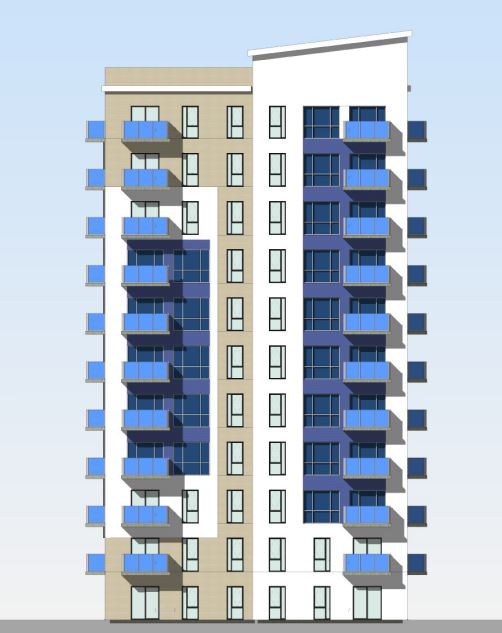 The dreamers of dreams for Pomona Island are horrified by these buildings. We all should be. The indefatigable Adam Prince of the Friends of London Road Fire Station and others are mobilising forces. As they advise, if you want to complain about the Nicol Thomas blocks then email Trafford Council quoting reference 85822/FUL/15 at planning@trafford.gov.uk or even write directly to the case officer at richard.gore@trafford.gov.uk. The campaigners suggest grounds for objecting to these buildings such as the loss of a vital, if scarcely used, green space adjacent to the city centre plus loss of wildlife habitats.

As Flynn noted in her piece mentioned above: 'A flora report of the area identifies the presence of thirty-three biologically important species including the bee orchid which is listed as rare in Greater Manchester and found only at four other sites.'

Despite these concerns all the cards are in the hands of Peel Group.

It would be glorious if some grand gesture could be made to create a remarkable green lung for Manchester. However given this is a redundant brownfield site it's hard to believe Peel will fail with planning applications if they wish to fill a space they themselves own with uninspiring blocks of flats. Trafford Metropolitan Borough Council have a history of avoiding conflict with Peel. Instead this is a council that likes to lie down and take it from Peel.

Walk Pomona Island in any weather and you can see why it is so seductive, so suggestive for fertile imaginations.The place is big, it has the romance of delivering a form of wildness close to the urban centre, it has interesting historical associations, so to turn it into any other fringe part of the city centre seems an insane waste. Maybe it's the cleared character of the area that makes the pain of those terrible twins from Nicol Thomas more intense. If they were proposed following the demolition of other buildings in another city location we'd scarcely notice.

Below is George Haydock's lyrical short film about Pomona Island from 2014. It's a lovely documentary of doomed space. With that in mind let's, if nothing else, hold Trafford to their 2014 commitments when they wrote: '2.5 hectares of new open space/green infrastructure will be provided, of which approximately 2 hectares will be delivered as a new Neighbourhood Park. The Neighbourhood Park should be located in the centre of the Pomona Island Strategic Location immediately adjacent to the Ship Canal and should incorporate formal and informal recreation/green space. A ‘green corridor’ will be delivered east-west through the length of the site, incorporating existing and creating new areas of open space'.

Pomona Docks in the middle of the twentieth century 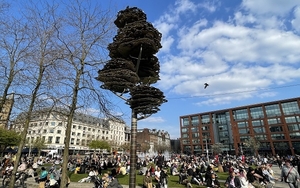 Jonathan Schofield on tricky CGIs, and big plans in Salford, Alty and Prestwich 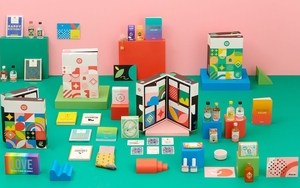 Stuck for gift ideas? How about an advent calendar for birthdays?