As the ribbon-like cascades are lifted into place, lead civil engineer Brian Duguid credits all those behind this fine example of modern British civil engineering

Ordsall Chord is now complete with the installation of two huge steel cascades - the final part of the first network arch bridge in the UK.

The Ordsall Chord line is 300m of track and a series of new bridges and viaducts designed by BDP. When the entire project is finished by December 2017, it will link Manchester’s Piccadilly and Victoria rail stations directly for the first time by heavy rail. This will improve connectivity across the north of England and in turn is expected to deliver large economic benefits.

Of course the watchword for this project has been teamwork.

When we published this article back in February we rightly praised Peter Jenkins of BDP for coming up with the sweet vision for the bold scheme and described it as having the quality of Japanese calligraphy.

Jenkins said: “The overall concept for the bridges is that of a continual, flowing ribbon which incorporates individual structures into a single over-arching identity. This latest piece of steelwork connects the River Irwell and Trinity Way bridges with a twisting, sinuous form which smoothly brings the concept of the structure to fruition.

"The process began with pen and paper concepts which were explored through structural analysis and developed into complex three-dimensional modelling. The bridge’s arches and cascades (40 tonne drops at the Salford end of the viaduct) were then fabricated by Severfield in Bolton before being delivered to site."

After that article in February a curious thing happened (with Jenkins’ approval). It seemed we’d forgotten a few people. So Brian Duguid, Lead Civil Engineer, Ordsall Chord, wrote to us.

This was interesting because it underlined a point about the nature of such projects. When asked, we might simplistically say Manchester Town Hall is by architect Alfred Waterhouse. In doing so we ignore the civil engineers and builders who delivered Waterhouse’s vision.

So below Brian Duguid, with Peter Jenkins, gives full credit to the team behind this large and fine example of modern British civil engineering.

Those we have named, and most of the wider team, are based in the North West and we are delighted that we don’t have to go elsewhere to find people to lead and deliver such a major project

‘We think it’s appropriate to shed some light on the wider team responsible for the Ordsall Chord, not only to ensure fair credit for the origination and development of the design, but also to let the engineering achievement be recognised alongside the architectural.

'Unlike buildings or public realm architecture, the engineer clearly plays a major role in the visual success of infrastructure works, and we think Manchester, Salford and the North West should be proud of the engineering success story that the Ordsall Chord represents.

‘Difficulties over design credit and attribution are nothing new. Stephenson’s Bridge, the fine Grade I-listed masonry arch bridge over the Irwell, which the Ordsall Chord project is carefully revealing and restoring, has in its very name a probable untruth. While George Stephenson is justly recognised as being responsible for the pioneering 1830  Liverpool to Manchester Railway, it is doubtful that he wholly designed the bridge which now bears his name.

‘By clearing away nearly two centuries of accumulated grime, the initials GS are visibly carved into one of the arch keystones, but you will also find JD, in recognition of resident engineer John Dixon. You will find nothing to credit Liverpool Docks engineer Jesse Hartley, nor Thomas Longridge Gooch, although either or both may have been involved in the design. Gooch was Stephenson’s draughtsman, a significant role responsible for turning all of Stephenson’s rough sketches into actual designs, although it is likely that much of the detail will have been worked out by resident engineers such as Dixon.

‘This is to say nothing of those more often neglected than the humble engineers: the builders. The L&MR bridge over the River Irwell was built by a partnership of J.B. Brockbank and Alexander Fyfe. It’s likely that Gooch, Dixon and Fyfe were largely responsible for the Irwell bridge as built.

‘If we can never find out the truth about matters which history chose not to record, we might however make sure the full story of the Ordsall Chord’s design and construction is remembered. 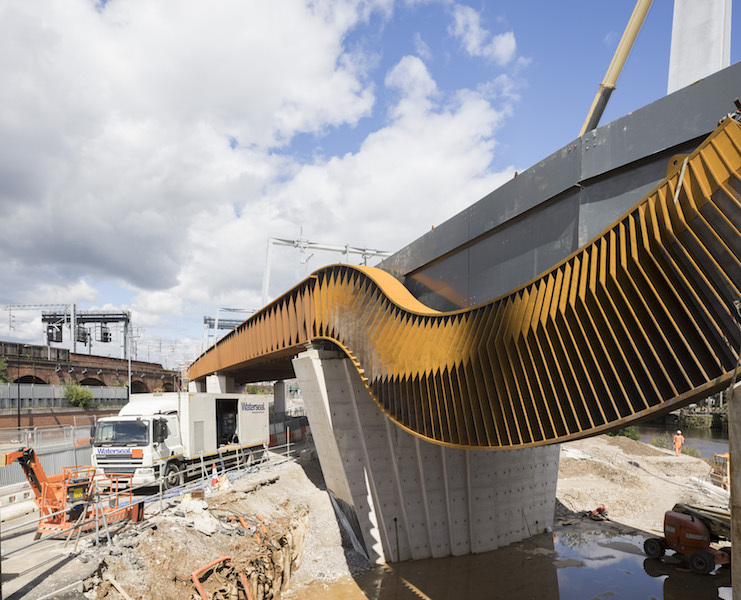 ‘As BDP’s lead architect, Peter Jenkins has played a central role. Peter devised the unifying ‘ribbon’ concept which takes what would otherwise be a jumbled sequence of engineering-driven solutions and through that mighty pen stroke created the flowing curve likened by Jonathan Schofield to ‘Japanese calligraphy’. It is fair to say that no engineer would have made the same choice.

‘But the choice of the viaduct forms can be traced to the contribution of others, and principally the role of Padraig McCarron, engineer with WSP|PB. For a bridge on the scale of the Chord’s river span, there are few feasible structural possibilities, and many of these would have dominated or disfigured this sensitive landscape. It was Padraig who first suggested the network arch solution to sustain the architectural vision, a brave proposal given that no bridge of this type has been built in this country before.

‘Fiendishly complex both to design and to build, the design’s lattice of solid steel hangers provides the necessary stiffness which allows a much shallower arch than normal. Without this, we would have a bridge which dominated its historic environment through sheer height, and any hope of smooth calligraphy would have been forlorn.

‘Too often, great ideas can end up disappointing once prey to the necessary compromises of practicality and economy. With a construction team on board, further key contributions came from the viaduct’s lead structural engineers, AECOM Mott MacDonald.

'I was the lead engineer at the heart of ‘making it all stand up’. This was complex, akin to trying to tune a harp where all the strings are crossed. Bringing in architectural sub-consultant Knight Architects to assist, Peter and I worked hand-in-hand to ensure that design development was positive: both preserving the original concept, and improving it where possible. 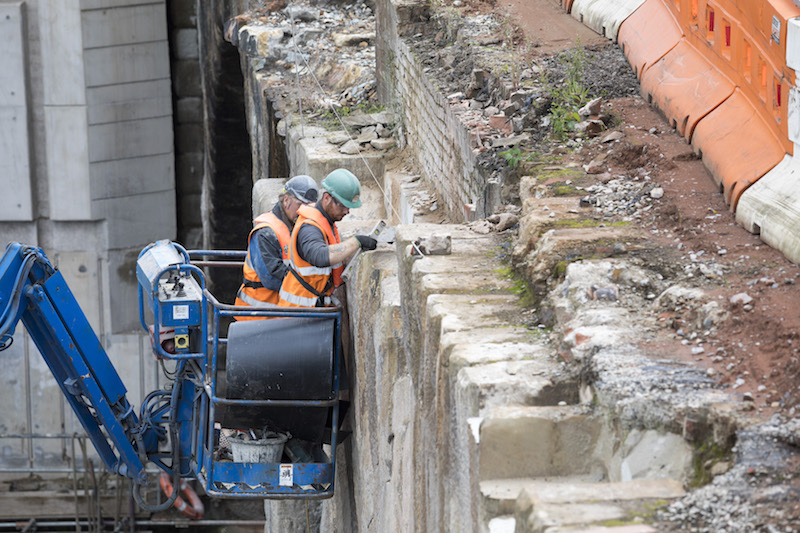 ‘As in Stephenson’s day, the builder does more than simply build, and out of a host of potential heroes, we would single out Jed Hulme of Bolton-based Severfield, who have supplied, assembled and installed the project’s steelwork (several thousand tonnes of it). The role of Jed has been more than just ensuring that a grand vision could be successfully welded and lifted: much of the architectural detailing and shape of the Chord structures were developed with the design and construction partners working as a single team.

‘To single out these four team members is, of course, to be unfair to several dozen more who can justifiably point to parts of the finished viaduct and say “It looks like that because of me”. Nonetheless, the key point is simple: the best bridges are almost never the work of a single author, but of a genuine partnership where architecture, engineering and construction are in fact entirely the same thing, even if those responsible are compelled to wear different badges to suit their nominal roles.

'The detailed shaping of each part, parts of the design where a grand gesture can easily succumb to compromise, arises entirely from collaborative development, with the folds, ribs and surfaces of the main steelwork all working for both visual and structural effect.

‘The Liverpool and Manchester Railway was recognised immediately in its time to be a world-class engineering achievement, designed and built by alumni of the northern industrial revolution. Visitors came from throughout the country and around the world to learn how they could apply its lessons and innovations elsewhere.

‘We are particularly proud that the Ordsall Chord is also a creation of local endeavour and ingenuity: those we have named, and most of the wider team, are based in the North West and we are delighted that we don’t have to go elsewhere to find people to lead and deliver such a major project.’

Confidential says ‘good on you Brian’. We’re pleased to acknowledge the full team that delivered the fine Ordsall Chord. Though strikers in football often get all the glory, they'd be nothing without the rest of the team. 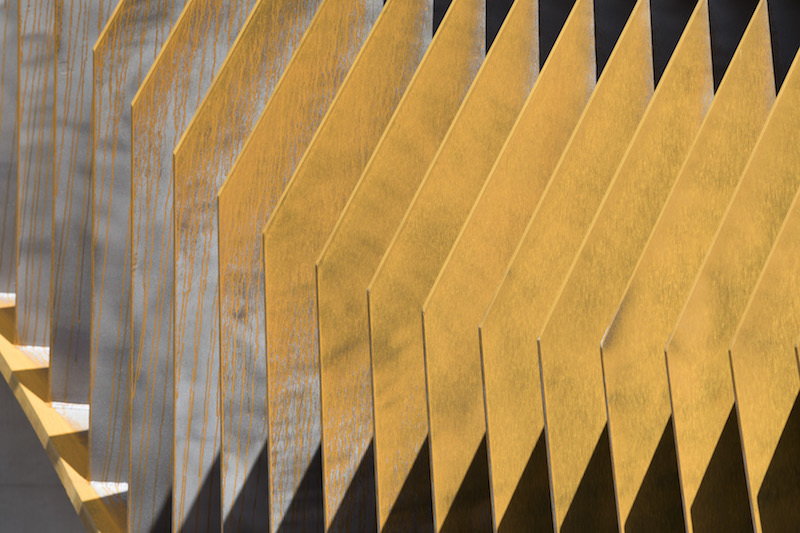 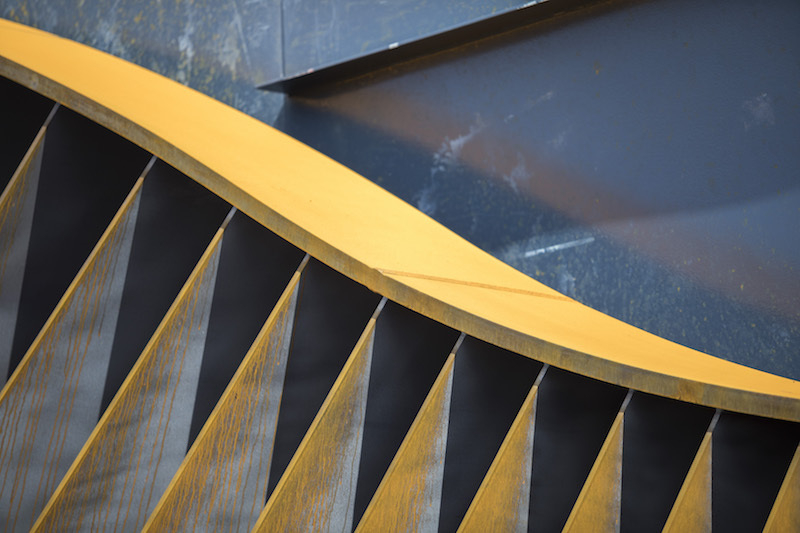 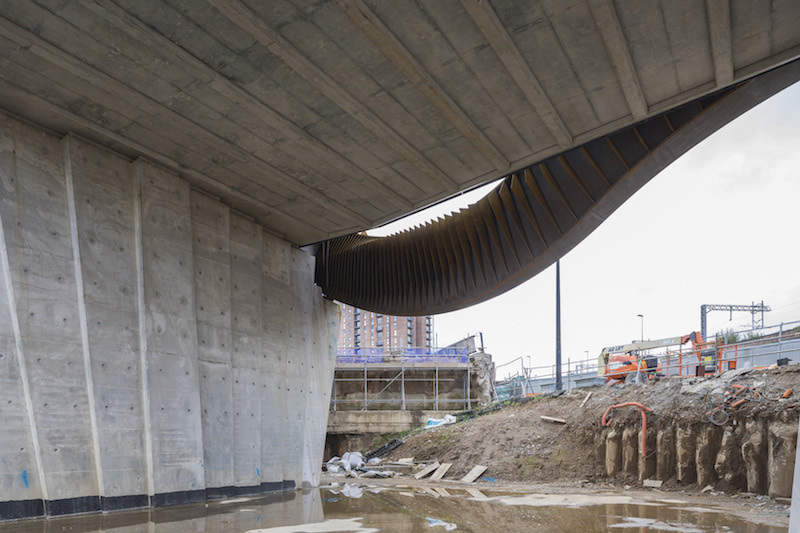 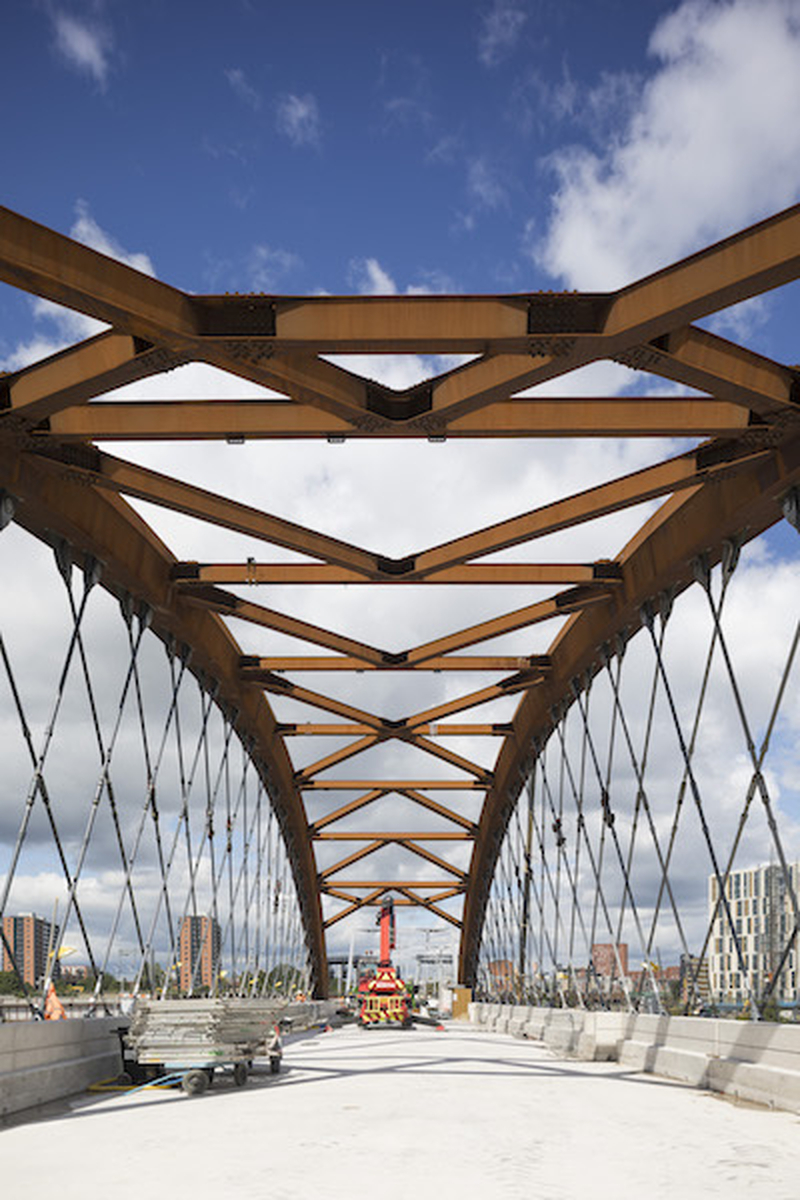 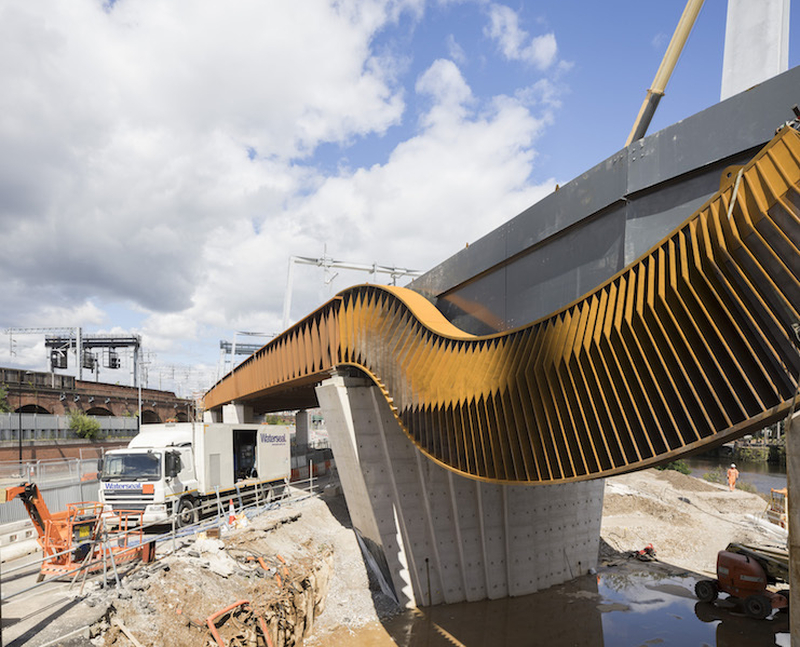 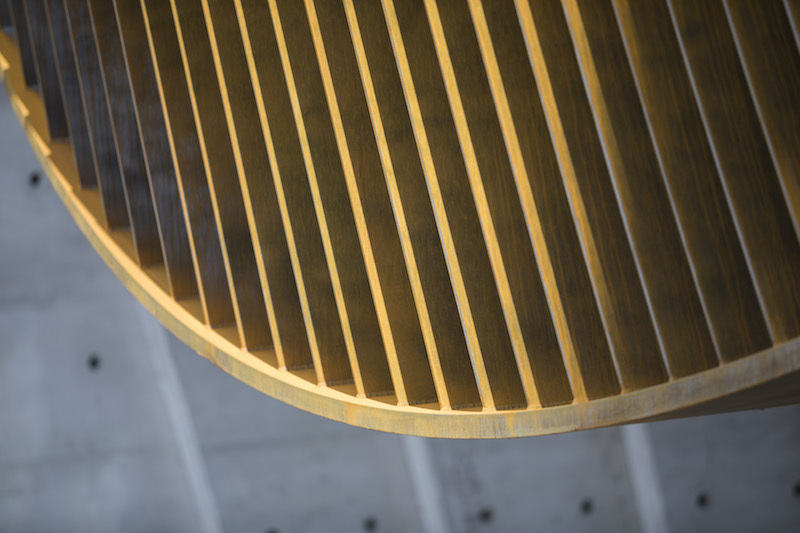 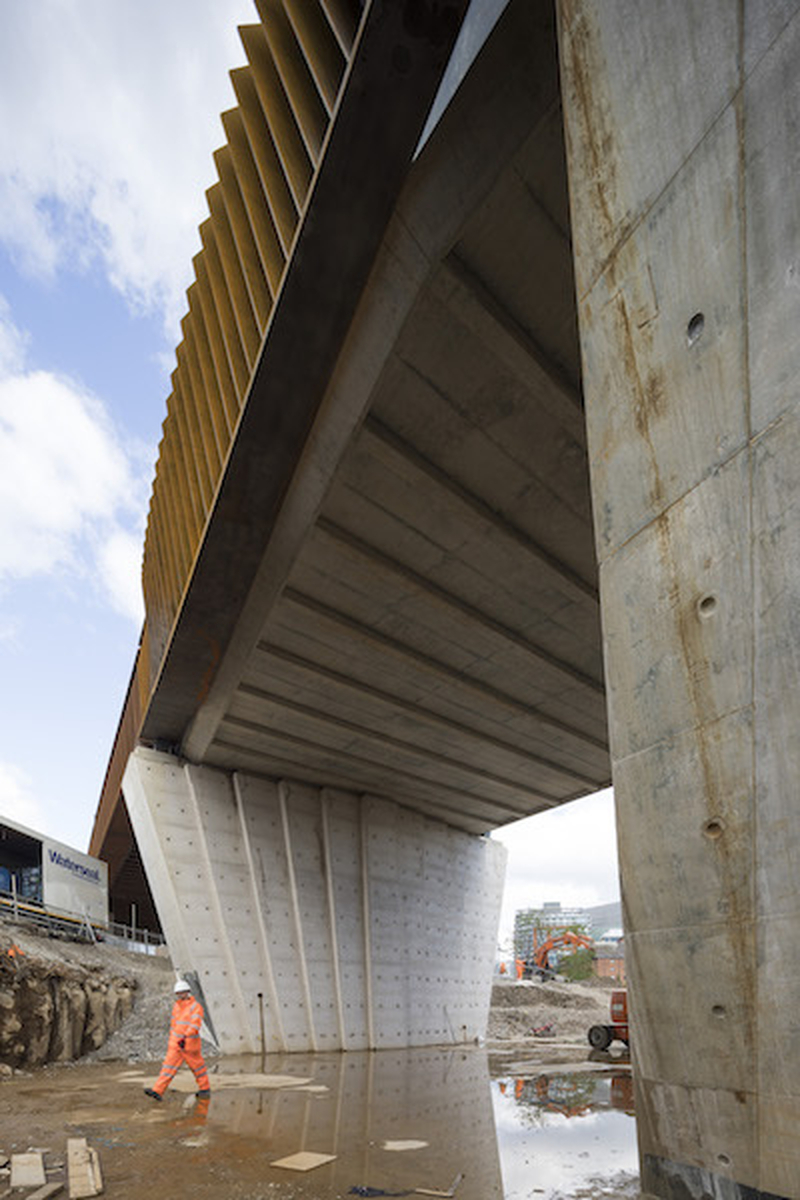 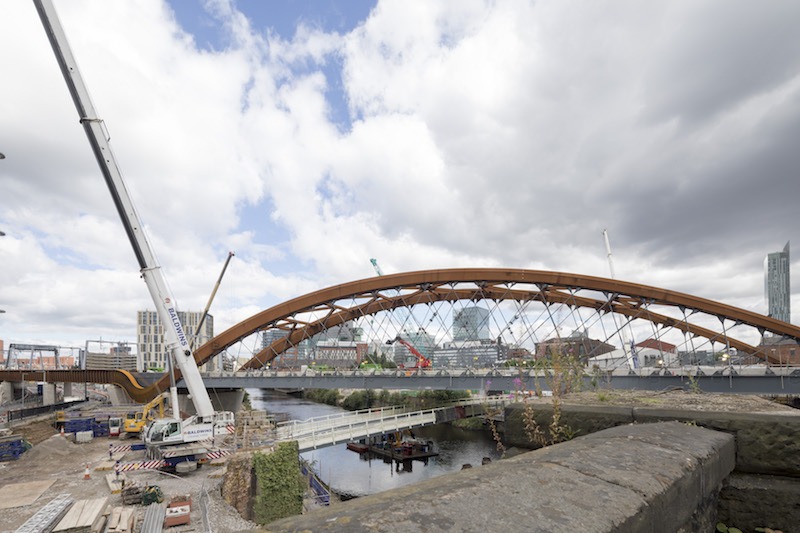 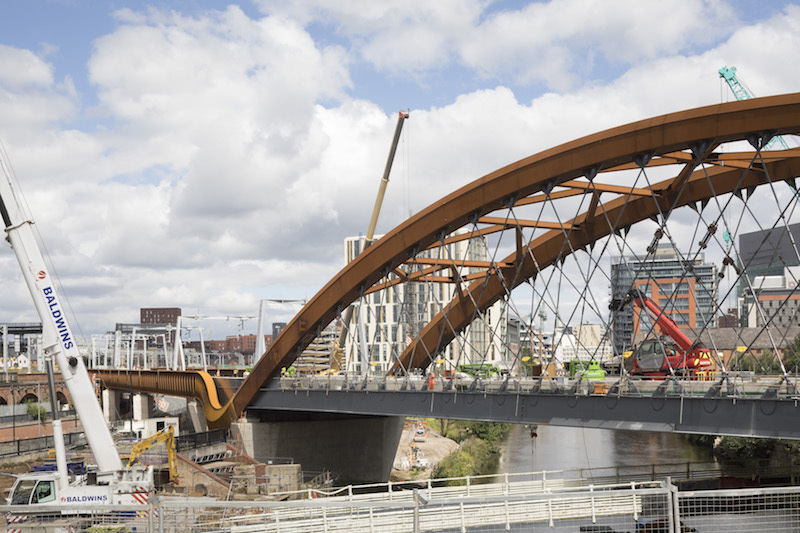