Too often, local democracy can seem like an impenetrable web of minutes and memoranda, designed to confuse everyone (even councillors some of the time) and bog down efforts to bring about real change.

While protest is no doubt a cathartic and sometimes effective tool, one activist group decided to look at another route - to change the structure of the council itself. Through a persistent campaign of traditional and less-traditional means Climate Emergency Manchester compelled Manchester City Council to add a committee to its roster, dedicated to the environmental problems brought about by climate change and how the city will tackle them.

Chloe Jeffries told Confidentials about how Climate Emergency Manchester works to change the system and how they will continue to hold Manchester City Councillor to its climate promises. 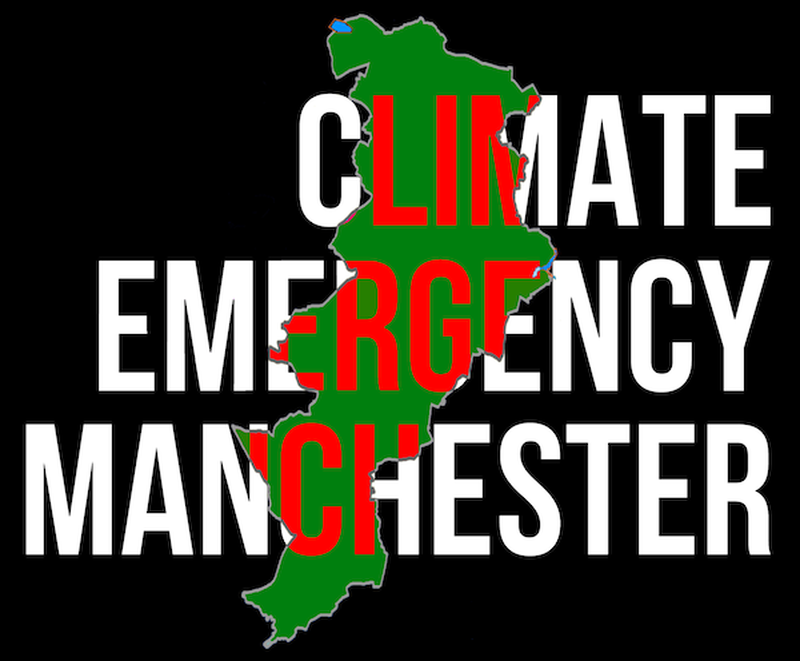 In election season, it’s easy to focus on people and policies. Smiling faces and new pledges (both sometimes forced) dominate our feeds. But the ballot box is not the only democratic lever we have as citizens. In a city like Manchester, with few contests, it cannot be the only way to put pressure on those in power. This is particularly true when it comes to the climate crisis, an issue that operates on a different timescale to the electoral cycle. So beyond voting, what can we do to hold politicians to account?

Again and again, we saw the climate crisis pushed down the agenda, or not featuring on it at all

On 31 March 2021 something rare happened in Manchester: constitutional change. That may not sound sexy. But it is important and here’s why. Manchester City Council has six scrutiny committees - "critical friend" or "watchdog" bodies of elected officials whose job it is to keep the Council’s big cheeses (the Executive) in check.

The scrutiny committees are supposed to cover the major issues affecting the city. But we at Climate Emergency Manchester tracked these committees each month following the Council’s declaration of a climate emergency in July 2019. Again and again, we saw the climate crisis pushed down the agenda, or not featured on it at all.

We concluded that the only way to get an adequate discussion of climate was with a committee dedicated to the crisis. That’s why we ran a petition campaign in 2020, making videos, beermats, flyering and attending socially distanced outdoor events when possible. It gathered the largest number of signatures of any grassroots petition to Manchester City Council. The figure meant we could put our case formally at a Council meeting in February 2021.

Thanks to further citizen pressure (including an open letter signed by 28 community groups) councillors recommended rejigging the existing six committees to make climate central to one. From May, Manchester will have an Environment and Climate Change Scrutiny Committee. It’s a small but significant victory. To make it count, we at Climate Emergency Manchester believe three issues that our campaign opened up must be pursued by a coalition of campaigners in the coming months.

Getting its own house in order is the much easier task for any organisation. But the Council has a pivotal role to play in the main game: the 98%. This will be tough. Reducing the city emissions involves influencing, partnerships, creativity, risk (not simply telling other bodies what to do. We know that’s not possible).

We hoped to get an explicit commitment to scrutinising the emissions of the city into the remit of the new committee. We did not secure that in writing but on 31 March council leaders made verbal assurances that they would work in partnership to tackle the emissions of the city. These fine words must not be swept under the rug, quietly sidelined when targets are missed.

Above all, the Environment and Climate Change Scrutiny Committee cannot just receive guest-speaker style presentations from the Manchester Climate Change Agency. The Agency is the body responsible for working with partners on climate and it is owned by the Council. It must be scrutinised as such. Is it fit for purpose? Is its ambition sufficient? Are its plans on track? If councillors are not posing these questions, Manchester may burn through the second quarter of its carbon budget even sooner than we feared.

#Manchester is aiming to reach net zero by 2038 at the latest, and is committed to keeping global heating below the 1.5 degrees Celsius #ParisAgreement target. #RacetoZero @ManCityCouncil pic.twitter.com/TiW0VN63WP
— Manchester Climate Change Agency (@McrClimate) December 17, 2020

Where the power lies

The second task is to ensure that climate change also appears on the agenda of the other five scrutiny committees, not hived off. We know that the climate emergency intersects with multiple crises. Climate change is a health issue (so let’s talk about it at the Health committee). Climate change will affect future generations more (so how about an item at the Children and Young People’s committee?).

The report approved at Council on 31 March declared that “[…]tackling climate change continues to be a cross-cutting priority for the Council and all of its committees, and that other Scrutiny Committees should continue to scrutinise climate change issues in relation to matters that fall within their terms of reference.” We will monitor this promise, and write to councillors if climate does not in fact cut across.

The third task is about where power lies. Our campaign focused on scrutiny committees as an initial way to drag local democracy into the 21st century.

We know that scrutiny committees are not a magic bullet (if only). Their power is limited, partly because Manchester operates under the ‘strong leader’ model. This means that few councillors are directly involved in decision-making. Power is concentrated in the hands of eight or so individuals (out of 93 elected).

The majority of councillors who are not part of the Executive - those in your ward, those you elect - have little say. On 6 May, residents in two parts of England are voting for more than just people and policies.

In Sheffield and the London borough of Newham, people can have their say on the system. "It’s Our Sheffield" began, like Climate Emergency Manchester’s campaign, with a petition.  Now it is a referendum on running the council by committee system, with decision-making shared by more councillors. Amidst all the talk of doing things differently after COVID-19, should we have this option on the table here in Manchester?

On climate and many issues, councils must take any opportunity they can to have greater control over their own destiny and bring in new ideas. A Westminster saviour seems far off. National government has starved local authorities of funds for a decade, while the current COP26 diplomacy suggests No 10 will hog any green limelight going. Local democracy can adapt. But it needs a firm, people-powered push.

Climate Emergency Manchester is a non-partisan voluntary group that connects concerned citizens to push for more urgent local action on climate change. If you’d like to get involved in any of the group's work, or just find out more about what they do - please get in touch.

Read next: Manchester Mayoral and council elections confirmed for May