'Food as forgettable as the celebs' - My Pizza & Prosecco Bar by Gino D'Acampo, Arndale, Review 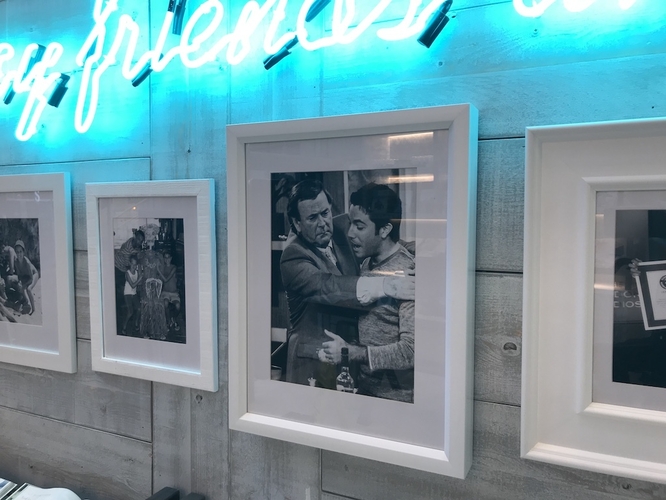 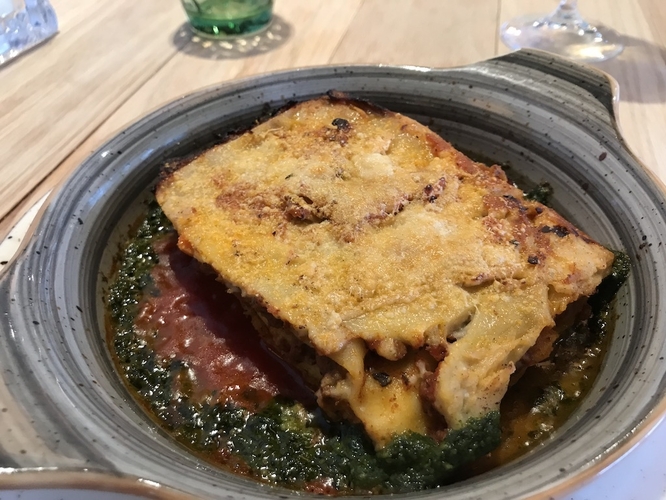 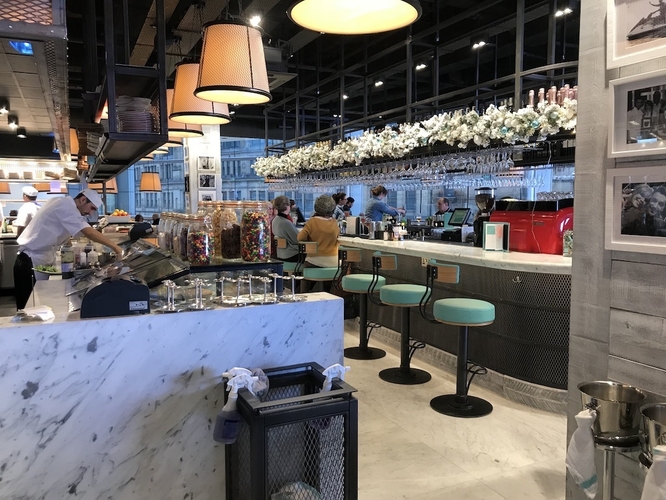 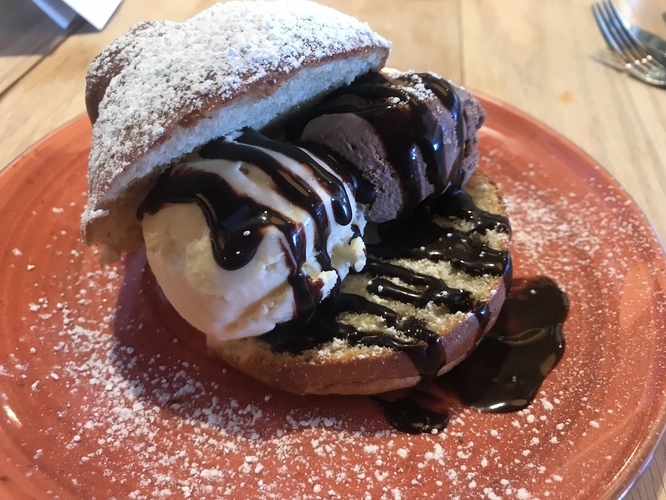 GINO D’CAMPO has a new outlet in Manchester. It’s located on the third floor of the Next store in Manchester Arndale. There’s a fine view of the menswear department and a pretty good view of the National Football Museum. There are some beautiful views of Gino D’Campo as well. Hundreds of them. There are cathedral shops in Italy with fewer images of Christ than Gino has of himself in his restaurants. It’s as though someone in management is worried we might forget what he looks like, so wish to remind us every fifteen centimetres of wall space.

The fact that most of the time Gino is shown entwined with some of the world’s most vacuous TV stars and personalities somehow makes it worse. The ultimate absurdity is a picture of Gino when he was a newborn baby, naked. That really makes the calamari taste better.

I hope it’s the Individual Restaurant Company’s (IRC) marketing department which has told Gino he has to be so visually present in his restaurants. Because if he’s the instigator, he really needs to get help.

The food is as forgettable as most of the celebrities on the walls. This is the most basic Italian by numbers restaurant imaginable, and comes with a reduced range of choice from the main Gino outlet in Manchester, in the Corn Exchange roughly twenty five metres across Exchange Square.

I ordered three courses and suffered two fails. The only slight win is something anybody could prepare: ‘Caprese Rustica’ (£6), which is oil, basil, tomatoes and mozzarella. This was lively, fresh, properly oily but so heavily seasoned it made me cough. Although since I like salt I didn’t mind at all. I’m like a moose, I love a good mineral lick. I’m with them when it comes to using salt for bone and muscle growth, although I’m not that bothered about antler development.

Gino and IRC must be laughing all the way to the bank. It’s just a shame there isn’t a picture of him bathing in fifty pound notes.

The lasagna was a shocker; £12 for an overcooked, frazzled, claggy, dry, dishcloth experience. On the menu description Gino says how his ‘mother…first showed me how to make it when I was about 8-years-old and was always my fiercest critic’. Well, Gino’s going to be in trouble with the family when he presents this lasagna at Christmas. Curiously that cooking lesson from his mother is one of only seven incidents in Gino’s life that wasn’t caught on camera.

The brioche con gelato (£6) was an even bigger disaster. The vanilla ice cream it came with tasted of frozen water, not vanilla, the chocolate ice cream was ok. These are apparently home-made to a ‘special recipe’. What was really special was the brioche. Brioche should be soft and yielding, a gentle sigh of an experience. In Gino’s I had three choices with the hardest brioche ever created: 1) Build a house with it; 2) Bowl bouncers at Australian opening batsmen; 3) Cut diamonds.

I complained and got the dessert and a coffee removed from the bill. I have to say the waitress was extremely well-trained and very, very good, a real credit to IRC. One of the managers came up and told me they’d changed an oven, which is why the brioche wasn’t coming out right. In that case, I said, you shouldn’t serve it.

Of course, we all get what is happening: exploit Gino D’Campo's fame because people like what they are familiar with, most don’t want to go out of their way to discover Manchester’s fabulous fist full of Italian independents, so they come here. Channel the herd and you make a pile. Gino and IRC must be laughing all the way to the bank. It’s just a shame there isn’t a picture of him bathing in fifty pound notes.

That night I had a nightmare. When it all kicks off with North Korea and the world becomes an ash field of nuclear waste, I dreamt the only thing left on a pile of smouldering rubble will be a picture of Gino D’Campo grinning with his arms around Ant & Dec. Humanity’s final testimony, a monument to blandness.