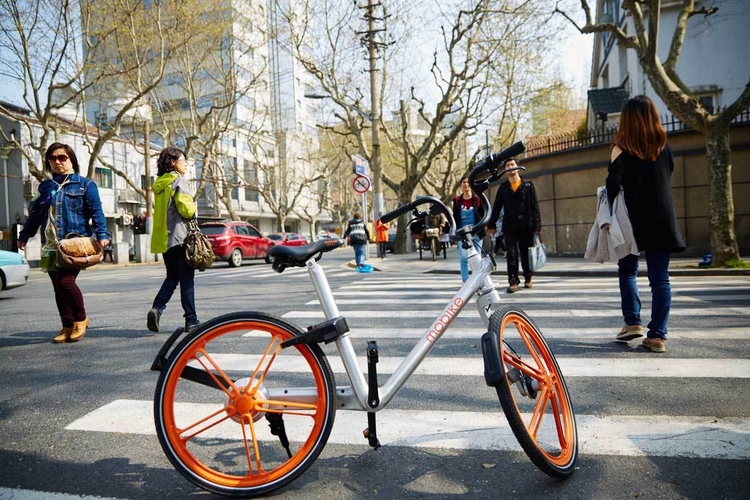 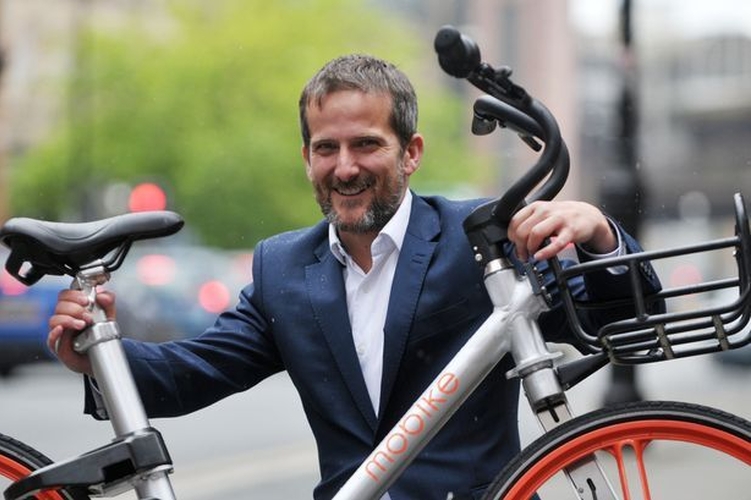 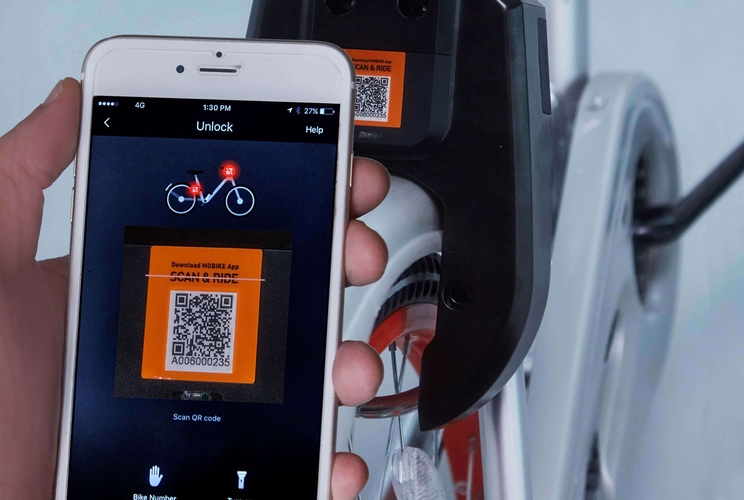 Best get on yer bike, because shared pedal power is coming to Manchester - and, like most things these days, it’s coming from China.

Yes Mobike, the world’s largest bike operator, is wheeling 1000 of its distinctive orange-wheeled vehicles into Manchester and Salford this week for what will be its first service outside of Asia.

Mobike originated in Shanghai, one of many Chinese cities where pollution is a major concern, and operates five million bikes across 100 cities; most recently launching in Singapore.

Manchester is the company’s first destination outside of Asia, part of an expansion which will see the dockless service compete against domestic rival Ofo (which started up in Cambridge this year) and copycat YoBike, launched in Bristol last month.

The service enables users to rent a nearby bike using a cashless smartphone app, with journeys charged per 30-minute period

The six-month Mobike pilot scheme will see 1000 bikes made available for public hire in central Manchester and Salford from Thursday 29 June. The service enables users to rent a nearby bike using a cashless smartphone app, locate it using inbuilt GPS mapping and unlock it automatically by scanning a QR code on the bike.

Cyclists can also pick up and drop off hire bikes at any convenient legal cycle parking location, rather than having to park at dedicated docking stations.

Journeys are charged per 30-minute period, starting once the bike has been unlocked and ending once it has been locked again. Be on your best behaviour though, improperly parking your bike or leaving it unlocked may affect your user score and result in higher charges next time round.

The Manchester and Salford pilot, which is backed by both councils, is the first non-docking station scheme of this scale in the UK and - unlike London’s ‘Boris Bikes, which cost taxpayers £145m - will not be publicly funded or subsidised.

Greater Manchester Combined Authority and Transport for Greater Manchester (TfGM) have also welcomed Mobike’s potential to support the Cycle City strategy; which aims to increase the total number of journeys made by bike across the city region from 2% today to 10% by 2025 in a bid to reduce emissions and improve air quality.

Mayor of Greater Manchester, Andy Burnham, said: “As Mayor I want to see many more people swapping their cars for bikes in Greater Manchester and I will take a positive approach to promoting cycling across our city-region. This scheme could help make cycling more accessible to people, but it is an untested idea in the UK and we will need to keep this under review."

Steve Pyer, General Manager of Mobike UK, added: “We’re confident that Manchester and Salford and their residents will immediately see the benefits of our services, and the cities will become a showcase for the urban transformation that is possible when cycling usage rises, and city planning leverages smart data.

“We are already in talks with a number of other cities around Europe, and are sure the successful pilot will be the first of many partnerships, allowing us to make cycling the most convenient and affordable choice for those in cities all around Europe.”