It is often argued how hugely undervalued the creative sector is. Artists and graphic designers all over the world can be found complaining on social media about how someone just asked them to knock them up a brand new logo or take a few photographs as ‘a favour’ – but artists can’t pay the rent with favours or, even worse, ‘exposure’.

There was a hoo-ha last month when Chancellor Rishi Sunak was accused of suggesting that those in arts/music/theatre should retrain and find other jobs. (Although it has since come to light that the Chancellor's comments were about employment generally and not specifically about the music or arts sectors.) 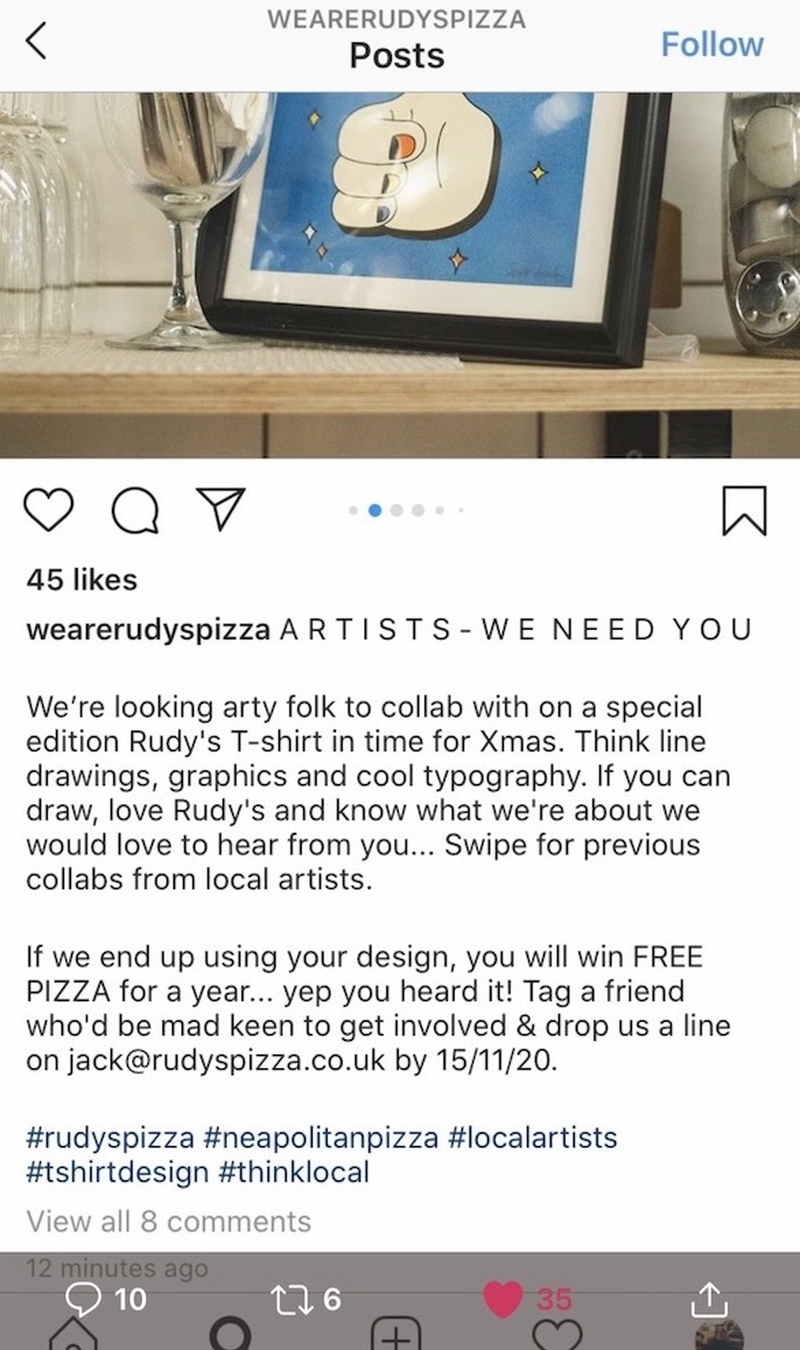 What is not in doubt is that the arts are currently in crisis. Because of the coronavirus pandemic, theatres are closed, live music and events are forbidden, meaning those who make their living performing in front of an audience - and many of those who work behind the scenes in the industry - are unable to work. It is also not clear what financial provisions have been put in place to support self-employed artists during this period in which it is just not possible for them to do their jobs.

This is one of the reasons that a recent social media post by Rudy’s Pizza has incited an angry response from the arts community. “We are looking for arty folk to collab with on a special edition Rudy’s T-shirt in time for Xmas,” said the instagram post, before going on to say “if we end up using your design, you will win FREE PIZZA for a year.”

All very well and good on the surface, but it’s not going to cut any ice when the winning artist then goes on to try and pay for their grocery shopping or rent with half a cold Marinara. Furious responses came in thick and fast with many pointing out the irony of Rudy’s parent company Mission Mars having recently been awarded £1m from the Arts Council COVID fund.

Rudy’s quickly amended their post to say that the designer of the winning t-shirt will be commissioned for their work (as well as receiving the free pizza.) They also defended themselves saying that the arts fund grant for Mission Mars was not allocated for Rudy’s which is why many of their team are still on furlough.

After the update failed to quell the angry responses, the social media manager for Rudy’s Pizza turned off the comments function.

The award winning pizza restaurant, which launched as an independent in Ancoats in 2015, was taken over by Mission Mars in 2017 who wanted to expand the business. They then went on to open a branch on Manchester's Peter Street and another in Liverpool before opening in Birmingham and Leeds. A new Greater Manchester site is due to open in Northenden Road Sale very soon. During lockdown Rudy’s also developed a successful bake at home pizza kit (read our review here.)

Mission Mars, who are also behind the hugely successful Albert’s Schloss, were at the centre of another brouhaha back in July when they announced the closure of music venues The Deaf Institute and Gorilla, which they subsequently sold to Tokyo Industries.

Also read - £257 million to save 1385 theatres, music venues and art orgs - Which made it in Manchester?

Read again - Fans raise thousands for Frog and Bucket after funding controversy - but why was its bid rejected? 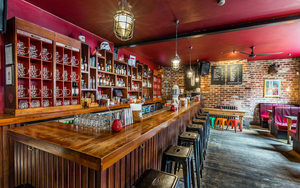 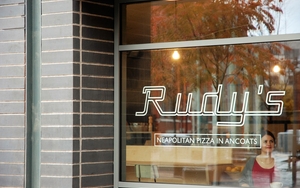 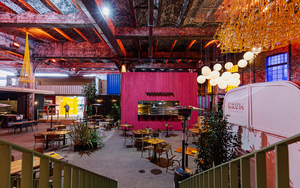 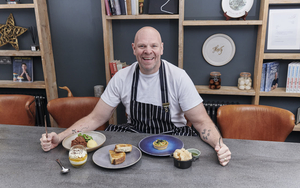