“I just can’t believe she’s never heard of Sampha before," I overhear at the Albert Hall bar before the show starts, “I mean, he’s worked with everyone. Everyone.” The self-declared ‘musos’ are out in force tonight, it seems. But they have a point (even if it's a pretentious one), because Cricklewood’s Sampha Sisay is now moving amongst some serious musical circles.

Increasingly sought-after by hip-hop and R&B megastars, the singer-songwriter has most notably been lending his honeyed vocals to sensitive moments on tracks by Drake. And then there's the production credits on Frank Ocean’s critically-acclaimed album, Blonde, and of course his stellar production on Solange’s equally acclaimed album A Seat at the Table.

Sampha should take great care over his contacts book…

Tonight, the 28-year-old North Londoner is standing in his own spotlight within the beautiful Albert Hall. He begins this slow-burning show with a mellowed version of song Plastic 100 from his accomplished album Process. Silhouetted behind his keyboard he’s drowned in blue stage lights. You've no choice but to hone in on his textured, hushed voice ('sonic Horlicks' I once called it) and his distinctive throwaway high-notes that soar up into the Albert Hall rafters.

Much to the delight of the crowd, he sings Drake love song, Too Much, telling the heart-wrenching story of a love lost with sincere emotion. As beautiful as the song is, I’ve suspicion the hit will become for Sampha what Yellow is to Coldplay. There are very few nods during this performance to his other famed collaborations. And while he shouldn’t feel obliged to sing these, tonight’s crowd do seem very new to Sampha’s own music (in truth, some may be here simply because of the Drake affiliation).

Regardless, Sampha surprises as a high-energy, captivating performer, especially as he jives along passionately to Blood On Me, one of the lyrical standouts from his album. Lyrics such as 'I swear they smell the blood on me, I hear them coming for me' - where Sampha tackles his personal demons - come alive under glowing red lights as an impassioned Sampha clutches his chest and sings the house down. He’s rarely fixed behind the keyboard, saving the most emotional moments for the encore with an emotional ode to his talent in ballad (No one Knows Me) Like The Piano.

He’s a musician by both the traditional and modern definition of the word. Sampha is one of a collection of British contemporaries such as James Blake who've helped to pioneer a sound of soul and synths. As proved in the show, he’s a talented pianist and beat-maker whose own vocal instrument is integral to any sonic production.

From the behind-the-scenes production to the stage, Sampha’s an unassuming star. He’s none of the pop star veneer that helps to sell magazine covers or command big fashion endorsement deals. But he has the immeasurable talent needed to sell albums and command huge crowds to concert halls - whether or not he's the one in the spotlight.

Find out more about this year's Manchester International Festival via their website, or follow Confidential for more MIF news and reviews 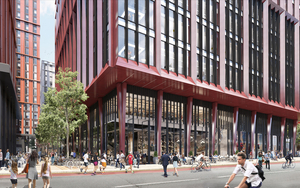 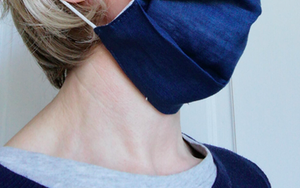 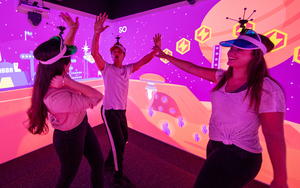 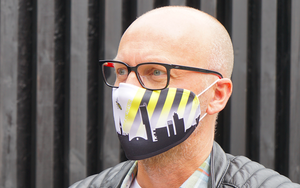