Metrolink think you're stupid + The Council vs The Guardian + MIPIM warning

Week 10: in which a Norwegian takes his family to a Manchester brothel

Sleuth sees that Metrolink have a launched a new campaign to deter its passengers from engaging in 'bad behaviour'. To do this they will unleash a 'few colourful characters' onto the network over the next couple of months, including 'Rude Jude', 'lazy Litter-lout Lenny' and 'Crumby Chris', who leaves food all over the seats. Oh Chris, you rascal.

They've even commissioned a new game, where you can attempt to avoid these Metrolink menaces and presumably attempt to get home without being sneezed on or stabbed. You can even take a quiz, to discover how much of an utter shit you are. Feet off the seats, please.

When Sleuth asked a Metrolink representative if they'd be better spending their time and money improving the service, rather than wasting it on inane marketing campaigns which trivialise genuine anti-social issues and treat grown-up paying adults like blubbering toddlers (or just plain morons), they had this to say: "You're being a Rude Jude, be more like Sweet Pete, who’s a real cool dude.”

In which case, Sleuth would like to submit a few of his own characters to join the Metrolink Monster ranks. How about Janeen The Always Broken Ticket Machine, Dick I Won't Move Along The Carriage Prick, or Snarly Just Fucking Get Me There On Time Charlie?

The Council v The Guardian

This is Sleuth’s long sentence of the week:

The Guardian made a claim that was wrong so Manchester City Council corrected it but got part of their correction wrong so they had to correct themselves because the Guardian had asked them to do so which was a bit stupid of the Guardian because it actually made itself look foolish.

Sleuth knew there was something fishy about a story this week which claimed Manchester had allowed ‘developers to plan huge new residential developments containing little or no affordable housing’. 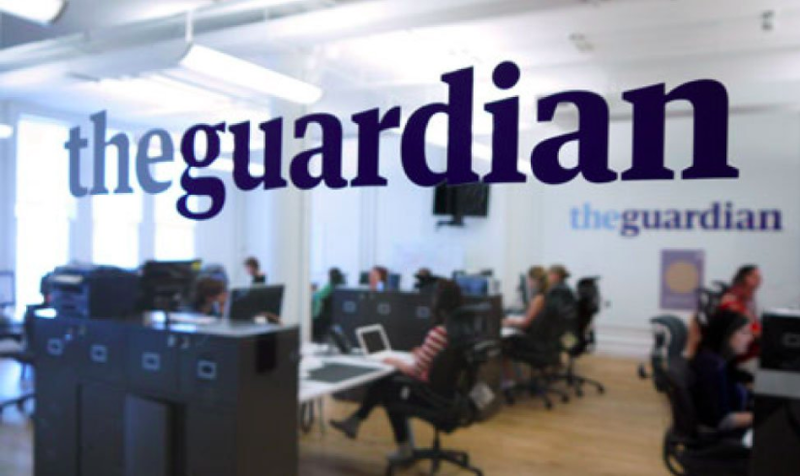 The Guardian didn’t challenge this, but did challenge the council statement which claimed they had used figures from a Sheffield University boffin, when it actually came from their own research. Odd tactic thought Sleuth, in other words The Guardian was admitting it was all their own bad journalism. A council press release joyously rubbed that point home stating ‘The City Council accepts from The Guardian that it was their research that led to the incorrect headline of  'The 0% City’. In the interests of accuracy we are happy to clarify this point.’

No slippin' at MIPIM

Sleuth sees that, in the wake of the FT's Presidents Club expose earlier this year, Marketing Manchester are taking no chances at this year's MIPIM global property conference in Cannes. The annual high-profile, big money, male-dominated gathering has attracted much press scrutiny, with attending bankers, developers, politicians and lawyers accused of sexism, drunken behaviour and, in some cases, soliciting prostitution.

So, keen to avoid any potential PR disaster, Marketing Manchester have issued a special CODE OF CONDUCT (in capitals) to all Manchester representatives, requesting that they uphold the city's 'impeccable reputation'.

It reads: 'Inappropriate behaviour, disrespect or harassment is not part of the MIPIM experience... by attending MIPIM, all those present agree to respect all individuals, within the Manchester Pavilion, in central Cannes, or online... and do not, we repeat, DO NOT under any circumstances allow a Russian escort to blow coke up your arse with a straw*.

The Tram, The Begger & The Selfies

Sleuth was extolling the virtues of Manchester’s tradition of free-thinking  with a group of delightful and intelligent female Russian guests on a tour. As he turned from Albert Square into Cross Street, close by the very fine Wright’s chippy, a tram was halted and a man was standing in the tracks before it shouting. Sleuth recognised him as one of the city centre beggars. He was bellowing, “No more deaths on our streets.” He was no doubt referring to the homeless person who died on British streets during the extreme cold weather earlier in the month.

“Ah here is your free thinking then?” said a Muscovite who’d been at the front of my group as we walked. “What’s the protest about?” Sleuth tried to explain the British tragedy of homelessness in 2018 as best he could. Not easy. The police arrived. The man stepped aside from the tram. Eventually the tram moved on, but not before two of the women had taken a couple of selfies in front of this minor protest. Sleuth could see them posting the pictures to social media. Probably got a few likes on Instagram that one. This is the modern world.

Sleuth has been harping on about the useless nature of the lawns in Piccadilly ‘Gardens’ for years. They wear out in months and have to be expensively replaced every year more or less. So Sleuth was pleased to see the City Council testing the latest incarnation of lawns with 2,000 feet of 1,000 fans from Basel FC who were in town to watch their team play Manchester City. Suffice to say there is no lawn left close to the fountain. Sleuth wants to change his job, he wants to become the turf supplier to Manchester City Council. It must be worth tens of thousands of pounds a year.

Speaking of Manchester City, Sleuth was wandering down Back Piccadilly on Sunday. This is Manchester’s grimmest street, full of commercial bins and unspeakable detritus in the gutters. There was lots of activity at Mother Mac’s, a pub which despite a recent renovation, still has the air of a Victorian dosshouse.

Apparently this is where Norwegian supporters of City pick up their tickets before a match. On that Sunday, before the game with Chelsea, 99 tickets were being distributed. There were groups of men and families too in the pub. “We always come here,” said one chap from Bergen, “I’m not sure why.” Sleuth is going to find out. “My friend just had a shock though,” said another man, laughing. “He wasn’t sure of the name of the pub so he took his family into the place next door to ask. That is not a place for families.” “Ah,” said Sleuth, “you mean Cherries... the brothel.”

Sleuth was sad this week to learn about the death of Richard Creme, the towering 7ft tall fashion figure who brought designer labels and LA boutique fashion to Manchester. According to Sleuth's pal and SKV boss Andy Spinoza, he was also the man who taught Bruce Springsteen how to wear a suit - The Boss in Boss, perhaps?

Sleuth was recalling tales of Creme alongside editor-at-large Jonathan Schofield and Confidential publisher, Mark Garner. Schofield remembered how once, when he was leading a ghost tour, a hooded Creme appeared from behind his shop in an alleyway and marched through the terror-stricken group. While Garner recalled the time he visited Creme's boutique, L'Homme, on Bridge Street with Tony Wilson:

"Creme was the best salesman I ever came across," said Gordo. "He took five grand off me in thirty minutes. I looked a right cock and never wore most of it, but still have the £700 Yamamoto shoes."

Sleuth asked Garner to send him a photo of the shoes.

"Did you ever forgive him for those?" asked Sleuth.