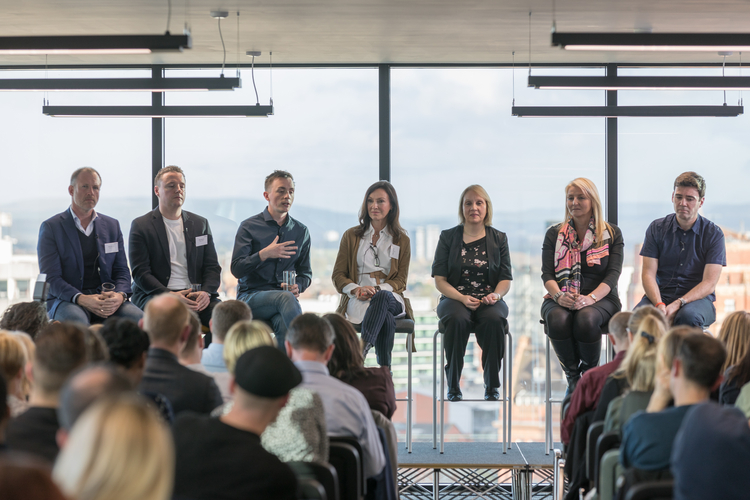 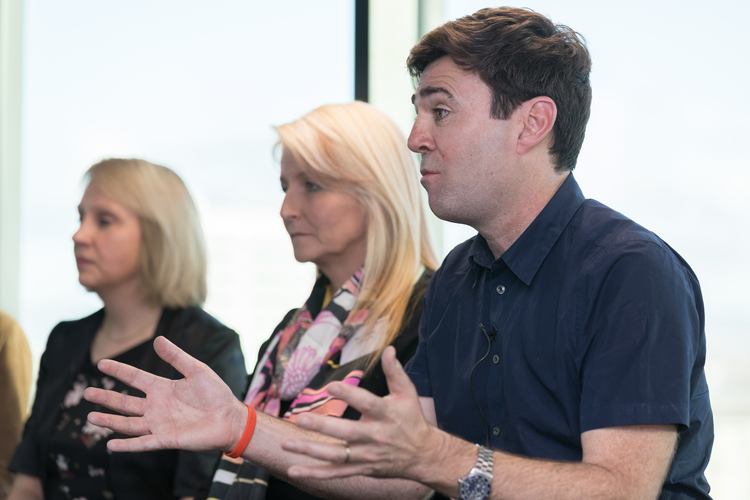 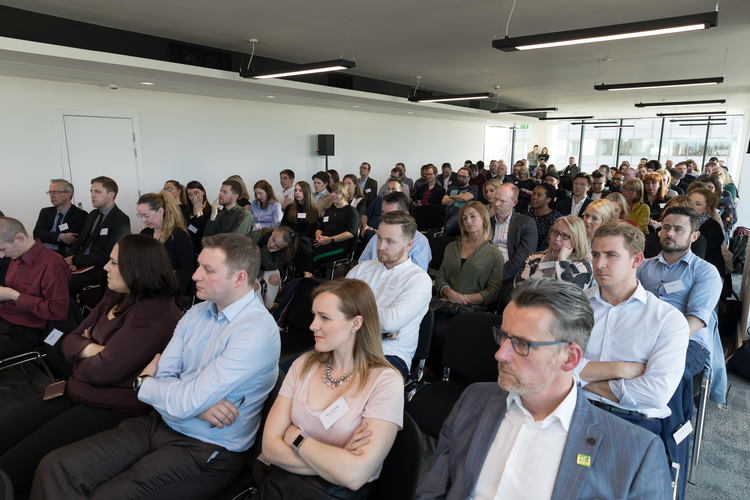 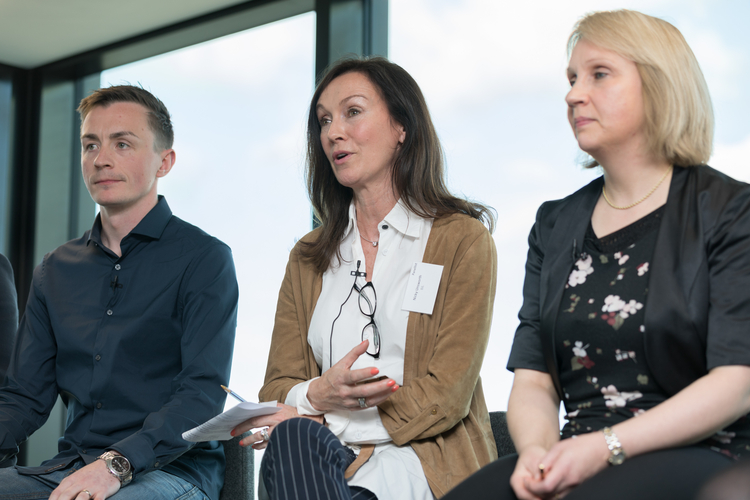 I ended up feeling furious.

The Manchester Publicity Association’s (MPA) Big Debate in Neo tower in the heart of the city should have been of higher quality. The organisation around the event was good, the audience large, but the way the debate was staged left a lot to be desired. The calibre of one of the mayoral candidates left even more to be desired.

On this showing voting for anybody but Andy Burnham in May’s Greater Manchester Mayoral election will make us a political laughing stock.

I am not a Labour party member and despise the party for the way they are nationally providing no credible opposition to the Brexit-loving Conservative government, but for this election it has to be Burnham. He was forceful, cogent and had all his ideas sorted.

His opponents here were the Conservative leader of Trafford Council, Sean Anstee, and Jane Brophy for the Liberal Democrats. There was no UKIP representative present, or from any of the other parties, maybe they didn’t fit the profile of the MPA. It seemed like a missed opportunity to give UKIP even more rope to hang themselves.

The chair was Christian James from The if (sic) agency. The meeting opened with presentations from the three candidates. The time they were given was insultingly short and extra insulting when James decided, after these inevitable essays in soundbites, to say to the panelists (which included an ex-cabinet minister and a council leader) “You all did very well there.” He might as well have patted them on the heads and given them some sweeties. It was cringe-making.

After the initial presentations the three main characters were joined by Manchester figures from the creative, digital and development fields such as Chris Oglesby from Bruntwood and Sandy Lindsay from Tangerine PR. Suddenly there were seven people on the panel for a debate lasting less than ninety minutes - it was too much and none of them got enough time, although they spoke well (particularly when responding to staged questions from the floor).

Amusingly, perched on stools and backlit by the wonderful view of the city and Pennines from the ninth floor of the Neo building, the panel looked like crows on a telegraph wire, like a scene from Hitchcock’s The Birds.

The new mayor will have powers over transport, police, fire, housing and the spatial framework (the long-term development plan), with some of these he or she will have to defer to a greater or lesser extent to the Combined Authority of Greater Manchester. A big part of the role will be representing and projecting Greater Manchester as a devolved area across the world. The elected mayor should in theory be able to knock heads together and get the ten boroughs working more efficiently together.

Given that role, I was interested to see the leadership qualities of the various candidates.

Poor Jane Brophy of the Liberal Democrats was hopelessly out of her depth. Simple things first. Don’t Liberal Democrats give their people any media or voice training? Even with a microphone we could hardly hear her. She lacked all presence and all her answers and ideas seemed to have been randomly sieved from a big bag of clichés. She said things like, “I love the city… tackle air pollution… greener city… I love Manchester and Greater Manchester... imaginative ways to bike to work… no quick fix for homelessness but we need to try harder... I love Manchester… only candidate with health service experience… this is a great city.”

One member of the audience, a female, commented on Brophy, “She’s single-handedly putting the cause of women in politics in this city back twenty years.”

Sean Anstee, was far more accomplished than Brophy. He had good ideas, particularly appealing was the idea of using the mayor’s muscle, to help push manufacturing and to keep infrastructure development up. But his mantra of “I’m from Greater Manchester and I’m for Greater Manchester" became tedious and ultimately sounded meaningless.

The way he squirmed with the homelessness question from the floor didn’t help, but then how can any Conservative feel comfortable with that one. Ridiculous austerity measures and swingeing cuts, unfairly weighted against northern cities and towns, have in a large part created the distressing scenes on our streets. Worst of all though as a candidate, Anstee simply lacked the gravitas to lead almost 2.8m people and project their interests across the world.

With the homelessness question Burnham showed his mettle.

James, the chair, wanted to move the focus on to the MPA’s interests of the creative and digital industries and tackle the next question from the floor of whether Channel 4 should move to MediaCityUK. Burnham brushed him aside telling him that he was going to answer the homelessness question because it was far more important than whether Channel 4 was coming up. Round of applause.

He then surprised the audience by saying he would donate 15% of his mayoral salary to solving homelessness, and instead of repeating clichés said, “We will show in Greater Manchester that there is a different way in politics. That by doing things differently we can solve problems such as homelessness here, ourselves.” He then backed that idea up with concrete proposals.

Burnham aside, the lack of quality in the debate from the candidates was alarming

Burnham completely outshone the other candidates on every point. He was more concise, more lucid. Despite his terrible performance in the 2015 Labour Party leadership, here he looked the part. He looked like a leader.

“Devolution gives a louder political voice,” he said. “This is a cabinet level role for someone with cabinet level experience.” He talked about unlocking the potential of “a young city” which demographically we are, of making us “the modern industrial city of our country” of “providing meaningful jobs”.

None of the candidates had costed proposals, but even if they had done, the format of the debate precluded such details so that nothing could really be delved into in sufficient depth.

With Greater Manchester’s wonderful cultural complexity the question of diversity and opportunities was broached from the floor. Burnham gave the best answer again, Anstee next, but Brophy dug around in her bag of clichés and pulled out a classic. She criticised the local authorities for leadership which was ‘male and pale’, presumably as a dig at her fellow candidates on the panel.

This is a cheap and vile tactic in my eyes. Brophy may call the local authority leadership rubbish, that is her right, or say that they are locked into certain negative modes of behaviour, but to bring in gender and race is the last apology of intellect for any would-be leader.

What was she saying exactly? That my three boys, for instance,  who are all ‘male and pale’ should absent themselves from politics, not get involved because of their gender and colour? My partner and I have tried everything in our power to bring our lads up without prejudice over gender or race so what is all this about ‘male and pale’.

We want our kids, and other young people across Greater Manchester to be radical, do things differently, as Burnham says. Why seek distinctions between the peoples of Greater Manchester, why undermine the idea of this 2.8m strong region pulling together by bringing in gender and colour? Has Brophy learnt nothing from Brexit.

What made me furious in the end was this lack of intellectual rigour. Burnham aside, the lack of quality in the debate from the candidates was alarming.

Too often in Greater Manchester and across our regions it seems we are content with praising people for going through the motions and saying the right things rather than praising them when they do something exceptional. It’s like a kid who can’t draw being told he’s wonderful every time he draws something badly. He’ll never improve much.

Brophy seems to have been chosen by the Liberal Democrats for saying these ‘nice’ things without giving any indication she knows what she’s talking about. In the late nineteenth century in Manchester, article after article, speech after speech, worried about the declining quality of civic leadership. They would tremble now. The lightweight nature of two of these candidates either says we have a terrible deficiency in our regional polity or that some parties feel the election for Greater Manchester elected mayor isn’t important.

But it is important.

It might be a step towards realising proper devolution and a proper gathering back of responsibility. That is worth fighting for and voting for. The new mayor is going to have to look at the reality of Greater Manchester with clear eyes, will have to project Greater Manchester across the country and the world as a clever, progressive city region that is remoulding the way the UK is doing politics and achieving social justice.

Only Andy Burnham seems capable of doing that.