The sunshine continues this week as hospitality thrives in its outdoor form and we're doing our level best to enjoy as much of it as we can. Loads of food and drink news this week so we'll keep the intro brief.

Read on for new beer gardens, philanthropic celebrities and plethora of pop-ups. 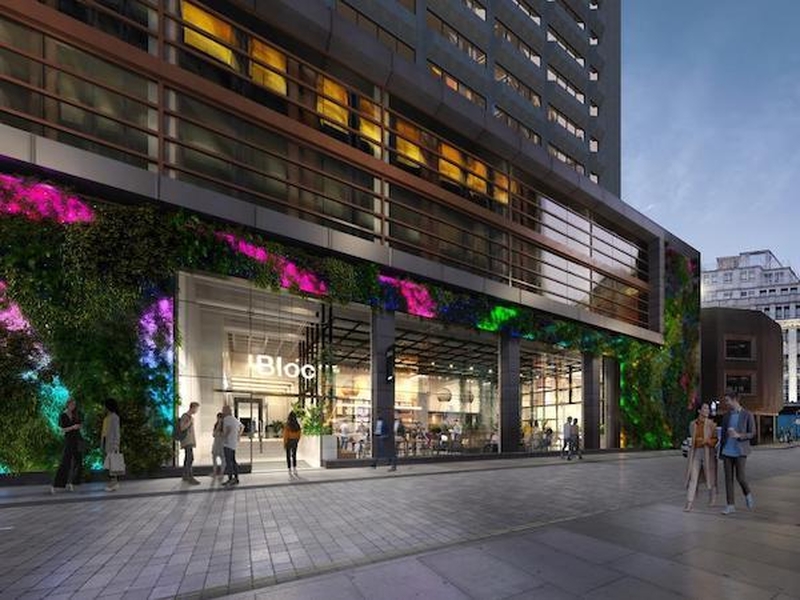 Ancoats and Levy can be smug no more, as Trove opens the doors of its first city-centre site in June. Joining Brewdog’s The Dog House Hotel and FORM Fitness in the new Bloc building on Fountain Street, Trove will be soothing the morning-after heads of Dog House residents with cold-pressed juices and vegan breakfasts alongside all of their famous breakfast and brunch delights. Expect some extra special new dishes on the menu, designed especially for the yogis from the wellness studio downstairs too. The new Trove will launch on 1st June and will be open Monday-Friday from 8am-5pm.

Nathaniel Hall star of It's A Sin is visiting the Cracking Good Food community kitchen in Stockport next Wednesday 28 April to cook food for delivery to people experiencing food poverty in the Manchester region. Cracking Good Food is a not-for-profit social enterprise “teaching vital cooking skills in local communities”. In response to the Covid-19 pandemic, Cracking Good Food turned its attention to cooking for communities rather than cooking with them. To date, they have made 70,000 meals using surplus and donated food and distributed those meals to vulnerable households. Nice one Nathaniel, you're a good egg.

Return of the Market

Stretford Market is back at Stretford Mall from Saturday 24 April. Popping up on the green outside the Mall, the market supports local businesses and makers and will be running a reduced number of stalls, for now, to maintain social distancing easily. Stalls include Pextenement Organic Cheese and Nectar Bar’s locally grown flowers, Nila’s Homemade curry pastes and kits, Jive Prints, and a ‘flea market’ for vintage clothes and accessories. Stretford Market has a sustainability focus, with an emphasis on reducing, reusing and recycling. There is also encouragement and support for brand new traders looking to try out a new product or business so give them a shout if you have a bright idea. Plus there will be a range of children’s activities, and live music…all designed to provide the perfect start to the weekend. Stretford Market takes place on the last Saturday of every month,10am-4pm 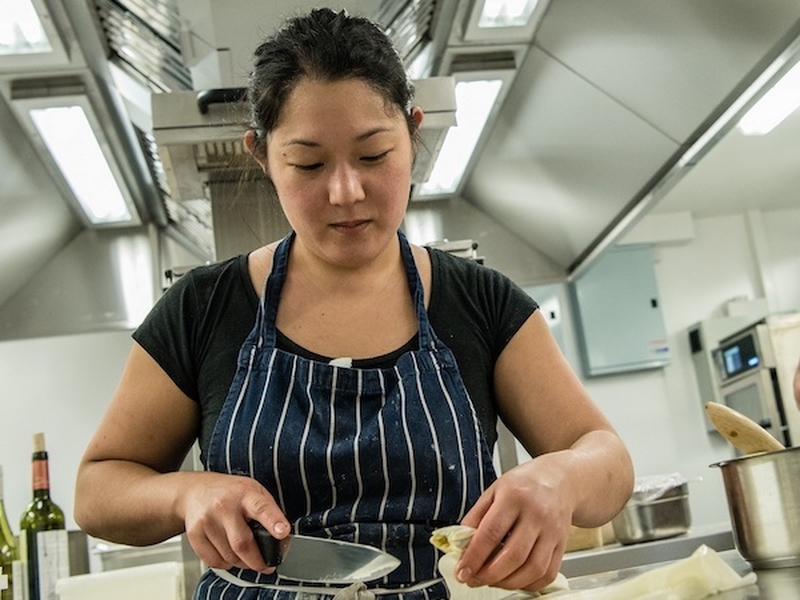 The female stars of northern hospitality

CODE Hospitality has released its list of the top 100 most influential women in hospitality. This year’s list particularly celebrates those who have not just survived but thrived during the pandemic. It’s fairly London-centric as a lot of these things tend to be but a few notable Northerners made the list this year. These include Nina Matsunaga (pictured), head chef at The Black Bull, Sedbergh, Cumbria, Stacey Sherwood-French, Director at Sheffield’s Jöro who are planning to open in Liverpool this year and Lisa Goodwin-Allen, Executive chef at Northcote, whose cook-at-home box is one of the best we’ve tried. 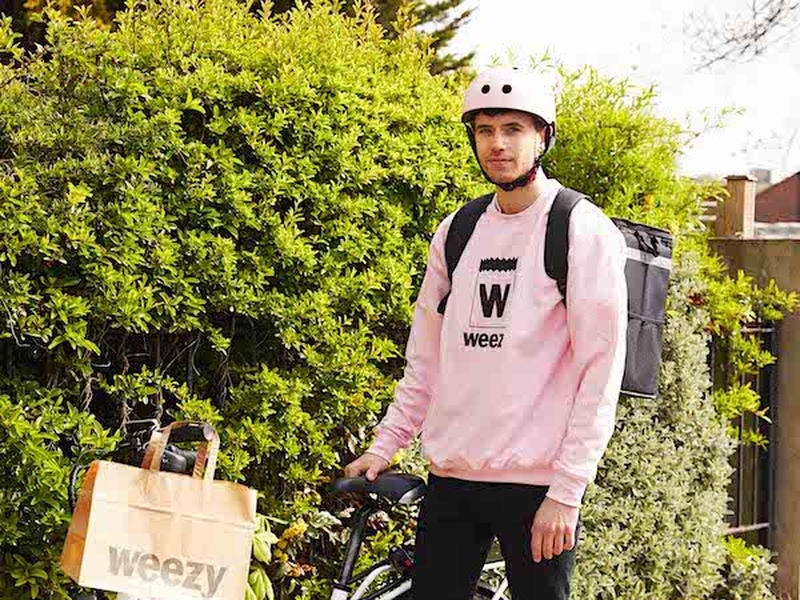 On-demand grocery app Weezy has landed in Manchester and Salford. The delivery service that gets the goods to you within, it claims, 15 minutes, is now distributing a range of food, drink and household products. Local goods on the app include spirits from the likes of Rockstar, Manchester Gin and Three Rivers, beer from Marble Brewery and soda from Steep. Delivery is free for orders over £30 or £2.95 otherwise (no minimum order amount). Weezy delivers between 8am-midnight and can deliver to any specific location, whether you’re on a park bench near the Vimto statue or parked up near Cutting Room Square. 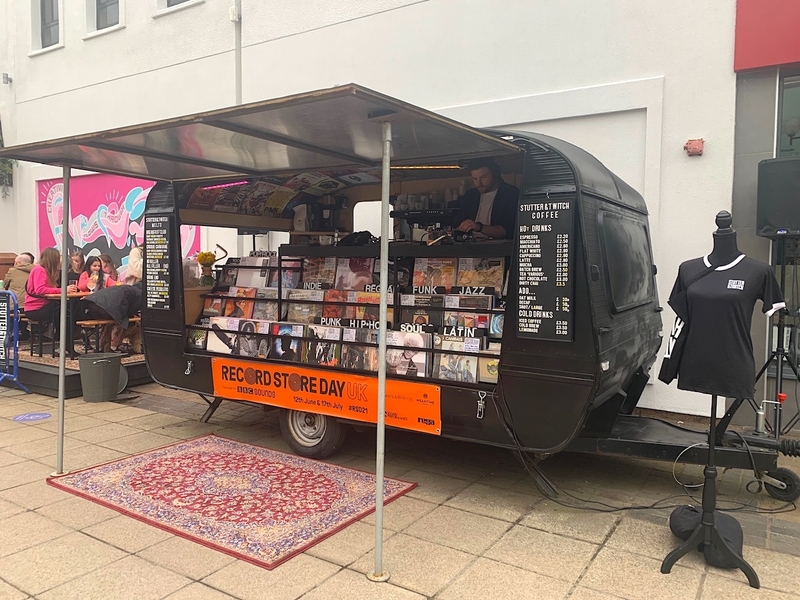 We hopped on the Met this week to visit Alty’s revamped Stamford Square and were greeted not just by the al-fresco dining space we were expecting, but by full-on festival vibes. Rugs and picnic benches line the space outside Stutter & Twitch’s new bricks and mortar unit at the far end of Altrincham’s high street, while their coffee and vinyl caravan provided music for the whole square.

Altrincham’s Stamford Quarter is getting a facelift at the moment with Stamford Square right at the centre. Joining Stutter & Twitch with their cheese toasties and “keggerated” IPA offering, Into the Wild will be bringing wood-fired pizza to the party from their horsebox across the way. Watch out for pizza-making workshops, a live music stage and more when restrictions allow. 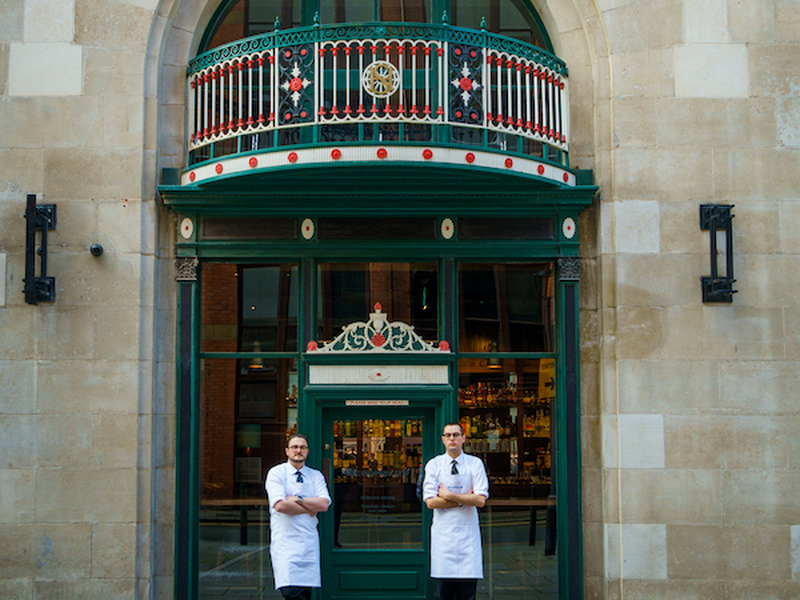 Schofield’s Bar has launched a one-off Oyster Club. They’ll be working with Charles Heidsieck and Black Pearl Oyster Company to provide that perfect pairing of oysters and champers on the terrace this Saturday 23 April - for one day only. If you buy a bottle of Charles Heidsieck, you get six free oysters for free. If you can’t make it to this one, keep an eye on their socials as the Oyster Club is part of a series that’ll run throughout the year working with different brands for special, one-day events.

Nineties telly chef Brian Turner is on a mission. Not only can the man whip up a two-course meal with five ingredients in 20 minutes, now he’s set his sights on saving our restaurant scene. Restaurant Collective is a non-profit online community that is encouraging hospitality business owners to support each other after the nightmare bin fire of 2020. Highlights include the mentorship scheme putting independent restaurants in touch with successful figures in the industry (fingers crossed for Ainsley Harriott), as well as access to advice, guidance and subsidised products. Have a look around and sign up at The Restaurant Collective’s website. 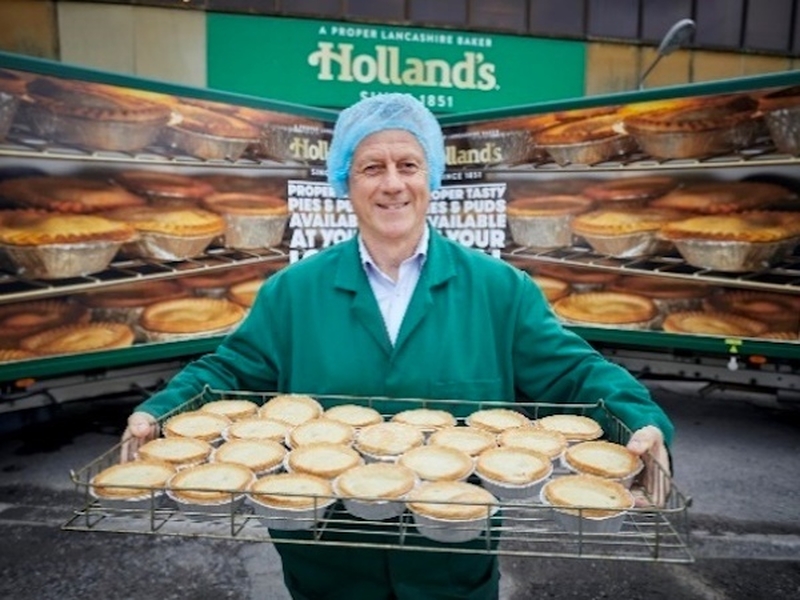 Who shared all the pies?

Holland’s Pies has teamed up with FareShare, the UK’s biggest charity fighting hunger and food waste, to help distribute pies and puds across the North West to those in need. Since the first lockdown over a year ago, Holland’s Pies has been donating thousands of pastry goods to food banks and charities. Now it has teamed up with Fareshare to do even more. FareShare provides the equivalent of two million meals a week. It redistributes good-to eat surplus food, through more than 11,000 charities and community groups, across the UK. Two-thirds of the people accessing FareShare food are children and families. 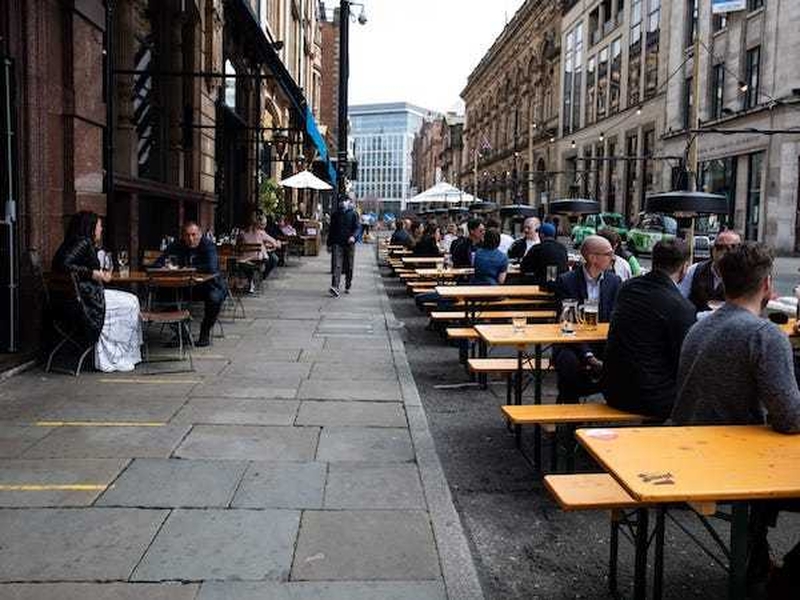 In a word, yes. Manchester’s gone terrace, roof garden and beer garden mad and new ones are opening up all the time. Some novel options on our radar this week include Mala in the NQ which opens on Tuesday, The Botanist in Alderley Edge which has a hidden secret garden round the back with plants and heaters. University Green down Oxford Rd has also extended its table areas at BrewDog and Takk coffee. Five Guys and Mowgli are some of the food highlights down there. There’s also Hatch over the road, of course, complete with new traders including Oh My Cheesecake which specialises in iced cheesecakes on a stick rolled in all kinds of confectionary, crumbs and cereals. Roxy Ball Room too, just opened a brand new seated terrace at its Withy Grove site. Finally, Albert’s Schloss is hitting the straße with its “alpine cookhaus” serving up burgers, wursts and spritzes with plenty of deals on offer. 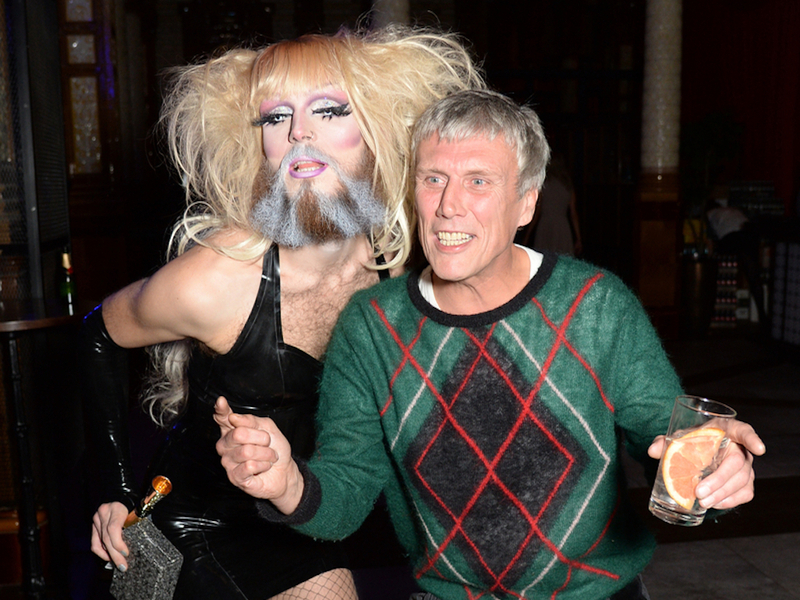 Is there no end to Manchester legend Bez's talents? If he's not hosting fitness classes on Youtube or getting involved in politics, he's going apiary-shit in his bee suit. We’re buzzin’ to hear that now Bez will be appearing in the new series of Celebrity Masterchef on BBC One. Insert something witty about twistin’ his melons here.

Read next: Mala: A 'secret' Northern Quarter beer garden for walk ins only