Manchester’s Skyscraper Quarter – a look into the future

A 7.8 acre site between Deansgate Station and the Mancunian Way is currently being transformed into Manchester’s towering new skyscraper district. Dubbed ‘Great Jackson’ (after the street), the area is already home to Manchester’s new tallest building; South Tower at Deansgate Square, which reaches 201 metres, or 64 storeys, into the sky.

Together with the five other tall buildings already under construction in the area, a further fourteen tall buildings are proposed for the area, bringing nearly 6,400 homes as well as commercial units, shops, bars, restaurants and vastly improved public realm and green space along with them.

Manchester City Council initially launched their ambition for the area via a Strategic Regeneration Framework (SRF) published in 2015. It aimed to promote a vision for a vibrant mix-use district in the south of the city centre, as well as encourage developers to see the potential in the area. The SRF was revised in 2018 to include taller buildings and more apartments to reflect Manchester’s growth in ambition.

This article gives a run-down of the tall buildings proposed at Great Jackson, which is tipped to become Manchester’s new landmark skyscraper quarter over the coming years. 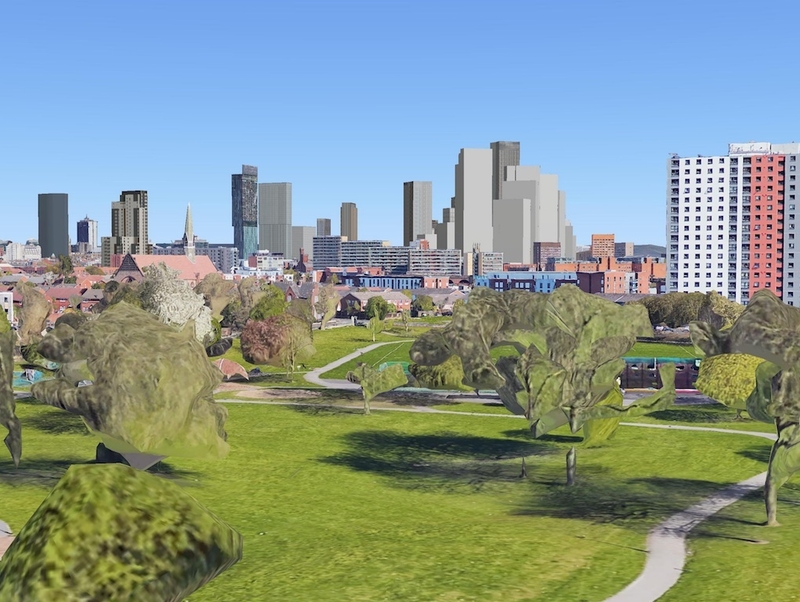 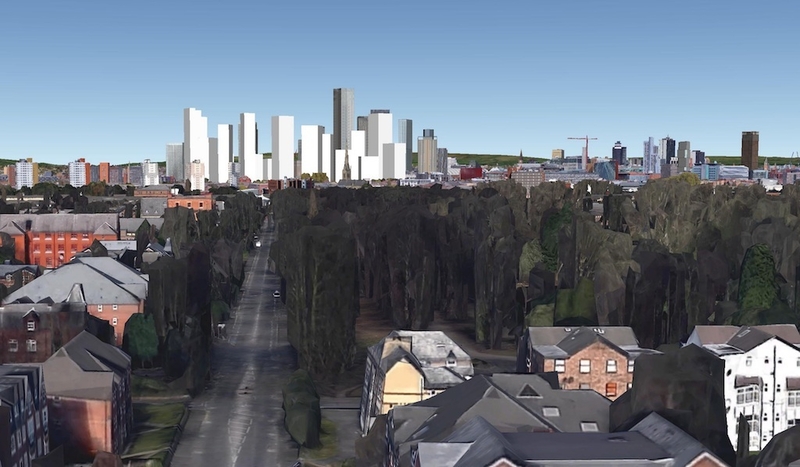 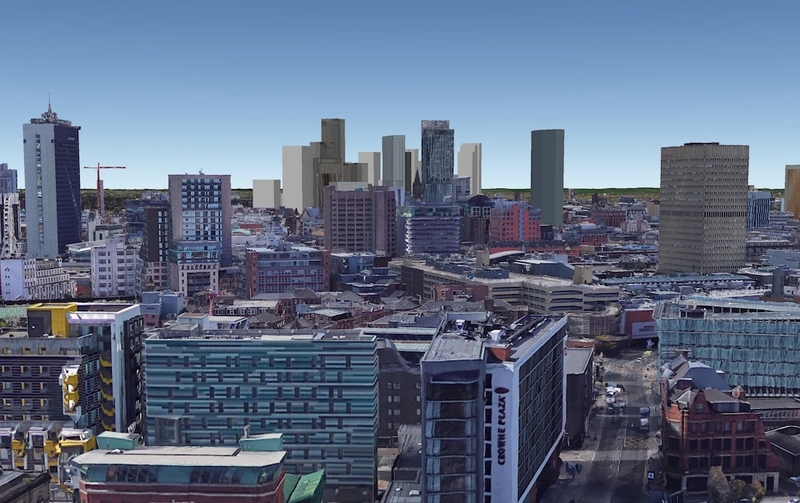 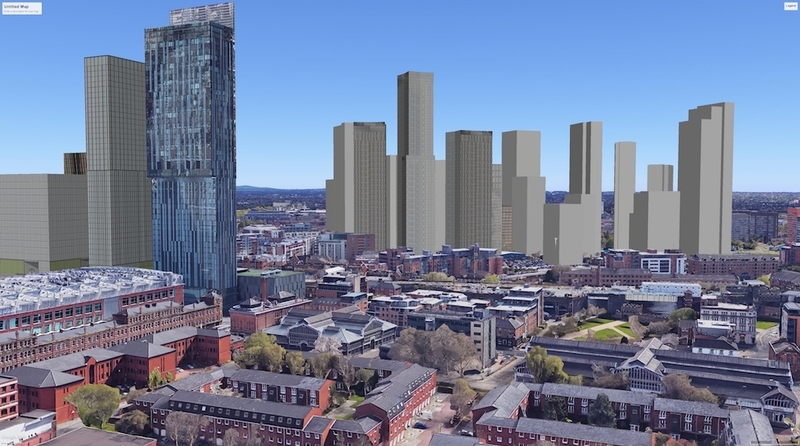 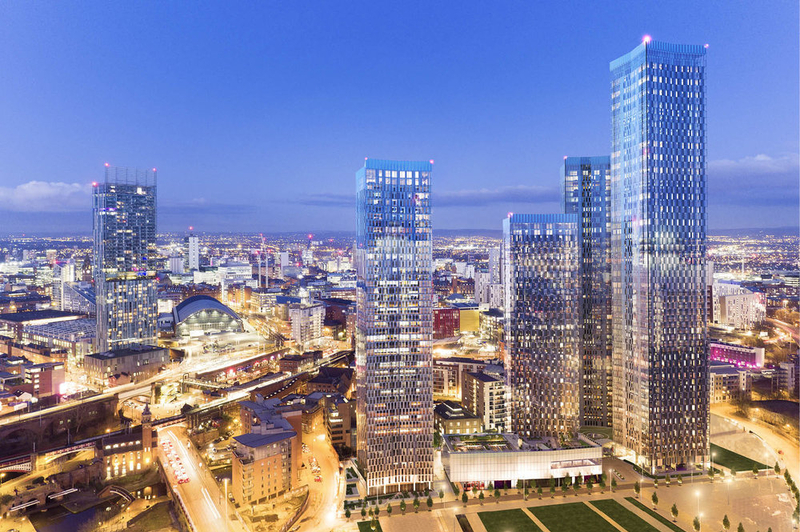 Four new towers, one of which is now Manchester's new tallest building, Deansgate Square began life not long after the initial 2015 SRF was published by Manchester City Council. It was intended to kick off the redevelopment of the entire Great Jackson area. A planning application for the mega-development was submitted in April 2016, approved in July 2016 and started on site in the same month. West Tower (140 metres/44 floors) and South Tower (the tallest at 201 metres and 64 floors) will complete in the summer.

Two other buildings at the site (East Tower and North Tower) are on their way up, together with an amenity building in the middle of the site which will house a resident’s swimming pool, tennis courts, gym and roof garden. A public square beneath the towers will house a buzzing array of shops, bars and restaurants beside the River Medlock. 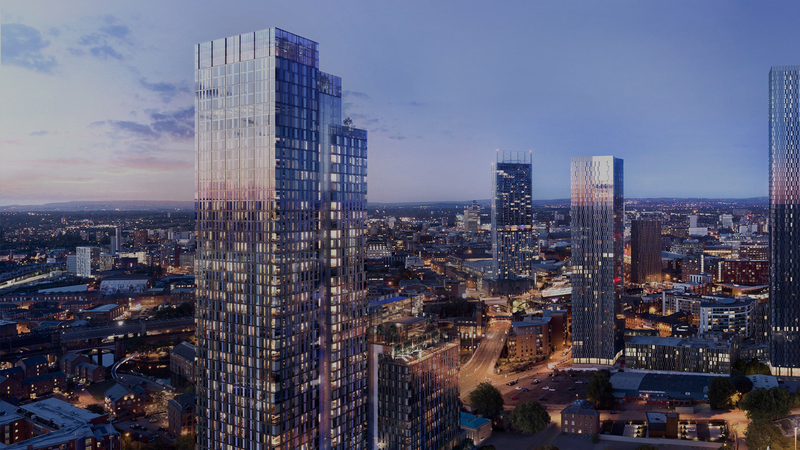 Together with Deansgate Square, developer Renaker has another three tall buildings under construction in the Great Jackson area. Elizabeth Tower is the name given to a striking 51-storey tower which reaches up 152 metres, while The Crown is a smaller 21 storey tower built adjacent. Elizabeth Tower features an impressive marble-clad swimming pool on the 44th floor, as well as a gym, resident’s lounge, spa and private meeting rooms. The scheme started construction in August 2018 after gaining planning approval in June 2018. 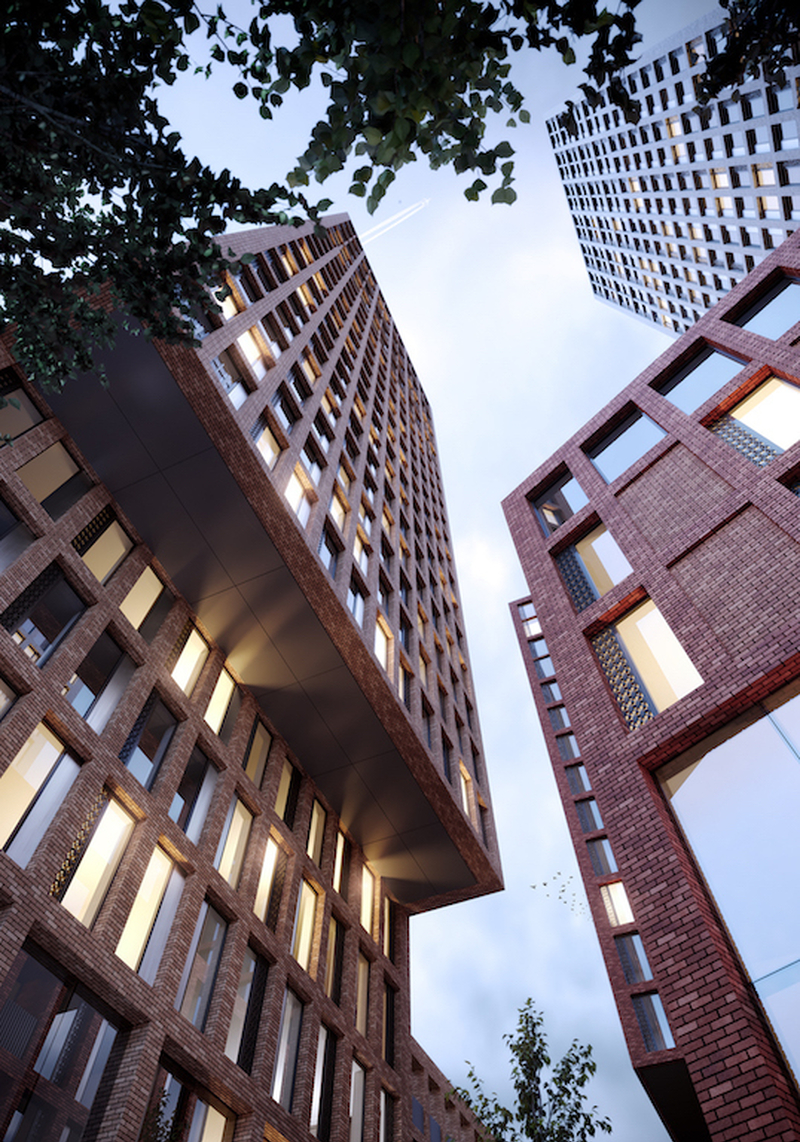 Developer DeTrafford already dominate the new build residential market in Castlefield but Transition will be their tallest scheme to date. Proposed as three towers across Owen Street from Deansgate Square, the scheme is due to start construction this year. A variety of retail and restaurant units will provide more shops and services for some of the thousands of residents due to live in the area in the coming years. 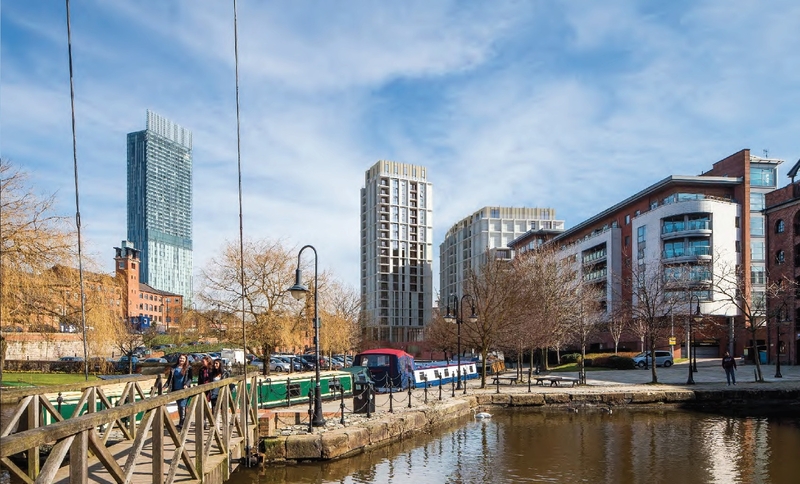 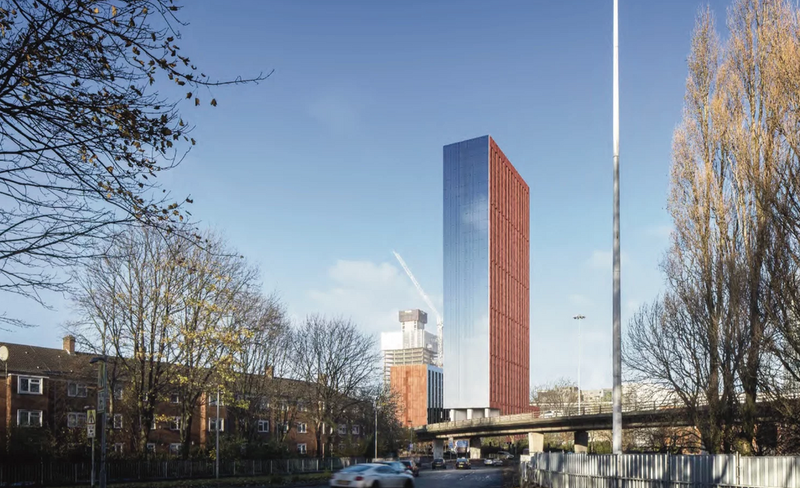 A tall building has been proposed here for nearly seven years. In 2012, at the peak of the recession, a 42-storey tower containing 600 apartments as well a gym and roof garden was proposed. Unsurprisingly, the tough market at the time meant that the scheme never got off the ground and in 2017 student accommodation provider Downing Students bought the site and submitted a planning application for a 32-storey tower with 792 student bedspaces, which is now under construction.

The most recent addition to the Great Jackson area is a proposal by architects Hodder + Partners for two new towers, 36 and 31 storeys in height, between the Mancunian Way and Great Jackson Street itself.

The scheme, revealed this month at a public consultation, has not been submitted for planning approval yet, but is proposed to contain 580 apartments above a ground floor retail unit. It is also proposed to improve links between Great Jackson and Hulme as part of the plans, reducing the barrier effect caused by the Mancunian Way.

The vision for Great Jackson is a ten-year plan and there are numerous other tall buildings proposed in the 2018 SRF which haven’t been revealed in full detail yet.