From a self-pouring teapot to a Harrier jet, we asked museums region-wide to pick their favourite objects

This article was originally published in 2019 but, with museums currently closed, what better way to delve into their collections? Enjoy…

Curators are one of a museum’s least visible, but most important assets. From selecting to interpreting, preparing to preserving, they work with its collections like no one else. And what, after all, is a museum without a collection?

We decided to set curators across Greater Manchester the ultimate challenge - to pick their favourite object. Not only are the results fascinating, they’re an eye-opening introduction into the diversity of the region’s museums.

From hand-coloured first editions of revolutionary books, to centuries-old court records that led their curators to Tasmania, here’s what they chose...

The lives of this book’s different owners are a collection of short stories in themselves. The book has two bookplates and inscriptions, including a short note from Elizabeth’s daughter Meta in 1908, which show the book’s journey from Eliza Shuttleworth (the wife of the founder of the Manchester Guardian and witness at Peterloo) to a barmy bishop and a diplomat. It’s brilliant that the book has come back to the house after 110 years and the inscription from Elizabeth’s daughter inside the book makes it very personal. The book is also conveniently on display right outside my office: I pass it every day and often think about how far it has travelled.

This incredible item sits proudly in an alcove of the Reading Room, bathed in rays of sunshine when the weather is fine. In July and August 1845, Karl Marx and Friedrich Engels visited Chetham's Library to consult a number of books on English economics. According to Engels’ preface to Marx’s Poverty of Philosophy, published in 1847, Marx had yet to visit the Reading Room of the British Museum and - besides the libraries of Paris and Brussels and Engels’ own books and extracts - had only read books that were procurable in Manchester. The hours the pair spent sat at the desk represent an important time in their intellectual development, and today the desk is a favourite spot for visitors and tourists from all over the world.

This is a particular treasure: a rare, hand-coloured first edition of Humboldt and Bonpland’s Recueil d'observations de zoologie et d'anatomie comparée (Observations of zoology and comparative anatomy), 1811. Alexander von Humboldt’s influence on science, geography and philosophy is hard to overstate, with Andrea Wulf’s 2015 biography of him entitled ‘The Invention of Nature.’ He was the first person to write about the human causes of climate change and coined the modern term ‘cosmos’ (from ancient Greek kosmos) for ‘all things in heaven and earth.’

The WCML has 40,000 books, including a first edition of Shelley’s Masque of Anarchy and lots of tomes relating to radical campaigning from Peterloo onwards - but it’s our more ephemeral material which most often gets people excited. One day a parcel of trade union membership cards arrived in the post. They had belonged to a Mr Leonard Roe who joined print union the London Society of Compositors in 1912, and left what had by then become the National Graphical Association in 1969, presumably on his retirement. His 57 years’ worth of glorious little cards could just on their own be the subject of a dissertation on changing design; the Art Deco ones from the 1930s are my particular favourites.

The diary of Thomas Smethurst - an officer with Bolton and Stalybridge Police Forces in the late nineteenth/early twentieth century - is my favourite item because, even though we have many images of officers from this time period, we very rarely get a glimpse of their personality and their lives. It’s not much to look at from the front, just a plain blue book, but the humanity that radiates from his words is astounding. He details the mundane in almost poetic terms, to the point where we not only get an insight into his world, but into his mind as well.

My favourite print from the Whitworth’s print collection is a popular choice. William Hogarth’s Gin Lane (1750) depicts a London scene heavily influenced by the spirit beverage. It is gruesomely dark and the central figure, a drunken mother whose baby falls from her arms, is quite a struggle to absorb in this picture of society falling apart. I have connected with this piece in particular due to a project with local secondary schools, encouraging pupils to voice their opinions about living in Britain in 2019. Hogarth’s prints have been perfect to explore the topic of social commentary.

My favourite item is this court record for James Costello. In 1839, James was found guilty of theft and his punishment was to be transported overseas for ten years. That’s all the document tells us. However, using other sources held at Bolton Archives, we learn that he was just 15 years old and it wasn’t his first offence. I was able to find him on a passenger list leaving England on a convict ship headed for Van Diemans Land - now known as Tasmania - and got in touch with the heritage office there. Their copies on James included his registration on arrival, giving us a wonderfully detailed physical description of the boy. We learn that he was 4 ft 8.5 inches tall, had a large round head with a small mouth, flat nose and large chin with no ‘whiskers’! We were also sent copies of his conduct reports for his time in detention, which included many misdemeanours on his part! He then went on to commit a further robbery before he settled down to marry and have a son. He died in 1892 at the age of 66.

The Harrier jet fighter is the pinnacle of British technological success in the development of military jets; providing a significant design success during a time of nationalisation, merger and upheaval within the British aircraft industry. It was developed as the world’s first Vertical/Short Take-off and Landing (V/STOL) combat aircraft, and built around the revolutionary Pegasus vectored thrust turbofan engine, manufactured by Rolls-Royce. This engine used moveable nozzles to direct the jet thrust at different angles: this meant it was ‘unforgiving’ to fly - requiring highly experienced and skilled pilots - but could operate from improvised bases close to battlefronts when vulnerable runways had been damaged or destroyed by the enemy.

Large Victorian families would have had big teapots to lift so this self-pouring invention was designed to ease the burden. First invented by John Royle in the 1880s as a promotional item for the industrial customers of his Irlam ironworks, it proved popular and Doulton & Co were commissioned to produce this ceramic version. It works by raising and depressing the lid, which generates enough pressure for the tea to come out of the spout without the need to lift the pot. I am a tea drinker myself so anything to make the ritual more relaxing is a winner by me.

I have chosen what is probably the tiniest object in our collection but also the most historically significant. It’s a small button, cut from the tunic of Superintendent James Braidwood of the London Fire Engine Establishment (London Fire Brigade). Mr Braidwood is universally regarded as the ‘father’ of all British fire-fighters: at 24, he founded the Edinburgh Fire Brigade in 1824, which was the first properly constituted, municipally-run fire service in the country (Manchester was second in 1826). Working in London thereafter, he was dramatically killed at a major fire in Tooley Street in the Docks area of London, at the age of 61. Braidwood’s body was found by his second officer, Alfred Tozer, who cut a button off his tunic as a sombre souvenir and kept it forever. In 1862 Alfred took charge of the Manchester Fire Brigade and transformed it into one of the UK’s leading organisations. 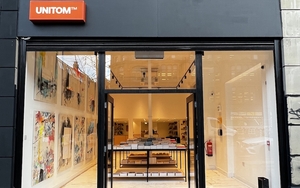 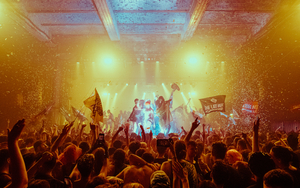 'Queer up North' - Homobloc, masculinity and the art of rave