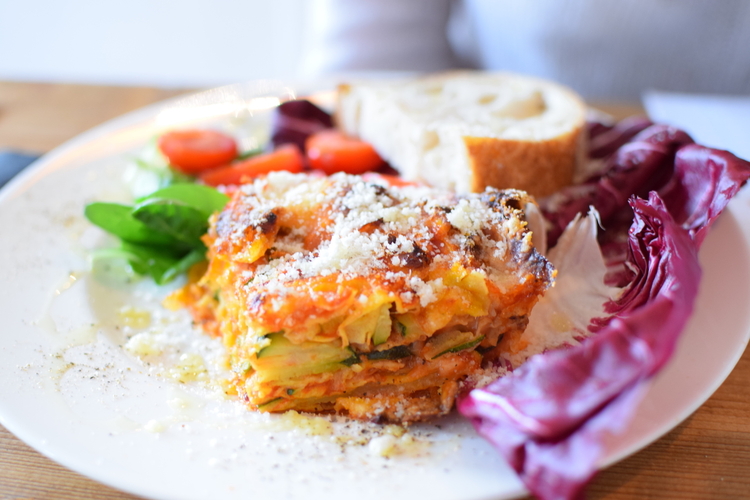 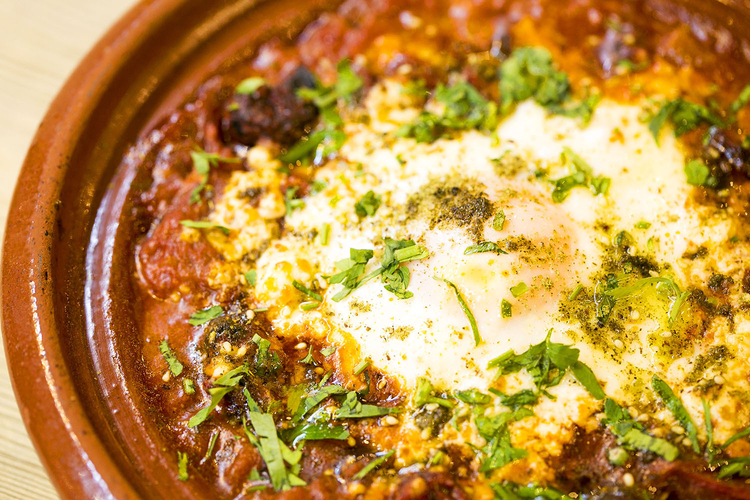 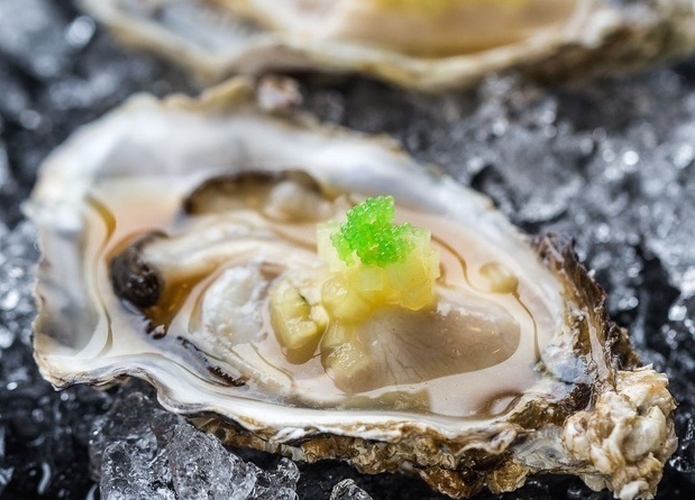 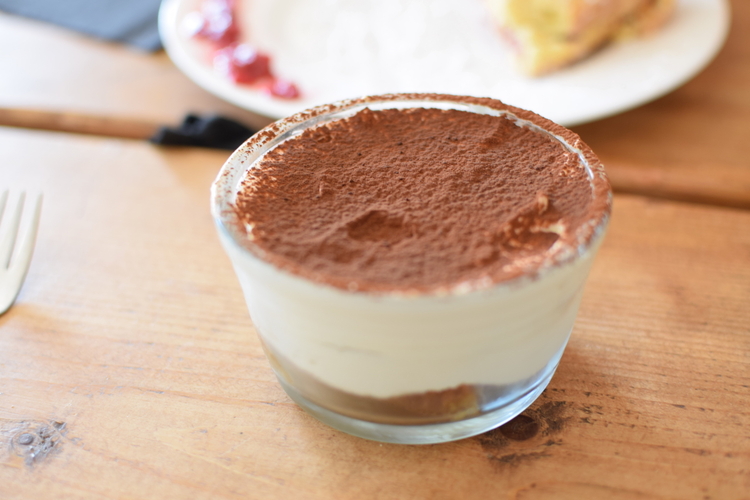 From Galician to Gillardeau, Shakshuka with Sojok to Conejo al Ajillo, here's more great nosh to try around Manchester

This month we've been enjoying Manchester’s European food culture (and a splash of Lebanese) as well finding butter so good, it’s worth the drive over to Lancashire.

Perhaps it was a little sacrilegious to be eating bunny around Easter (the hoppy one is the god of chocolate eggs after all) but it was worth it: the Conejo al Ajillo - or pan fried rabbit with garlic and spring onions - at Tapeo and Wine was a great way to bounce into spring. Rabbit can get dry very easily, but this particular little Peter was very juicy and involved lots of undignified gnawing and messy hands. Its gamey flavour and small bones won't be for everyone, but if you fancy something a bit different to the standard lamb, I recommend it. Lucy Tomlinson

I have already written about the utter joy that can be found in a Comptoir Libanais cooked breakfast (here). It’s similar to a Full English, but with the taste levels turned up to eleven; fried eggs peppered with sumac, zaatar spiked flat mushrooms, spiced lamb sausage and fool madamas for baked beans. It took three visits before I even noticed the rest of the menu. I dipped into their organic yoghurt and homemade granola once; pimped up with fresh pomegranate seeds and orange blossom water, it was luxuriously thick enough to wear.

Their shakshuka simply confirms my undying love for the Lebanese brekkie. Available in a veggie option with crumbled feta or a meaty version studded with buttons of spiced Armenian lamb sausage, this bowl of tomatoes, red onions and peppers, slow-cooked until the magic oozes out of them manages to be both comforting and wholesome. They even provide a slice of warm pitta bread to make sure none of the juices get away. Deanna Thomas

Steak used to be a fuss-free option in restaurants. "Steak please", you’d say. And that would be that. But with the rise in gourmet cuts such as the corn-fed USDA rib-eye at Piccolino and Galician-style sirloin at the re-launched Grill on the Alley, simply ordering steak feels as outdated as a wipe-clean tablecloth.

Taken from retired dairy cows, typically around sixteen years old, Galician-style steak has built up a following among food lovers due to its richly pigmented meat and creamy ‘raindrop’ marbling. Previously only available at a few places in the North West (such as Ramsbottom’s Levanter: a key site on Britain’s steak pilgrimage route alongside Ambleside’s Lake Road Kitchen), Grill on the Alley has joined the Galician gang. Expecting something with the potency of mutton, or game, I was pleasantly surprised. This is a solidly flavoured but not overpowering cut, along the lines of dark chocolate when compared to milk. Ideal sharing fodder. Ruth Allan

I like Bock Biere Cafe for its beers, its food and the memories it evokes of its previous incarnation as Lounge Ten, when Kit, the manager back then, held sway, gliding between tables in a striking pink leather kilt. The Croque Madame for £7.50 makes for a bolstering and substantial meal in its own right. The bechamel biere sauce adds edge to good smoked ham, strong cheddar, topped by a fine runny fried egg. Washed down with a richly flavoured Brugse Zot Dubbel beer it all makes for a fine quick meal or lunch. A pink leather kilt is optional. Jonathan Schofield

Those glinting green globules that catch your eye are ‘green caviar’ – tobiko fish roe infused with wasabi to give colour and spice. There’s also pickled cucumber and yuzu juice bringing a further touch of Japan to these fleshiest, freshest of bivalves. For the new spring menu chef-patron Simon Shaw seems to have wisely abandoned his experiments with kimchi as a condiment. So what has all this to with tapas and Spain? You may as well ask why Ferran Adrià at El Bulli didn’t serve undeconstructed patatas bravas and the like. A classically trained Yorkshire chef can bring his own radar to the Spanish food he has espoused. Sourcing from Ireland and Normandy ahead of its traditional beds around the Île d’Oléron, the French Gillardeau oyster dynasty itself seeks only the best to uphold its century-old brand. Forget the geography – just enjoy. Neil Sowerby

As I write this, I'm sat having my morning coffee in Vieux Lyon, having eaten at four great French restaurants in the last four days - each with between one and three Michelin stars. The boss is Paul Bocuse; he's ninety now and his cuisine hasn't changed in the last four decades. But it got me thinking: what is the one timeless element that makes a really great restaurant? Well, Gordo has figured it out; it's the bread. Oh and the butter of course. But which of the Frenchies served the best? Bocuse was near faultless, but there is better... and it's not in France.

This bread was sourdough, but not the stuff we suffer in many hipster joints. No, this was light, juicy, smelling of a mill built on a sunny spot surrounded by wild flowers. And the butter? Well, this chef is such a perfectionist he churns his own, and the result is what Gordo can only imagine is akin to the stuff the Angel Gabriel slaps on his toast, churned of unicorn milk. Yes bettering Bocuse and La Mere Brazier was Birchall, chef Mark Birchall, of the newly opened Moor Hall in Aughton - 45 minutes drive from Manchester. Gordo isn't sure if Michelin can drop two stars first time round, but if they can and they don't, Gordo will hunt them down. Mark 'Gordo' Garner

Lupo has been having a fairly tough time of late. Mere days after a mention in the Financial Times no less, and Lupo owner Nico arrives at his charming little Italian coffee shop near Salford Central to find that Big Mr Nasty Network Rail – with no warning whatsoever - had shut off the road and all but barricaded them in. Quiet two weeks for Nico. Emerging from the dust and bluster, ready to get back to the business of serving perhaps the best coffee in the city and certainly some of the best homemade Italian nosh, and now there's scaffolders outside erecting their dirty poles where they see fit. Poor Nico - desperate to keep things ticking over – has since resorted to sticking a ‘free cake’ sign up outside.

We can’t be having this. So, loathe to see The Man strangle the little guy, consider this less a best dish and more a shameless plug for a small local business that deserves a few of your quid. And hey, free bloody cake. David Blake