Manchester developments to be given less stupid names

Sleuth week 7: Is Viadux the worst building name ever?

Developers in competition to give buildings most stupid names

Sleuth was at the City Sessions debate on Thursday with developers Ask, Bruntwood and the head of Salford development. The issue of ridiculous names for new developments came up, such as NOMA, HOME, the Tomorrow Building, XYZ, Corridor, Circle Square. As Sleuth said when he saw the Tomorrow Building at MediaCityUK, he was surprised to see it finished - because of course tomorrow never comes.

During the debate, John Hughes of Ask revealed the new name for the towers going up next to be Beetham Tower: Viadux. The reason for the name being that they are over a viaduct and dux is short for ‘redux’ which means ‘restored’. “Are you sure the real meaning is not that it’s above the canal and thus you'll walk to the towers via ducks?" said Sleuth, who is acknowledged to be the funniest man on Earth.

Sleuth is now calling for sense and logic in the naming of schemes in Manchester, and has decided to start a campaign to rename the new towers next to Beetham Tower as 'Inverted Shoebox'. And why stop there, thought Sleuth, why not change the name of the tallest buildings in Circle Square to 'Sort Of Dark Terracotta Tower'? Deansgate Square with the 200 metre tower could be called 'Really Tall Glass Tower' and the one next to it should be called 'A Bit Smaller Glass Tower', the next called 'A Bit Smaller Tower Than That One' and the last one just 'Stumpy'.

Sleuth hears that the city centre's latest hotel, the Crowne Plaza, based around the university campuses on Oxford Road, has named some of its rooms after famous Manchester University alumni.

Lots of eminent academics, actors, artists, architects, business people and scientists have worked and studied at the University and UMIST down the years, including 25 Nobel Prize winners, Alan Turing, Dame Nancy Rothwell and Jack Whitehall from Drunk History UK.

"Yes we're having a bit of fun with it too," said hotel manager Clive Poulter. "For example, in the Foster room you'll find a six-pack of Fosters beer, in the Ernest Rutherford room you'll find a copy of The Importance of Being Earnest, and if you're staying in the Bernstein room and forget your toiletry bag, we're more than happy to bring you a comb over."

Sleuth was in Madrid earlier this week, and very much enjoyed this sign. In fact, he can't remember he last enjoyed a sign so much. So Sleuth got to thinking how a sign like this could be utilised in Manchester. Here's five suggestions:

2. ‘This Manchester square has never had a Christmas Market.’

4. ‘This part of Manchester hasn’t yet been bought by China or Abu Dhabi.’ 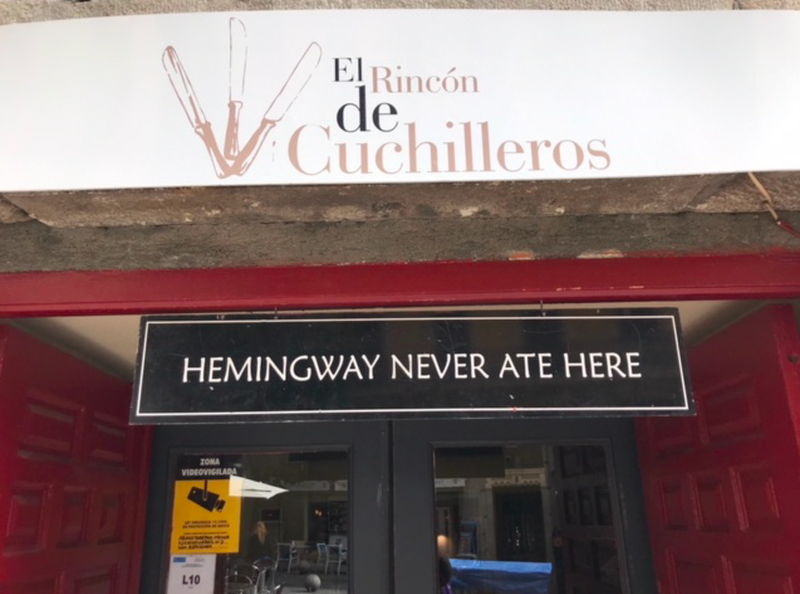 While enjoying a fine meal at the much-improved River Restaurant at The Lowry Hotel this week, Sleuth noticed that his bread had not been served on a white plate as usual, but in a small wooden canoe. Expecting sudden flooding at the riverside restaurant, a worried Sleuth tracked down the hotel manager for an explanation.

"Following the flooding of the river two years ago the new owners of the hotel are taking no chances," said the manager. "So from now on we'll be serving our bread in boats and our cocktails in life rings."

"And what of the hotel's most famous resident?" asked Sleuth. 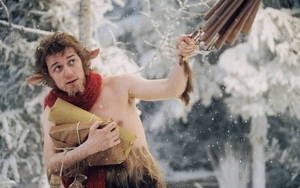