Let there be light - Manchester Cathedral lifted from gloom 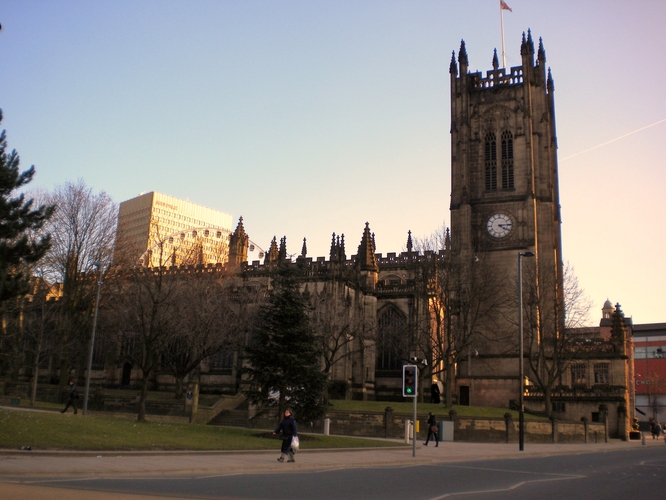 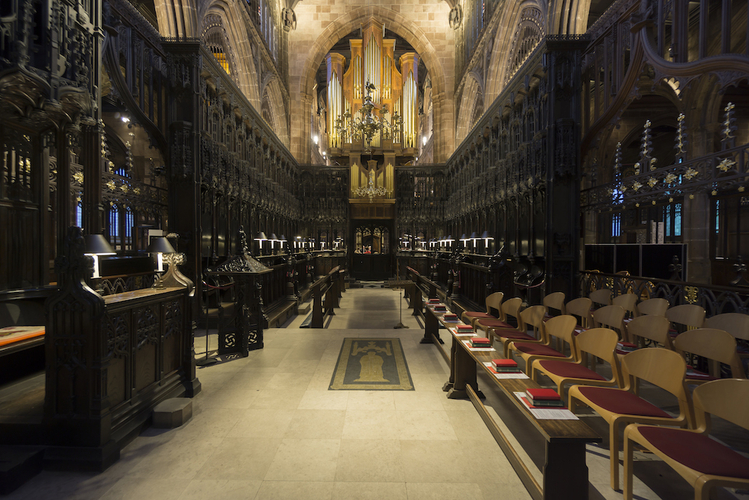 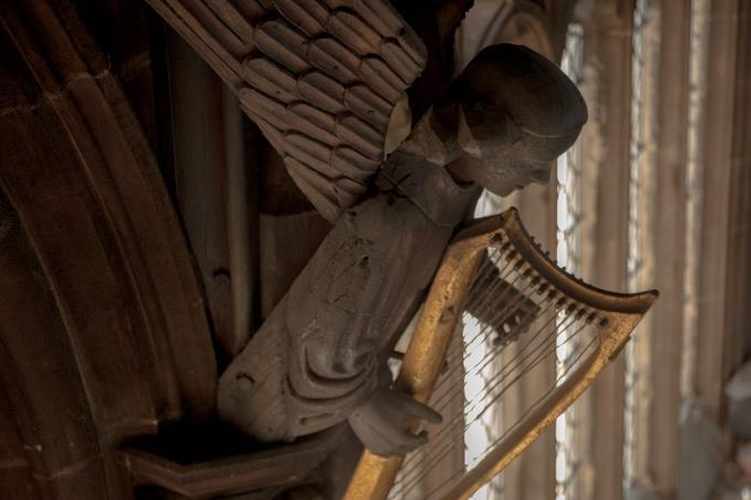 ‘Let there be light’ is one of the ten most famous Biblical quotes.

As mentioned in this previous article criticising Manchester’s tourism offer (Oct 2017), this city can be a very dark city. The criticism centred on the lack of lighting on the exterior of the city's key buildings.

For one of our greatest buildings that criticism could have been extended to the interior. In Manchester Cathedral, as twilight descended, darkness entered into the building and all was gloom. It was just as bad at noon during darker days. This meant that much of the superb medieval detail was lost in shadow. In May 2016, Robert Watson revealed just how astounding this work is, but details aside, the dowdy lighting did this beautiful structure no favours even in its regular functions.

Perhaps the best example in the city of what could be achieved in terms of interior lighting came not from some grand public or ecclesiastical institution, but from a restaurant. Ever since Australasia opened on Deansgate in 2011 the lighting has been a model for others. The basement space remains so well lit you feel like you’re sitting on a terrace at tea time overlooking the Tasman Sea.

The Cathedral knew it was letting itself down, and after fixing, amongst other things, the heating under the fabulous new floor, acquiring some splendid new liturgical furniture and (the icing on the cake ) installing the spectacular Stoller organ for £2.5m, it turned its attention to the lighting.

The result is as spectacular as the organ. The building has become another model of how to do things and how to do them well. The lighting in the main nave takes your breath away with its spiritual, ethereal, almost white illumination, catching the organ and turning it into a multi-faceted jewel atop the screen to the choir.

The details in the ceiling, meanwhile, have leapt to life. Visitors can now, for example, see the wooden musical angels just below roof level. Up there, Manchester’s earliest band, picked out in gold, silently perform in wind and string - and have done so for more than five hundred years.

Suddenly the Cathedral, on dark days and at twilight, has moved from gloom beyond clarity into drama. Not that this has come cheap, nor in a Grade I-listed building, perhaps, should it. This phase of the lighting came in at £750,000, the second phase will be anything up to £500,000. These figures have been eased by another half a million from the Stoller Charitable Trust.

The brief for the new lighting scheme was to provide a modern, flexible (operated by tablet) and energy efficient system that would provide functional lighting for the broad cross section of uses of the building. The requirements ranged from small and intimate services to full civic services, concerts, dinners and, importantly, for the many individuals and groups that visit the Cathedral every day.

Remember this building is no longer simply a shush-shush space for ageing congregations. While it fundamentally remains a place of worship, it is also now one of the city’s premier gig and event venues. Manchester Cathedral blends the spiritual with the secular beautifully.

Cathedral authorities and design company, Light Perceptions, under the direction of Bruce Kirk, must be congratulated on lifting the interior of a building which for centuries has been a focus of the town and then city. Confidential recommends a trip down there, it’s uplifting, therapeutic.