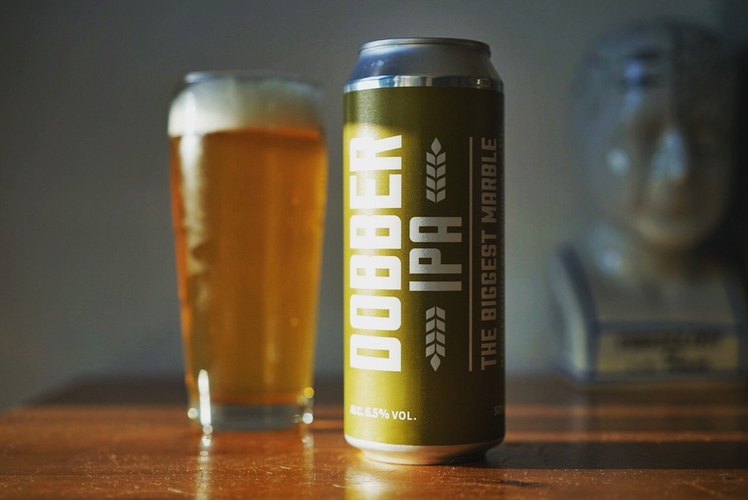 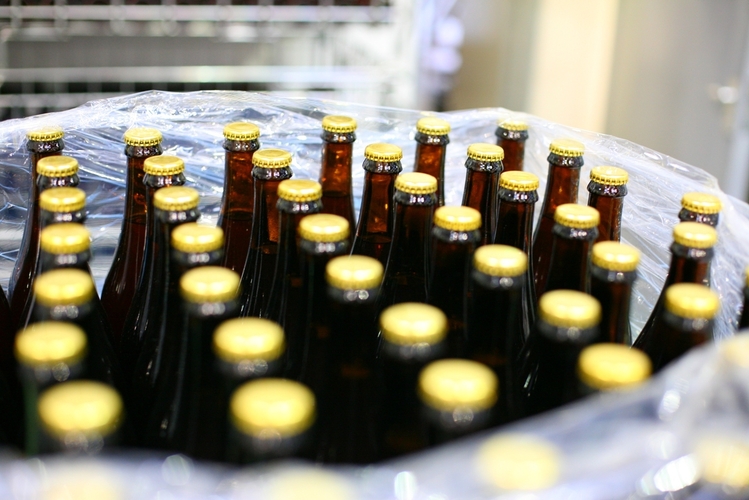 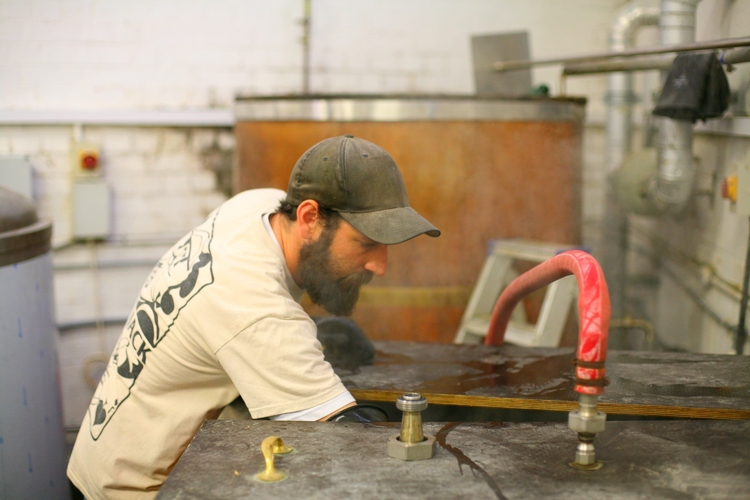 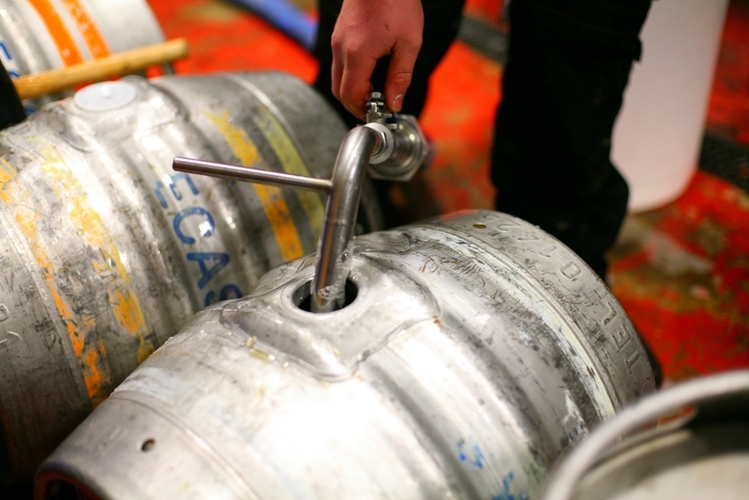 THERE’S a bewildering amount of weird and wonderful beers and events lined up for Manchester Beer Week, which begins on Friday, June 23. Certainly the scale of citywide activity across ten hoptastic days eclipses last year’s debut festival with a particular emphasis on matching beer with food. Check out the range of events here.

There’s some serious ‘hog whimperingly rat-arsed' potential in all this but also opportunities to stretch your appreciation of flavours and combinations (that’s my excuse). To whet your appetite, here are ten beers to try over ten days in some convivial venues.

Choice is overwhelming, so I enlisted the advice of some of the city’s finest palates. I hesitated to ask organiser Connor Murphy for his fave ale – he is one busy man right now – but I suspect he might go for the MCR Beer Week Official Beer, which we’ll kick off with…

Green Quarter brewers Blackjack have touched base with neighbours and MCR Beer Week headline sponsors the Co-op to create this official festival beer, launched on draught at the Preview Night, slipped in a couple of days before Friday’s official launch party at Mayfield Depot. It will be available in bottle form from 39 Co-op stores cross the North West, as well as in keg and cask at various venues. This 3.5% ABV pale ale uses British hops Admiral and Minstrel as well as leftover fruit from the production of Co-op’s own brand yoghurts by Yeo Valley. It has also been brewed with oats and lactose, to create a twist on porridge.

If that sounds like healthy roughage in a glass, check out this collaboration between Runaway and Pollen Bakery. This unusual style stout has been conditioned over whole coffee beans and cocoa nibs, inspired by Pollen's Oat Porridge Sourdough, brewed using almost 50 percent oats including a proportion of freshly roasted flaked porridge oats from the bakery ovens. To complete the full Pollen experience, they're adding flavours to represent one of their super rich chocolate brownies, and a fresh coffee. It's quite lovely.

Check it out at the brewery tap in Dantzic Street on Sunday June 25, 12pm-6pm. Free entry, food and briefing about all six collaborations for Food and Beer: The New Generation.

Pollen’s neighbour on Sheffield Street produces hugely consistent, hop-driven beers but the king is session stalwart Somona, remarkably full-floured for an ABV of 3.8%. There’s a hint of cereal here too (don’t worry breakfast will be over soon) but also mango, peach and tangerine on the nose with further refreshing citrus on the palate. Peter Alexander, beer blogger and chair of the Rochdale, Oldham and Bury branch of CAMRA, is a fan of it in cask form. Seek it out at the Central Manchester branch’s Beerfest, held in the 53two Theatre on Albert Street (June 29-July 1).

Reddish microbrewery meets Macclesfield gypsy brewers. Result this oaty 6.5% New England IPA that “promises to be juice bomb of beer”, according to its advocate Beers Manchester blogger Jim Cullen. He’s snapped it up for his Sunday June 25 event at The Brink, Mancunia Uber Alles, where he champions five favourite breweries from across the region with the brewers present. From 6pm, £12 a head. New England IPAs are all the vogue at the moment for hopheads.

“Less pointedly bitter than their west coast rivals, these east coast juice bombs are brewed with protein-rich wheat and oats, fruitier, hazy yeasts and are massively dry-hopped to create murky, silken beers that, packed with proteins and polyphenols, can take on a vivid, yellowy-orange glow.”

If ‘juice bombs’ and oats are not your bag do you fancy bingeing on doughnuts? On Saturday, June 24 at its Red Bank taproom Beatnikz Republic is running a Doughnut and Beer Pairing Party in conjunction with Manchester Doughnut Co. Among the matches are a Doughnut with Bourbon washed down with this 9% ‘riot’ of cherries, muscovado sugar and bourbon oak, which also features on the beer list for their BBQ Blowout and Beer Pairing night on June 28.

Now for something to clear the palate from the Falmouth outfit voted the UK’s best new brewery by RateBeer.com (the same dudes who named our own Cloudwater fifth best brewery in the world). This is a 5.4% American Pale Ale, featuring Citra , Mosaic, Columbus and hops Chinook (brewed with a London Ale III yeast). Described as “a fruity little number with a bitter kick at the end” by Damian O’Shea of award-winning microbar Heaton Hops, which is hosting  a Verdant Brewing Co Showcase on Wednesday, June 28. Fascinating footnote: The Chasing Kevin label artwork is by Manchester illustrator/designer David Bailey.

It must be obvious by now that MCR Beer Week is hardly a parochial event in its second incarnation with brewers seeking inspiration globally. Take Tau Day (Wednesday June 28, from 6pm, free) at Cafe Beermoth. It marks the annual launch of Hawkshead’s popular Key Lime Tau, first created in conjunction with the USA’s Crooked Stave brewery or the 2015 International Rainbow Project. It’s a kettle-soured, lactose infused Golden Ale brewed with fresh lime zest and lemon grass to taste biscuity and strongly of lime... just like a key lime pie. It’s an all-time fave of Opening Times and CAMRA stalwart John Clarke. Another fascinating footnote: It’s called Key Lime Tau because Tau is 2 x Pi (τ = 2π), it has now been made on both sides of the Atlantic and is brewed to 6.28%.

Will Evans of Piccadilly Beer Mile-based Cave Direct is a big fan of this ‘study in blending’, the latest version of the Somerset mavericks’ Modus Operandi, where woody complexity comes from serial ageing in wine and bourbon barrels with wild yeasts. Beyond Modus means they’ve blended in an extra couple of select beers from their barrel library. Try it at Shock and Awe with Wild Beer Co at Will’s Unit 101 on North Western Street Saturday, July 1 from 7pm. It’s one of six beers matched with six courses from the Not Another Pop Up chefs. Tickets cost £35. Buy them here.

To illustrate this one-off homage to the sour, salty and herbal beer style that originated in Goslar, Germany I’ve had to fall back on a picture of a core flavouring (they just used the heads, apparently), perhaps the most challenging combo in the beer/indie food manufacturer collaborations that also included the Runaway/Pollen White Oatmeal Stout. No idea what Marble head brewer James Kemp has come up with in consultation with seafood street heroes Holy Crab, but I’ll be there to try it on Sunday June 25 at Runaway’s tap. Holy Crab and Runaway are also holding a joint supper club there from 7pm on Friday, June 23. It’s four courses and four appropriate beers for £35 a head.

I suspect the godfathers of the Manc craft movement are on safer ground with the relaunch of the legendary IPA, named after the biggest marble in your collection. Which Dobber was at 5.9%. Tropically uber-hoppy and deceptively easy to drink, it was my Marble fave until it was discontinued. Let’s hope the new batch of 12 barrels has rekindled the old glory. Beer writer Matthew Curtis, who persuaded Marble to relent, will be tutoring a tasting at the Marble Arch on Rochdale Road on Tuesday, June 27. Tickets are £12 (includes a third of four beers and a scotch egg snack). Buy them here. It promises to be quite a homecoming party. 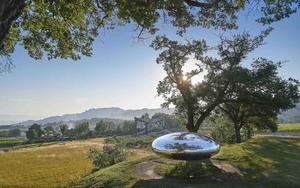