What - Home By Nico

Six By Nico was one of the biggest restaurant success stories of 2019. Scot-Italian Nico Simeone brought an ingenious affordable ‘fine dining’ concept to the city that we never knew we were missing and it’s been packed ever since. Nico’s flagship Glasgow branch opened in 2017 and subsequent baby Nicos popped up all over the show at an impressive rate. He seemed like an unstoppable force until, well, you know...

The restaurants offered a six-course menu of somewhere between ‘tasting’ and ‘small plates’ sized, themed dishes. The menu changed every six weeks and was extremely affordable at around £30 a head - plus extra for optional wine flight or other drinks and snacks. The theme might be Mexican or Thai, or something more abstract like Alice In Wonderland or 'Nostalgia.' This kept diners coming back week after week, with new converts and old fans feverishly awaiting news of each new menu. Clever. But, like everyone else, they’ve had to think on their feet and be even more clever during the pandemic lockdown. Enter, Home By Nico. 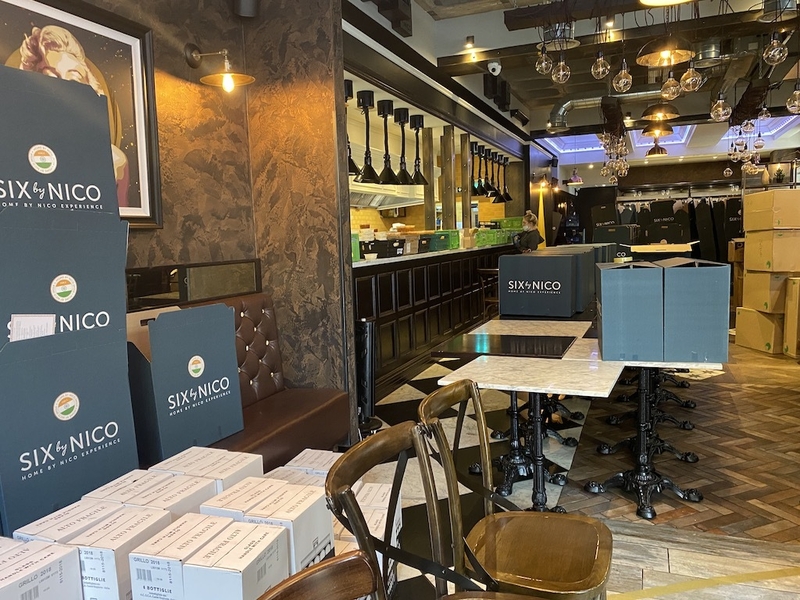 Just four courses for this new service at £50 for two, with a bottle of wine included. This time the theme changes weekly so you really do have to be quick off the mark. The week I got it, the theme was 'Indian Street Food.' I was very impressed with the quantity of food in the box, especially as the restaurant was sometimes criticised for its meagre portions.

I expected the bread to be naan or roti but got a quarter loaf of sourdough cleverly flavoured with purple cumin shoots. The main course portions put some local Indian takeaways to shame. Four, plump, roasted chicken thighs on the bone with butter sauce and a huge tub of boneless, shredded lamb biryani for two - we couldn't finish the rice and leftovers provided a good lunch for one of us the next day. With two courses before that - aloo tikki (spiced potato cakes) followed by chana paneer (chickpeas with fried Indian cheese) - and a more regular sized dessert of cardamom rice pudding with mango PLUS the wine, we got more than our money's worth.

Apparently, in some cities they are delivering, but in Manchester it’s currently a pick-up only service. I was given a one-hour slot to collect and only one customer was in front of me when I got there so social distancing was relatively easy. Inside it looks like they’re doing a roaring trade.

The last time I was at the restaurant it was packed with customers and now the whole place was piled high with boxes - the member of staff I talked to said it had been manic. The package was housed in a huge cardboard box, a bit awkward to walk with across town but useful when trying to keep some distance between me and people determined not to bother with the two-metre rule. I got a bit of a sweat on and I'm a bit reluctant to order again unless they introduce home delivery.

The cooking part was very easy, a bit of decanting pots into pans and oven dishes for the most part. I don’t have a microwave so I had to warm my biryani in the oven but that worked out fine. The instructions are clear and detailed and everything is timed so you can eat it in course order.

I'm lucky to have eaten in the restaurant twice before and the food was a similar quality if a little less fancy to look at. It was all a touch heavy on the salt, but not inedibly so. The dishes were more Indian restaurant than street food snacks. Less greasy than a takeaway, more ‘restauranty,’ but not quite as vibrant and varied in flavour. The aloo tikki was super spicy - a good thing in my book - but the rest wasn’t very heavy on the chilli. It’s always tricky matching wine with spiced food and the accompanying bottle of Grillo worked quite well at this price point. The changing themes excite me - I'm a sucker for a limited edition. The value for money deserves a round of applause. Just please start delivering. 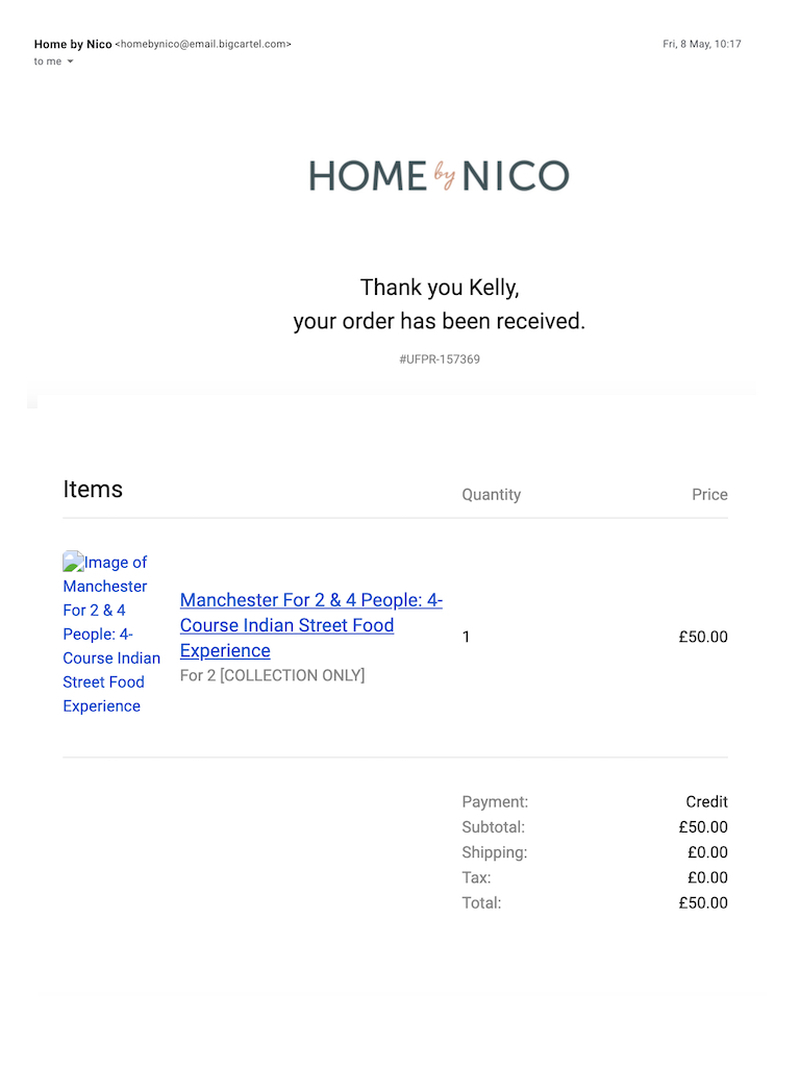 An exciting box of fun dishes for two and a full bottle of wine, no complaints.

If you're picking up on foot, it's a little tricky to carry the box. The handles broke when I tried to use them. It's more environmentally friendly than a carrier bag though. Delivery would be a real bonus.

The instructions are really clear and everything comes together easily.

Really impressed with the amount of food.

Liked this? Read next: Lockdown review - The Pickle Factory @ Where The Light Gets In

Or this: Where can I still get... a roast dinner?