I bloody love Dishoom, everything about it; the charming, old fashioned chintziness, the uniquely Indian humour, the incredible food, the clever cocktails that subtly incorporate Indian flavours, the grandness of Manchester Dishoom’s dining room in Manchester Hall, the friendly staff, the cookbook with its gorgeous pictures of India, a country I visited and fell head over heels in love with. All of it.

At a tenner each for a bacon butty and a brew, this seems a little steep, but for every kit ordered they also donate a meal to a hungry schoolchild

I also love breakfast, especially with a group of friends. The social breakfast thing is something I have missed enormously, but I have taken advantage in lockdown of the chance to enjoy more long leisurely and large breakfasts with my partner than we ever had time for before. I’ve whipped up Scandi style pancakes with dill and salmon, breakfast burritos, bennies with homemade hollandaise and even chia seed puddings. Dishoom has officially reopened but I’m not hurtling back into restaurants or pubs just yet, so I was thrilled to get my mitts on a bacon naan kit from Dishoom.

The package is £16 plus postage and serves two - although I reckon I'd have polished the lot off on my own given half the chance. You get eight rashers of applewood and beechwood smoked, streaky bacon from Ramsay of Carluke, some of Dishoom’s tomato-chilli jam, a pot of thick cream cheese, some chopped coriander and three dough balls (the third is there in case you mess up your first attempt at doing the naan).

The instructions suggest adding a fried egg but no eggs are included in the pack. There is also loose leaf darjeeling tea, whole chai spices and fresh ginger to make a large pot of sweet chai tea - but you'll need to add your own milk and sugar. At a tenner each for a bacon butty and a brew, this seems a little steep, but for every kit ordered they also donate a meal to a hungry schoolchild via Magic Breakfast- something they do in the restaurant too. You order in advance and can choose your delivery date. It comes wrapped in ostentatious woollen padding which gives the whole thing an even more luxurious feel. My cat was very happy with her new bedding.

Dishoom’s chef and co-founder Kavi Thakrar posted a helpful video on Twitter which I watched before the kit arrived. He suggested cooking the bacon in the oven but the naan also needs to go under a hot grill to puff up. I only have a combi oven so a bit of switching between settings was needed. I bunged the almost finished bacon in the bottom of the oven while I finished the naan under the grill.

Rolling the naan using oil instead of flour was a bit of a game changer for me, and watching it bubble and brown under the grill felt very satisfying indeed. I've made my own naan quite a few times but they have never turned out this light and bubbly. I'll be referring to the Dishoom cookbook for that recipe from now on. We managed not to burn one (although it was close) so we had the third with veggie curry the next day. The chai was also an easy chuck-everything-in-a-pan job although you have to watch for it bubbling over when the milk goes in.

Freshly grilled naan, cracking bacon, gentle spices and a fried egg, I don't think breakfast gets much better than this. It's not a belly buster like The Koffee Pot one but it feels like a really special treat. I wasn't prepared for how intensely the chai tea would evoke memories of my trip to India. Just the scent of it had me misty eyed with flashbacks to an even slower pace of life than lockdown on the banks of the Ganges contemplating my navel.

The thought of not travelling again for a long time - not like we used to anyway - makes my heart heavy. Food is so intrinsic to culture and such a key part of travel - for me at least. One way we can continue to travel in our minds is through enjoying food from different continents at home. Scent and flavour conjures up surprisingly intense memories. At least we have that. Our restaurants need us right now and they have the ability to take us on a journey. That's well worth the money. 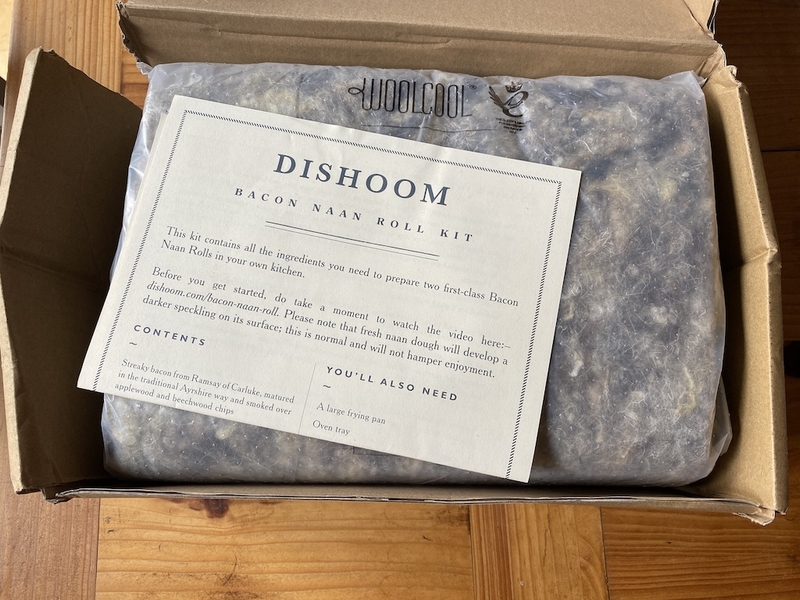 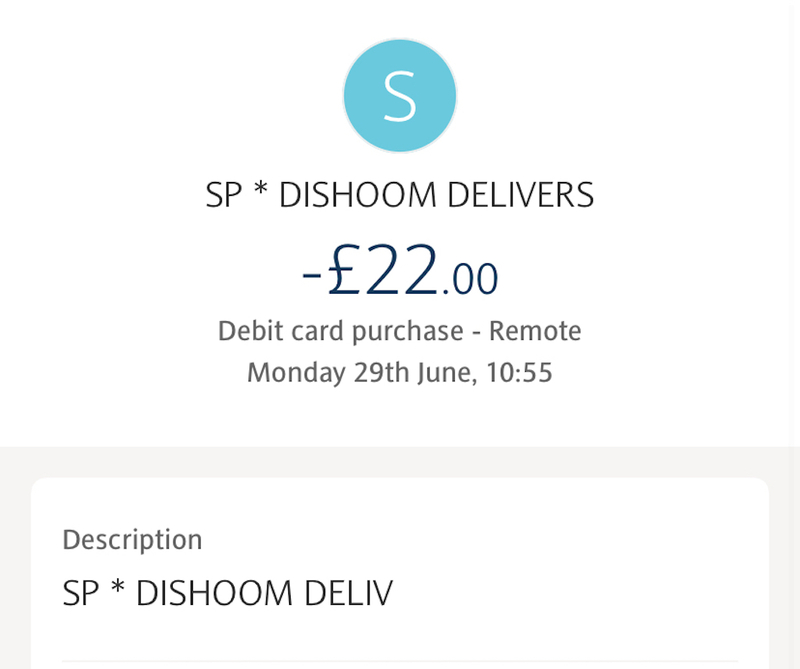 I'm always happy to pay more for better quality meat. It's an expensive bacon butty but worth it for a treat.

Limited plastic made me very happy - the plastic tubs have been taking over my house and there are only so many you can reuse. Free cat bed a bonus.

Surely everyone is making their own bread dough these days but even if you're not, it's not hard to roll out and slap on a pan. Just make sure you set timers as it can be a bit of a juggling act to get everything ready at the same time.

A little more bacon would have been nice, but only because I'm a greedy guts. No complaints at all about the quality of the ingredients.