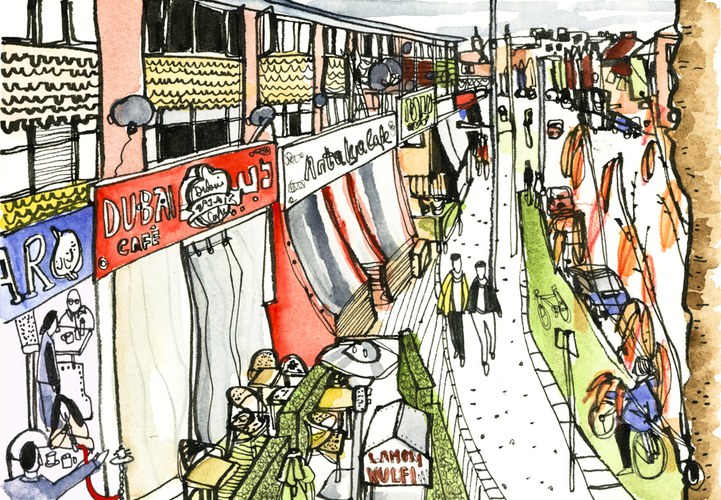 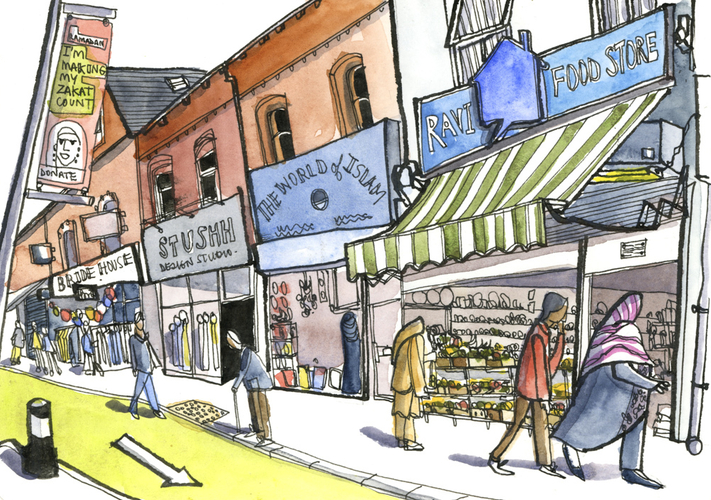 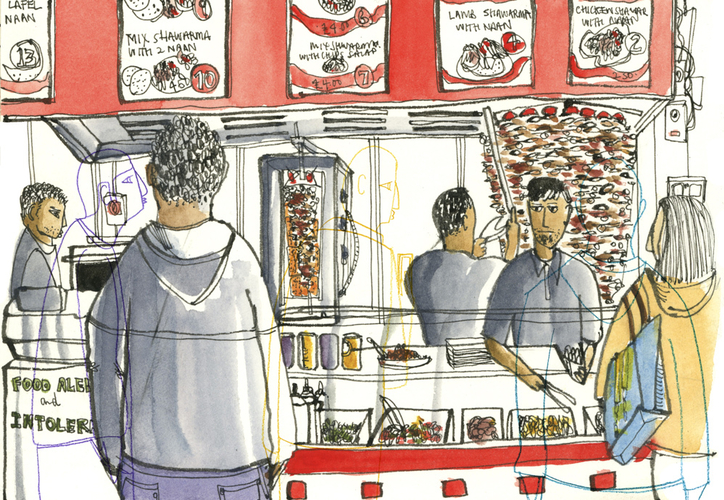 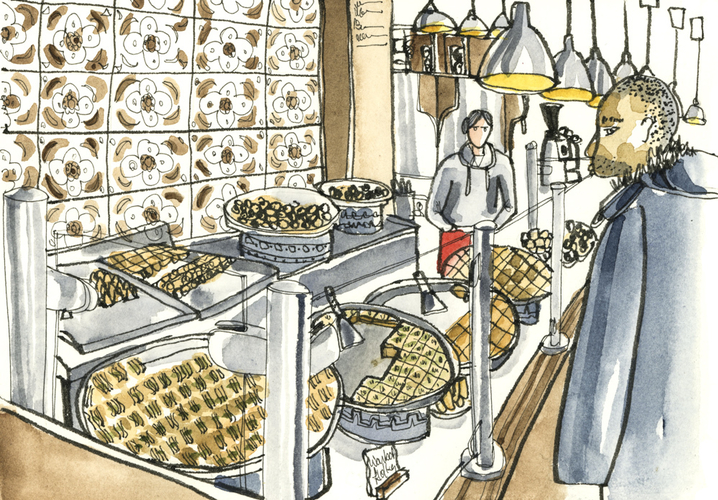 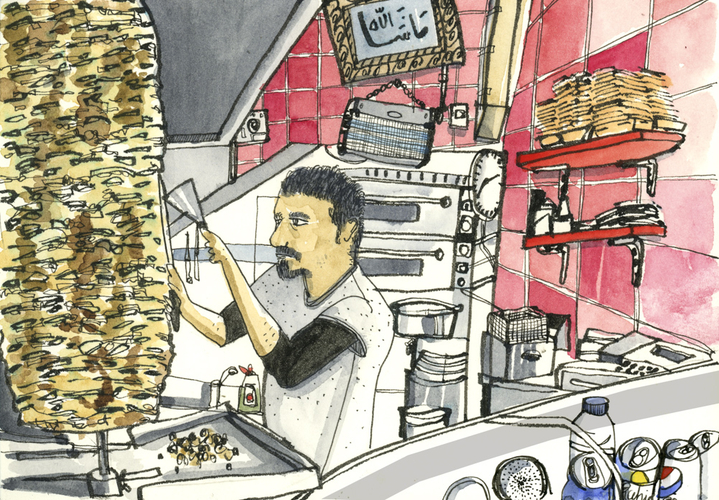 East meets West in Len Grant’s lively drawings of Rusholme, one of the most changeable areas in Manchester

“We have customers who’ll drive 100 miles to get our sweets,” says Irfan, whose father established the Delhi Sweet Centre in 1975. From the mid eighties, when Wilmslow Road was a ‘regular English high street’ with just a smattering of Asian restaurants and takeaways, to its ‘heyday’ in the nineties - when there were more than 60 - this family business (famed for its fresh jalabi) has witnessed first-hand how much Rusholme has changed over the last few decades.

It’s constantly in flux, which makes it a great place for a storytelling project...

It’s one of several institutions to make an appearance in The Rusholme Sketcher, a new book by acclaimed storyteller Len Grant: from the chippy whose kobeda kebab has legendary status to the barber who attracts clients countrywide with his artful shaving and The Albert Inn, the area’s last surviving pub.

Cheap supermarket curries, corporate delivery services, increasing development and globalised palates…the 21st century has brought this multicultural corner of Manchester a new wave of threats, while social media now rivals word of mouth endorsements. And yet some things remain unchanged: worshippers gather in their thousands for prayer at the Central Mosque, footie fans watch heated matches over shisha pipes and sizzling shwarma kebabs and the local butcher still shifts 40+ lambs on Eid - when locals parade the streets in their finest attire.

As Grant states in the book’s introduction: “For a community too frequently under fire in an increasingly intolerant Britain, this place remains somewhere in which to celebrate and feel at ease.”

There are many more interesting anecdotes to be found in The Rusholme Sketcher, each accompanied by his signature sketches. An award-winning freelance photographer since 1990, Grant’s focus on social issues and urban renewal spans landmark buildings to asylum seekers and heroin addiction (many published in book or blog form), while writing has always been integral to his work. But on becoming part of the Urban Sketchers community, he added another medium to his reportage; insightful sketches evoked in watercolour and fountain pen.

The Rusholme Sketcher is a prime example: snapshots of bustling street scenes and local characters as vibrant as the area itself - one Grant chose to document after realising he’d been acquainted with it since the 1970s (long before the influx of South Asians and ‘Curry Mile’ branding) yet never paid much attention. One Friday morning, on one of his regular cycles from Withington to town, he realised ‘the familiar had become invisible’ and decided to get to know Wilmslow Road properly - leading to a popular blog-turned-book.

Grant said: “I’ve been bowled over by the hospitality of the Rusholme community. Throughout this project I’ve drawn in restaurants and cafés and been treated to all types of delicious cuisine.

“I’m delighted to be publishing a book of my Rusholme sketches as it will serve as a document of this dynamic neighbourhood. It’s constantly in flux, which makes it a great place for a storytelling project. As Ibrahim, a Rusholme window cleaner, told me on my very first outing: ‘It’s like life, always changing.’”

And, in the words of Sunny from Jilani’s, “Rusholme will never die. It’s world famous”.

The Rusholme Sketcher book is available online at lengrant.bigcartel.com

Find out more about Grant at www.lengrant.co.uk

Drama of The City: Droning on about Manchester
● / Entertainment