Charitable causes, neighbourly nibbles and bucketfuls of beer. Here's what you might have missed

One of Spinningfields' favourite independent restaurants has closed due to 'an incredibly difficult trading period.’

Beastro Spinningfield announced its closure with immediate effect on Monday, despite recently celebrating its second anniversary. The restaurant opened in March 2017, taking over three of the units previously used for The Kitchens, Allied London's street food project.

However, fans of Beastro can travel to The Bulls Head in Heyside. The trio recently took over the Royton pub, with a new menu cooking the likes of hand-raised pork pies, liver and mash, and rag pudding. 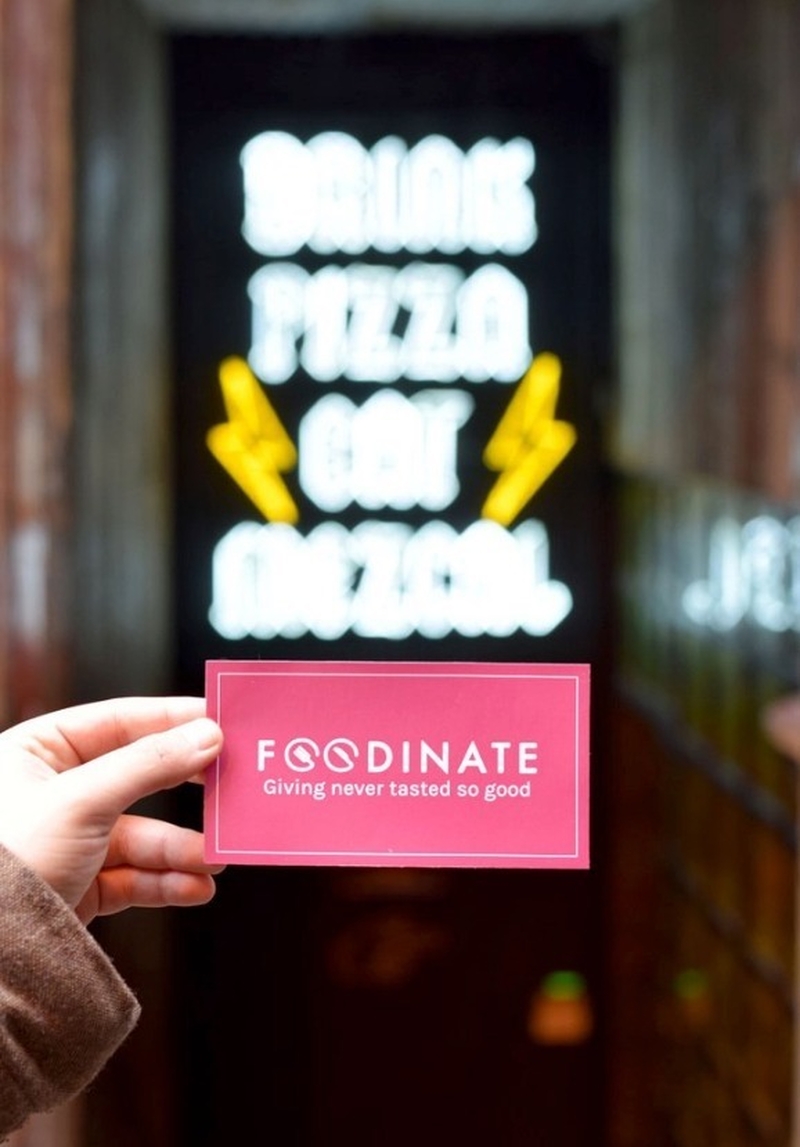 Social enterprise Foodinate have served its 100,000th donated meal this month. For every Foodinate item sold, a partnered business – such as Proove in Didsbury, The Alchemist and GG Hospitality – funds a meal for someone in their local community.

To celebrate this milestone, Foodinate have created a new partnership project for all businesses across any industry. The newly-launched ‘Business Champions Club’ allows any business that wants to make a positive difference to partner with Foodinate and generate meals for those in need.

Foodinate was launched in 2016 to fight food poverty in Manchester and it now reaches 12 communities in the UK, with the Booth Centre and Mustard Tree receiving food to pass on to people in need.

“Receiving food from Foodinate means that we can allow our beneficiaries to volunteer in our kitchens, to have the opportunity to come up with their own recipe ideas, learn new skills in cooking and budgeting, and to get involved in making positive decisions – it’s a hugely powerful tool for recovery,” said Shaun Carmody, Head Chef at Mustard Tree. 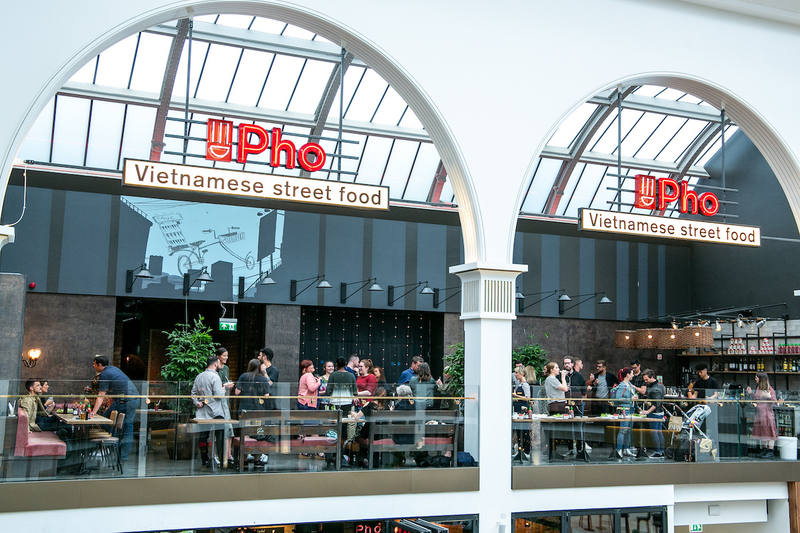 Get in the summer spirit with Pho

Pho and Deliveroo have joined forces to bring a picnic with a difference to Spinningfields. The pop-up event will be launched next week (June 28), with a selection of free Vietnamese food and a decorated picnic spot, complete with hanging lanterns.

Joe Groves at Deliveroo said “We wanted to show Brits that they don’t have to settle for stale cheese, warm strawberries and melted ice lollies when picnicking this summer.  The pop-up picnic will offer a selection of amazing Vietnamese summer bites for Manchester to enjoy in the sunshine”.

The Vietnamese chain have also created picnic summer bundles for £40, with both the ‘regular’ and ‘vegan’ options available on Deliveroo. This follows the launch of Pho’s new party space. They’ve recently opened their roof terrace on top of the Corn Exchange, with two new menus – one for light bites and one for seated dining – and an exclusive cocktail bar. 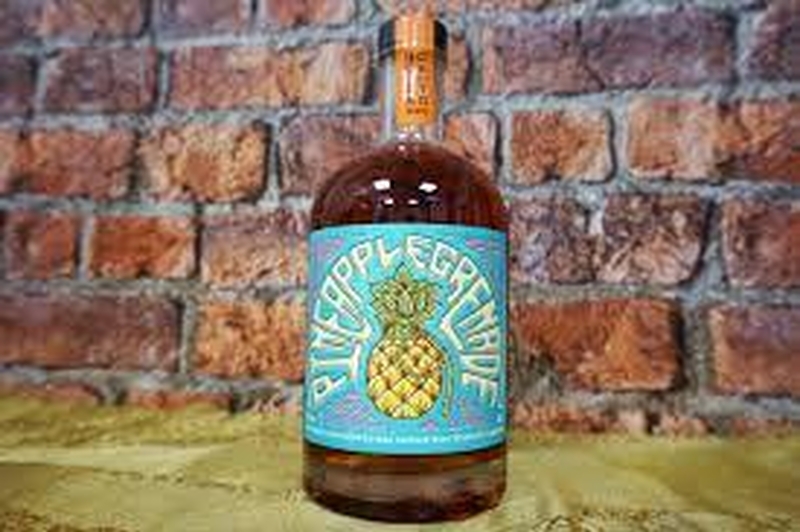 A locally produced rum has completely sold out after it received the thumbs up from Holly and Phil on This Morning. The presenters declared the Pineapple Grenade rum their favourite drink after sampling a range of flavoured spirits on the ITV show.

The 64% Overproof Spiced Rum, made by Rockstar Spirits in Manchester, is now sold out everywhere after becoming the No.1 rum on Amazon. Rockstar Spirits was launched in November 2018 by Tom Hirst, 43, who made the first batch at his home. Alongside the flagship Pineapple Grenade, the company also stock Captn Webb's Two Swallows Spiced Rum and are due to release a Grapefruit and Honeycomb Grenade Rum next month.

“More stock is on the way to all our online partners, and we will be back in stock over the next few days,” a post on Rockstar Spirits’ Instagram reads. 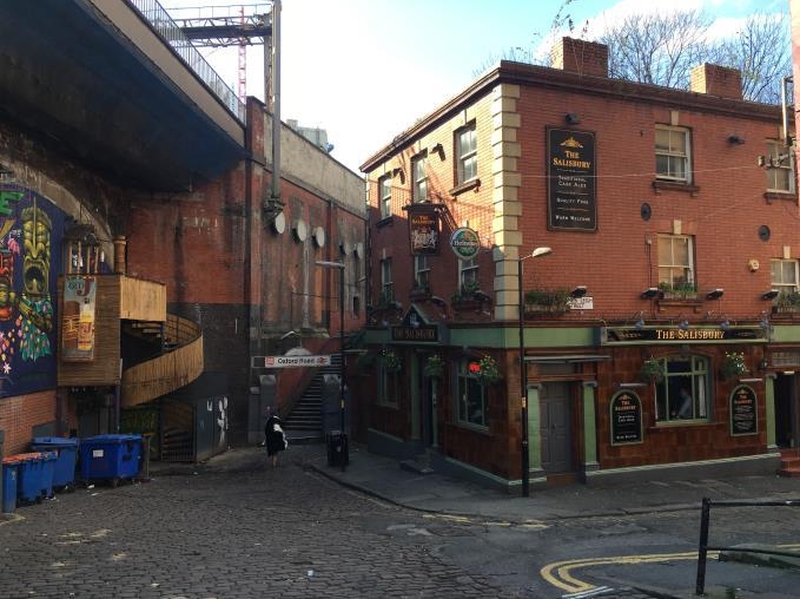 Get to know your neighbours over an Amstel

Do you know your neighbour’s name? Amstel has launched the first national Neighbour’s Week after research shows that over half of Brits across the North West wouldn’t be able to recognise their neighbour’s faces.

The study, conducted by OnePoll, also revealed that 87% believed having a relationship with their neighbours would make us feel happier and feel part of the community. Running from 17 – 23 June, Neighbour’s Week encourages people to meet at their local pub and get involved with a variety of activities – from quiz night to live performances.

Nic Casby, Brand Director for Amstel, said: “At Amstel, we’ve always valued friendship and the power of connecting with people, so we want to create a nationwide campaign that encourages to come together – and where better than the great British pub!”

Participating pubs across Manchester include The Salisbury, The Kings Arms in Salford and Manchester FC & Cheadle Hulme CC.

This is the painting I just delivered here in Manchester Picaddily this morning. A @benandjerrysUK initiative #welcomenotwalls people now contributing with their own messages into the painting #RefugeeWeek free Ben and Jerry's ice cream all day! pic.twitter.com/WCDzUoVXjM
— Mohammed Ali (@aerosolali) June 21, 2019

To celebrate World Refugee Week, ice cream giants Ben & Jerry’s have built a symbol of solidarity in Piccadilly Gardens. The wall, decorated by street artist Mohammed Ali, has been created with support from local refugee organisations. Members of the public are encouraged to grab a paintbrush and write their own message of solidarity, alongside some of Manchester’s MPs.

As part of a nation-wide campaign, there will also be a celebration of refugee-led music, arts and spoken word and of course, a scoop or two of Ben & Jerry’s ice cream. This is the latest awareness-raising tactic by Ben & Jerry’s who are in their third year of campaigning for the rights of people seeking safety.

Rebecca Baron, UK Social Mission Manager at Ben & Jerry’s, said: “We believe some of the loudest voices in society are compromising our values of equality and justice, we want our fans to come together and make their voices heard in welcoming solidarity. Because what’s sweeter than people coming together, to say “we’re all equal, and we’re all welcome here”.

Last night, everyone at #MetInManchester helped us make this donation to @Coffee4Craig - an amount that, according to the organization, will fund their work for the next 12 months. We love seeing the difference we can make together. #AWMH #MetallicaGivesBack #MetallicaFamily https://t.co/3UwveJlNHN
— Metallica (@Metallica) June 20, 2019

Homeless charity Coffee4Craig received an astonishing £40,000 from heavy metal legends Metallica, ahead of their sold-out show at the Etihad.

The charity, based in the Northern Quarter, discovered Metallica wanted to support them via the band’s own charitable foundation, All Within My Hands, and the band also called on their fans to offer their support. Coffee4Craig aims to help “those most vulnerable to regain some dignity and well-being” and founder Hendrix Lancaster believes that the cash is enough to fund their work for the next 12 months.

Lancaster, who set up the charity with his wife Risha in 2013 following the death of Risha’s brother Craig, was invited to attend the Etihad show on Tuesday alongside other volunteers.

Metallic are known for supporting a charity in each city they perform and it is believed that a member of the team saw Coffee4Craig’s recent appearance on BBC’s Watchdog about food waste. 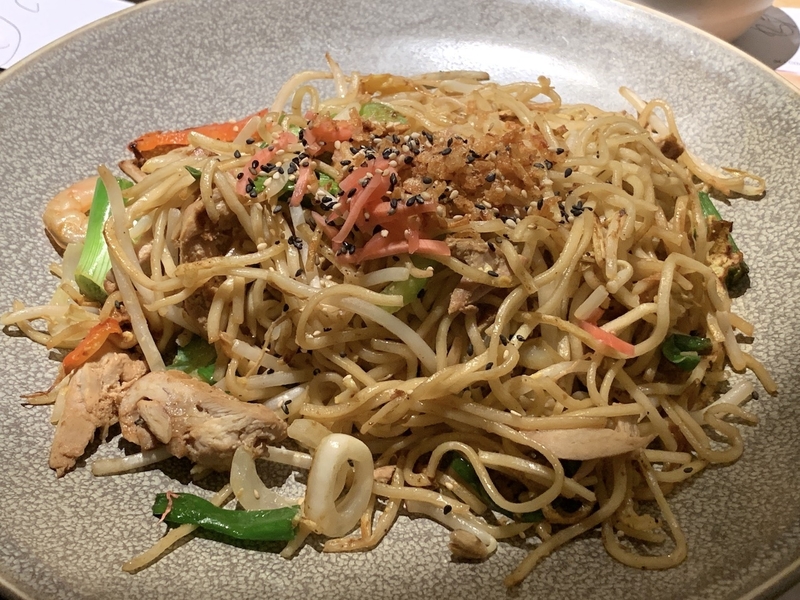 Ramen enthusiasts will be celebrating as Wagamamas is set to open its first branch in South Manchester. It will open in East Didsbury this September, replacing Tex-Mex restaurant Chiquitos.

The Asian-inspired chain will join the ranks of Nandos, Bella Italia and Cineworld in Parrs Wood Entertainment Centre. 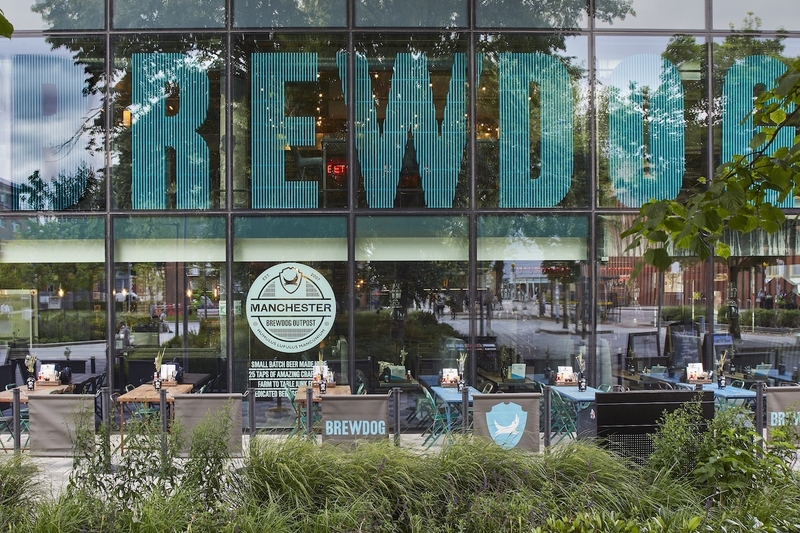 Brewdog have opened their second Manchester bar on Oxford Road, complete with its very own beer school. Outpost Manchester is BrewDog's 90th pub worldwide, but only its second UK brewpub - and the first to feature a dedicated beer school area.

Set over two floors in Bruntwood’s University Green, the micro-brewery will produce brand-new creations to be served behind the bar, alongside their classic beers. To celebrate the new venture, visitors can help design an exclusive beer by voting on different aspects throughout the opening weekend.

James Watt, Captain of BrewDog, said: “We love to spread the gospel of craft beer to anyone who is willing to listen and we see the new BrewDog Outpost Manchester location as the next step in the craft beer revolution.”

Guests can also enrol on a beer school class – this includes a tour of the brewery and beer tasting, led by Cicerone-trained bar staff. The opening follows the success of Brewdog’s Peter Street bar which opened in 2012. 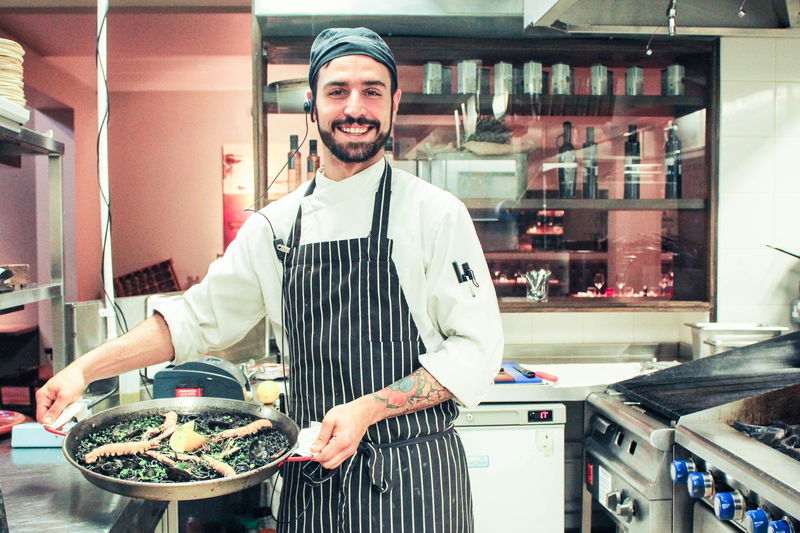 Travel to Madrid with Sundown Sessions

A taste of Spain is coming to Manchester, courtesy of Mahou, Madrid’s favourite beer. The Albert Chophouse and Tapeo & Wine will host a series of authentic masterclasses over the course of six weeks.

The free 30-minute events, known as Sundown Sessions, will celebrate tapas, Spanish music, street art and Mahou itself. The masterclasses include ‘Fusion Tapas,’ ‘Madrid DJ Soundscape’ and ‘Through the eyes of an artist,’ as their ‘maestros’ create experiences around aspects of Spanish culture. 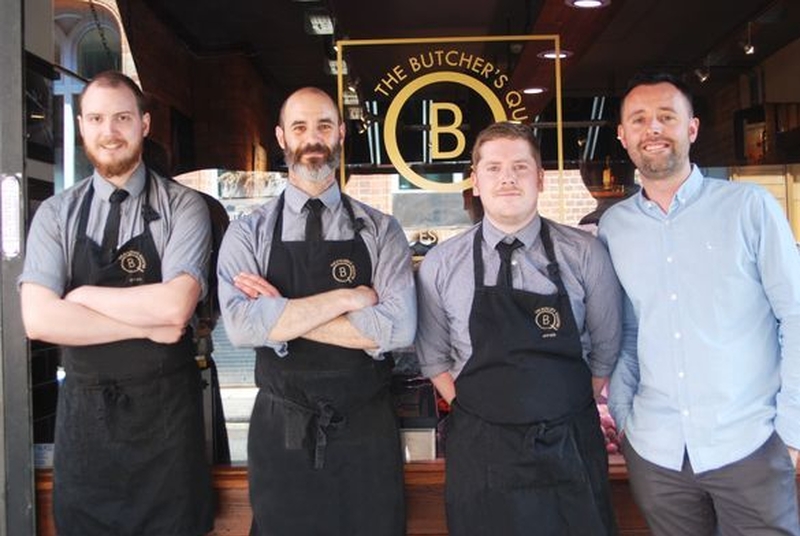 City centre butcher's shop The Butcher's Quarter on Tib Street in the Northern Quarter suddenly closed its doors this weekend. The independent butcher and delicatessen opened in 2015 hoping to draw in trade from the expansing local community. Owners Michelle and Ste announced the decision in a post on social media, thanking customers for their support over the past four and a half years but stated that despite investing 'time, graft, money and lots of love into this venture it's now the right time to move on.' We wish them the best of luck and as ever, urge our readers to support independents whenever they can.