WE’RE getting in a flap about chicken wings, wondering exactly what a 'lifestyle venue' might be and getting the lowdown on Japanese roasts in the Northern Quarter. From street food to street festivals, we sniff out the food and drink happenings incoming… 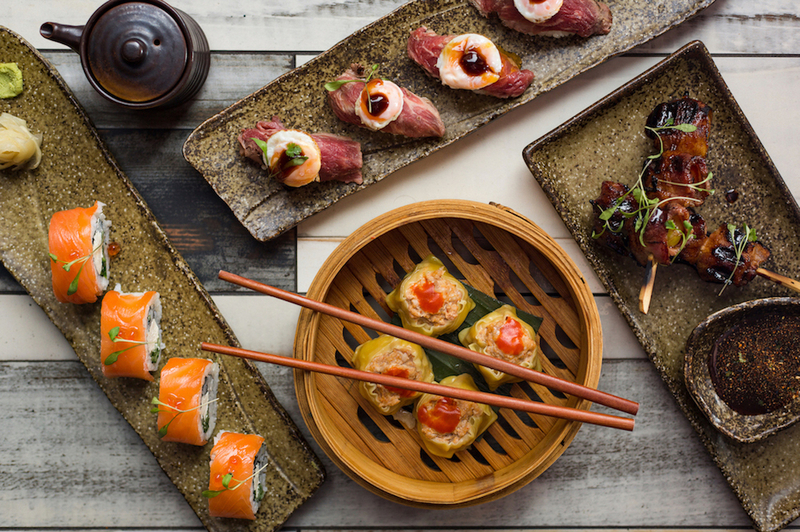 Get trolleyed at Cottonopolis

Move over traditional Sunday roast – there’s a new menu concept coming to Cottonopolis from Sunday. Find your ‘ikigai’ this day of rest (it's Japanese for ‘reason for being’) with Yum Cha, when you can enjoy as much Dim Sum as you like 4-10pm for two hours for £26 per person. Served from a trolley, each sitting will see more than nineteen mains, sides and desserts plus sharer bottles of beer, sharing cocktails and speciality wines, all served to your table. Add to that a special Sunday DJ line-up and creative workshops including flower arranging, ring making and T-shirt printing. Nathan Larkin, owner of Jackson’s Row indie Speak In Code, has been named as one of five finalists in international cocktail competition the 10 Year Switch, celebrating Scottish gin-maker Caorunn’s ten-year anniversary. Nathan joins regional winners from Edinburgh, Glasgow, Leeds and London on a trip to New York to go head-to-head in an international final on 31 July. A bartender for over nine years, Nathan’s creation was inspired by nature and made (alongside Caorunn Gin) with his own fermented honey using dandelion flowers he foraged himself. Given the moniker Wee The Hope,  a play on words - dandelions are blamed for bed-wetting and ‘wee’ is Scottish, like the gin. 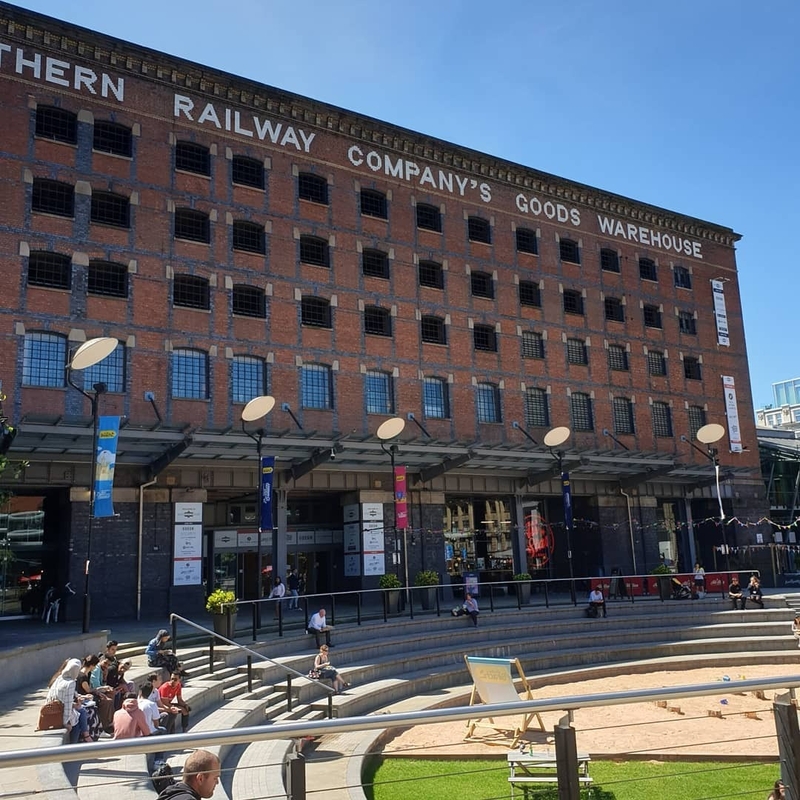 Popping up on the weekend of 3-4 August, the Great Northern Street Festival will see ‘Manchester’s hidden gem’, the upper level of the former goods depot, transformed into a street of fun, with money raised going to local charity, Forever Manchester. Taking place on Deansgate Mews/Great Northern Mews, the two-day festival is promising more than 26 live bands and DJs on the outdoor stage and in new Great Northern venue The Lion’s Den, the Art Battle challenge showcasing local graffitists, free VR activities, craft and gift stalls, food and drink from some of the independent mews shops and restaurants, including artisan chocs and Polish platters, and the return of the Makers Market on the Sunday. 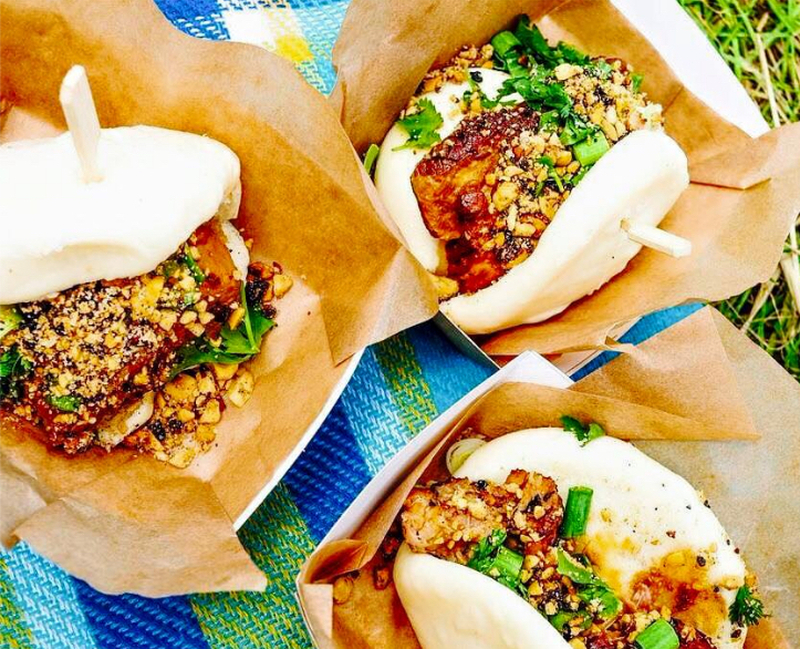 Tree-lined loveliness and big green space is just some of the marketing speak for MeadowSide. Forget Angel Meadow’s dark past and focus on the fancy apartments plus yoga sessions in the park and, from 10 August, ‘eats, beats and booze’, every second Saturday of the month. Taking place in the MeadowSide Marketing Suite 11.30am to 2.30pm, established purveyors of hand-held grub Bite Street Food will be serving up Bite + Bark on 10 August (free treats for pooches), Bite + Bike (with cycling workshops) on 14 September and Bite + Beer on 12 October (a brewery-led Oktoberfest). 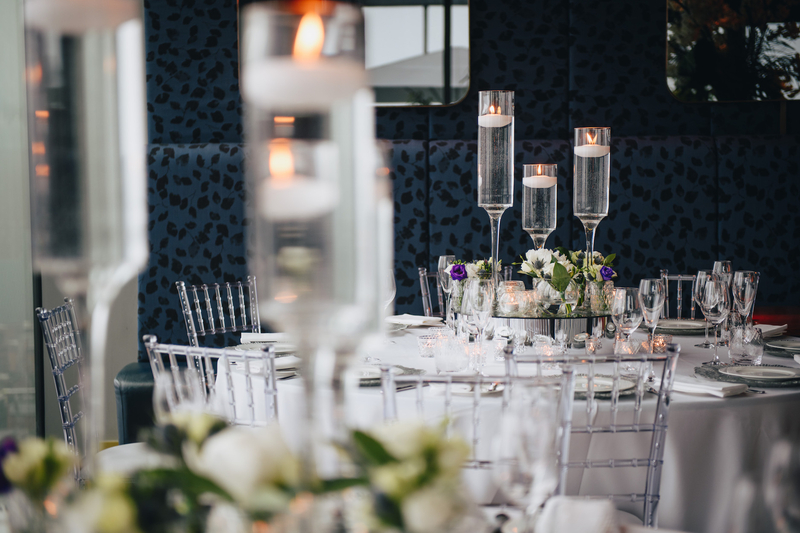 Get hitched on high at 20 Stories, where weddings are given the wow factor thanks to 360-degree views across town. Newly licensed, the city centre's highest restaurant and bar can now cater for your big day under one roof (including its rooftop terrace), from the ceremony to the evening do. Couples tying the knot can create bespoke menus with Head Chef Brian Hughson and hire out the private dining room or take over the entire venue. Fancy it? Pop along to the 20 Stories wedding fayre on Sunday 11 August 11am to 3pm to get a feel for a wedding in the clouds. 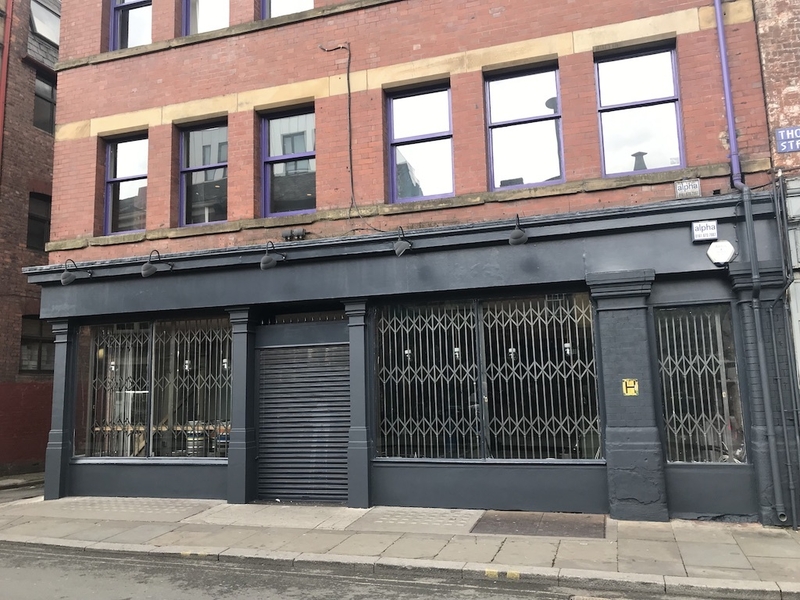 Wandering into the Northern Quarter, the Wilderness brand is following up its Withington Record Store with a three-storey eating, drinking and ‘lifestyle venue’ (we think that means it has DJs). Wilderness Bar + Kitchen opens in the old Odd on Thomas Street on Thursday 15 August, promising a welcoming, relaxed space with a modern approach to flavour and a basement Innovation Room complete with chef’s table in the working kitchen. Created by James Lord (ex-Manchester House), the seasonal Modern European menu, tasting menu and small plates menu will use produce at its peak, cooked over coals. This is Manchester, after all. The drinks menu will also mirror the seasons with low-ABV cocktails, natural wines and craft beers, and the new gaff will be open daily. 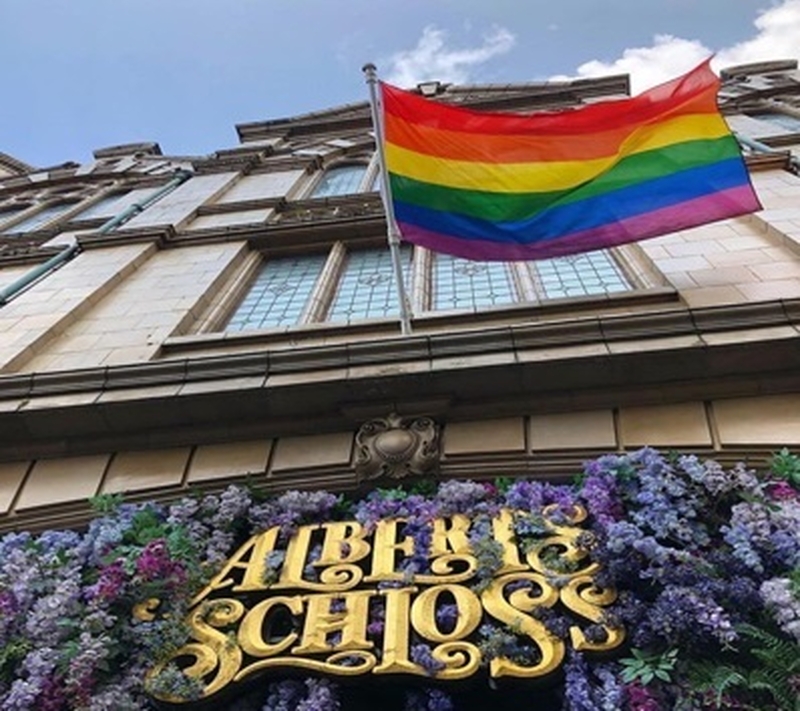 Albert Schloss will be flying the rainbow flag to celebrate Pride weekend, this year taking place Friday 23 to Sunday 25 August. As the annual parade trips down Peter Street on Saturday, stop off in Schloss for an all-day disco marathon courtesy DJ Paulette and Manchester disco legends La Discotheque before they head off to the White Isle, for a residency at Ibiza Rocks. Albert’s Love Parade line-up also includes the ultimate 80s party, Girls on Film, with Hattie Pearson on Bank Holiday Friday and a Sunday-night Dance and Haus party with Homoelectric resident Will Tramp, High Tea with the Queens and Feel Good Choir member Dominic Lawson. Wing Fest is bringing its poultry wares to Manchester from London, with all things chicken wing landing in First Street South on 14 and 15 September. The flying visit will see local kitchens such as Oh My Glaze, Flock, Sutikku and Parmogeddon, plus London Wing Fest favourites Drum & Flats and We Serve Humans, pitting themselves to be crowned ‘Best Buffalo Wing’ while punters can take part in a Wing Eating Competition. There will be cooking demos, activities like axe throwing, live music and DJs, and plenty of beer. Entrance includes a free can of Frontier Premium Lager, a bottle of Bull’s-Eye BBQ sauce and a Wing Fest Trucker Hat, and early bird tickets (yep) are £17.50. Ancoats’ historic Edinburgh Castle pub is being done up with an autumn opening date on the cards and Cottonopolis behind the pumps. The team promises a traditional local pub feel and a decent pint downstairs in the 19th-century building. Original features dating back to 1811 will be retained and restored, and the Cutting Room above will be transformed into a 52-cover restaurant with an open kitchen offering home-cooked dishes using regional suppliers. A bit different to its original purpose as a place for cutting cloth patterns produced in the nearby dark, satanic mills.

Most read food and drink stories this week :

- The ‘secret’ takeaway in Chinatown serving up incredible Venezuelan food

- Traditional markets could enrich communities, but instead, are they dying out?