POSH pies and set menus hotel style, French cooking and cheesy tips in Cheshire, new takes on pancakes, and some soup-er ideas are all here, plus a look ahead to where to eat, drink and celebrate International Women's Day. 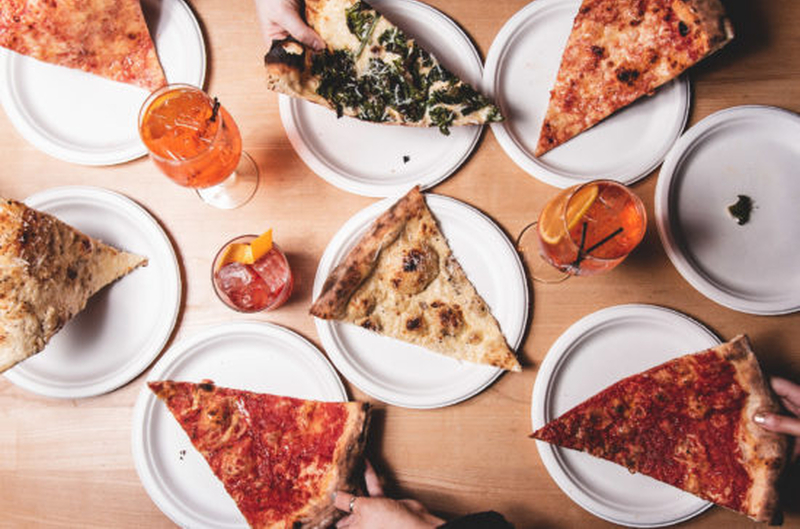 Thursdays are twice as nice with a new pop-up slice factory serving New York-style pizza 4pm until late once a week at the Northern Quarter’s Common. The NY version is “a characteristically large hand-tossed thin crust … crisp only along its edge, yet soft, thin, and pliable enough beneath its toppings to be folded in half to eat.” An “actual gamechanger,” the folk at Common are calling it. Nell’s Pizza are now dishing up fresh slices and full 22-inch portions of everyone’s favourite circular street food. It might be the shape of things to come… 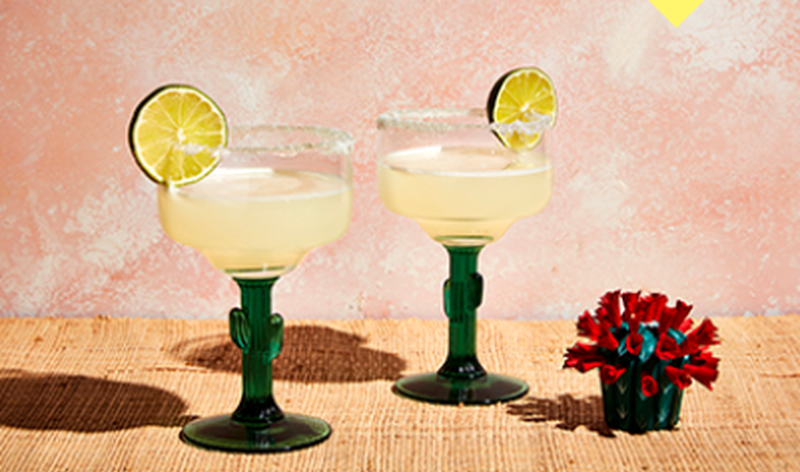 If there’s anything we love more than a day dedicated to one lonesome food stuff (National Crab Stuffed Flounder Day, anyone?), it’s a full 24 hours celebrating a particular cocktail. So this Saturday has our name all over it. Well, it has Margarita’s name all over it, and the Deansgate and Trafford Centre teams at Latin America-inspired Las Iguanas have the tequila, triple sec and limes lined up for National Margarita Day. Las Iguanas cocktails are BOGOF all day, every day, so snap up two Margaritas (including the special watermelon version or Batanga Margarita, with tequila and cola) from £9.95. 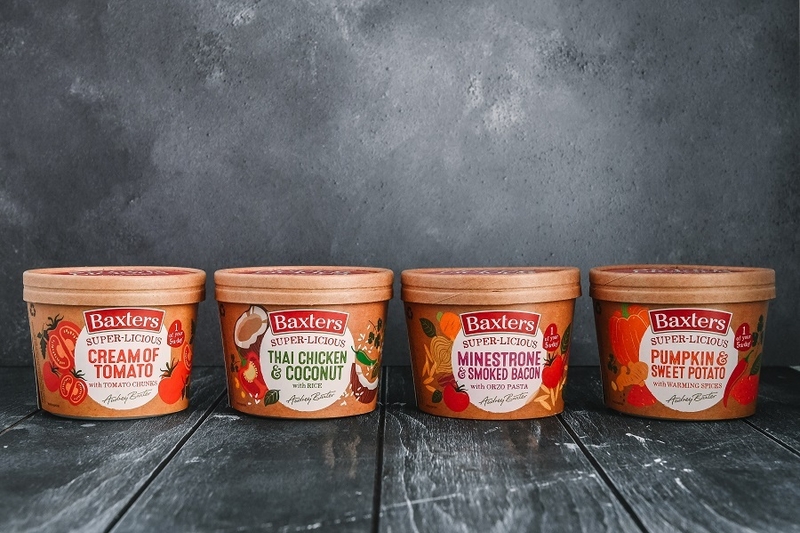 Top of the pots

Soup specialists Baxters have teamed up with etiquette experts Debrett’s to create A Guide to Office MicroManagement, including how to avoid coming to blows when using the communal microwave. Might not sound much, but these could be just the top tips you need when giving Baxters’ latest creation a whirl: new microwaveable Super-Licious Soup Pots. Available in four flavours and Manchester's commuters can grab a sampler soup this coming Monday if they’re passing through Piccadilly Station. Just look out for the giant heated Super-Licious Soup Pot, obviously, and step inside to warm up. 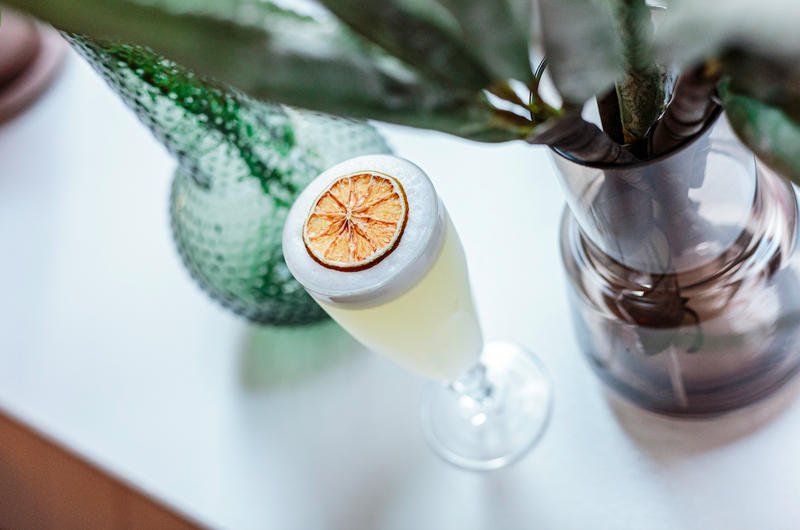 It’s pisco and pancakes all round at the Peru Perdu pop-up this week. The South American-inspired restaurant at The Cotton Factory is offering a Pancake Day with a citrussy twist, for one day only from midday on Shrove Tuesday (25th Feb). The Peru Perdu posse will be serving their signature cocktail, the traditional Peruvian Pisco Sour, alongside dulce de leche pancakes - a fluffy South American pancake filled with sweet gooey caramel sauce. Get the special pisco and pancake pair for a tenner only on Tuesday.

Alternatively, head to Wilson's Social for all-you-can-eat giant pancake stacks (think blueberry compote and frosting or popcorn chicken and bacon, drizzled in maple syrup) starting at £4, or Bundobust for a double dosa dessert - two mango & rose dosa rice pancakes for a fiver. One is flavoured with mango and one with rosewater, and both are served with shrikand, a traditional hung yoghurt sweetened and flavoured with cardamom, and topped with mango ras, pistachio and fresh pomegranate. 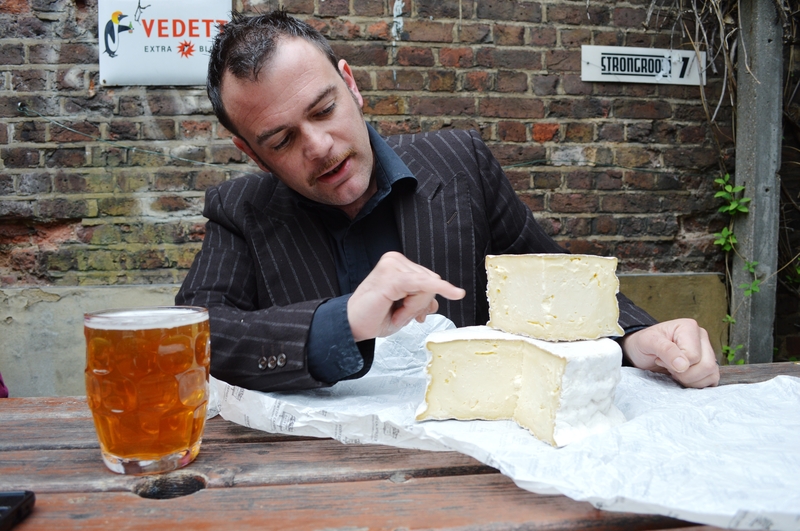 Sweet dreams are made of cheese

Altrincham’s New Market Dairy welcome A Cheese Monger’s History to the British Isles author Ned Palmer on Friday 28th February for an informal cheese and wine evening with a difference. Hosted at Shack Coffee, Ned will introduce some of his favourite artisanal raw milk cheeses from across the British Isles alongside carefully chosen wines from Reserve Wines in the Market House and beers crafted by Manchester’s Blackjack Brewery. Ned, we’re told, will “share some of his unique insight into the world of cheese,” including the craft and culture of cheesemaking and the major cheese styles – the blues, washed rinds, semi-softs and, unique to the British Isles, the territorials. Places are limited and tickets are £25 per person through Eventbrite. 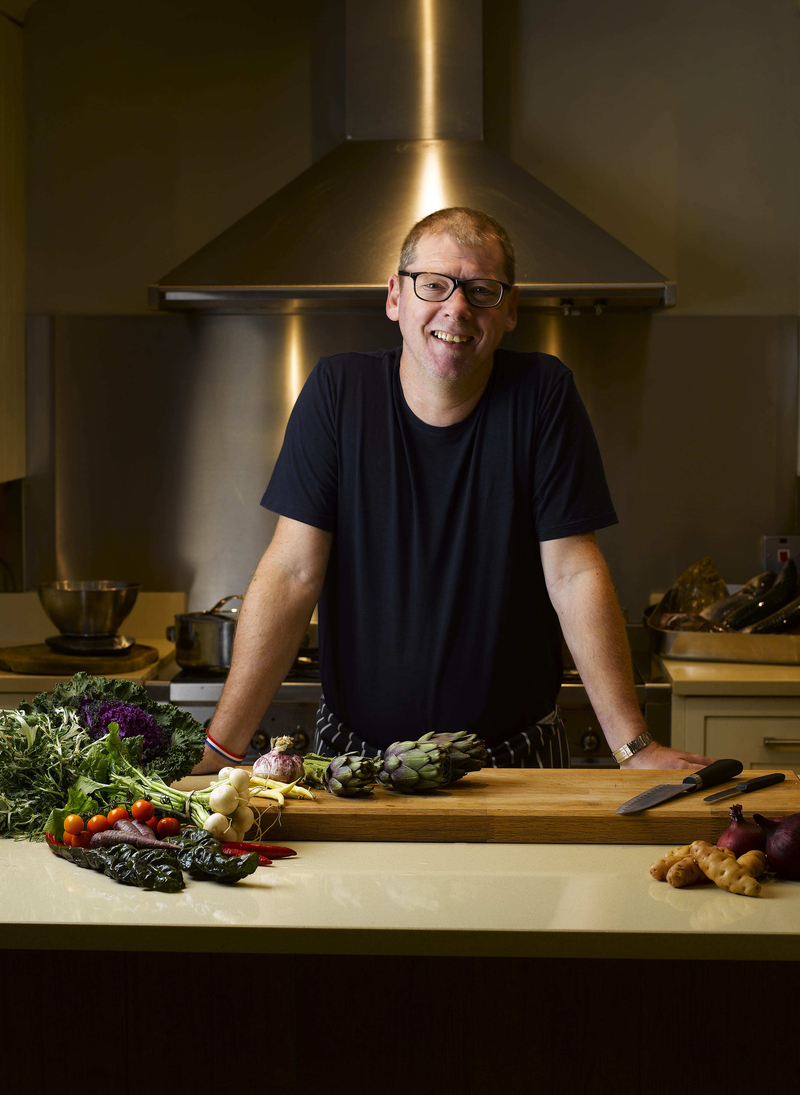 Forget Brexit, Lymm-based La Boheme’s Olivier Troalen is on a mission to revive the British public’s love of food à la française – and he wants your help. On Thursday 5th March, Oliver – who was born and raised just north of Paris – is launching a £50,000 crowdfunding campaign to create the ultimate guide to French home-cooking, called A Taste of Home. Olivier has selected over 70 recipes with simplicity in mind, along with professional ‘cheats’ to help make prep easier. In return for a donation, Olivier is offering supporters a range of awards, including a signed copy of the cookbook and a VIP invitation to the launch, which is chalked up for September 2020. Register your interest here. 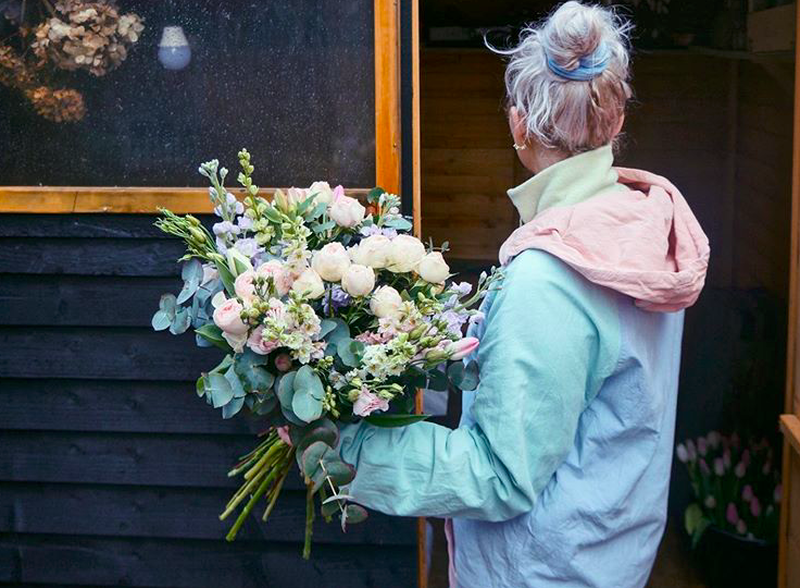 Cottonopolis is promising an “all female power line-up” for International Women’s Day on Sunday 8th March, joining forces with Manchester-based Diablesse Rum to showcase the talent of some of the young female entrepreneurs of the city from 10am until 8pm. Creative workshops (tickets here) will be held by Lucy Charlotte Jewellery and florists Bloom HQ, accessories and art shops from July Child and Small Fry will pop up, and a specially created cocktail list will be served, with a percentage of the proceeds donated to The Pankhurst Trust (in connection to Women’s Aid), all soundtracked by The Beat Boutique DJ collective. Also coinciding with International Women’s Day, on Thursday 5th March, Grand Pacific hosts a Tim Bacon Foundation charity dinner-dance to raise funds for Prevent Breast Cancer. Tickets are £50, with a £25 donation from each going to the charity, and includes a three-course meal, welcome cocktail and wine. 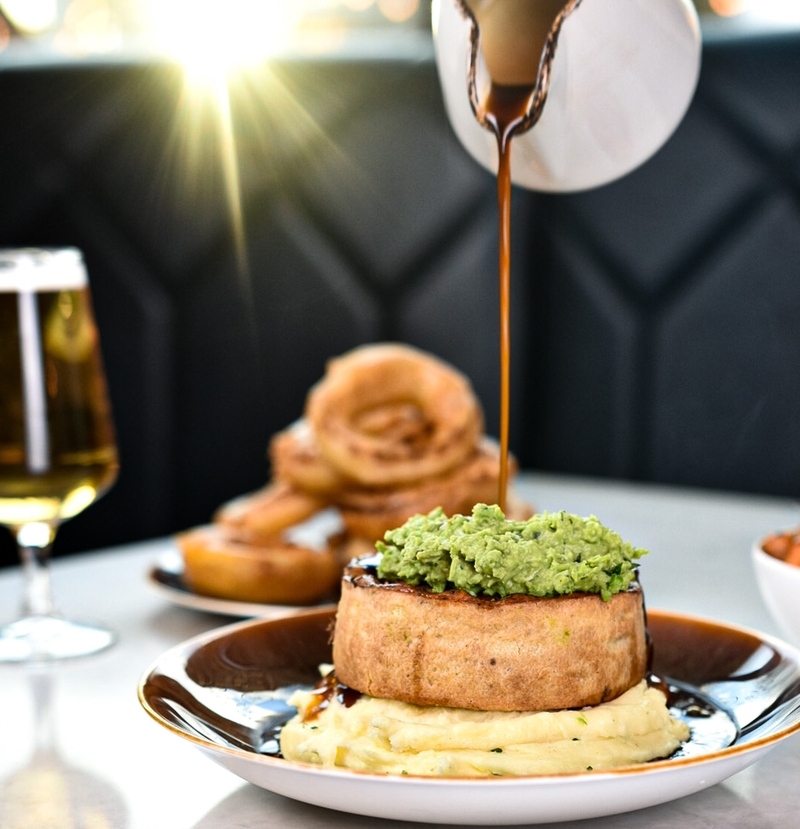 The pies have it

As February gasps its last, get over to The Dakota Grill before this month’s prix fixe winter warmer menu is swapped for a new theme in March. Right now, seasonal mains include Goosnargh duck breast with celeriac, kale and pancetta, with our eyes on the caramel tart (pictured top). Two courses are £20 or go for starter, main and dessert for £25, available daily from noon until 2.30pm and 6-6.45pm.

Elsewhere in luxury boutique hotel restaurant land, Mamucium has collaborated with award-winning Great North Pie Co. for National Pie Week (oh, here we go again). Actually available all month from Sunday 1st March, Mamucium’s bespoke Posh Pies menu will be available from noon until 10pm every day, and includes: pot roast chicken, bacon and peas; 14-hour braised local beef and ale; sweet potato, pearl, barley and kale, and classic Lancashire cheese and onion. A pie, your choice of side and unlimited gravy is £12.50 while the sharers board with four pies, all five sides and gravy will set you back £50. 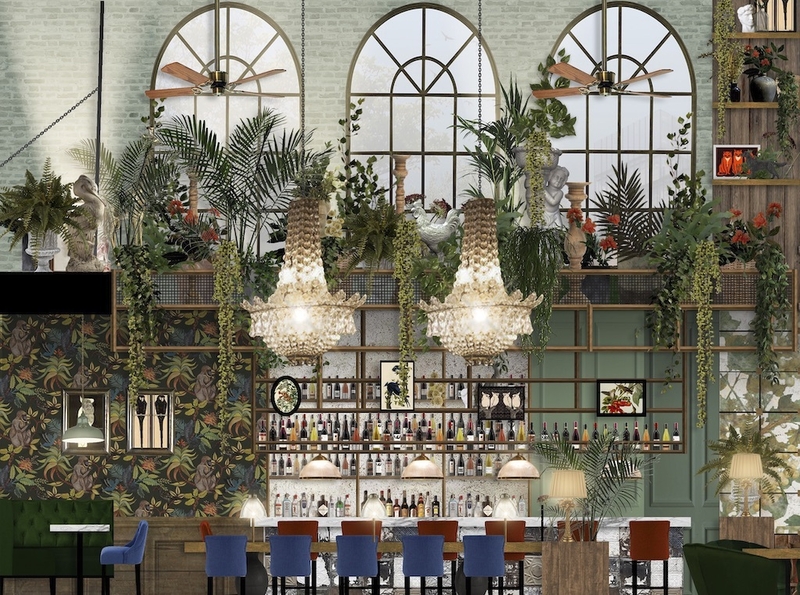 And the winners are…

From a shortlist of nearly 70 innovative and successful brands, there were a couple of notable Manchester winners in the prestigious Casual Dining Awards, which took place in London earlier this week. Bill’s in Spinningfields (pictured; designed by Focus Design) picked up praise as Best Designed Restaurant of the Year. Another Manchester venue that caught the judges’ eye included Dishoom, scooping both Best New Restaurant Site and also Restaurant Brand of the Year (1-19 Sites), which casual Indian restaurant Mowgli was also in the running for – their owner, Liverpool-based entrepreneur Nisha Katona MBE, was named Trailblazer of the Year.