Northern Quarter favourite has been taken over by expanding Leeds brewery

Kosmonaut, the popular Northern Quarter bar and kitchen, has closed for good on Tariff Street.

Speaking to Confidential, co-owner Joe Fearnhead (also founder of Alphabet Brewing Company) said the bar - which opened in 2011 and won Manchester's Best Bar in 2013 - had been sold to expanding Leeds brewery, Northern Monk.

Earlier this year, the award-winning brewers raised a whopping £1.5 million via crowdfunding in order to triple their capacity at their Old Flax Store HQ in Holbeck and open new taprooms in Manchester and London.

Northern Monk boss Russell Bisset told Confidential: "I was born and grew up in Manchester. Collectively we have lived, studied, worked and been born in Manchester - many of us would call it home. There is a great affinity and love for the city within our business.

"As we look forward to our first Tap Room outside of the brewery opening, there is certainly a feeling of homecoming and a great sense of pride about being a part of the city. Northern Monk Refectory MCR will open its doors this Autumn. We can’t wait to tell you all about it and share a beer with you there."

As for Kosmonaut's legacy, it is survived by its sister venue, PLY in Stevenson Square, and upcoming Swan Street 'beer den' the Quick Brown Fox - which has been anything but.

Still, Joe says QBF should be open in around eight weeks time. We'll have to wait and see...

Who's still delivering food and booze in Greater Manchester?
● / Drink

Who fancies winning a lifetime supply of lager?
● / Drink

Now seems a good time to learn about natural wine 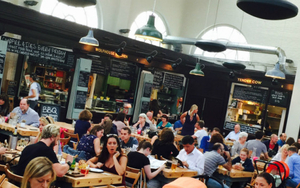 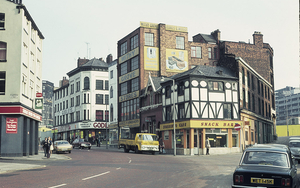 Bovril on draft and topless barmaids: What Manchester pubs were like in 1975

Jonathan Schofield is given a pub and bar guide from the past and doesn't want...

Bovril on draft and topless barmaids: What Manchester pubs were like in 1975
● / Drink 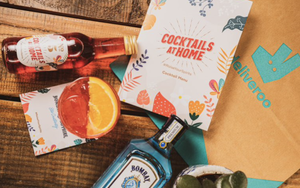 How you can still get cocktails from your favourite Manchester bars

Cocktails now delivered to your door from Cottonopolis, Cultureplex, The Jane Eyre and more… 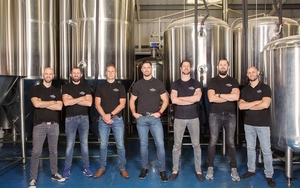