LGBTQ rights are fragile – there can be no looking back

Lib Dem leader, John Leech, points out that Pride is a time to defend gay rights

Millions from around the globe have visited our iconic Gay Village and danced away the night in Hollywood Showbar, a bar run by the late and irreplaceable Julia Grant – the first person in the UK to allow TV cameras to chart her transition from male to female. Even more have had their heart broken by Russell T. Davies’s ground-breaking Queer As Folk - written, set and filmed in Manchester - or tuned into the always fabulous Gaydio, still broadcasting from the heart of Piccadilly.

We will protect our right to love, no matter what

These are just some of the iconic things that make Manchester renowned as the world capital of diversity, spontaneity and love. But if we want to keep the shine on our halo, a serious commitment to LGBTQ rights from politicians is needed – and urgently.

A couple of the same sex was assaulted on a bus because they refused to kiss for their attackers’ amusement, and this is just one of the most recent instances of hate crime. Yet there are representatives in office who cannot be counted on to protect human rights

It is clear that action is needed urgently to defy those who, whether through physical violence or passive complicity, are actively undermining the principles of liberty and freedom in our city.

Manchester Pride is a key platform for continuing the fight for LGBTQ rights. It is the most celebrated Pride event in the UK, and speaks to Manchester’s values of tolerance and acceptance.

The Liberal Democrats are at the forefront of protecting these values and we are no stranger to the fight.

It was our Equalities Minister, the wonderful Lynne Featherstone, who made it possible for people of the same sex to marry in a truly historic milestone of our country’s progress. That day I watched with tears in my eyes as the first same-sex couple got married – what a moment.

Thanks to the unrelenting passion from my campaign team, after two blocked attempts I finally laid the Bill to successfully pardon Alan Turing and secure an apology for the man who is estimated to have saved up to 14 million lives by shortening the war by four years.

We then set about legislating for what is now known as the Alan Turing Law, granting a long-overdue pardon to more than 75,000 other men also criminally convicted for their homosexuality.

But that’s not all – these fights run in our blood. Back in 1975, we were the first party to commit to an LGBTQ-rights policy. We opposed Section 28, a clause in the 1988 Local Government Act that banned the ‘promotion’ of homosexuality by local authorities and in Britain's schools. We supported all transgender rights in the 2010 equality bill and called for the end of the gay blood ban. In fact, one of the first things I did when I was elected to Parliament was to pass a bill outlawing homophobic chanting at football matches

Only the Liberal Democrats have this legacy of unwavering commitment to LGBTQ rights and will bring it to Manchester.

We were the only party to commit to progressing LGBTQ rights in our local election manifesto.

We pledged to extend the Council’s Special Leave Policy to include those seeking gender reassignment-related appointments. This means they would be treated in the same way as any other medical appointment and that the employee would be given special paid leave, instead of unpaid.

Lib Dems believe that protecting LGBTQ rights extends beyond vague commitments and punchlines. We want to embed tolerance within our education, health and care systems.

The Tories have never really had a record on LGBTQ rights, but I was devastated to see Labour MP Roger Godsiff recently back protesters advocating against primary schools educating children about LGBTQ people. If Labour can’t even protect diversity in their own party, how can they be expected to protect the LGBTQ community in Manchester?

Lib Dems make no apologies for standing on the fundamental principle that LGBTQ rights and acceptance must be taught in schools.

But it’s not just the two big parties – Manchester has two Brexit MEPs who stand on a platform alongside the likes of Ann Widdecombe, who said that science could still find an answer to ‘cure’ homosexuality.

I won’t stand for this – and neither will the Liberal Democrats.

We will step up the fight for LGBTQ rights and make Manchester safer for people who identify as being part of that community. We will protect our right to love, no matter what. 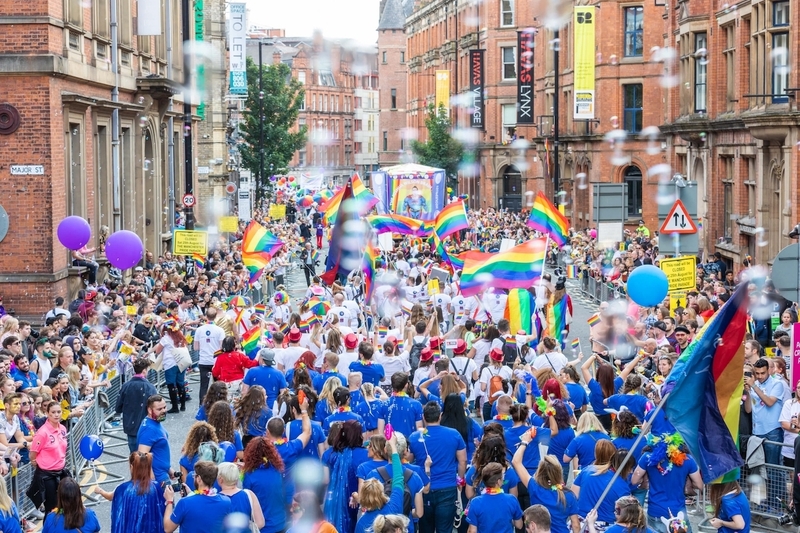 If someone so much as raises the question of reintroducing Section 28 in Manchester’s schools, it will be my personal priority to crush the idea. We will continue to advocate for transgender rights and campaign to make conversion therapy illegal. Even within our NHS, these issues are still pertinent: a recent report from the Thomas Reuters Foundation found that 20% of transgender people are still forced into conversion therapy.

We’re not afraid to call out injustice – we’ve done it before and we’ll do it again. In 2015, I was mocked for telling a constituent I wasn’t interested in their vote after they pledged to vote against me in the General Election because I was ‘obsessed’ with Alan Turing.

The rights the LGBTQ community has fought for and gained are relatively new, and therefore fragile. There can be no looking back and certainly no rowing back. We must not only protect these rights, but build on them. Lib Dems won’t just be a part of that fight – we will lead it until the end of time. We hope to see you there on Saturday!

John Leech is Leader of the Liberal Democrats in Manchester. He led the campaign to pardon Alan Turing and the 75,000+ other men and women convicted of homosexuality, successfully outlawed homophobic chanting at football matches and helped design the bill for same-sex marriage. He was awarded Patchwork’s first-ever MP of the Year Award for his commitment to the LGBTQ community.