Festive frivolities are over, bank accounts are starved and the weather is shit. Welcome to January, biggest perpetrator of the ‘winter blues’ and also home to Blue Monday (Monday 20th January) - statistically the most depressing day of the entire year.

Yes, it’s prime SAD time. And, with symptoms spanning low mood to lethargy and even reduced libido, ‘seasonal affective disorder’ really does live up to its abbreviation.

Fortunately, there’s light at the end of the proverbial tunnel with our blues-bashing roundup… 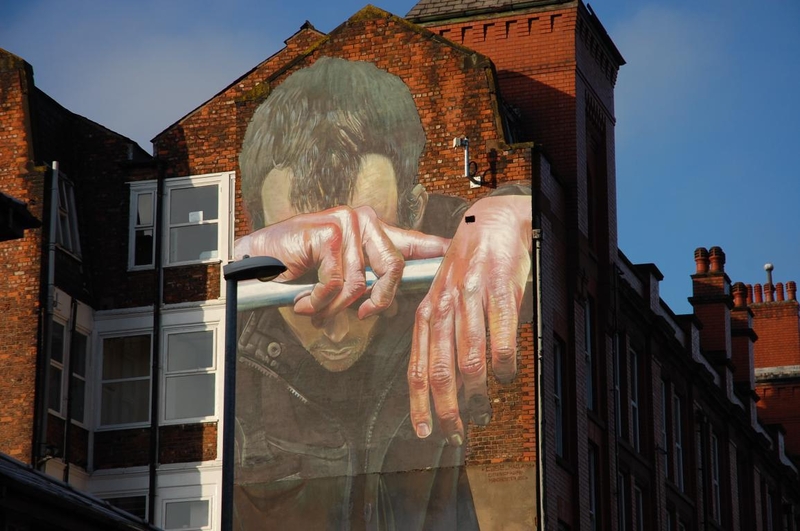 According to health promotion consultant Dr Nick Cavill, "if exercise were a pill, it would be one of the most cost-effective drugs ever invented.” Not only does regular exercise lower your risk of developing long-term chronic conditions, from heart disease to certain cancers, it’s also an unbeatable mood-booster; decreasing stress and depression and improving sleep for starters. Add in that old ‘fresh air’ cliché and you have a wonder drug to trump all others.

Manchester city centre has limited green space for a stroll but there are some lovely parks roundabouts, from Peel Park (less than 10 minutes away) to Heaton (less than 20). Live elsewhere in Greater Manchester? Check your local council website for inspiration…you may discover a nearby beauty spot you didn’t even know about. And of course the surrounding countryside promises day trips aplenty - Yorkshire Dales, Peak District and Rawtenstall to name but a few.

Prefer to set yourself a challenge? Gung Ho, the world’s biggest inflatable 5K obstacle course, and Great Manchester Run (Europe’s largest event of its kind) are both coming up, while Red January has loads of ideas on getting active.

Or for something a little more lowkey, how about some ecotherapy. RHS is currently offering gardening grants, a great opportunity to transform an unloved community space, or check out mental health charity Mind for opportunities near you.

You know what they say about laughter, and you’ll find guffaws galore at Bongo’s Bingo Blue Monday special. There’ll be all the usual madness (big cash prizes, $hit prizes, awkward dance-offs, impromptu raves…) and you’ll be supporting the Campaign Against Living Miserably aka CALM.

The Crystal Maze is also saying ‘bollocks’ to Blue Monday and beyond, with a week-long special from Monday 20th to Sunday 26th. Spot the special blue crystals, with the chance to take one home, and follow the attraction on Instagram for the chance to win an exclusive £150 hamper; instructions on entering will announced on Monday 20th.

Fancy a cheap getaway? The KLMood Booster - a ‘joy dispensing machine’ from Dutch airline KLM - might be the ticket. Visiting Piccadilly Station on Wednesday 22nd, it’ll dispense everything from caramel waffles to massages and, yes, even flights.

As for dining out, our whopping list of January restaurant deals should see you right. Veggie or trying Veganuary? See our list of perfect places to get your plant-based fill. And on Blue Monday (20th January), all food at The Oast House will be on a pay-as-you-feel basis from 12-10pm - with all profits to Campaign Against Living Miserably - while Alston Bar and Beef will be offering two steaks for just £20.

When you’re feeling crap, it’s tempting to revert to sloth mode - aka sleeping and eating. But, as with most temptations, there’s a much healthier alternative. In this case, that’s ditching the duvet and engaging in something more proactive than emptying the biscuit jar.

Starting a new hobby not only motivates you to get out and meet new people (and friendships are another vital piece of the mental health jigsaw) but is essentially exercise for the brain. Which, of course, has another plethora of health benefits - not least making you feel happier.

From wakeboarding to pottery and even hacking, check out our article on fun adult classes. Manchester Art Gallery and The Whitworth both host arty wellbeing events, or give those vocal cords an airing and join Manchester’s very own mental health choir Bee Vocal.

Think meditation and you probably think orange robed monks, spiritual chants and incense. But modern meditation is a whole lot more accessible than a pilgrimage to the outer corners of the globe. For as little as £3 and taking just 10 -25 minutes of your time, The Kadampa Meditation Centre (Portland Street) offers short lunchtime meditations, while Sahaja Yoga runs free meditation workshops weekly.

For something a bit wackier, you could even try a floatation bath; a futuristic container filled with salty water that buoys your body, whilst music and flashing lights lull you into a serene sleep. Bathing ritual of the future or just a cool gimmick, a one-hour session is sure to help you chill out.

Oh and, needless to say, give yourself a digital detox. Yes that does include social media scrolling…

Fact: doing good isn’t only helpful to others, it makes us feel good too - and what better start than donating? You don’t have to go 100% Marie Kondo but clearing out those wardrobes is undeniably therapeutic and you’ll be helping those in need to boot.

The Mustard Tree homeless charity welcomes donations of quality bedding and household items, whilst The Wood Street Mission accepts a wide range of children’s items. Manchester’s Foodbank has a range of drop-off points to donate unopened food across the city centre and south Manchester - if you can’t make it to one physically, then the OLIO app connects you with neighbours and local shops to giveaway and share unwanted food.

More time than money? Manchester City Council has a host of volunteering opportunities, from libraries to homeless charities and even police. Animal charities, meanwhile, include Society for Abandoned Animals, The Donkey Sanctuary, Dogs Trust and Manchester and Cheshire Dogs’ Home.

Read: What is Manchester doing for mental health?

Read: Manchester Mind: It was quite edgy at times…but we believed we could achieve great things and we did