The Brexit Museum is real... and it's all Sleuth's fault (sorry)

Back in 2012, Confidential ran a story about the vault in the basement of the then new Jamie Oliver's Italian on King Street - formerly the Midland Bank. The story detailed how over a million pounds worth of abandoned goodies (and a gun) had been discovered in the old bank vault - which was once used to stored everything from diamonds to Joy Division/New Order mastertapes.

A good story, but nothing spectacular. That is until the story was spun around the world wide washing machine of internet babble and churnalism, culminating in this headline from the Metro:

Sleuth did have a good laugh about that one. It was fake news before #FAKENEWS!!! Surely this couldn't be bettered. Well...

You may remember on 1 April, Confidential ran an April's Fool by Sleuth, explaining how part of Manchester Town Hall's £300m refurbishment would include a dedicated Brexit Museum.

The museum, wrote Sleuth, would keep Manchester 'at the heart of Europe' (even though it wasn't), 'save the taxpayer £350m a year' (although nobody knew where this number came from) and include exhibitions such as 'See if you’re part Irish (and get an EU passport)' and 'My Border's So Hard: Do You Want To Sit On It?'

Funny eh? But not a serious proposal, no no, surely not. It's an April's Fool joke, after all. Surely even the most committed Brexiteers couldn't really think that a Brexit Museum is a good idea.

MUSEUM OF BREXIT IS ANNOUNCED

Step in former UKIP spokesperson, Gawain Towler (pictured top, stuck in a fence), who, a week or so after Sleuth's April Fool, announced plans for a new project called, wait for it... 'The Museum of Brexit'.

And before Sleuth could stop laughing, it was everywhere; The Financial Times, The Evening Standard, The Times, The Express, Esquire, TotalPolitics.com, The Guardian ran three separate stories.

In The Independent, Tom Peck wrote: 'The idea of a National Brexit Museum, which is under serious consideration by leading Brexiteers, appears to have started life as an April Fool’s joke in Manchester. Such is the disappointment 10 days later that plans for a Snog, Shag or Punch stall featuring Ken Clarke, Chuka Umunna and Jacob Rees-Mogg were not in fact real, that they are planning on setting one up themselves.'

...we were planning to do it anyway

Naturally, Sleuth was confused and perturbed. Not only was this all his fault, but they had taken his April Fool and flipped it. The joke was now on him. This wouldn't do, so Sleuth called Mr Towler (Sleuth did actually call Gawain Towler), who said:

"Sorry, it's nothing but a coincidence, we've been talking about the museum down the pub for over a year now."

Hmm, thought Sleuth. So had he seen the April Fool?

"Yes, we actually thought it was quite funny," said Mr Towler. "That's why I referred to it in my Telegraph article "

"So let me get this right," said Sleuth. "You read the April's Fool about the Brexit Museum, the first mention of such a thing anywhere, then nine days later announced plans for your own Brexit Museum - but the two are unconnected?"

"Yes, we were planning to do it anyway," said Mr Towler.

Right you are. For the record, here are three more things that Gawain Towler and his Brexit Museum chums have been planning down the pub for over a year now... yes that have:

1. To co-ordinate military strikes by the US, UK and France in Syria.

2. To harvest the personal data of 87 million Facebook users in order to win Trump the White House.

3. To all get off their tits at Aintree and be pictured falling about in The Mirror with their arses out for

Plus, Sleuth’s Signs Of The Week... 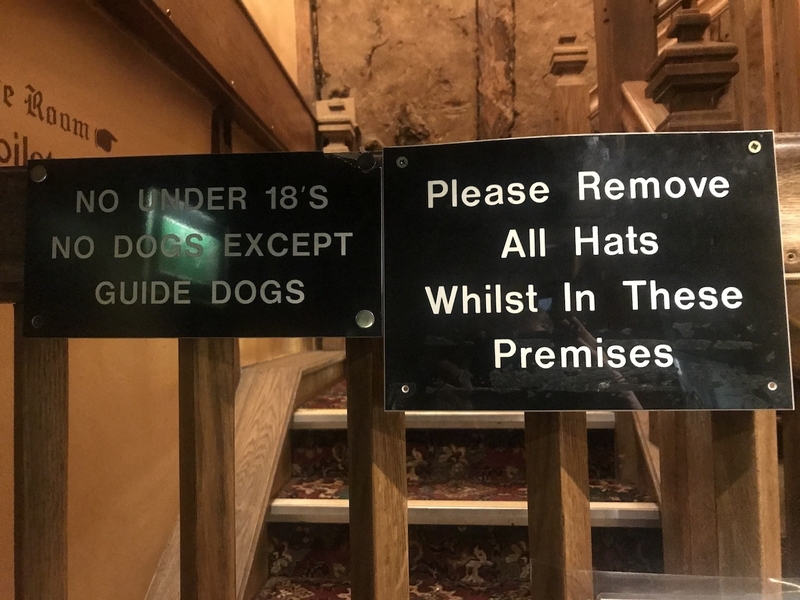 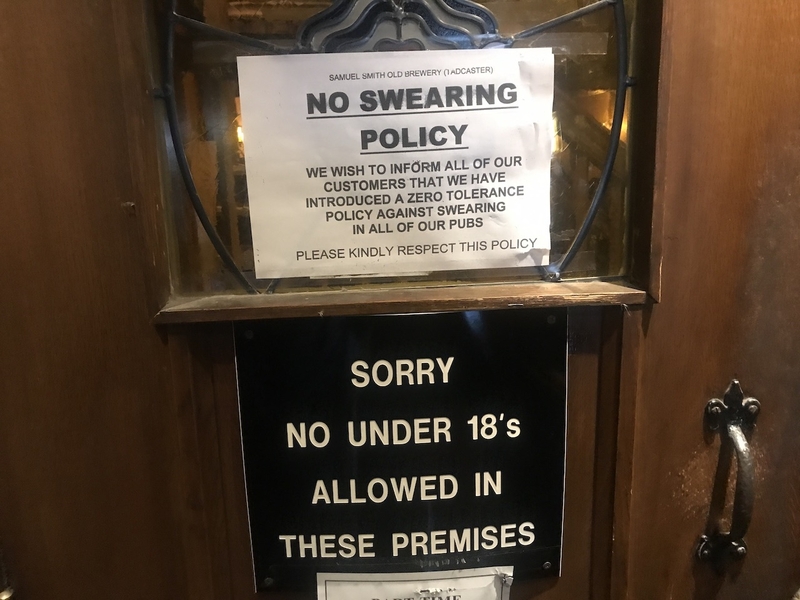 Sleuth likes to get out to Chester occasionally to see how the country folk live. In the Old Boot Inn (an apt name if there ever was one given the customers) he was assaulted by the world’s largest array of ‘no’ signs. You weren’t allowed to bring in dogs except guide dogs, wear sportswear, tracksuits or jogging bottoms, smoke or vape, be under eighteen, swear or wear hats. So Sleuth was happy to see a blind man walk in with a five-year-old guide dog. The dog was vaping, wearing shorts, a trilby and cussing like a sailor. 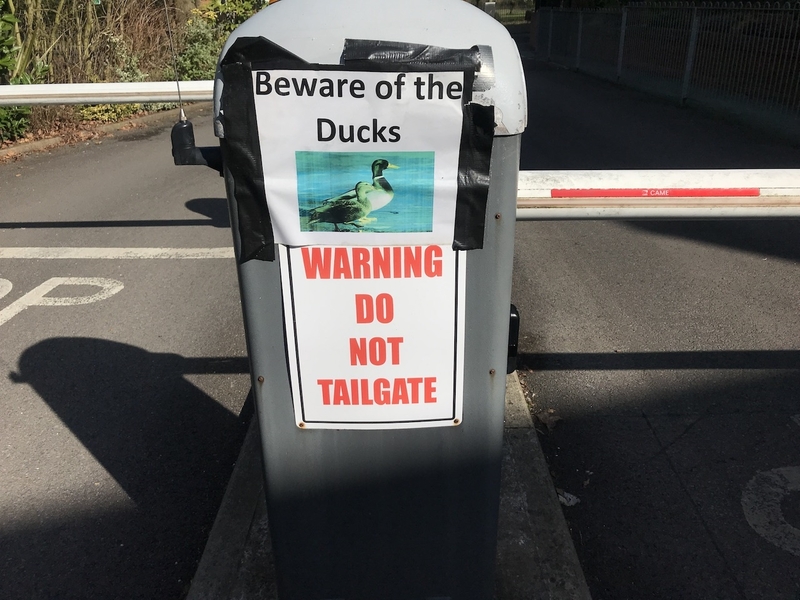 Sleuth found this coming out of the car park at Manchester High School for Girls. It’s well-known that privately educated females are all given a duck to assist in their education. Well-known. Sleuth is also pleased the sign gives a picture of a duck, just in case vehicle owners don't recognise them. 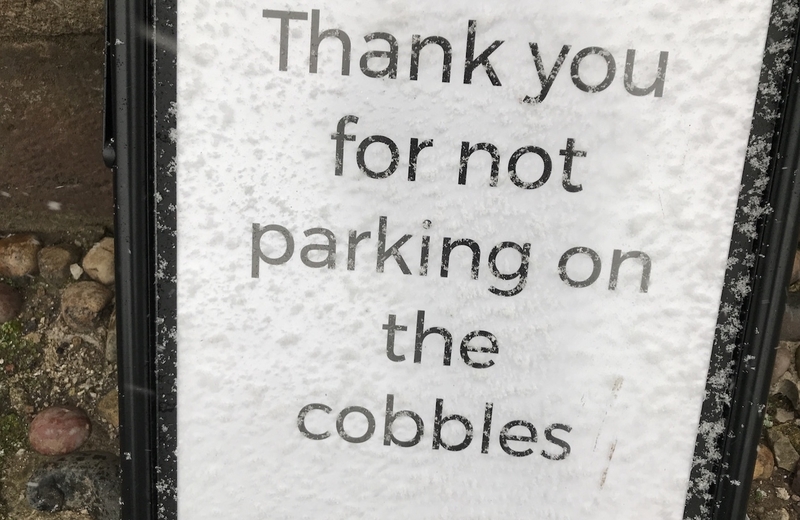 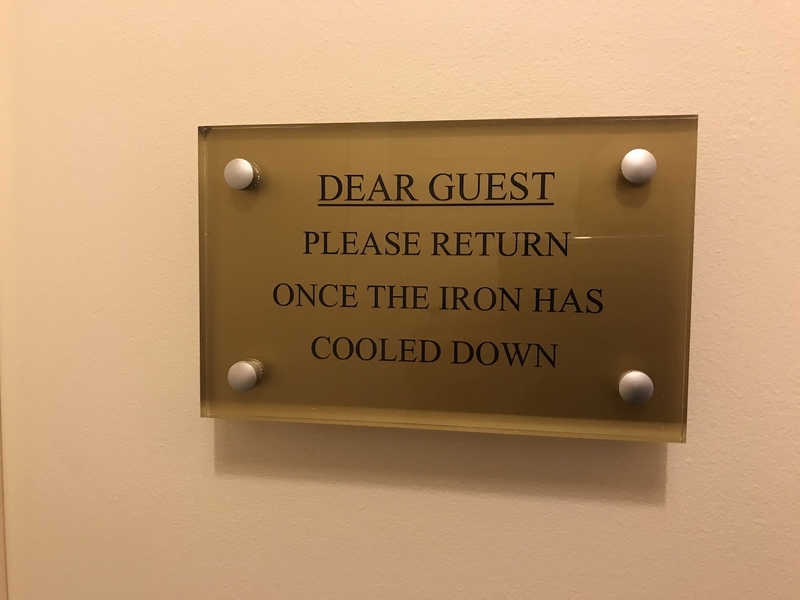 Sleuth was staying in a local bed and breakfast recently. He’s seeking interpretation of this sign. Isn’t the point of an iron to be hot? 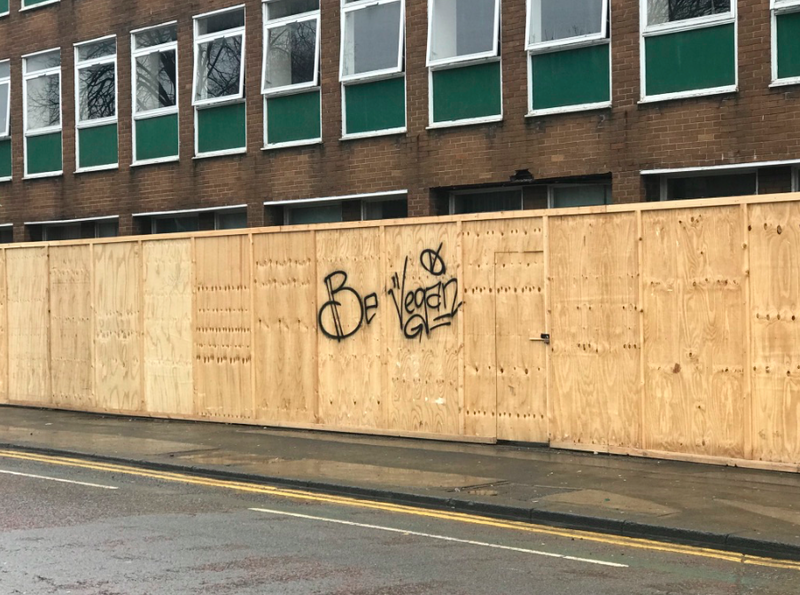 Is this the most Chorlton graffiti ever? 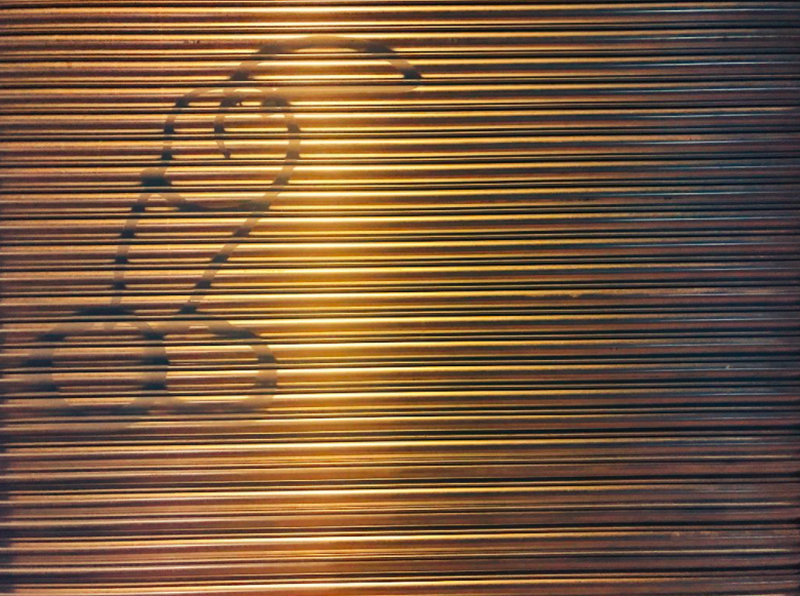 Deep, beautiful, thought provoking street art on Wilbraham Road (is that a frisbee?)