YOU could base the plot of a novel on this.

While swanning around Jamie Oliver's beautiful new Manchester restaurant on Tuesday we came across something that used to be 'bootyful'.

So the Bank of England came up and drilled the boxes open. And found £1.1m in jewellery and deeds and assorted goodies.

This was the Vault in the basement of the 1935 bank.

The Vault had been a steel reinforced fortress for the valuables of Manchester folk for eighty years.

Now, in a change of use that architect Edwin Lutyens could never have imagined, it's going to be a venue for exclusive dining.

The way these worked was simple. For each box there were two keys both of which had to be used to unlock the box. The person who rented the box had one key and the bank manager kept the other. Lots safer than one person alone having access. Goods came down a protected shute into the Vault.

There was all sorts stored down here from gems and gold to the master tapes of Joy Division and New Order (thanks to John Drape for the latter fact).

When the bank was decommissioned prior to the restaurant refit a problem became apparent.

Some of the boxes hadn't been emptied. They still contained valuables but the owners or their descendents couldn't be traced after exhaustive searches.

In cases like this the big boys are sent for.

So the Bank of England came up and drilled the boxes open.

And found £1.1m in jewellery and deeds and assorted goodies.

This went to the Treasury. Confidential wonders if some of it has helped pay off the national debt - partly caused by over-enthusiastic bankers.

But the Bank of England found something else too.

They found a gun. A shooter. In a safety deposit box.

As we said, you could base a novel or a TV programme on working out a scenario for how the gun ended up there.

At Confidential we wonder what the bank manager at the time would have made of it if he'd known what was going to be stored in his fortified, steel vault? 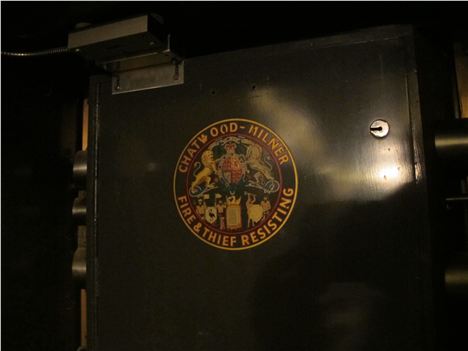 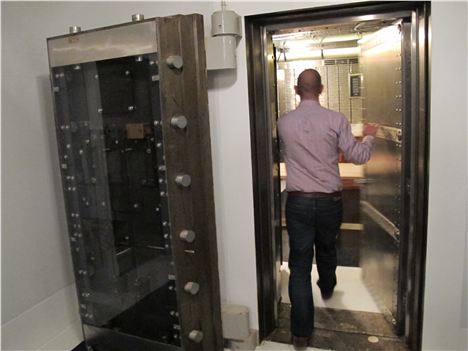 Entrance To The Vault, Look At That Door. Don't Attempt A Runner 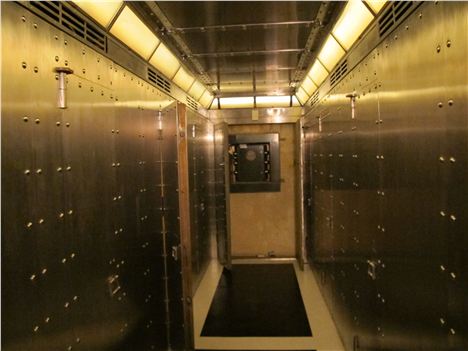 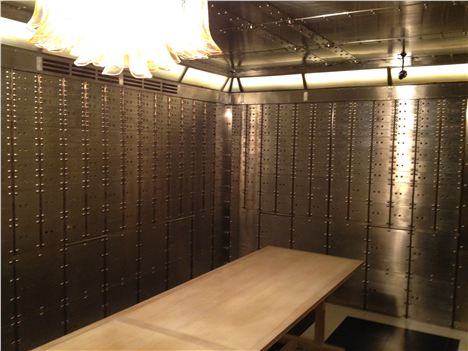