‘So what sets them apart?’ - Honest Burgers, Bridge Street, reviewed

REMEMBER your first time? The-40-Year-Old-Virgin has nothing on me. I was well into my fifth decade before I pushed the button on saucy patties and buns. In my purism I never developed a passion either for hip-hop, trainers or computer games. No regrets.

So back to my burger debut. They were queuing around the NQ block in Almost Famous’s halcyon early days and I got a VIP booking. Nonchalantly two hours late, I sauntered past the throng… to the table they had sportingly held.

Did the earth move for me? Underwhelmed, really, but I have surfed the ‘dirty food’ zeitgeist ever since – from Solita’s gob-stretching stacks to V-Rev stuffing seitan between donuts in the deepest circle of plant-based hell.

The burger I have constantly treasured throughout is upmarket Hawksmoor’s. Here proper beef is chopped rather than minced, then seamed with bone marrow, Ogleshield providing the molten cheese. I even replicate it at home from their trusted recipe.

Hawksmoor’s co-founder Will Beckett recently confessed how close they were to getting their opening up here wrong: “Our worst case scenario was that the industry in Manchester would think we were a bunch of London wankers trying to show them how it was done.” So, on local advice, they abandoned any plans to namecheck The Haçienda. Hearteningly, unlike other incomers, they also never created a cocktail special in homage to the bee or tried to convince us one price covers all for both a burger and a lobster. 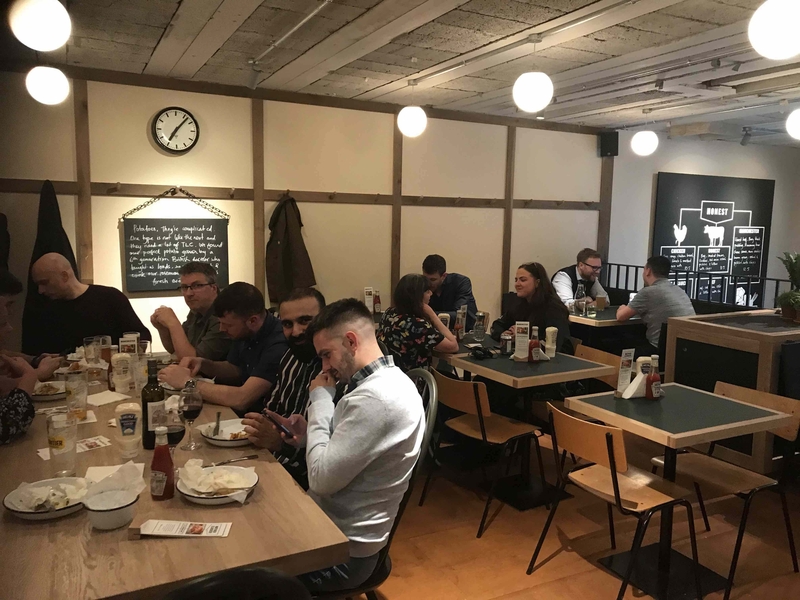 What makes it a rival for my affection alongside Hawksmoor’s is the pinkness of the pattie. Health rules demand commercial burger meat must be served well done. Shades of the Mad Cow Disease scares back in 1990 when Agriculture Minister John Selwyn Gummer famously fed a beef burger to his four-year-old daughter to prove UK beef was safe. Honest Burgers circumvent current strictures because co-owners Philip Eeles and Tom Barton run their own butchery. This guarantees standards enabling them to serve the meat rare to medium and the burgers benefit significantly.

All the burgers come with triple cooked rosemary salted chips, once described by critic Jay Rayner as the edible equivalent of crystal meth. I go a little cold turkey on them but I could happily mainline on their onion rings (£4), non-greasy, essence of sweet allium, while a £3.50 side of little gem, rocket, radish and fennel was punchier than expected.

Three further burgers were tackled over two separate visits. ‘Plant’ features cult US vegan protein brand Beyond Meat, the one that Leonardo di Caprio invests in. It would be trite to say it’s a Titanic disappointment but I’m just not sold on meat substitutes, even when they replicate a bloody pinkness. Plant-based cheese, too, yuck. Here it’s vegan smoked gouda with the rest of the ensemble mustard, red onion, pickles, lettuce and Rubies In The Rubble Chipotle ‘Mayo’, with aquafaba (chickpea cooking water) as a substitute for eggs. Unengaging on the palate for £13.50.

It was a relief to turn to Tribute (£11.50), their standard Honest Beef number tweaked with bacon, American cheese, burger sauce, French’s mustard, pickles, onion and lettuce with, of course, rosemary salted chips.

Altogether more ambitious is a one-off burger available across all the chain until May 26 – their Spring Special (£12.50). Key seasonal ingredient here is wild garlic (‘foraged by Vernon’ and turned into pesto) all the way from Somerset like the Montgomery’s aged Cheddar. Free-range, organic streaky bacon is supplied by Helen in Wiltshire. This triple sourcing is via Farmdrop, London-based farm-to-table suppliers across the chain.

It was another superior burger, though the long-distance pesto lacked intensity. Perhaps a good thing? So omni-present on menus at the moment – a case of Ramson’s Revenge for when we used to ignore its heady allure? Not me. As you probably guessed I was in love with wild garlic years before the burger came into my life. 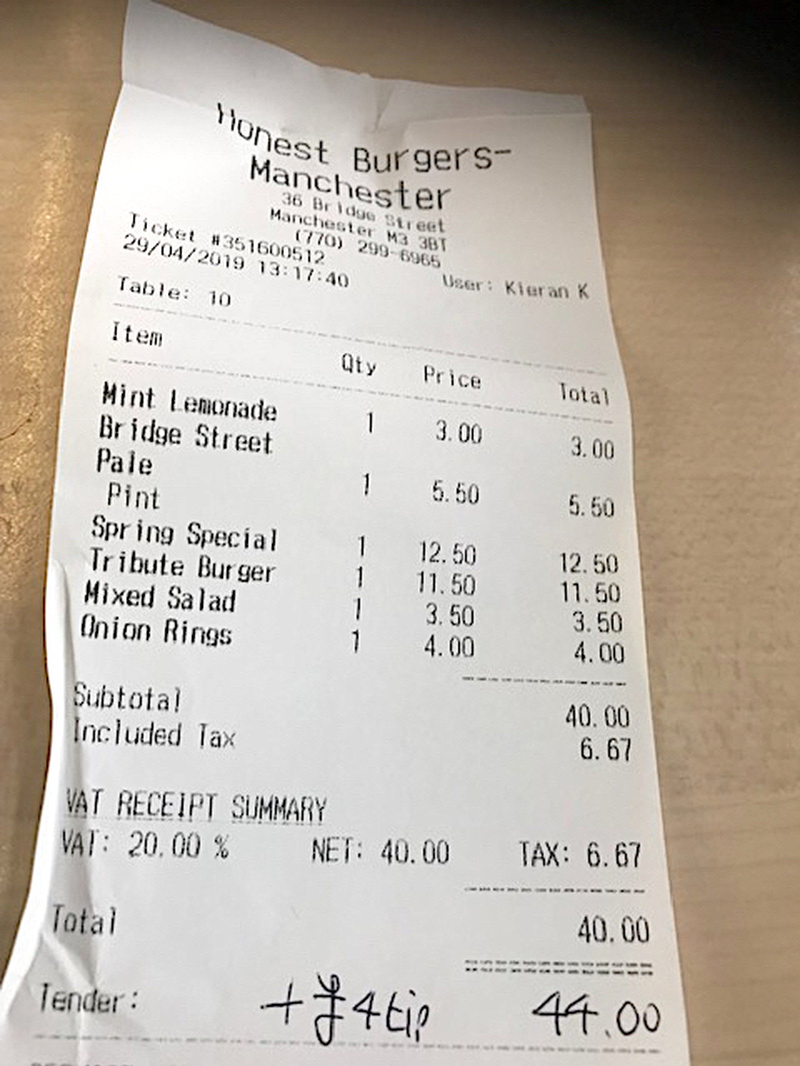