Neil Sowerby pops in to the four month pop-up in The Bungalow, facing the Village

BE careful what you wish for. One of the KAMPUS developers, interviewed at its inception by my colleague Jonathan Schofield, said an inspiration had been Copenhagen’s Free Christiana quarter. Well, it beats yet another pallid homage to New York’s Meatpacking District, but it was almost like he’d been on the wacky baccy.

Shift to fewer slabs of protein, elevate the finest quality veg and grains to centre stage, respect the earth is the message

I’ve been to this autonomous hippy township, shrouded in a perpetual miasma of pungent weed. It doesn’t tally with our new £250 million neighbourhood due to come on stream early next year. Then the first pioneers will take possession of its 533 apartments overlooking Manchester’s first truly tropical garden.

Don’t expect rusty communal bikes and wall-to-wall graffiti to form part of the package. No anarchy in this UK. On that same trip to the Danish capital I also ate at Relae, an indie offshoot of Noma and once a fixture in the World’s 50 Best Restaurants. That’s where Joseph Otway served his Nordic culinary dues before decamping to Stockport in 2018 to become head chef at Where The Lights Gets In, which shares a similar organic, minimalist approach.

All that nous now transfers to KAMPUS and his team’s four month Higher Ground pop-up in The Bungalow, a former security cabin on stilts facing the Village across the Rochdale Canal. After dark this does feel appropriately edgy and Christiana-like but it is still just a building site blocking off a towpath.

Inside Higher Ground exposed brick replicates WTLGI but, at just 30 covers, it feels cosier. From our window table Canal Street looks positively twinkly. There’s a sheen too to the first dish of the £35 tasting menu we’ve ordered; near-transparent discs of celeriac given a ceviche style treatment with Spanish orange and bay leaf. On the plate it resembles a recumbent jellyfish. Like much that is to come, the dish is a celebration of how good vegetables can taste when they are the best sourced they can be.

Like celeriac, carrots can also be elevated to stardom. Here it happens because they are steamed over spent grains left behind after the brewing process at Cloudwater, imparting a sweet, boozy flavour that marries thrillingly with a sea buckthorn hot sauce.

Home-smoked cod roe and soft leeks is a more conventional dish, the roe a gentler cousin of taramasalata (and not vomit pink). It’s followed by a rarebit called N-DO-YA Rye-bit that is molten dynamite. The base is toasted rye from Pollen, an obvious choice, but the topping is given savoury oomph via Made In The Shade stout from fellow locals Track and, wild card in the cheese mix, paprika and chilli-heavy nduja from Brighton’s outlaw charcutiers Curing Rebels. Still under 30, Joseph’s roots are in Brighton.

Then veg returns. Slices of au naturel chestnut mushroom with greens and preserved currants is a more understated dish, yet quietly addictive. All these plates are available individually for between £7 and £8.50. For a premium £12 comes pork shoulder braised in milk, sage and fennel seed, which arrives as a main with separate plates of potato mash and onions.

Marcella Hazan, doyenne of Italian food chroniclers, had a signature pork loin dish called Miaile al latte, that used milk and sage but here the meat has obviously been cooked longer and arrives pulled in a puddle of herb sauce. It’s exquisitely matched by a dish of baked Bagthorpe onions and yeast – very WTLGI – and a swirl of creamy Carroll’s potatoes topped with a rye crumb.

The menu is avid to attribute its sources. Carroll’s are highly regarded heritage spuds from Northumberland; Bagthorpe is a stalwart organic farm in Norfolk that supplies Unicorn in Chorlton. Joseph describes their onions as the sweetest around. Oysters that feature in another potato dish are shipped up from Porlock Bay in Somerset, while internationally acclaimed forced rhubarb, perfectly in season now, is sourced directly from Pudsey-based Robert Tomlinson, whose family have been farming it for four generations. Here it joins almond and custard in a comforting, bubbling pud.

This parade of finely tuned, obviously evolving dishes is matched by a predominantly natural wine list, as you’d expect, while Cloudwater contribute craft cans and one of their sodas, a pineapple and yuzu number. There’s also Oloroso, Armagnac, Mezcal and Calvados in a drinks list addendum entitled ‘more fun things.’

We went wine by the glass, affordably priced – a citrussy, almost crunchy Luneau-Papin Muscadet, followed by two reds, a vibrant Valli Unite co-op Barbera (with a good splash of Dolcetto in there) and a more substantial Domaine des Terres Falmet Carignan from the Languedoc with oodles of dark fruit.

All these wines are the product of their organic terroir and the vignerons respect for it. Which brings us neatly to how Higher Ground came about. It’s a collab between Joseph and Richard Cossins, the seeds sown across the Atlantic at a restaurant on a farm in upstate New York. Blue Hill at Stone Barns is the (literally) groundbreaking project of farm to table guru/chef Dan Barber.

With a messianic zeal, his book The Third Plate champions organic flavour-driven produce as a meal focus. Shift to fewer slabs of protein, elevate the finest quality veg and grains to centre stage, respect the earth is the message. To see what can be achieved on the plate, check out series one, episode two of Netflix’s Chef’s Table. The movement is mirrored over here by Simon Rogan’s Cumbrian farm and more modestly by WTLGI chef/patron Sam Buckley’s own farm project.

It’s all about connections. Richard Cossins, who worked for Rogan at his London ventures Roganic and Fera, was general manager of Blue Hill at Stone Barns when Joseph arrived as fish chef there pre-Relae. On the evidence of this meal, together in Manchester they are proving that less can be magnificently more, even if they don’t have access to their own farm. Maybe there’ll be a banana crop from Kampus’s tropical garden. Sadly Higher Ground will be long shifted by then. My hope: to a permanent site in the city where, who knows, it might even rival Mana. Now there would be a thing.

Like this? Read - Six of the best things to eat in Manchester – March 2020 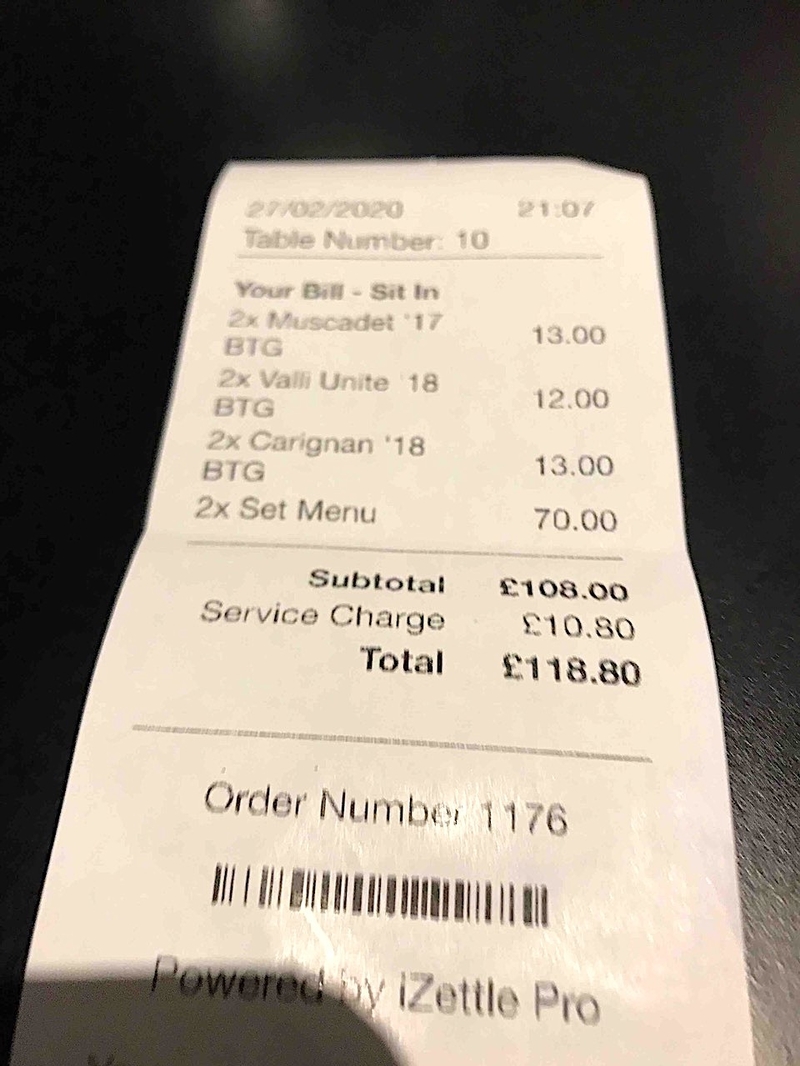