Week 43: in which Sleuth stages a Spiderman protest

Sleuth sees we have a new frontrunner for 'Wanky Press Release of the Year', following the exemplary example set by new Peter Street bar, Impossible, earlier this year with their ‘Impossibubble lickable Champagne bubble generator' drivel. And who else but Champagne makers to really take things to the next level. Take it away Perrier Jouet...

'In a world that is becoming increasingly virtual and with urban life tending to be uniform and grey, nature is seen as a powerful means to escape and dream, fulfilling a craving for beauty, softness and a little wildness.

'Garden of Wonder by Perrier-Jouët brings to life the idea of utilizing nature to reintroduce beauty into urban environments. Highlighting the concept of ‘rewilding’, the garden at the heart of The Refuge will feature flowers, plants, herbs, grasses, miniature trees and flowing water which are animated by a breeze that gently billows across them.

'This exquisite habitat will ignite the senses... with a focus on sustainable beauty, the campaign draws on inspiration from the natural world, highlighting both the fragility and extraordinary strength and beauty of the earth...'

Stop. Sorry. Can't go on. Sleuth ran that lot through his PR bollocks translator and came back with this:

'Sit around a big plant box at The Refuge and drink champagne.'

"We did our research, made a few trips up here, and Huw finally comes to me and says 'I've got it, I know how we can avoid being seen as London wankers, I've been reading about this place, this club, I think we should mention it on the menu... it was called the Hacienda'."

"Luckily, our Manchester staff soon shut that idea down and here we are, almost three years later, a pair of London wankers who narrowly avoided becoming even bigger London wankers."

REMEMBER FOLKS, BE WARY OF HACIENOSTALGIA

Watch out for this condition increasingly afflicting the city's middle-agers. Known as 'Hacienostalgia', symptoms include a lack of desire to move on with life and a tendency to think everything now is shit. There's only one known cure for 'Hacienostalgia': take loads of e's and get off your head freaky dancing outside 15 Whitworth Street West shouting 'Top Banana'.

As part of the marketing for Manchester's new Meadowside property scheme, the developer has brought together a number of smiley, young, creative and entrepreneurial locals on their website to sell the identity, culture and values of Manchester to potential investors. Oh and this angry-looking, 40-something man from Oi Polloi with a greying beard, hood and baseball cap. 'Welcome to Manchester, now f**k off.'

Sleuth decided he was fed up with lots of things: Brexit, Trump, North Korea, Metrolink's Get Me There Card, filth in Chinatown, Hacienostalgia, the fact he can't drive down Oxford Road, and particularly how much smaller Mars Bars are these days. So he donned his superhero outfit and went to squat in Manchester Art Gallery in protest. It was a rubbish protest. Problem was everybody just thought he was an artwork.

Nobody was listening to Sleuth. So instead he gathered his massive inflatable alien tentacles from the attic and stuck them to the top of Kendals on Deansgate in protest. It was another rubbish protest. Problem was everybody thought it was a Halloween artwork.

WHERE LUPO SHOULD GO GO

The best Italian coffee house in the North has been forced to close on Chapel Street. Sleuth ain't happy, and has been racking his brain for somewhere for Nico from Lupo to go go. Where could he go? Easy. The nearly always empty reconstructed Roman gatehouse in Castlefield. Obvious. Italian. Roman. Buonissimo.

SLEUTH WAS HUNGRY, BUT NOT SATISFIED

Occasionally, when you’re starving hungry nothing quite satisfies as much as a large red refuse collecting lorry. But just as Sleuth was about to tuck in he noticed the red sign and turned away disappointed. Shit, back to oysters and foie gras. 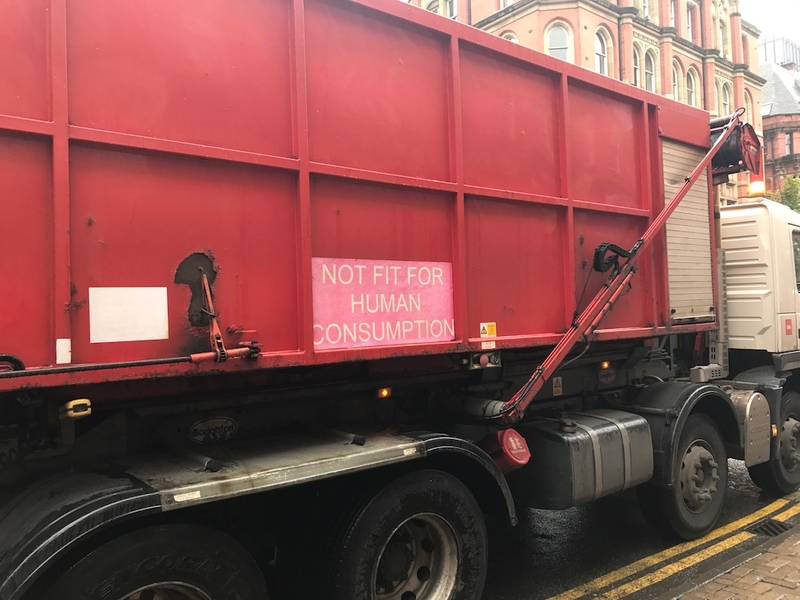 Actually Sleuth went to Mei Dim instead, his favourite Chinatown dim sum restaurant. It was very busy, standing room only, except in the gentlemen’s toilets, where you weren’t allowed to stand. 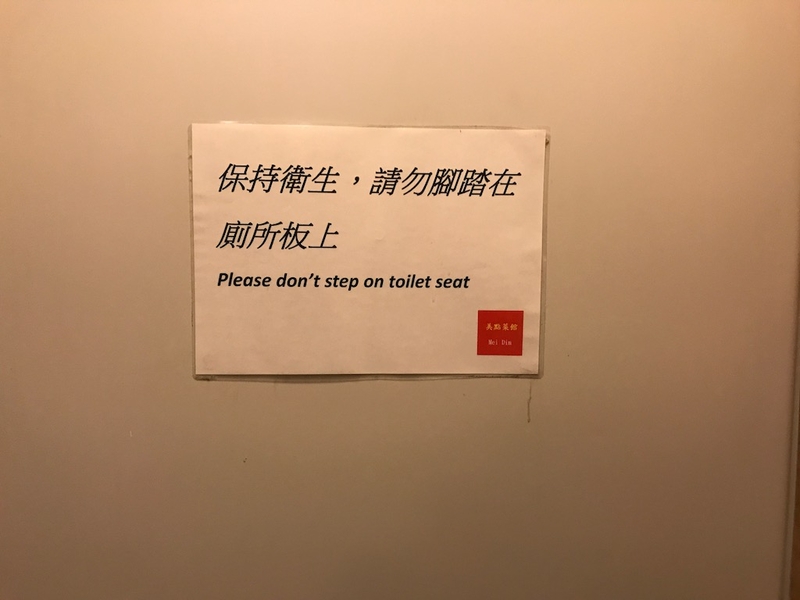