MITAL Morar’s Twitter bio describes him as a ‘shopkeeper’ and a ‘shelfstacker,’ which is a very modest way of saying ‘regenerative force of nature.’ At least when it comes to Manchester retail spots that have, shall we say, hit a bit of a slow patch.

The formula started with Ancoats General Store, a corner shop that somehow retained its ordinary roots while tapping into a bit of urban cool, by fitting out the shop in plywood and serving up oat milk lattes while still selling cornflakes and cat food. In telly terms, it’s as if the cast of Euphoria had been imported to Coronation Street and had made cobbles and knicker factories somehow totally aspirational. It’s a stroke of retailing genius.

Since then, Morar has imported the Ancoats vibe to the suburbs (a sentence it would not be have been possible to type even five, years ago), with the successful Stretford Foodhall. It takes something akin to witchcraft on steroids to sprinkle a bit of glamour over Stretford Mall, but, within days of opening, the Stretford Foodhall was a local fixture, even if some did claim it was a bit on the expensive side. The next challenge would be Sale, a ’burb that might have a bit more in the way of disposable income but is perhaps also more resistant to change.

Let’s be frank, The Square, the main shopping precinct in Sale town centre, could do with what the Queer Eyes might kindly call a ‘zhuszh.’ When the coolest shops are a branch of Peacocks and one of those posh Greggs with the seating and the tiles (yes, the one in Sale does sell the vegan steak bake), you know a town centre could do with a bit of a lift. In fact, it could do with a makeover powered by the combined supertalents of five gay guys and the whole of Netflix’s considerable financial resources behind them. But until Tan, Karamo and co decide to branch out into town planning, Sale is going to have to rely on the only slightly less formidable powers of Mital Morar and his team of hipster grocers for its ‘brand new you.’

Groceries & Beer reflects Morar’s ‘does exactly what it says on the tin’ approach to naming (see also: Kiosk in the Arndale), adding it to a frustratingly long list of places with non-Google-friendly names (looking at you HOME and Yes). It is a slightly smaller version of Stretford Foodhall, with a food shop that specialises in refillables and baked goods on one side of the unit, and a communal eating area on the other. Just like Stretford, the menus change weekly as the kitchen is occupied by different street food specialists.

The week I visited, it was the turn of Osaka Local, which offers Japanese street food. It’s a world away from the rarefied image often given to us of Japanese cuisine – instead of delicate and sometimes (to Western eyes at least) disturbing bits of marine life, the emphasis here is on the hunky and indeed chunky. Amazingly, almost everybody around the table had actually visited Japan, which in no way made us experts but did make us reminisce longingly for the creative displays of plastic food which help otherwise clueless gaijin navigate their way around a menu.

I had a katsu kare (katsu curry, £8), which was the familiar panko-coated chicken served with a mild curry sauce that has more in common with a Chinese chippy than the subcontinent, and sticky white rice – probably the ultimate Japanese comfort food. I liked the addition of fukushinzike pickle, which apparently is lucky because it has seven different kinds of vegetable in it.

My friends enjoyed the okonomiyaki (£8), a kind of chunky pancake made with cabbage topped with either pork belly braised in soy sauce and sugar, or teriyaki tofu. Both versions were much discussed, with the word ‘savoury’ coming up the most. The optional fish flakes were also a topic of debate, with the conclusion being that they ‘might not be for everyone.’ Osaka Local Fries (£4) was the resoundingly popular dish, fully burdened with okonomi sauce (the Japanese version of brown sauce), Kewpie mayo and aonori seaweed flakes for extra umami flavour. Not very sophisticated maybe, but a welcome variation on the loaded fries trend.

We finished with some brownies from Lush, and a vegan ‘Twix’ (all £2.50 each), which attracted the eye mainly via totally pointless edible glitter. The ‘Twix’ seemed to be mainly made of dates, which is fine, but how are you going to bite off the ends and sup tea through that? That’s not a genuine Twix or even approximate Twix in my book. A rose and pistachio 'blondie' was deemed a slight disappointment, but only because expectations were very high for the flavour combo (Ed - this was actually a Bakewell, although it didn't specify on the label, Lucy used the word 'blondie' as a generic word to describe a 'non'brownie'.) The standard chocolate brownie was great, as always.

The owners of The Square are hoping that Groceries & Beer will set the tone for a brand-new kind of shopping experience – a hip arts and community centre and imaginative play zone are mooted as future occupants – but the magic of Morar’s empire is that it draws on the suburban shopping mall atmosphere, the Poundlands and the Rymans and the Quality Saves, in an almost vampiric fashion. Personally I’m not one of the naysayers. Sale needs a good zhuzsh, so zhuzsh away. But it will be interesting to see if the makeover goes too far. 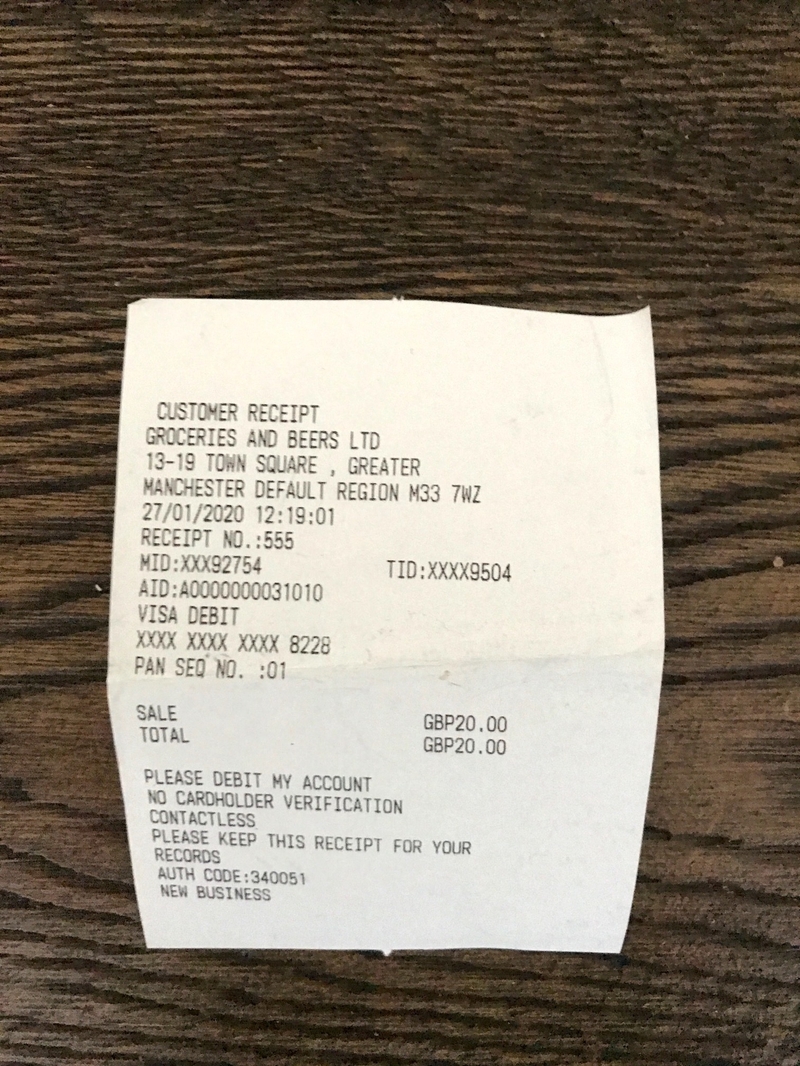