THIS week, we can promise you some heart-felt nuggets of news, plenty of sweet treats and some flippin’ good food ideas. There are congratulations a-go-go and Michelin-starred chef Tom Kerridge talks business… 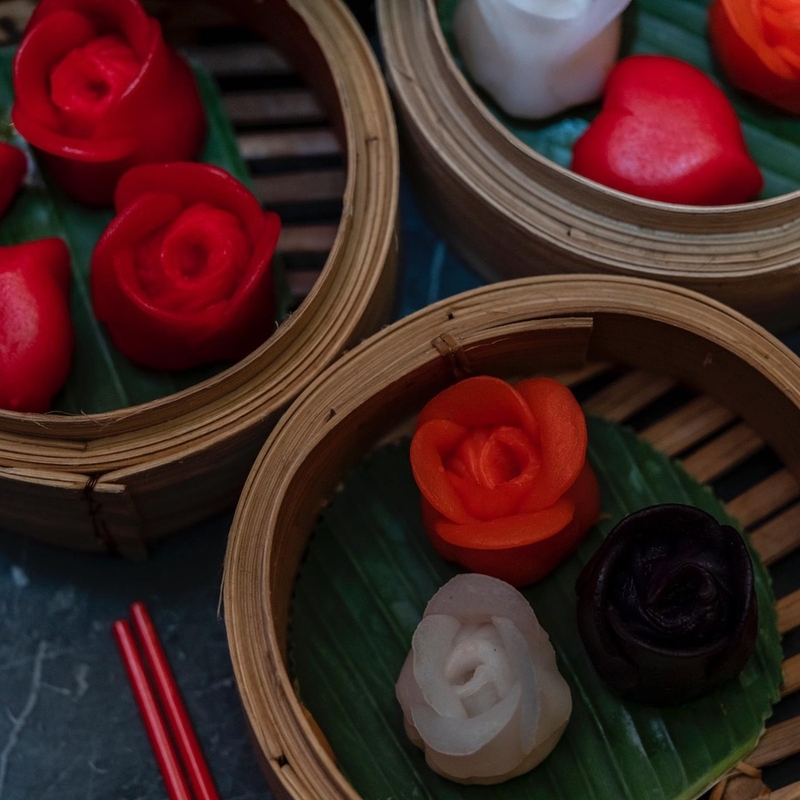 Valentine’s, Galentine’s, Palentine’s… whatever you call it, there’s no escaping the fact that it’s fast creeping up. And if you haven’t yet made plans for 14th February, we have a couple of ideas up our sleeve (the one we wear our heart on.) Head to Tattu all weekend for the secret recipe Chinese Whispers gin-based sharing cocktail or, er, "love elixir" plus a special menu that includes hearts and roses dim sum baskets. Sunday also heralds the return of the restaurant’s popular film screenings, showcasing three classic rom-coms in keeping with the mood. How to Lose a Guy in 10 Days is on at 1pm, The Proposal is at 4pm and 7pm sees Crazy, Stupid, Love – be sure to book in advance. If you’re a softy at heart, why not treat your significant other to the three-course Valentine’s set menu at The Botanist, where the choice of sweet treats includes a limited-edition baked Rolo cookie dough skillet. Served fresh from the oven and splodged with some vanilla ice cream and caramel sauce, this “twist on its signature dessert” contains whole Rolo pieces so you can offer the last bit to that special someone. 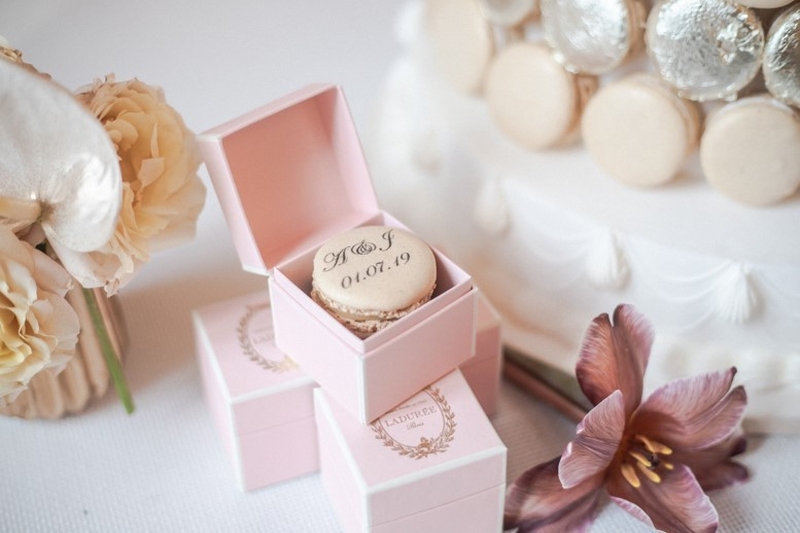 Gift wise, Selfridges is the place to go for all things well red and pretty in pink. They reckon you’re “guaranteed to fall in love with Selfridges’ selection of Valentine’s Day gifts,” which range from bouquets from FROG Flowers to Diptyque scented candles. The Selfridges Trafford store will also be offering a personalised gift wrapping station and love message wall. While fancy French baked goods purveyors Ladurée will have a calligrapher on hand at their pop up in the Exchange Square store to add your own special message to their macaroons on Saturday 8th February between 11am and 1pm and 2pm-6pm on Friday 14th February. On the evening of Thursday 13th February, meanwhile, Selfridges Trafford teams up with the San Carlo Champagne Bar for an exclusive tasting session (£20), pairing fizz with food. 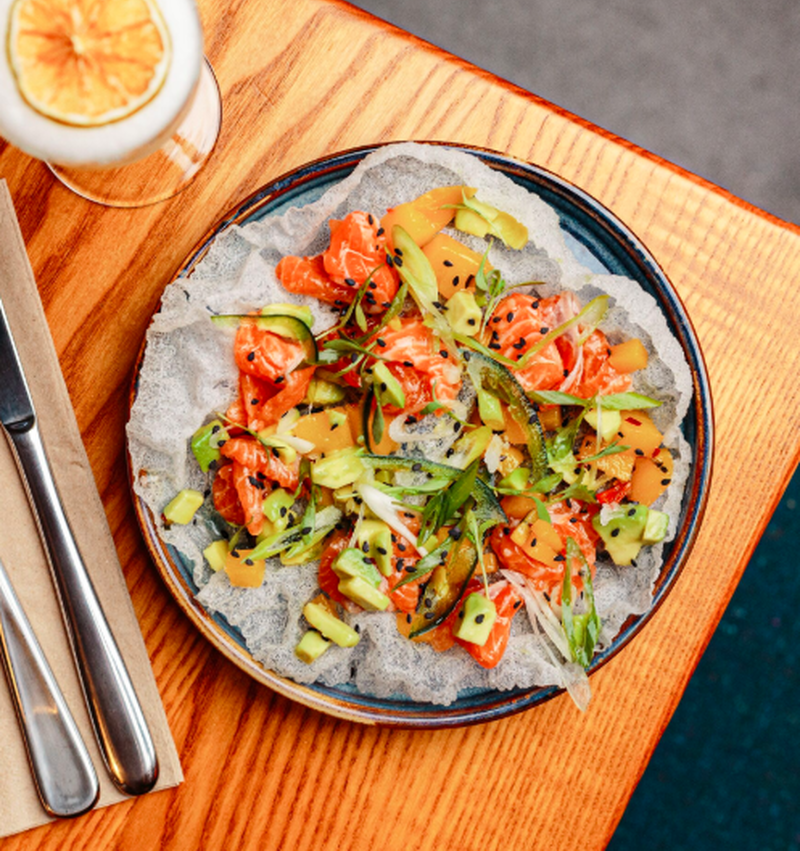 Not fancying Valentine’s Day? Pour cold water on that idea then, and get to grips instead with some cold fish. Following on from the success of its first two ceviche masterclasses, Peru Perdu at The Cotton Factory is dishing up another on 15th February (4pm, £65). After a House Pisco Sour at the bar, make for the Ceviche Station, where the chef will talk you through the history, prep and flavourings of Peru’s most famous dish. Next, you’ll be seated for a full South American feasting menu, including empanadas, Peru Perdu’s speciality U.W.A. steak, sweet yam curry, a selection of desserts and half a bottle of wine. 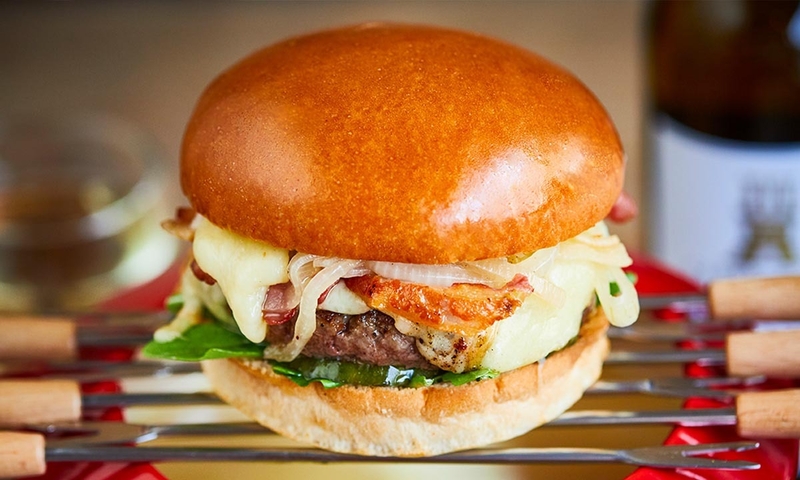 You’ll need to get your skates on for this one – Honest Burgers have introduced a new number, but it’s only featuring until 2nd March. The Fondue sees a melty melange of five Alpine cheeses (Comté, Beaufort, Vacherin Fribourgeois, Abondance and Emmental, bien sûr) courtesy French and Swiss cheesemonger Mons, a bit of garlic and some white wine, dolloped onto an Honest beef patty with crispy pancetta, white wine onions, rocket and pickles. Cheesy cauldrons are also inspiring the latest Six By Nico menu, running from Tuesday 18th February until Sunday 28th March. The Alps six-course tasting menu (£29 a head) includes chef Nico Simeone’s takes on regional dishes such as Swiss raclette fondue and French tartiflette (pictured top), plus Italian wild mushroom and truffle risotto and a dessert called Snowballs. To string out Veganuary a little longer, Crazy Pedro’s has teamed up with one of its Northern Quarter neighbours for February to rustle up a vegan version of their Mac Daddy pizza combining V-Rev’s Whopper Way To Make A Living fave. Edge Street’s meat-free diner has helped the pizza and cocktail experts create the special, which replaces the mini hamburger, Monterey Jack cheese and Mac Sauce with plant-based alternatives. The gherkins, crispy onions and shredded iceberg lettuce remain, but the meat and dairy is swapped out for a deconstructed Beyond Burger, vegan cheese and Kimbonnaise – egg-free and dairy-free mayo blended with hot Kimbo sauce made from scotch bonnets, sweet chili and “secret ingredients” natch. Take away or eat in, the special is available by the slice or as the full 16 inches. 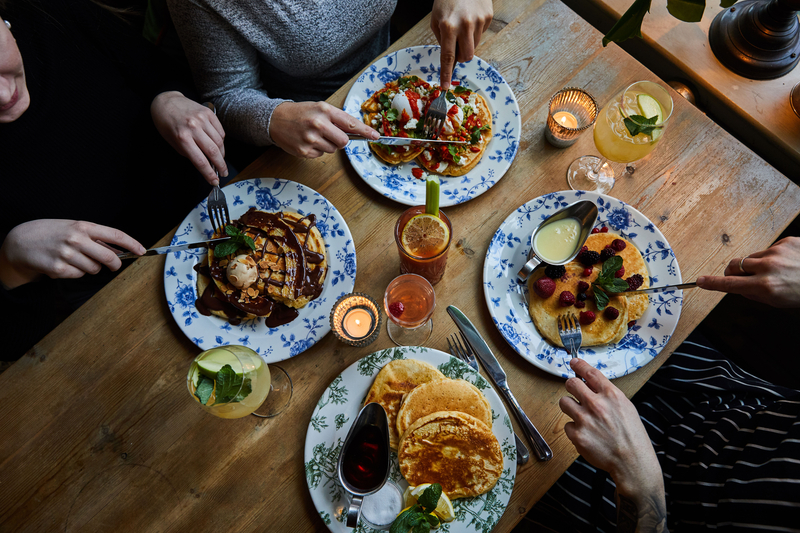 If you’ve still got space after all those Valentine’s chocolates, flippin’ well get yourself over to Bill’s Restaurant & Bar in Spinningfields for their new pancake menu. Coinciding with Shrove Tuesday on 25th February, the Pancake Day specials will be yours for the taking from 21st to 27th and include both sweet and savoury. Alongside a lemon and sugar classic (with a vegan option available), get one of your five-a-day with the caramelised banana and salted caramel ice cream with warm chocolate sauce and toasted almonds, while brunch-perfect sweetcorn pancakes are topped with poached eggs, feta and avocado, baby spinach, red pepper dressing, coriander and chilli. Prices start at just £3.50 for kids’ pancakes. 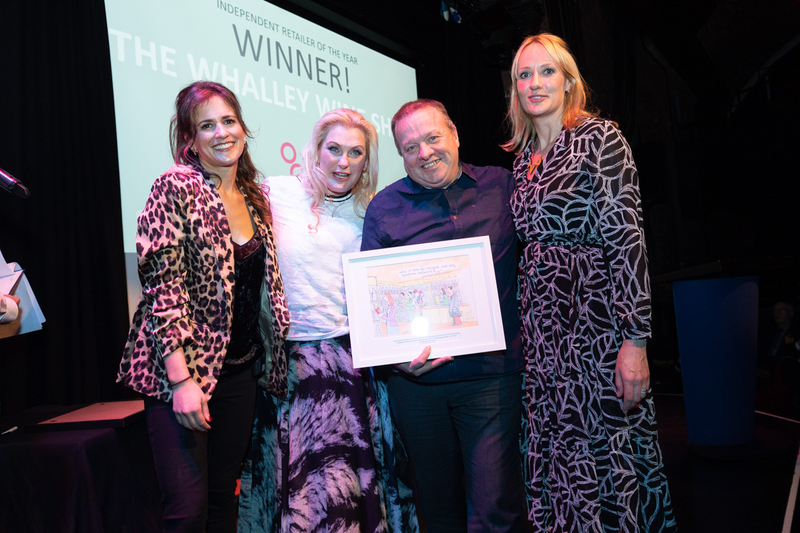 There was much cheer on a cold Monday night at The Comedy Store last week, with the knees-up for the third People’s Choice Wine Awards, the only national wine competition to have its base outside London (in Chorlton, in fact). Lancashire-based family-owned and operated grocer and wine merchant Booths picked up three gongs, including being named Best Wine Supermarket. The independent retailer - which has 28 stores across the North of England and, coincidentally, has just added to its own-brand range with the likes of a vegan Sauternes - secured the top spot in a customer-led vote, pipping to the post Aldi, Lidl and Waitrose. The Co-op also had reasons to be cheerful, scooping three awards, including Best Champagne, Back to Nature (for organic and bio-dynamic wines) and Boxing Clever for their Fairtrade Argentine Red Blend, submitted to the competition by Irlam's Kingsland Drinks. Another northern firm celebrating was The Whalley Wine Shop in Lancashire (pictured), voted Best Independent Retailer by their customers. Cheers to all! 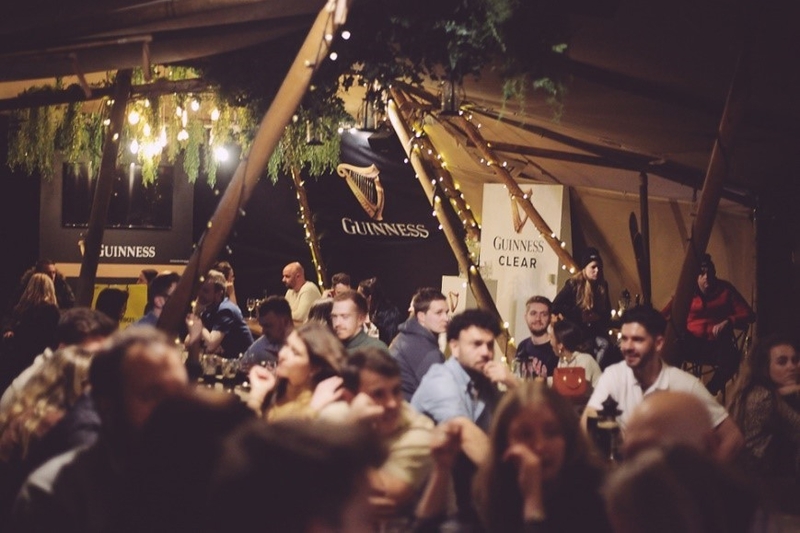 From wine to beer, and there’s a Guinness takeover at The Oast House, where the Six Nations is being screened in The Curious TeePee through to Saturday 14th March, complete with additional pint-pouring stations and sofas from which to get the best view as the championship action unfolds. And rugby fans don’t need to worry which pint of the black stuff is theirs – they can ask for a special Guinness Stoutie, described as “a picture-perfect pint featuring your selfie on the head of the iconic black and white stout.” There will be snacks and main dishes aplenty to order from the grub menu to line those stomachs, and roast fans can also grab 25% off The Oast House’s rotisserie roast on Sundays during February by saying the magic words ‘Six Nations Sunday’ when ordering. 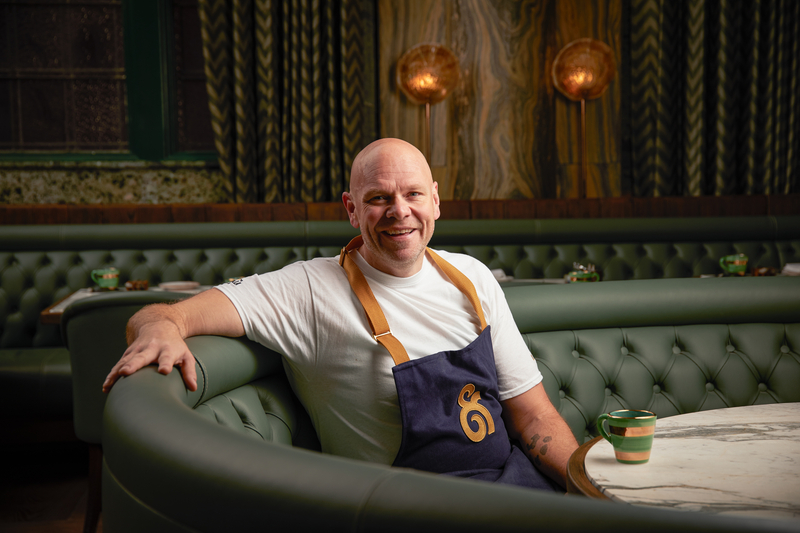 This year’s Bruntwood NRB Debate - one of the UK’s leading hospitality forums for discussion, insight and inspiration - takes place at Northern Restaurant & Bar NRB20 at Manchester Central at 11.45am on Tuesday 17th March, welcoming Tom Kerridge as a guest speaker. Fresh from the opening of his first Manchester restaurant, The Bull & Bear, and a catering collaboration with Manchester United, the chef will chat to host Thom Hetherington about how he has achieved his success since launching two Michelin-starred The Hand & Flowers in 2005, the values and philosophies that drive him, what structure and systems help his business thrive, and why the North is the right place for him to further his ambitions. Industry bods are welcome to come armed with questions, just in case...