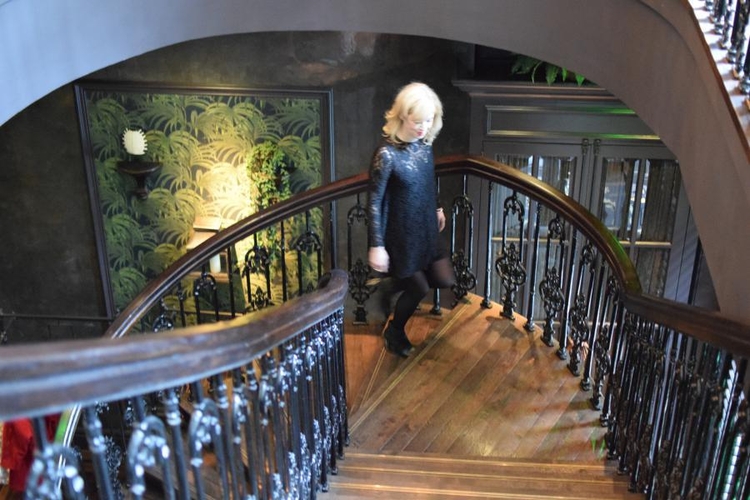 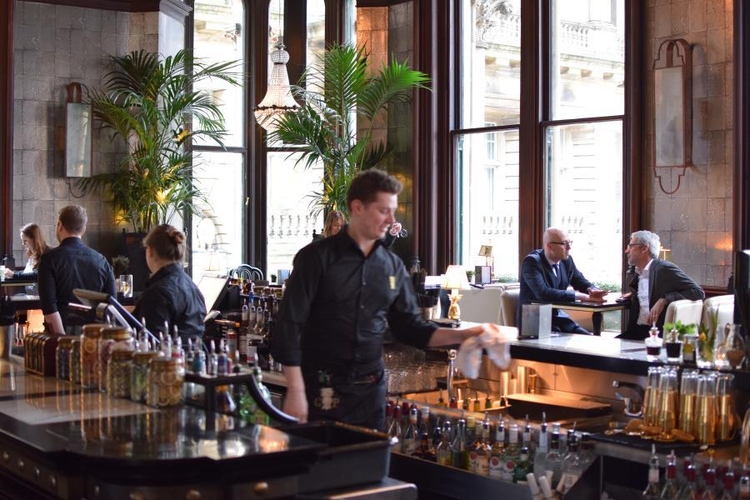 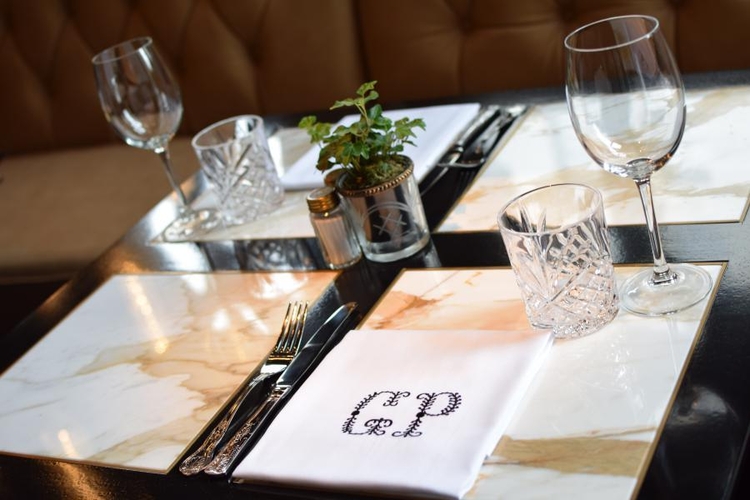 It’s been over two years since Living Ventures kingpin Tim Bacon snapped up the former Reform Club on King Street – an old favourite haunt of his - following the sudden closure of Room Restaurant. In that time the great Tasmanian cocktail spinner-turned-hospitality visionary behind venues such as Australasia, Manchester House and The Oast House sadly passed away, following a long and valiant battle with cancer.

Many (including us) expected this, his final project, to fall by the wayside. After all, Bacon was the ideas man, a creative maven who bled concepts and knew what you wanted, long before you did. He could also spot a dead light bulb from 50 paces.

So it is great testament to his team (in particular long time business partner and friend, Jeremy Roberts, alongside director Paul Moran - pictured below) that they have seen the project through to its end, to today, when Confidential was given the very first look around the lavish new venue. 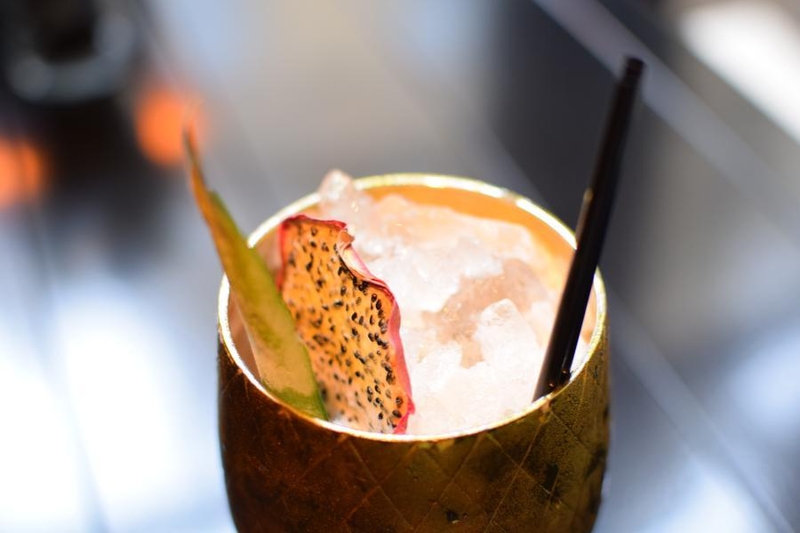 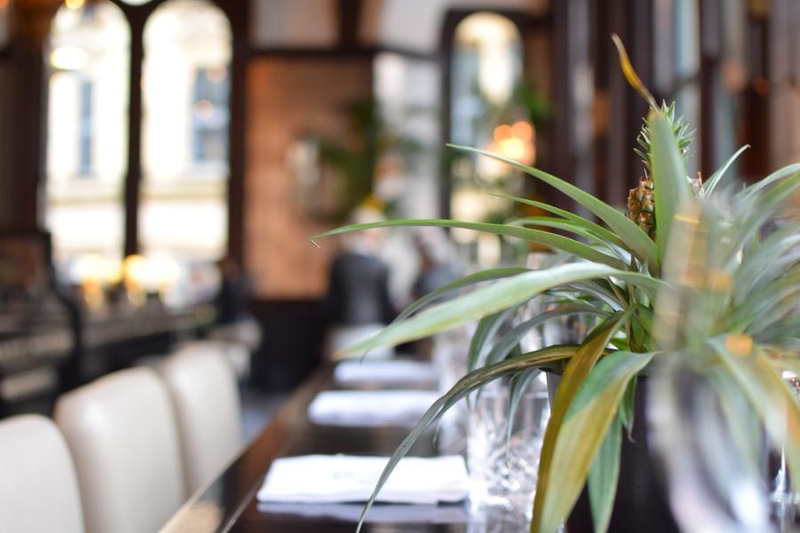 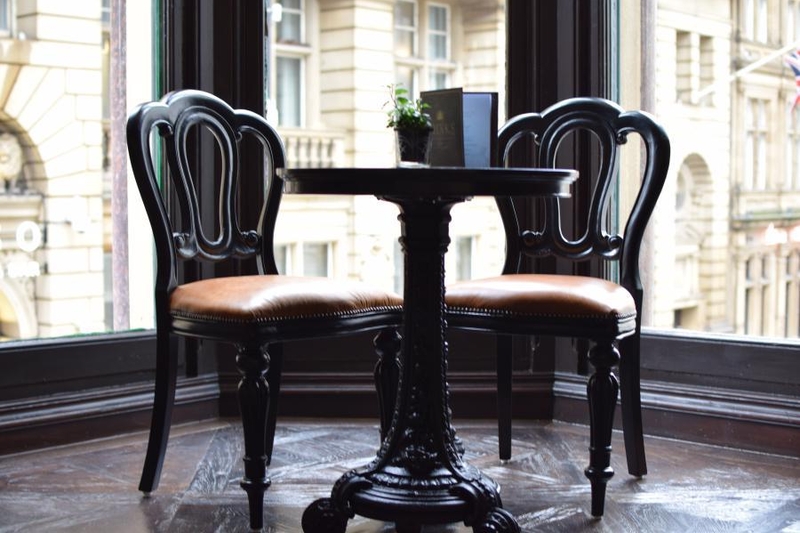 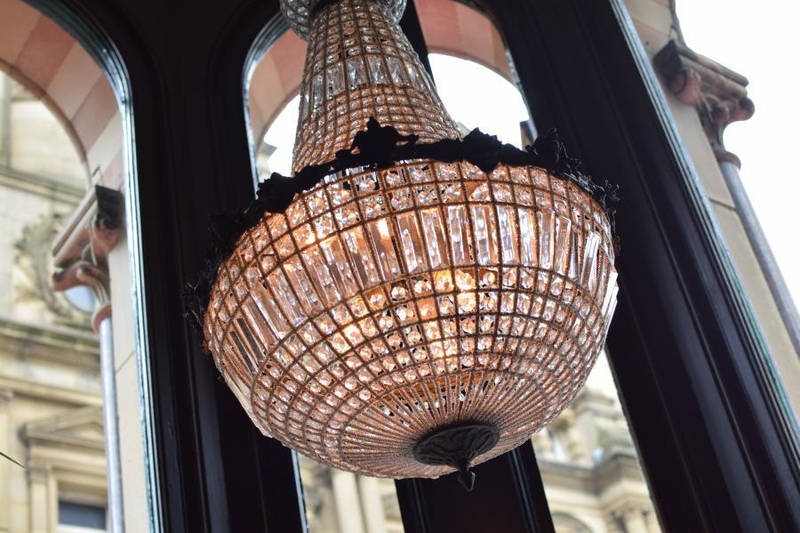 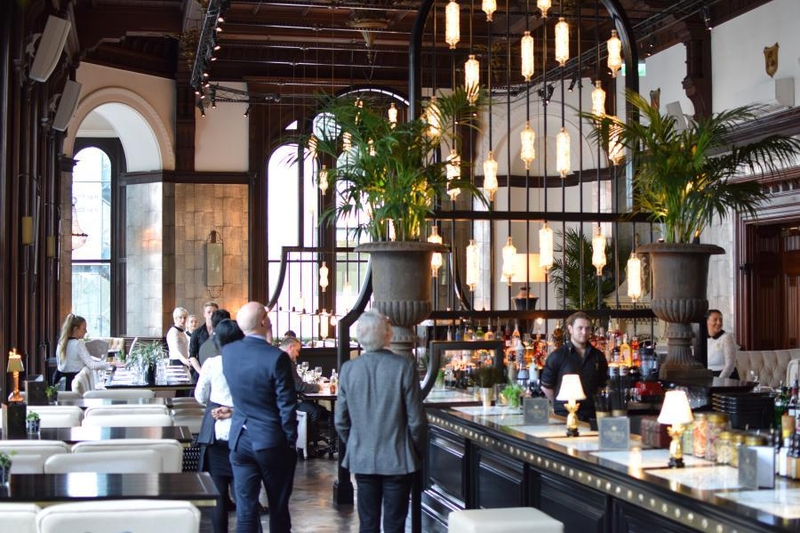 Living Ventures appointed Australasia and Artisan designer Michelle Derbyshire to undertake the renovation. Michelle agreed plans with Tim before he died, in order to make sure work was carried out in the way he wanted (there's even a sneaky tribute to the departed in one of the bar's on-high porthole windows).

The Grade II listed building - built in 1870-71 as a club house for Manchester's Liberal party elite - retains much of its integral historic character, and although the feeling of grandeur has been enhanced, Grand Pacific still has a relaxed, refined air about it. Inspiration comes from the colonial splendour of Singapore’s Raffles Hotel in its heyday, which is immediately apparent in the stylish, slightly exotic fit out.

As you make your way up the grand oak staircase and through the entrance flanked by palms, you enter a magnificent room floodlit by sunshine - one Gordo has called ‘the best dining room in town’.

Dominated by a huge central feature bar underneath a stunning statement golden palm chandelier, Grand Pacific is set to become Manchester's bar of the year. Between the dark wood floor and ornate original oak ceiling, walls are panelled with burnished silver tiles (anyone remember the hideous wallpaper from Room? Well that's no more), while cream leather upholstery and giant plant pots help to establish the colonial theme. 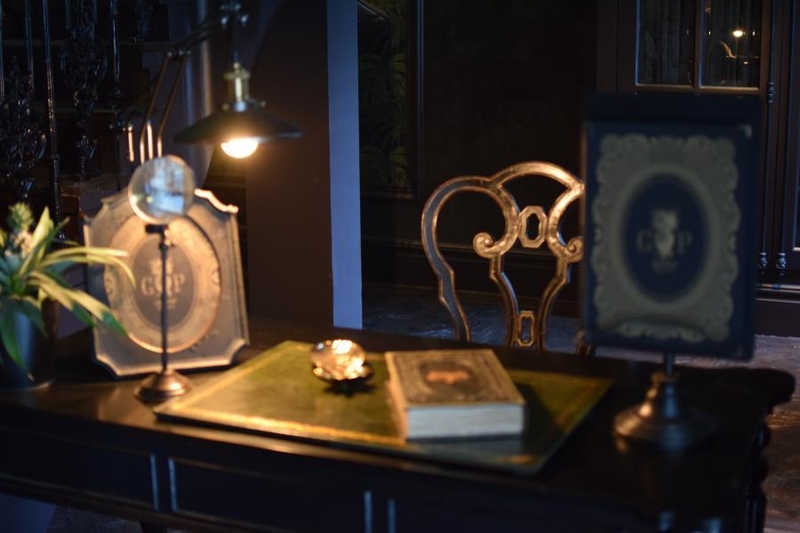 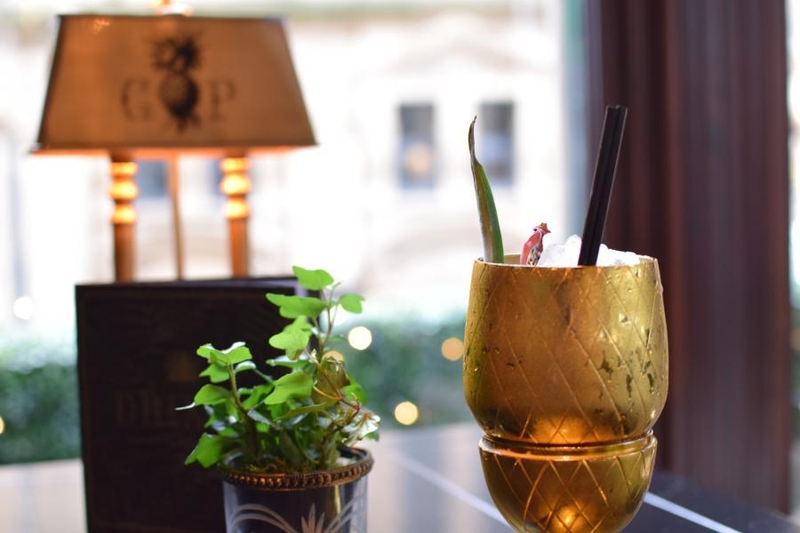 The menu for the 120-cover venue has been kept relatively informal with pan-Asian touches. Pineapple - a traditional symbol of prosperity, hospitality and good luck - features in many of the dishes such as creamed goat’s cheese with watermelon and avocado mousse (£6.50) and Thai fishcakes with pineapple sweet chilli dip (£6). You’ll find pineapple features on much of the drinks menu too, significantly on the signature ‘Grand Pineapple’ cocktail served in a golden pineapple cup which you can keep for £20.

Main courses possess a clear oriental sway, such as their Eastern take on fish and chips in the form of tempura Szechuan sea bass with crispy noodles (£17.95), or the the Asian spiced duck cottage pie (£12.95).

Living Ventures CEO Jeremy Roberts said: "We are delighted to bring this beautiful room back to life and echo its glorious past as the home of the historic Manchester Reform Club. Its heritage as a place to relax, eat and drink and just enjoy some of the pleasures of life simply oozes from the walls and it is our privilege and pleasure to let it continue to be what it was always meant to be."

Look inside: Sadler's Cat pub from Cloudwater is now open
Read Next
● / Drink 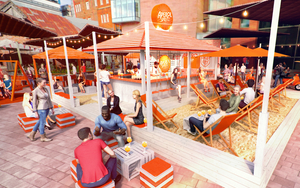