Everything in Manchester seems to be on the rise – prices, population, homelessness and of course buildings. But while sky-scraping offices and hotels pop up at a head-spinning rate and loom over the city skyline, intriguingly, there is a whole hive of activity busily going on way below street level.

So in the words of The Jam - we’re going underground… 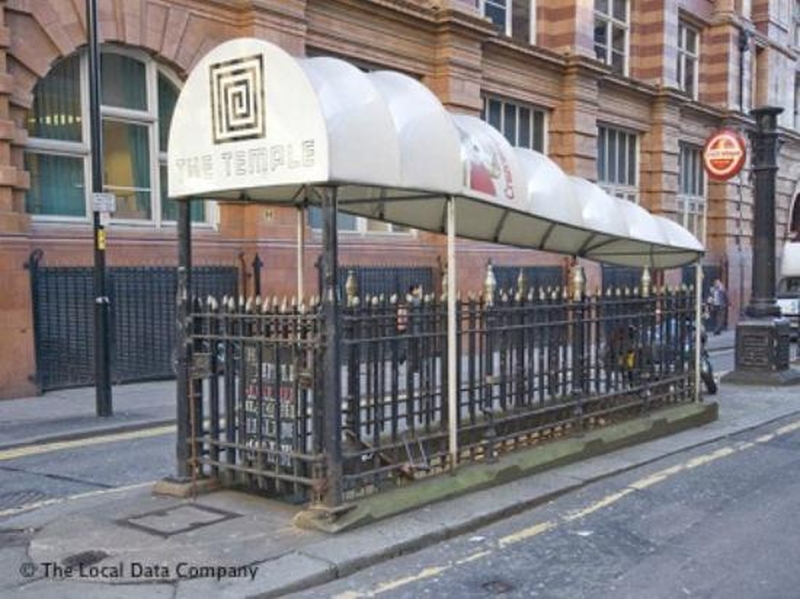 You know when people describe an unsavoury bar as a bit of a ‘toilet’?

Well, The Temple proves to be a bit of a paradox - as it has replaced an actual bona fide Victorian public convenience. Despite this, it is actually a relatively clean bar with a welcoming interior. The fact it was a public toilet over 100 years ago simply adds to its quirkiness and brings in people for novelty value alone.

Just a few minutes’ walk from St Peter’s Square, a flight of steps flanked by the original Victorian tiles and iron railings lead you beneath the hubbub of Oxford Road and in to its bright, primary coloured walls.

This tiny toilet conversion is a favourite bar of indie band Elbow’s frontman Guy Garvey who described it in his song Grounds For Divorce as ‘a hole in my neighbourhood down which of late I cannot help but fall.’ A kind of Alice in Wonderland with a beard if you will….

But just be warned - ironically, the graffiti strewn toilets are absolutely grim. 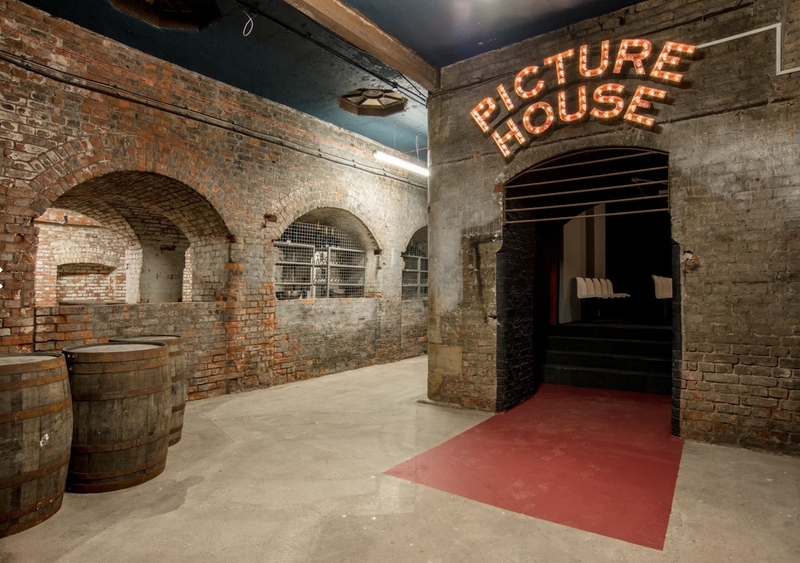 Hidden away under the Victorian Grade II-listed Barton Arcade is a private members’ lounge basement hideaway. Previously a private members' club, this vast 8000 square foot space is an underground network of exposed brick walls, arches and tunnels with vaulted ceilings and atmospheric lighting designed to boost the clandestine sense of secrecy.

The Brickworks includes co-working and meeting areas, bars and flexible events space as well as a 25-seater private cinema.

The illicit vibe its below the ground status conjures up means it has been used as a ‘rave cave’ where revellers can enjoy a feeling they are doing something just a little bit naughty. Theatre productions, fashion shows, art and photography exhibitions, film screenings and live music all take place here and enigmatically only those involved know it is even happening. 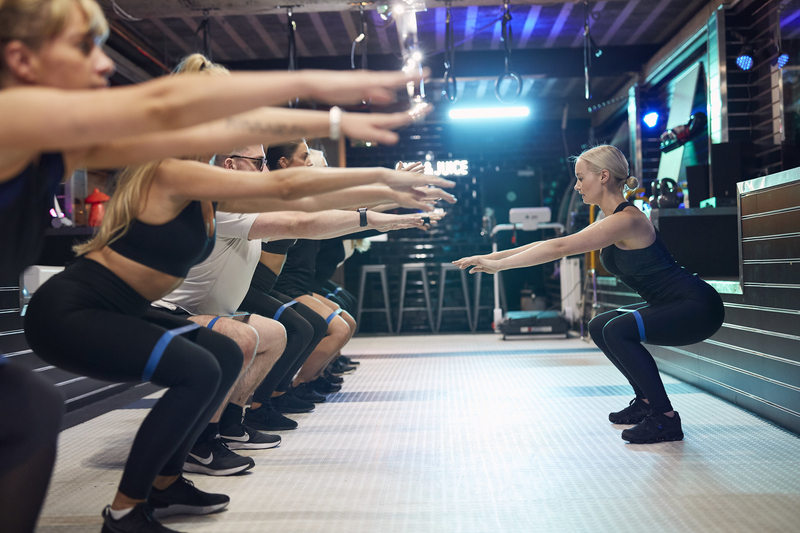 A lone doorway in the Northern Quarter leading downwards to a large basement wouldn’t immediately bring to mind visions of health and wellbeing. But this subterranean sweat shop on Oldham Street is no den of inequity but instead an instagrammable underground gym favoured by a number of reality TV stars who like to pose for photo shoots within its walls.

Blending in chameleon-style within the bars and coffee shops, Gym and Juice is a well kept secret. But if you fear sitting on a spin bike near a window, while people pass by and leer or laugh at you, then it’s one to get in on quickly. 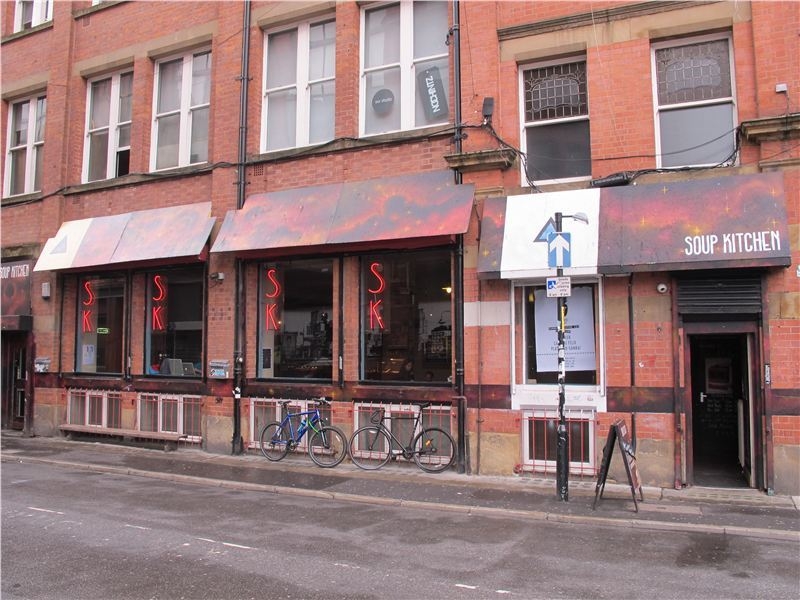 On first appearances Soup Kitchen on Spear Street looks like a brightly lit, IKEA fitted establishment. But below the stripped back, minimalist clean lines of this canteen style bar, where people sit supping their drinks on school-like benches is a dark basement that is home to many a club night with guest DJ’s or live bands.

There’s a serious juxtaposition here from bar to basement and the dank, dingy surroundings just adds to the underground atmosphere.

While not the most aesthetically pleasing of places, every band on the scene has probably graced it with their presence at some time or other. 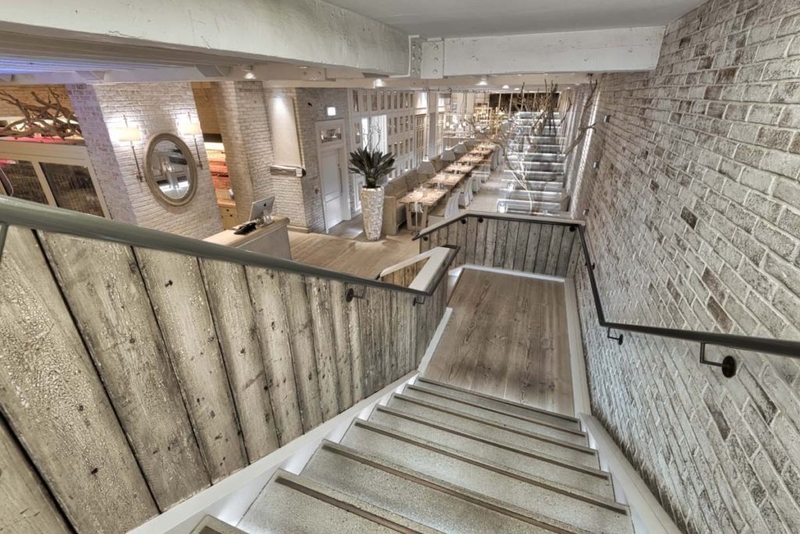 The term ‘underground restaurant’ usually refers to a secret supper club where a chef throws open his or her doors to invite diners in to their own home. But in the heart of Spinningfields, Pan-Asian restaurant Australasia means you can disappear off the street via a large glass pyramid rising abstractly from the pavement and escape the city centre to dine below ground.

On a weekend night the city can be a pretty hectic place with people spilling out of bars and black cabs everywhere you turn. Heading down the stairs to Australasia, designed by concept designer Edwin Pickett, feels like escaping in to a soothing underground sanctuary. Especially as there’s more white in the exposed bricks, wooden floors and sofas than you’ll find in even Simon Cowell’s smile.

Apparently all designed to represent the cool, natural colours of the Pacific coastline. You can literally leave the Manchester streets behind and head off ‘down under’ for a slice of the Australian life. Well, at least on your plate anyway.