It's been a rollercoaster of a week for Manchester's hospitality industry this week. We've had staffing shortages and problems caused by COVID plus the uncertainty of whether 21 June will mark the "return to normality" we are all hoping for. On the plus side, there have been plenty of new openings to get excited about, including a revamp at Deansgate Mews and the fancy Thai everyone's talking about

This week we've rounded up a few lighter bites to make you smile, including inevitably not one but two bits of football-related news. If you're looking for a spot to enjoy the beautiful game we've got some ideas. Until next week, folks.

We've got maps, merch and more in this week's bitesize food and drink news. 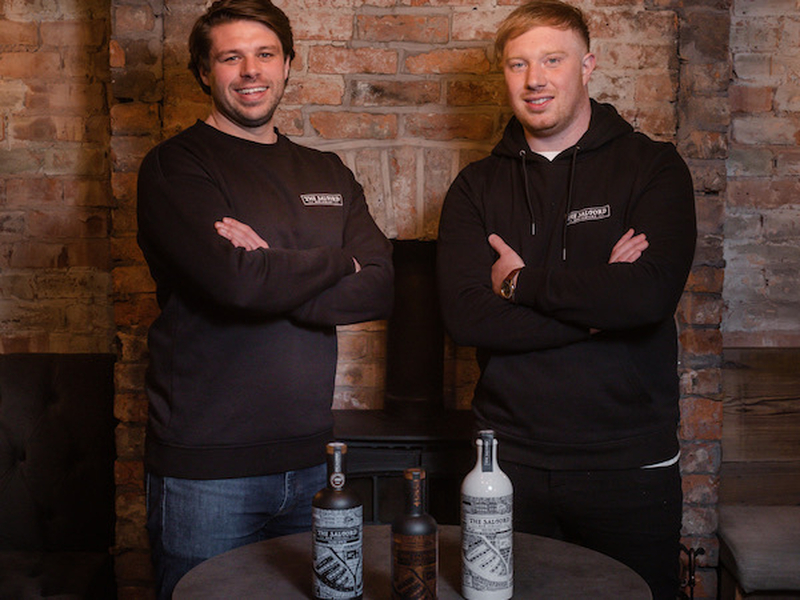 Rum is having a moment right now, and Greater Manchester is really picking up whatever the pirate’s tipple of choice is putting down. So much so that the lads down at local distillery Salford Rum have teamed up with compulsive doodler Dave Draws (who illustrates their beautiful bottles) to create the official rum map of Manchester.

MOJO, Hula and Speak In Code have already made the cut, but you can submit your own suggestions on Salford Rum’s Facebook if you reckon you know where to pick up the best piña colada in town.

The finished map will be free to download, but the Dave Draws original will be raffled off at a soon-to-be-announced party to raise funds for iconic venue, Salford Lads Club.

Heaton Moor's favourite grocery store is opening a second branch in Altrincham. Bernie's, which specialises in responsibly sourced fruit and veg, specialist bakes such as bread from Triangle Bakery and pies from Patel's Pies plus other treats should feel right at home in the foodie market suburb. There promises to be an in-house bakery and coffee from Kobean, a Heaton Moor-based roaster. We can't wait to pop in for a nosy. The store is open from today (10 June) and the opening hours will be Thursday-Saturday, 10am-4pm. 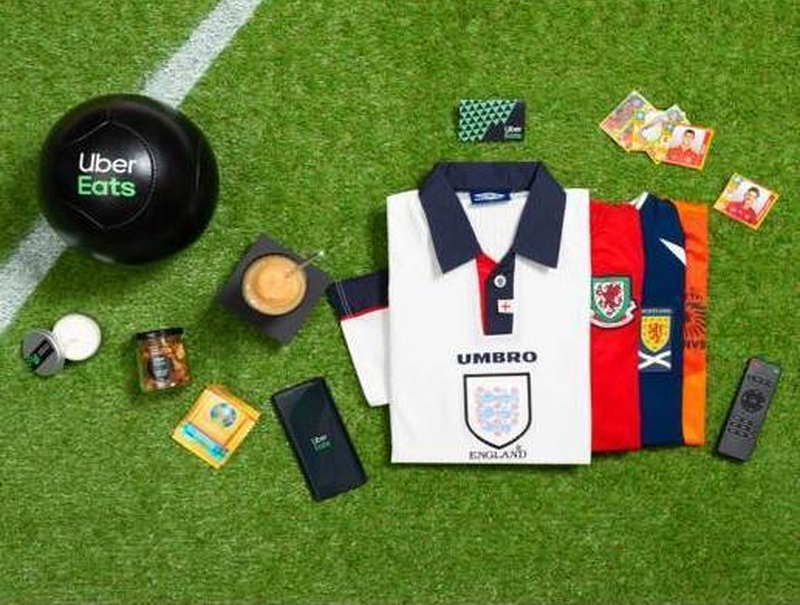 Wake up and smell the grass

To celebrate the impending Euros and it potentially coming home, Classic football shirts and Uber Eats are teaming up for a special app-based store, giving customers the chance to get their hands on a classic shirt and retro footy bundle. For just £3 including free delivery, between 10-13 June, customers in Manchester and London will be able to get their hands on limited numbers of classic shirts from 16 different countries spanning 1995 - 2019. Each shirt comes with a bundle including sweets, a retro kit bag, cola slushie and a football pitch-scented candle. Yes, you read that last one correctly. The store will open for a limited time each day on the Uber Eats app so get in quickly. 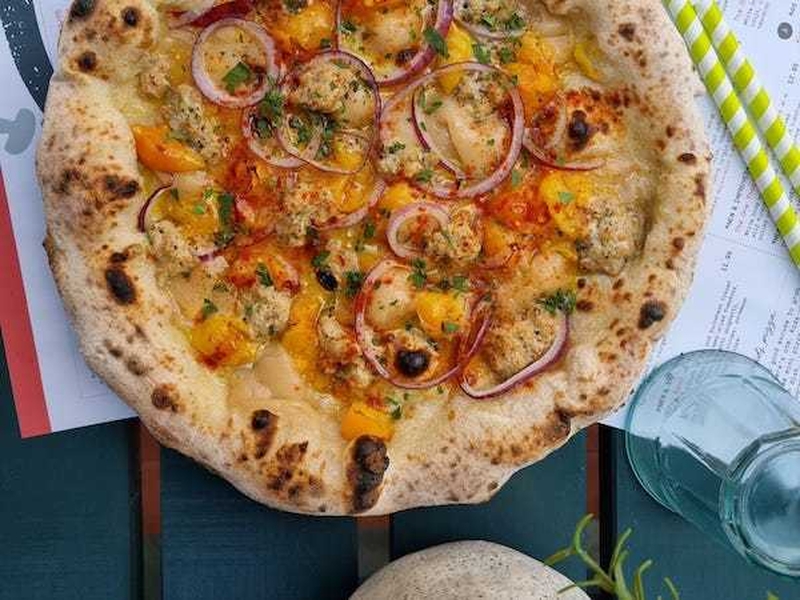 Slice up your life

Vegan pizza purveyor Purezza is opening in the Northern Quarter on Monday 21 June and to celebrate its first outpost north of the Watford Gap, it's giving plant-based pizza lovers the chance to win free pizza at the exclusive pre-launch event. The award-winning restaurant chain will bring its plant-based vegan pizzas to the former Dough Pizza Kitchen spot on High Street and diners have the chance to win one of four tables with a free starter, main, dessert and drink for each person. For a chance to win simply enter your email address at the Purezza website to be entered into the draw. Winners will be picked at random. 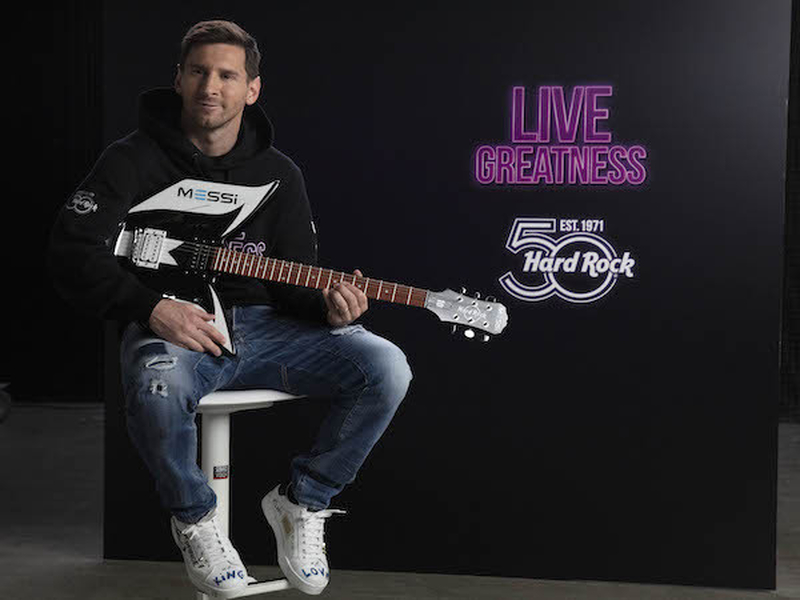 Kicking off the 50th anniversary of its first site on British shores, Hard Rock Café has teamed up with international football superstar Lionel Messi. The plucky Argentine will serve as a brand ambassador for the chain, the first athlete to do so in its half-century history. Needless to say there will be merch and there will be rumours he’s going to City. To celebrate the beginning of the anniversary festivities, Manchester’s Hard Rock Café will be offering HRC Country Burgers for just 71p during the first hour of lunch (12-1pm) and dinner (4-5pm) services on 14 June. Head to the Hard Rock website to reserve a table.

Manchester's Pippa Middlehurst - better known as Pippy Eats - is publishing her second cookbook, which we will be adding to our growing shelf of local cookery tomes. Pippa is nothing if not multi-talented. She is a trained molecular scientist turned cook (in fact she won the BBC’s Britain’s Best Home Cook in 2018) and the girl sure knows her noodles.

Bowls and Broth tells the story of building a bowl from the bottom up. Perfect for fans of Samin Nosrat, it takes the same scientific approach to combining and recombining the elements of flavour and texture for new and delicious results, and it looks darn pretty too. Available from August 19, you can pre-order Bowls and Broth now. 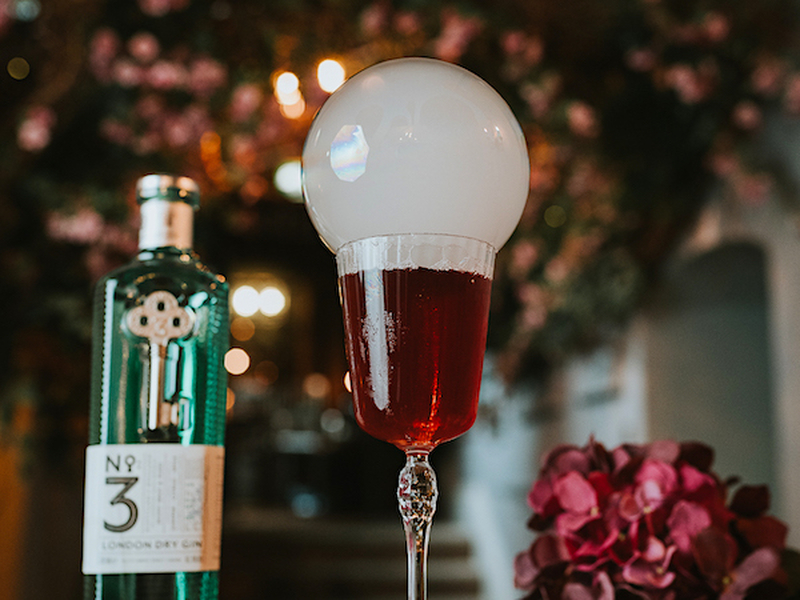 Knutsford's Lost & Found is, to nick the era-appropriate pre-Raphaelite terminology, a stunner. The bar and  restaurant occupies the old town hall designed by Alfred Waterhouse (he also did Manchester’s Town Hall and London’s Natural History Museum) and the interiors really play on the sumptuous Victoriana theme.

It's no surprise then that the line of new cocktails are just as much about looks as flavour (though they don't sound too bad on that front either). Concoctions include the Tangled Teapot, an iced elderflower gin and peach tea served in a cup and saucer, and the Bubble Popper, a mix of berry, No.3 Gin and Martini Fiero, crowned with a single smoked-filled bubble. We like the sound of the Wishful Wisteria, a blend of Bombay Bramble Gin and St-Germain that is meant to recall "overgrown hedgerows" and serves four people, or perhaps a very confident two.