First look inside the new Sugo Pasta Kitchen in Ancoats

"You’re about to enjoy the best bowl of pasta in Manchester," says owner

Sugo Ancoats will open to the public on June 26th and they’ve already taken 500 online bookings for the first week. We went over to have a look at their new place at Sawmill Court, as they were scurrying around, setting up and putting the final touches to their casual dining restaurant.

It’s almost double the size of their Altrincham restaurant with 58 covers and a kitchen almost three times bigger. The communal benches have made way for wooden chairs, but the white tiled, clean and modern, no-nonsense ambience remains. It’s Sugo’s food that is really the star of the show.

Their uncompromisingly regional cooking style and use of carefully sourced ingredients from Southern Italy have brought Sugo legions of fans, earning them several awards including an entry in The Good Food Guide and rapturous reviews from locals.

“We started Sugo because we were pretty disillusioned about how bastardised Italian food had become in the UK,” co-owner Michael De Martiis told us. “The whole thing is based on the idea of the kind of restaurant we’d want to go to. Primarily because of the food and drink but also because of things like the tables, the music, the vibe, the look and feel of the place. The sureness of a small menu, the direct approach of ‘this is how we do things take it or leave it’, that’s what we like."

The semi-communal aspect of Altrincham’s tiny dining space also worked in Sugo’s favour with diners often having to cosy up together or risk going hungry.

“The sharing aspect is nice but it’s also a way of reducing egos,” says Mike, “it’s a way of highlighting that we’re all here to enjoy something together. It rips away all the bullshit. You’re just here to enjoy the best bowl of pasta in Manchester.” Ancoats is well on its way to becoming a dining and drinking hotspot with an increasing number of apartments going up to provide a steady stream of local customers. But at this moment in time the area is mostly building work, scaffolding and promise. Not too dissimilar from the Altrincham market area when the first Sugo opened.

“Altrincham is a little bubble but now that we’re slap bang in the middle of Manchester, if the consistency is the same and the offering is as good if not better, then we should be busy,” says Mike. 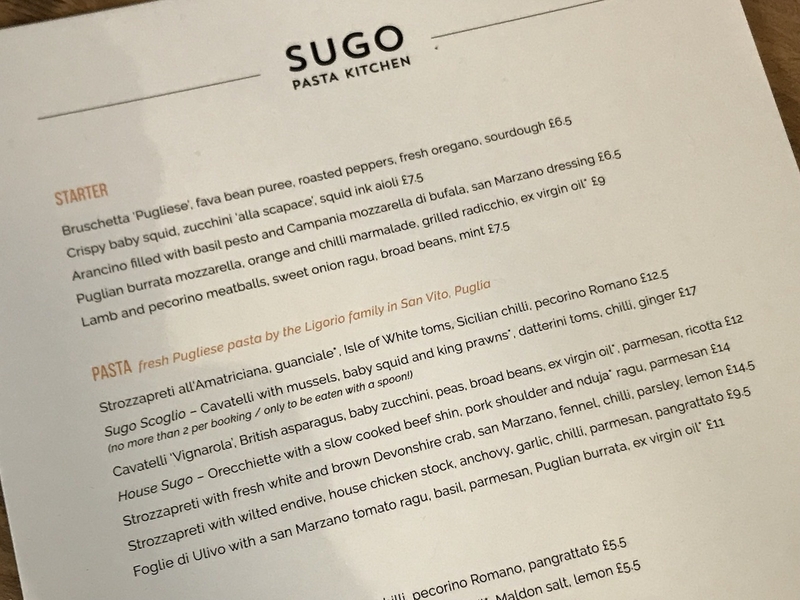 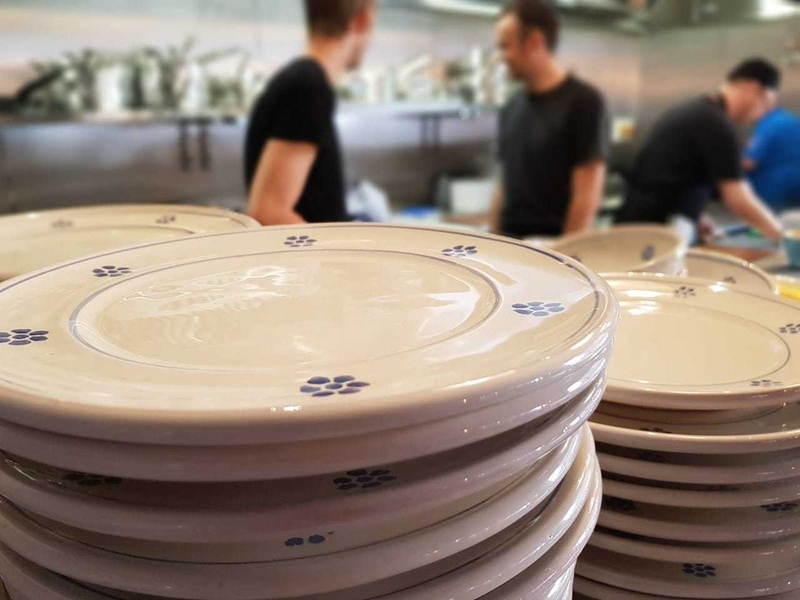 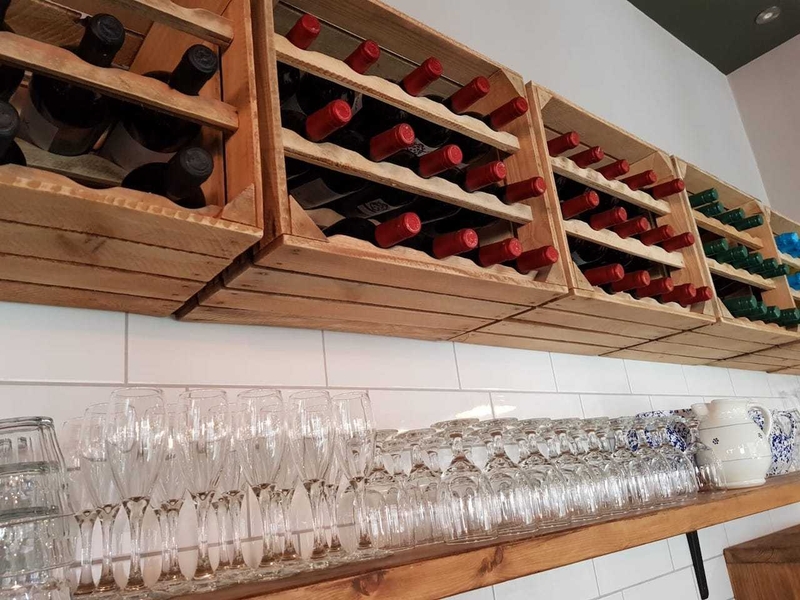 So what made them decide to open a second branch in Ancoats?

Michael De Martiis: “Jim Morgan from Rudy’s Pizza round the corner was really the direct link between us and the landlords Manchester Life. He’s a friend of ours from years ago. They were doing really well, creating great pizza and they set the scene to redefine this whole area.”

Do they feel like they’re taking a risk being one of the first new restaurants to open in the area?

MDM: “Walk around Manchester and there are thousands of people eating out and Italian food is one of the most popular cuisines, but we’re confident in the food we serve and we love what we do.”

Will Ancoats be the same set up as Altrincham?

MDM: “It will be almost exactly the same principle. We change our menu roughly every two months or so. Dishes are completely seasonal with five starters, or primi dishes, and around seven mains and three desserts. That’s it.” 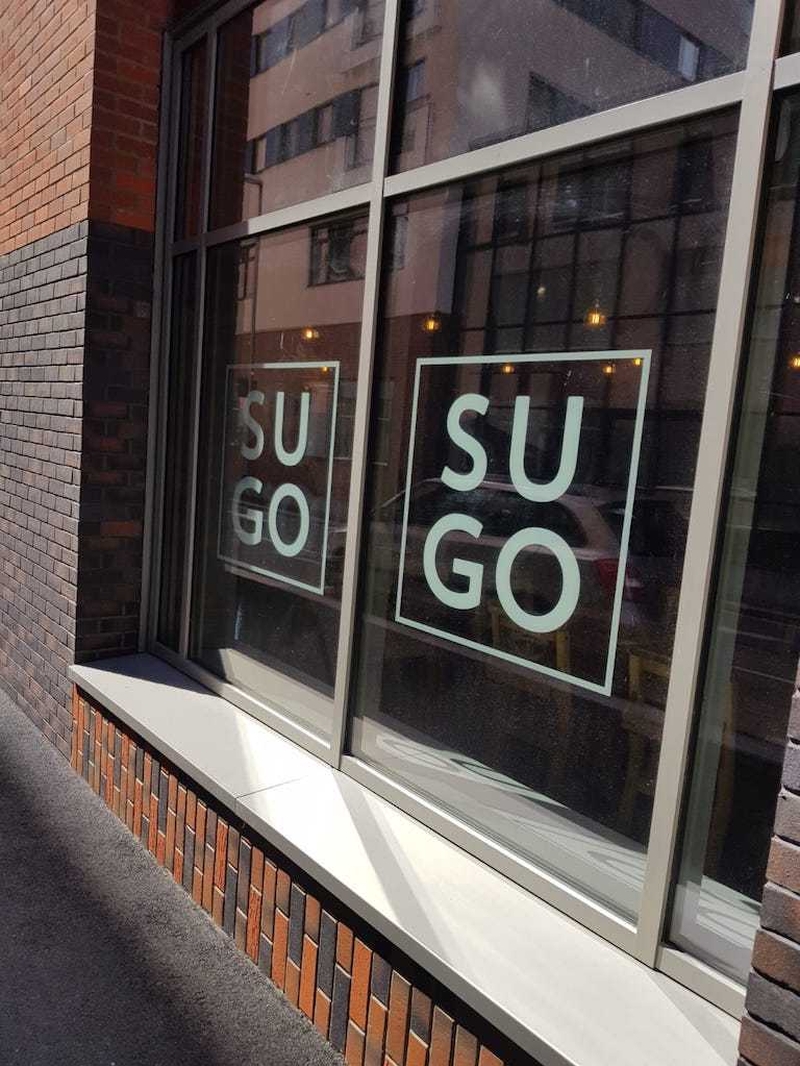 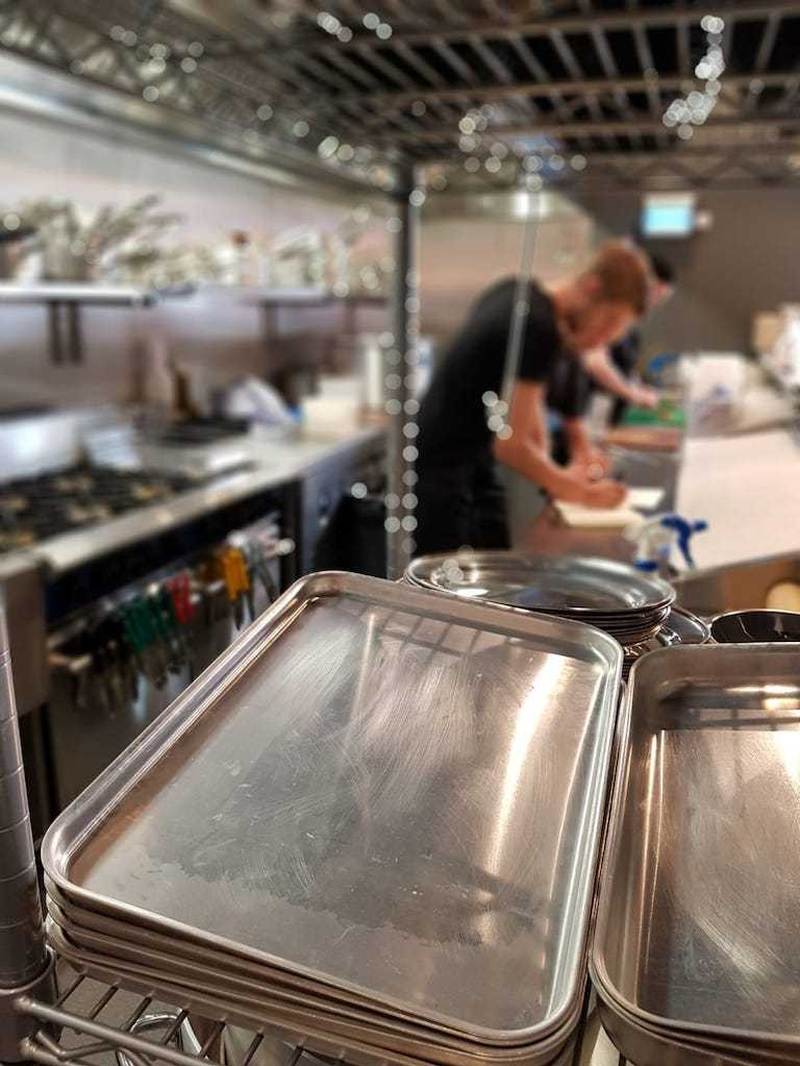 Michael’s brother Alex De Martiis has always been part of the creative driving force behind Sugo’s menu and all the infinitesimal detail that goes into it.

“You’re not necessarily going to get a nonna’s recipe that has worked its way down through the generations. There is some internal creativity with bigger flavours," he said. "We keep certain stalwarts on because they are heritage dishes that define who we are; arancino or the house Sugo orecchiette with a slow cooked beef shin ragu.”

Starters such as crispy baby squid with zucchini ‘alla scapace’ and squid ink aioli, for example, are a world away from the more bog standard calamari you might expect from more run of the mill Italian restaurants. Sugo’s Pugian burrata mozzarella dish comes with a spiced orange marmalade and grilled radicchio to add more layers of flavour.

“We’ve also made some changes to our wine offering," says Michael. "We still have a relationship with Reserve, but we also work directly with a cantine in Brindisi in Puglia who send us boxes of wonderful wine every week such as Negroamaro and Primitivo. The actual core of our wines are served in litre or half litre carafes. Most people drink wine from tumblers at Sugo now, which for us is another example of how we like to simply enjoy a glass of wine with some great arancini or a good bowl of pasta.”

So have they brought many of the Altrincham team with them to Ancoats?

“We’ve worked tirelessly for the past eighteen months to set things up so both sites can run smoothly and consistently. Tony Slater, who was one of the head chefs at Altrincham, has come over with sous chef Justin and have a new team.”

Michael is not a man to overcomplicate matters. When asked to sum up what people can expect from the new Sugo, he said: “What you will get here is a brand new 58-seat, casual dining restaurant, serving the same delicious food and wine as you get in Altrincham, but slap bang in the middle of Ancoats.”

And who needs more than that?

BYOB's yer uncle: bring your own booze restaurants in Manchester
What you say
Read Next
● / Latest Reviews