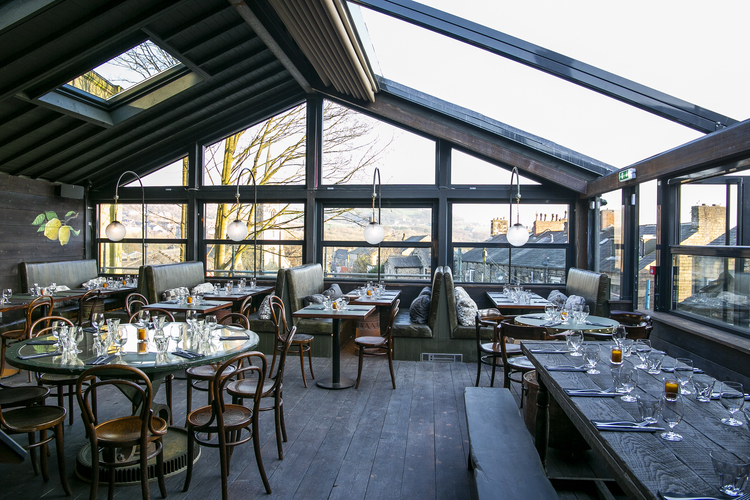 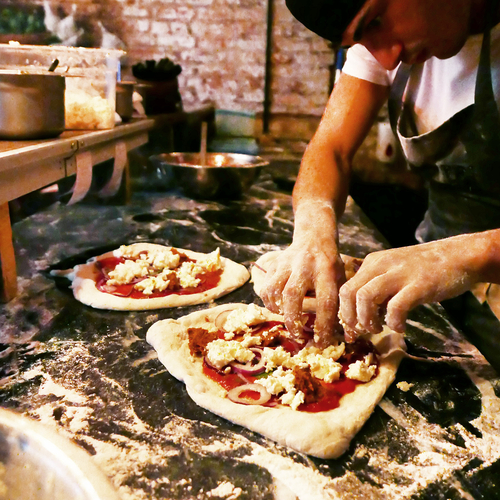 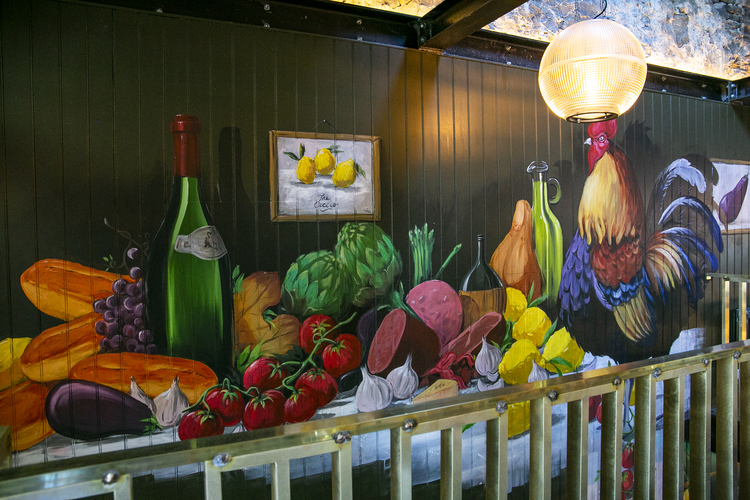 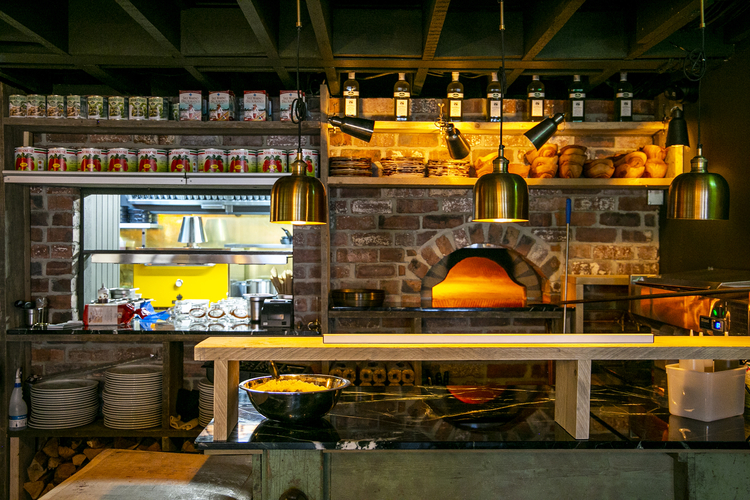 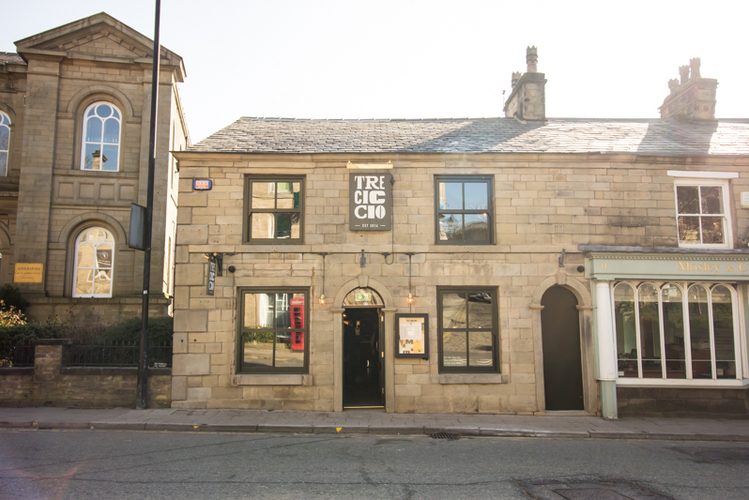 THREE is the magic number – especially when you’re Tre Ciccio, which is about to open its third restaurant. Hot on the heels of Altrincham, the original, then Bramhall, each of which is barely a year old, this latest branch is in Ramsbottom, and we’ve already had a guided tour.

Stylish stripped-back brickwork and warm woods by PH Joinery combined with crisp white linen and sparkling glassware are Tre Ciccio’s trademarks, making for a cosy yet sophisticated setting perfect for family lunches and duo dinners alike. Set on Market Square, and formerly home to award-winners Ramsons and, more recently, The Venetian Hideaway, a vast terrace promises plenty of al fresco eating action in warmer weather – 60 covers outside alone, making up almost half the 140 total covers for the restaurant as a whole.

Not even three years on, the third Tre Ciccio is opening, with all the delicious dishes we know and love, including their now famous Rotolini baked pizza bites.

Back inside, designers Paul and Heather from Phaus – who have already worked on the Tre Ciccio brand (with freelancer Lou Mora) and the design of the last two sites – have been pivotal in restoring and protecting beautiful features such as the original timber beams and brickwork and a unique fireplace on the first floor, which really adds character to the site.

Also adding character is the latest artwork from Chris The Cunning Craftsman; a brand-new mural commissioned especially for the Ramsbottom restaurant, featuring Tre Ciccio’s iconic cockerel alongside the names of each of the owners, and creating a focal point for diners.

Owned by James Gingell, Ramsbottom resident Alan Ritchie and Francesco Scafuri, these are the Tre Ciccio of the name – the “three chubby friends”. It was the latter pal’s family who introduced the others to the popular family-run neighbourhood village trattoria La Terrazzain in Calvanico, nestled in hills near Salerno, in south-western Italy’s Campania. Having experienced an evening like never before, the idea for Tre Ciccio took hold and all three restaurants’ menus take direct inspiration from what the friends ate that night – freshly picked porcini mushrooms, mouthwatering Neapolitan-style pizzas, and spicy Pollo Diavola and Cacciatora hunter’s chicken. Taking pride in sourcing quality food from Italy and the UK, Tre Ciccio is renowned for its fabulously fresh and authentic ingredients like buffalo mozzarella and Amalfi citrus fruits that capture the full flavours of Italy. 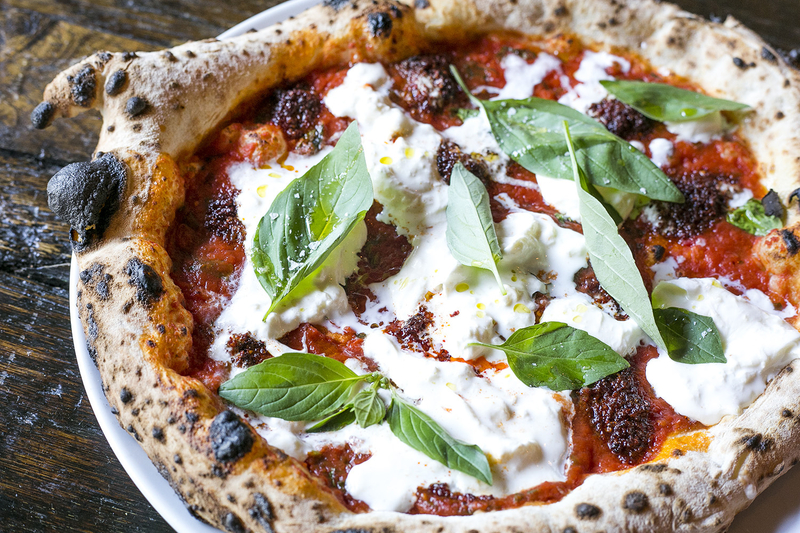 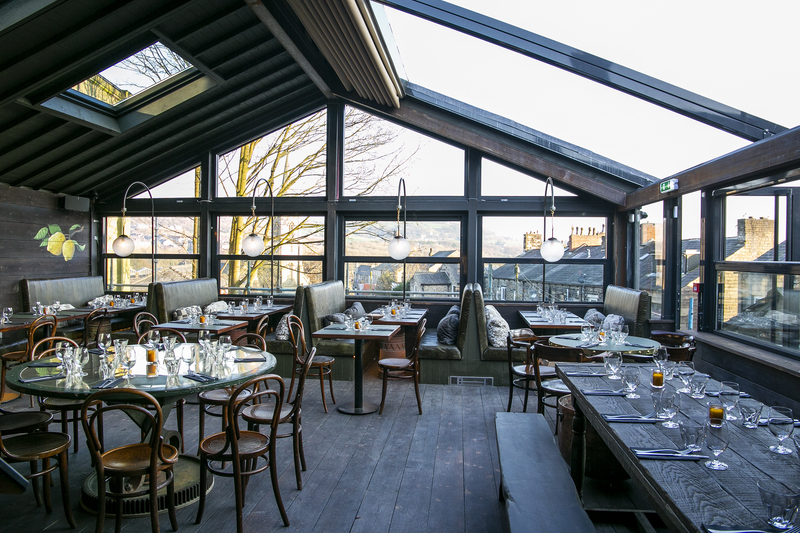 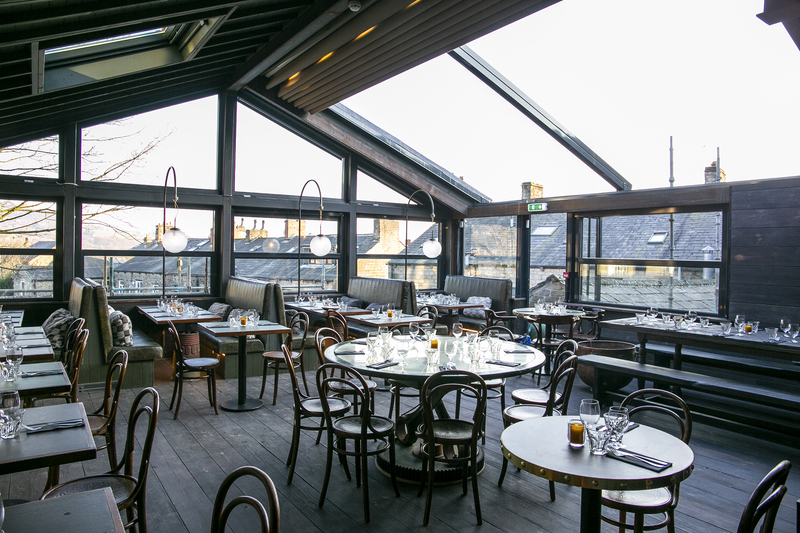 Not even three years on, the third Tre Ciccio is opening to the public on 1 March, with all the delicious dishes we know and love, including their now famous Rotolini baked pizza bites stuffed with Italian cured ham and fior di latte cheese, tomatoes and basil. Go for a full-size pizza and you won’t be disappointed – they’re designed for picking up, with floppy, soft, light and easy to digest bases perfect for folding with your fingers and tucking into your mouth, the Neapolitan way. The dough is made from the finest milled flour, left to rise for at least 24 hours, then baked hot and fast in the wood-fired office – after first being daubed with the special sweet sauce of blended San Marzano tomatoes, extra virgin olive oil and basil, and finished with your choice from the classic and gourmet toppings.

Another Tre Ciccio speciality is the slow-roasted chicken and potatoes platters, served for one or, even better, for two as Italian tradition demands. Taking southern Italian chef Michele Verdastro’s Pollo Scucchiato chicken dish as inspiration, Tre Ciccio’s version is coated in their own secret marinade to enhance the flavour while retaining tenderness and moisture.

Sale is Greater Manchester's next foodie hotspot
Read Next
● / Shops/Markets