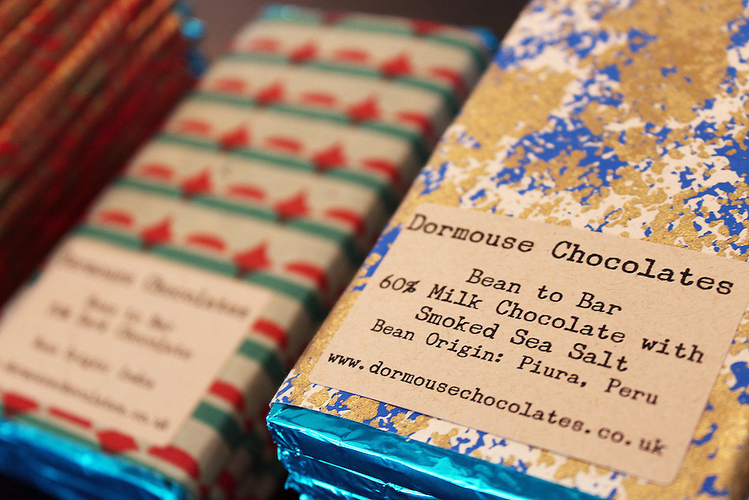 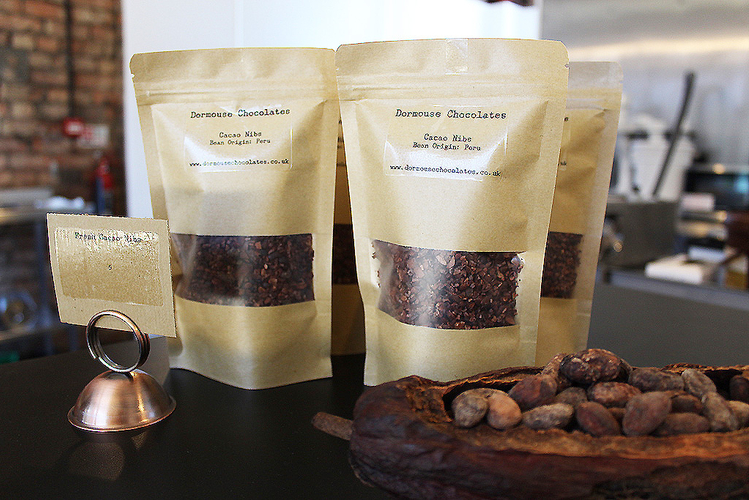 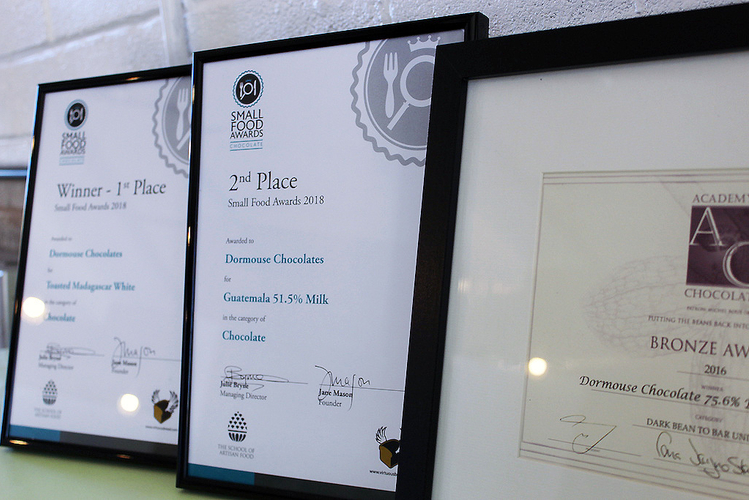 Manchester’s first ‘bean to bar’ producer has opened up, just in time for National Chocolate Week

Dormouse Chocolates began its journey in 2009, when law student Isobel Carse bagged the temp job of every chocolate lover's dreams: an assistant at Hotel Chocolat. Six years later she was still there, a full-time chocolatier whose aspirations were altogether sweeter.

With the occasional help of her partner, Carse started making her own treats at home, sold at local makers’ markets under the name of ‘Dormouse’. Quickly realising she’d need more time and space in order to fulfil demand, she bid Hotel Chocolat adieu, rented a kitchen in Old Granada Studios and was promptly invited to exhibit at the famous Salon du Chocolat fair in London: a good start if ever there was one.

In May 2015, Dormouse became the first ‘bean to bar’ producer in Manchester.

Over three years and several prestigious awards later, Dormouse is now stocked internationally and has been named a ‘rising star’ at the Academy of Chocolate Awards, who this year awarded Carse with two gold accolades (the world’s only gold for white chocolate and the UK’s only gold for milk).

“It’s like the Operas of chocolate,” Carse laughs. “There’s about 1200 entries so it’s a huge honour even to be shortlisted”.

Fortunately, you can now get your mitts on her award-winning chocolate directly, as Dormouse has opened up in Great Northern - joining popular independent restaurants Siam Smiles and Platzki on the quiet mews, parallel to Deansgate, once occupied by casual dining pop-up Beat Street. While Dormouse products have long been available online, this will be the first physical shop.

“I had to leave Old Granada Studios because of the building work,” Carse tells me (referring to the development of St. John’s), “so it seemed a good opportunity to finally have somewhere customers can come in.” 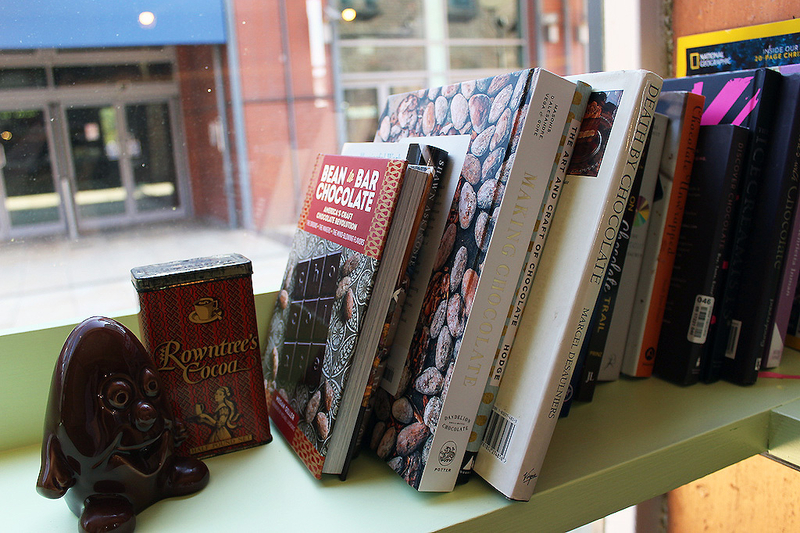 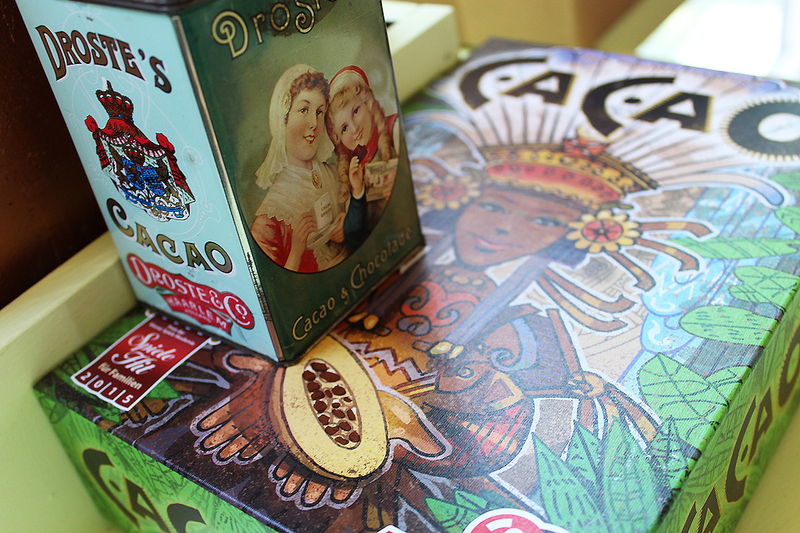 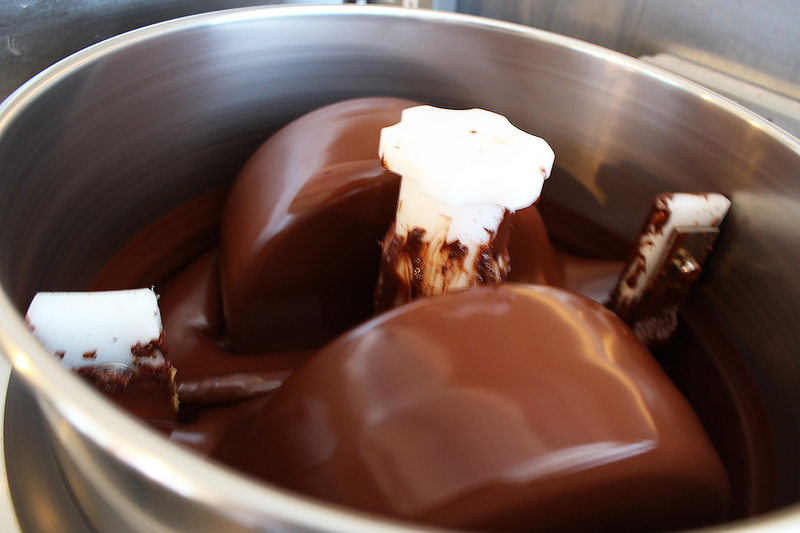 The ‘shop’ is actually two counters; one displaying Dormouse products, the other fellow micro batch producers that Carse admires, from the Netherlands to Peru. The rest of the space is taken up by her kitchen, where she produces about 20kg of chocolate per week.

Initially, Carse used to winnow and temper by hand, but fortunately now has machines to do that for her. Nonetheless, producing chocolate from scratch is still a time-consuming process: beans are sorted and roasted in a special patisserie oven, before being winnowed, and the de-shelled nibs pummelled to make a paste; something that, even with the right equipment, takes two to three days for the ultimate smoothness. Unrefined sugar and organic milk are added in varying quantities, depending on the bean and desired flavour, and the paste is then aged for one month (for the flavours to settle) before being tempered for a glossy finish. Finally, it’s syringed into moulds and, after setting for around an hour, wrapped in the gorgeous handmade paper Carse cuts to size.

Even sourcing beans is a scrupulous process for Carse, who trades both directly and through ethical cooperatives to ensure farmers are paid fairly. As many are small producers - often overlooked by larger companies - Dormouse is often the only UK business to use them. Beans currently hail from Venezuela, Peru, Guatemala, India and the Philippines but Carse is still on the hunt for more, telling me that each bean has a very distinctive flavour profile.

As well as single estate, Dormouse also produces a seasonal range of flavoured bars; alongside a monthly limited edition bar through the online subscription service, using either a new bean or flavour (last month was apple crumble, yum). Upcoming editions include tea-flavoured milk chocolate, in collaboration with Chorlton tea merchant Bohea, and the festive likes of stollen and speculoos - a Belgian short crust biscuit - with the help of artisanal blenders Spice Kitchen.

Carse also eventually hopes to serve hot chocolate, and even chocolate flights (much like wine or beer) and is already planning a calendar of tasting events at her new home: just in time for National Chocolate Week (15-21 October), the first takes place tomorrow and costs just £3.73 on eventbrite. Guest connoisseurs will also be hosting events, including craft subscription service Cocoa Runners.

I can see myself becoming a regular…