Does the ‘Shudehill Shard’ spell the end of the Northern Quarter as we know it?

Speaking to this writer three years ago, a Northern Quarter resident of long standing summed up the pride she felt in the neighborhood she’d grown up with. She’d worked the bars since the early years of the Night & Day, graduated to a lucrative tech job in the area, and made her home in an apartment in the centre of the district.

Having worked, played and settled in that semi-bohemian triangle between Piccadilly, Victoria and Ancoats, she’d built a life there.

“I was here when there was nothing. People take the piss because it’s too hipstery, and it is too hipstery, but I still love it. I love the fact that we’ve built something amazing here.”

The significance of Salboys’ so-called ‘Shudehill Shard’ development – billionaire Fred Done’s seventeen-storey glass tower due to go up on the corner with Back Turner Street - is that those objecting to it believe it will cast an irrevocable shadow across their community. City-centre councillors were shocked when the plan passed in June at the third attempt, and there were reportedly tears among residents who’d turned up to witness what they were expecting to be a victory.

After the previous rejection, Salboys had confidently added three more floors to its plans.

Why the rage? At a meeting earlier this month Angeliki Stogia, the executive member for Environment, Planning and Transport, fielded questions from some of those appalled that a giant bottle of 65 luxury apartments - set to retail at between £222k and £480k apiece - could be slammed down onto the edge of their parish.

Surely, they argued, it’s absurdly tall given the low-rise village surrounding it? And why glass in a district of beautiful old brick buildings? It will destroy the character of the area. It contributes nothing whatsoever to the neighbourhood, or to the social and affordable housing crisis in Manchester. And how hard have you tried to consult with us?

Cumulatively, these things suggest a breach in that fence protecting the quarter from a tide of corporate predation.

Piccadilly ward councillor Sam Wheeler puts it more explicitly. “If you owned any of the buildings along that line, as the tram goes up past the bus station, you’d assume that whoever has the freehold to the land will just sit there and think ‘Well, they got to build a tower, I’ll get to build a tower. And even if the council tell me now that I can’t build a tower, I’ll wait.'

“I think it’s terrible for those buildings. And bear in mind there’s another plan for Church Street which will be twenty-two storeys, at least.”

Lefty rapscallion Wheeler and his fellow Piccadilly ward members have asked Lucy Powell to write to Robert Jenrick, the Secretary of State for Housing, Communities and Local Government, requesting him to call-in the application.

If a planning application is called-in there will be a public inquiry chaired by a planning inspector or a lawyer, who will make a recommendation to the Secretary of State, who genuinely takes the final decision. Very occasionally this can lead to results, as with Bolton Council’s recent plan to allow Peel Holdings to build a thousand homes plus golf course in Westhoughton on condition that it secures the 2026 Ryder Cup. The public enquiry ordered by the minister in that case is reckoned to have scuppered Peel’s bid to bring the Pringle circus to a Grade II-listed heritage site.

The Secretary of State cannot call-in a planning application after the local planning authority has officially approved it but the 'shard' is still waiting on a section 106 agreement before it is granted full approval. 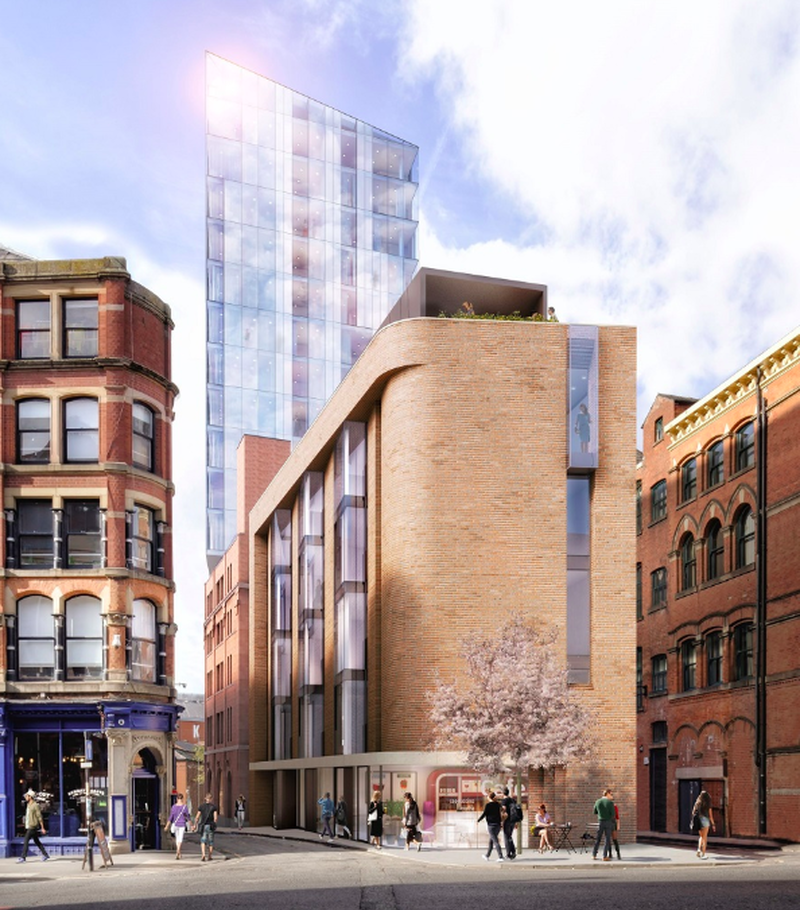 Failing that, the campaigners say their best shot is to petition the council not to sell the final parcel of land needed by Salboys to proceed with the development. That’s where the nail salon currently sits. The three Executive members required to sign off on that transaction are deputy leader Nigel Murphy, in charge of the land portfolio; Carl Ollerhead, the Executive member for Finance; and council leader Sir Richard Leese in his capacity as overseer of city centre urban development.

Resident Andy Brook is aghast at the news. “This is contemptible,” he says. “So many people have made their homes and built their businesses in the Northern Quarter and I think it’s an absolute betrayal of them. It feels like the council planning team are colluding with the developers against the very people who made the area. I try not to get too emotional about these things but I think the views of the individuals and businesses who’ve established themselves here should take a lot more prominence than they have. This will open the floodgates.”

Council planning officer Dave Roscoe, for his part, insists that the proposed site “is a site that detracts significantly from the Northern Quarter,” and "clearly needs investment."

At the Manchester City Council Planning Committee meeting on 27th June 2019, it was widely expected that Salboys would fail in its 3rd attempt to get permission to build its towering glass shard by Shudehill tram stop. pic.twitter.com/zjzpo4moZe
— sonnybeamz (@sonnybeamz1) July 11, 2019

So does the ‘shard’ augur the end of the Northern Quarter as we’ve known it, or is it merely a staging post in an ongoing evolution? Will tall buildings ruin the character of the neighbourhood and change the colour of the money flowing in?

Does the council no longer have the back of the Northern Quarter?

Where in Manchester will there be any character left at all?